Rep. Crenshaw, MSNBC host clash over situation at the border

White House press secretary Jen Psaki on Monday blamed President Biden’s Friday fall on the “tricky” steps leading up to Air Force One after her deputy initially blamed the wind.

Psaki said at her daily press briefing that Biden is “100 percent fine” after repeatedly falling up the stairs to Air Force One at Joint Base Andrews in Maryland ahead of a flight to Atlanta.

“I don’t know if you’ve been up those steps, they’re a little tricky sometimes,” Psaki said.

She said she was “not aware” of whether a doctor evaluated Biden, 78, after he fell.

“It’s pretty windy outside. It’s very windy. I almost fell coming up the steps myself,” Jean-Pierre said at the time.

According to the National Weather Service, Joint Base Andrews experienced winds of more than 20 miles per hour Friday morning with gusts up to 25 mph. The stiff breeze did not prevent the plane from lifting off or the Marine One helicopter from transporting Biden from the White House. 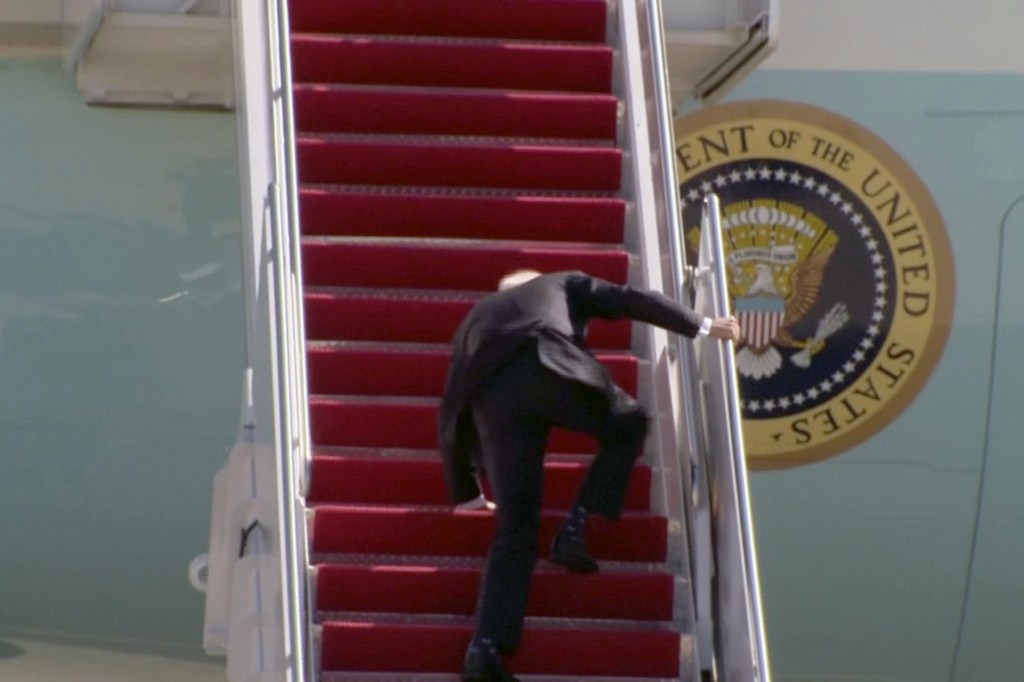 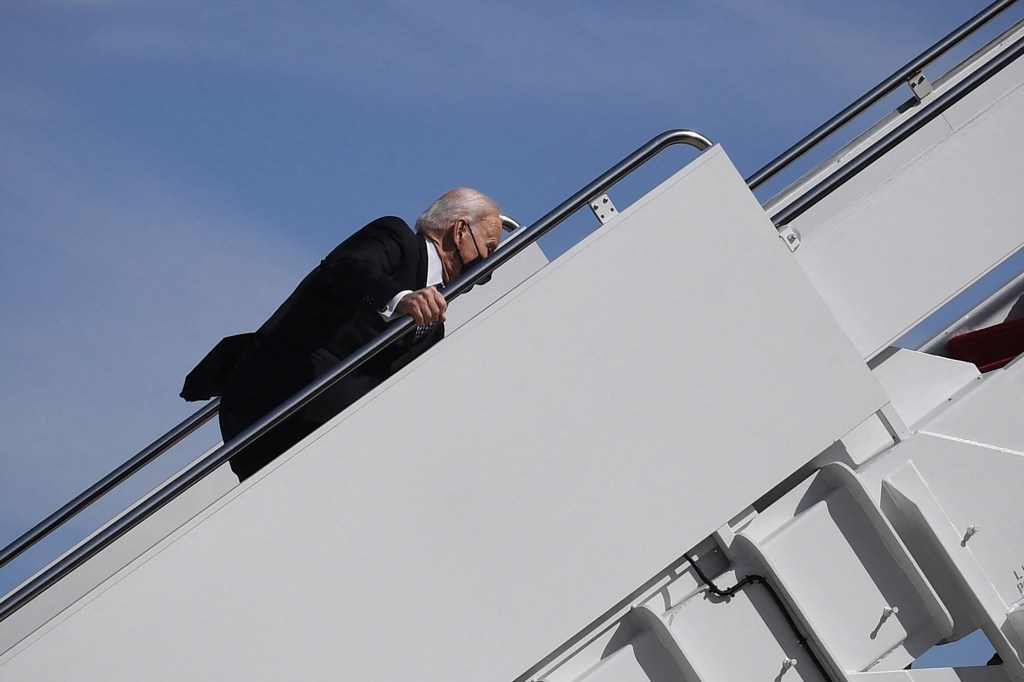