A bizarre public bathroom design has raised questions in a local community after photos posted online show the urinals are visible from the outside.

The photos were posted to the Facebook group ‘Bayside Community’ on Tuesday, showcasing how the public toilets can be seen along Grand Parade, San Souci, in Sydney’s Bayside Council.

A resident named Faviolitza posted the intriguing photos and said: ‘Is this a joke? Who thought it was a good idea to build public toilets which have the urinals on show from the outside?’

The photos, which were taken at night, visibly show the men’s urinals from the street – a result of the interesting wooden pole design crafted by the council.

Each pole has a large gap between it with the bright lights beaming down in the bathroom failing to obscure the figures using the toilets inside.

Many in the community have voiced their concerns and confusion about the design and don’t understand why the local council didn’t realise the problem during its construction.

One person wrote on the post: ‘How on earth didn’t this get picked up in the design stage, or during the construction stage? No one deserves to be visible like this, they need to fix this right away.’

‘I wouldn’t want my son to be visible from the outside nor would I want my daughters to see this,’ added another.

Another said: ‘Hopefully council can make some changes to respect privacy.’

But some members within the local community page believe it may have been done for safety reasons.

‘Looks to me like a design for increased security at night,’ said one member, while another added: ‘It’s to discourage vandalism among other things’.

A mother also commented ‘I’d rather send my son in there knowing there was no danger’.

Bayside Council has been contacted about the design of the bathroom. 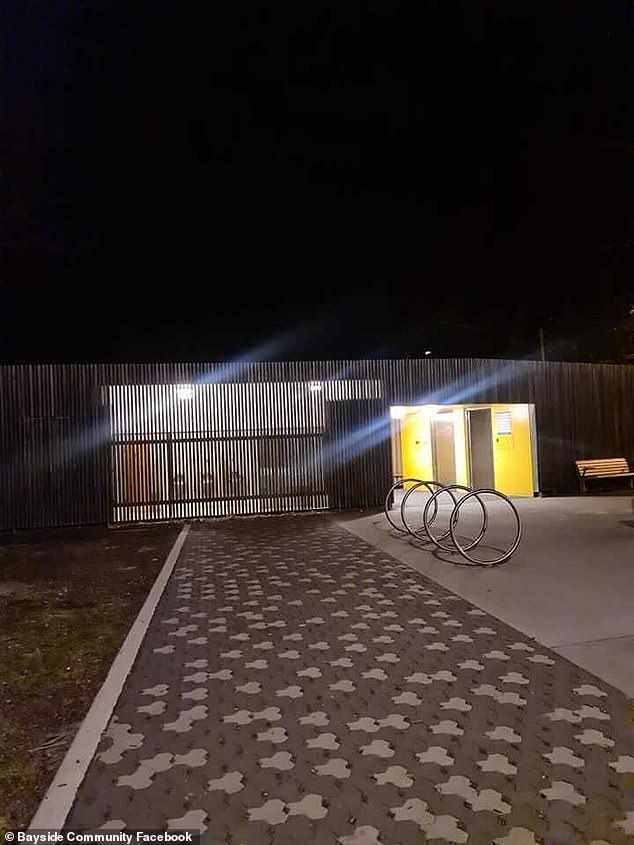