ASTONISHING claims made on Russian state TV suggest that Vladimir Putin should consider going nuclear if NATO doesn’t back down on their demands over Ukraine.

The crazy doomsday threat, made by a number of leading figures, came as Ukraine demanded NATO membership in response to Moscow troops, tanks and missiles on its borders. 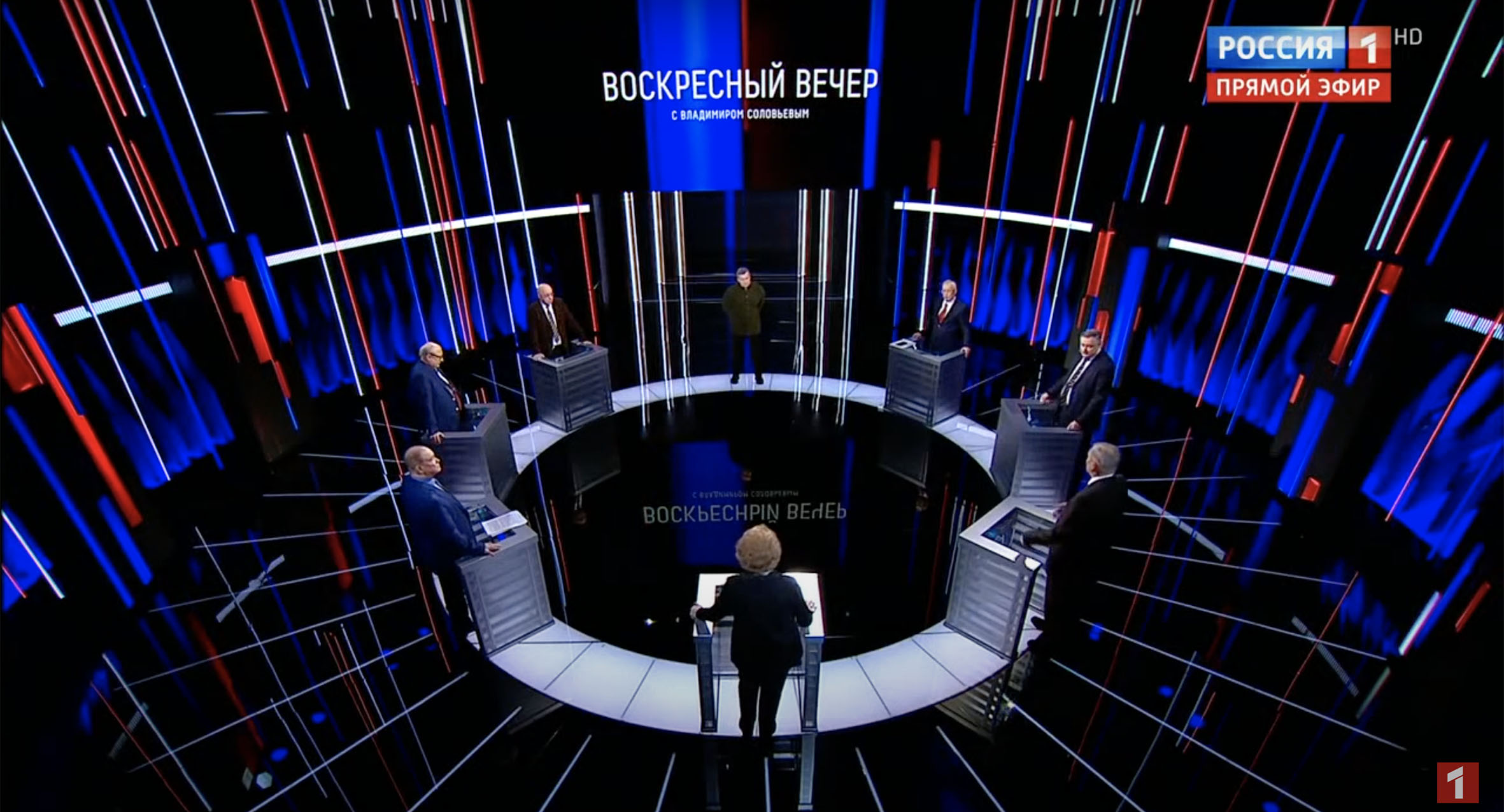 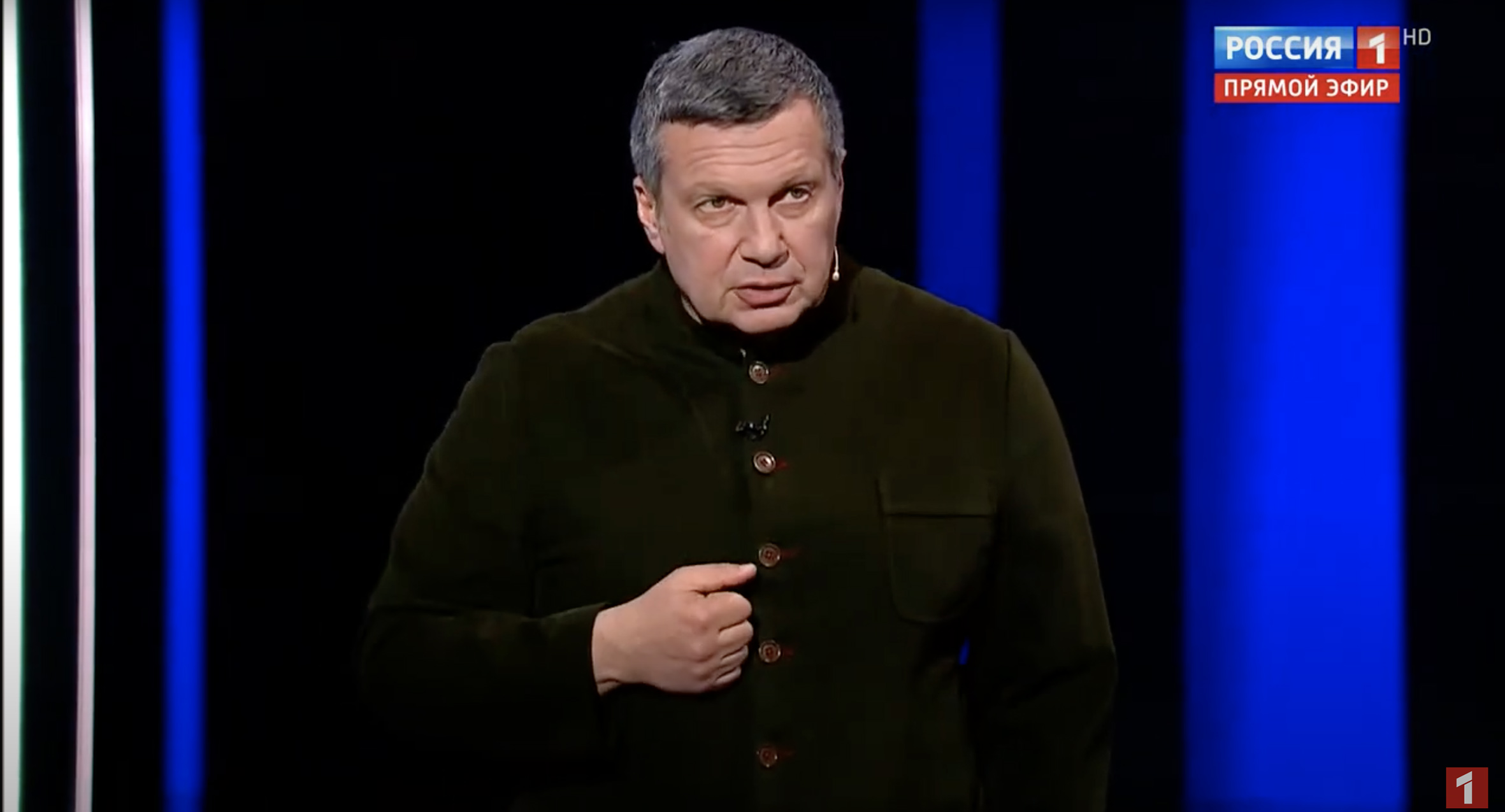 In a prime time TV discussion, Putin ally, Vladimir Solovyev, made clear that Russia could never surrender control of the Donbass rebel area, despite repeated demands from the western powers.

He posed the question to Russian military analyst Mikhail Khodarenok asking: “How soon before the fight on Ukrainian land with NATO troops will lead to a nuclear conflict?”

The former Red Army colonel and defence expert replied: “This is strictly my personal judgement. I believe that any conflict can be stopped by our side threatening to deploy at least tactical nuclear weapons.

“Any conflict will stop in this case.”

The comments come as the Ukrainian military bolstered it’s border defence as Kiev warns of the increasing risk of a Russian attack.

Russia had been demonstrating its military might with the launch of 10 powerful anti-aircraft missiles capable of hunting down and destroying enemy jets near Ukraine's border.

The footage showing the high-tech equipment in operation was part of a military operation taking place in a remote region near Ukraine.

Amid the impeding threat, Ukrainian president, Volodymyr Zelenskiy, called for NATO to lay out a path for the country to join the Western military alliance.

“NATO is the only way to end the war in Donbass," Zelenskiy told NATO Secretary General Jens Stoltenbergin a phone call. 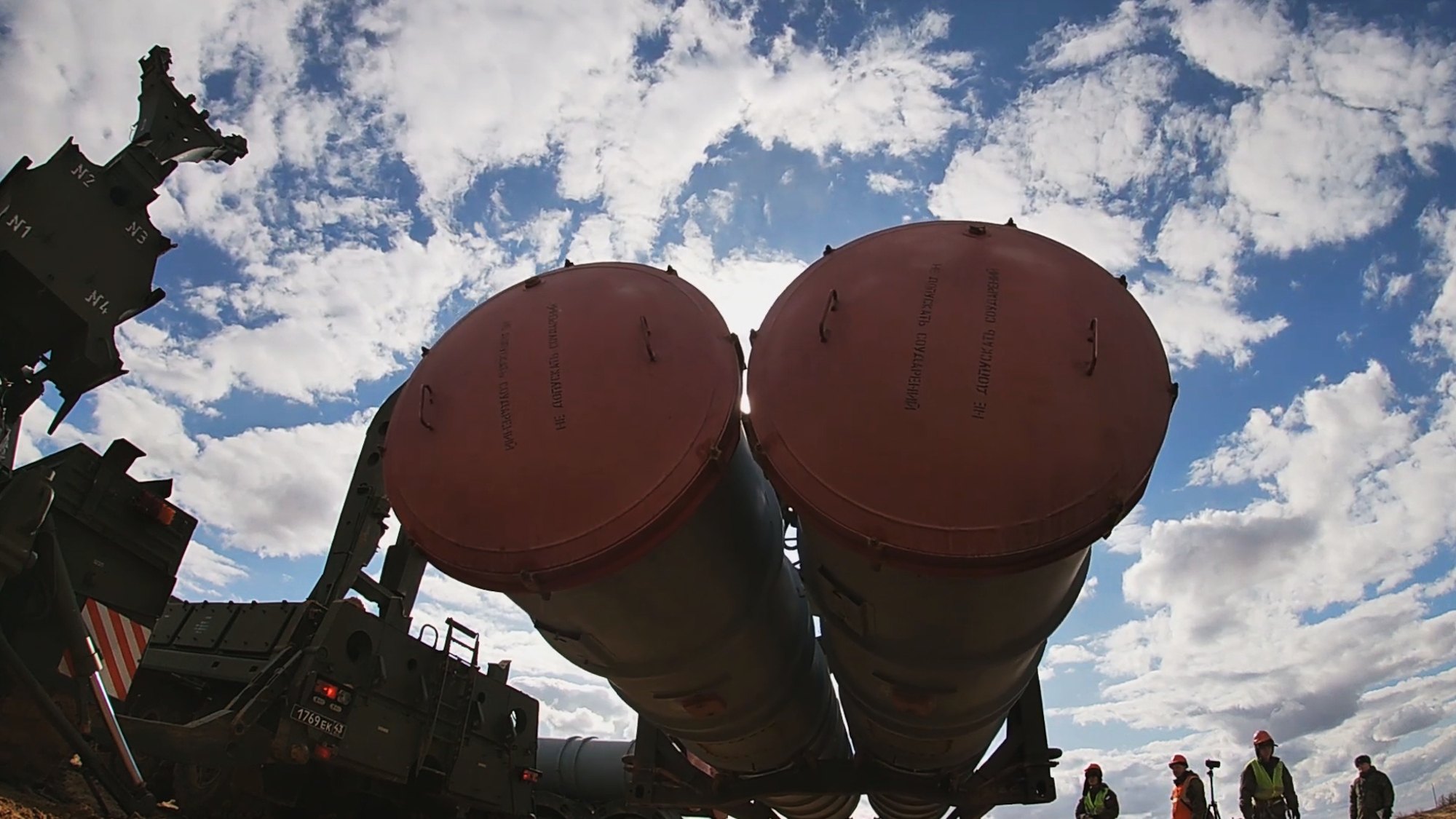 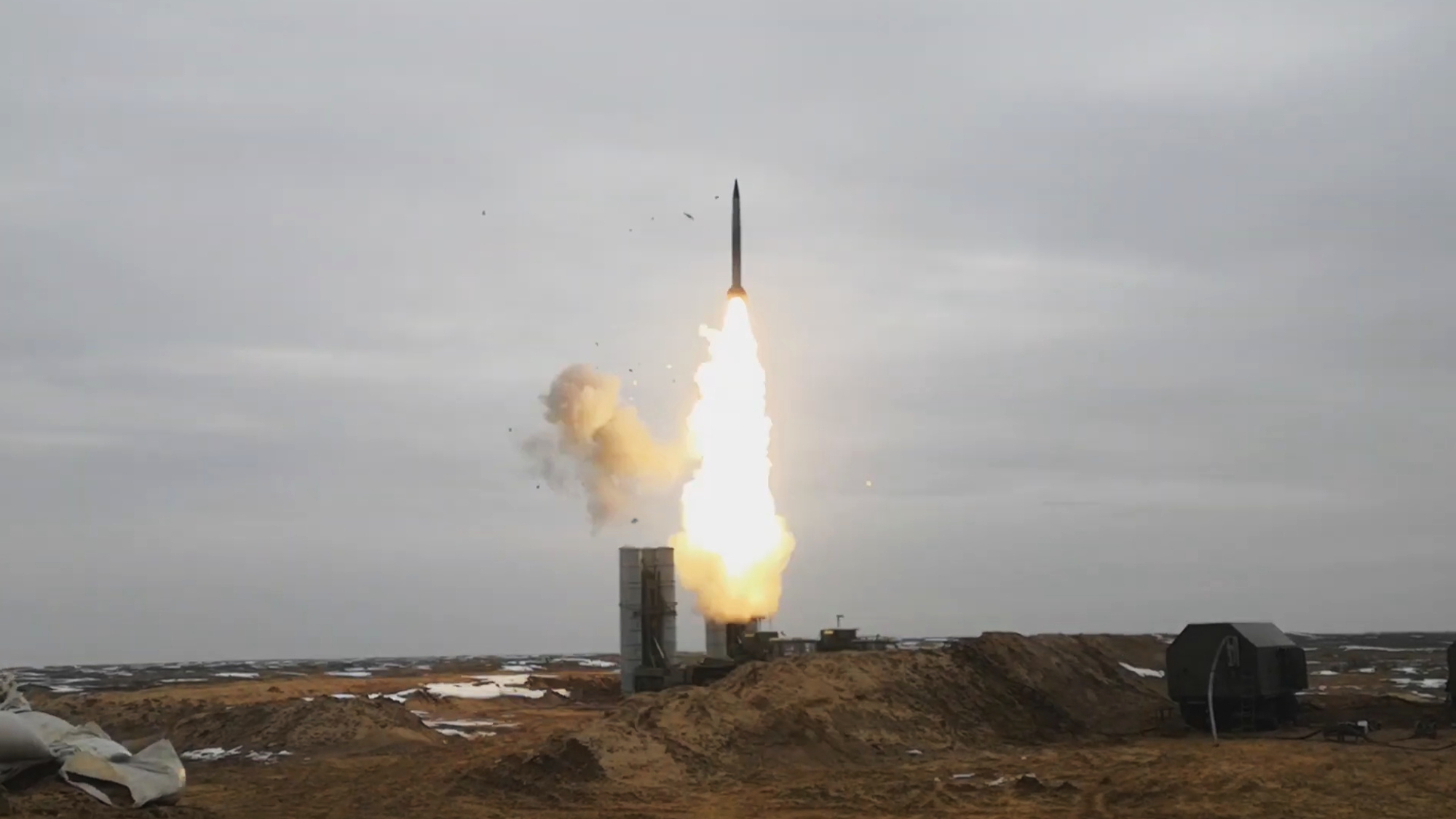 This move was backed by British Prime Minister Boris Johnson who pledged his "unwavering" support for the Ukrainian government over the escalation of tensions in the region.

In a tweet, Zelensky thanked the British Prime Minister for his support against what he described as a “serious challenge to the security of NATO members” and said his nation was “not alone” and was “supported by the G7 nations.”

However, as they accused Ukraine of using the demand to fuel destabilisation in the region, Russia warned Ukraine that by strengthening their ties with NATO it would only worsen the current situation.

Furthermore, many pro-Putin voices have called for military action to bring Donetsk and Luhansk regions, now rebel held, into Russia.

The significance of such a demand comes just over seven years after the Crimea peninsula was annexed in a similar fashion from Ukraine by Russia during February and March 2014.

The conflict was one the worst crisis in East-West relations since the Cold War, which escalated after Ukraine's pro-Kremlin president, Viktor Yanukovych, was driven from power after violent protests.

At the time, forces backed by Moscow seized control of the Russian-speaking Crimea region in a bid to “repatriate their citizens.”

In a hastily organised vote on March 16, 2014, deemed illegal by Ukraine and the West, the people voted to join Russia.

Consequentially, with a similar dispute now unfolding with their neighbours once again, the Pentagon has called on Russia to clarify its intentions over troop movements to the Ukrainian border.

It includes the redeployment of troops and military equipment from Siberian bases.

The Defence Department spokesman John Kirby said: "The intent is not completely clear, and I believe our State Department colleagues called on Russia to make their intentions known."

He added: “It is concerning and we continue to monitor it.”,