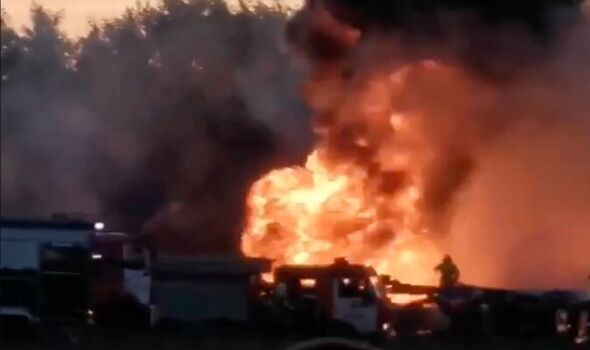 The Ilyushin-76 was reportedly on its way to Ukraine after refuelling in Ryazan.

It is understood to have taken off from Orenburg in Belgorod, north of the border between Russia and Ukraine.

Nine people are believed to have been on board when the plane crashed.

Several passengers have reportedly died while survivors have been rushed to hospital after being dragged from the wreckage.