VLADIMIR Putin has hit back at Joe Biden after he branded him a "killer" by saying "it takes one to know one".

The Russian president retaliated today with the childish jibe after the US leader denounced him and said he would "pay a price" for election meddling. 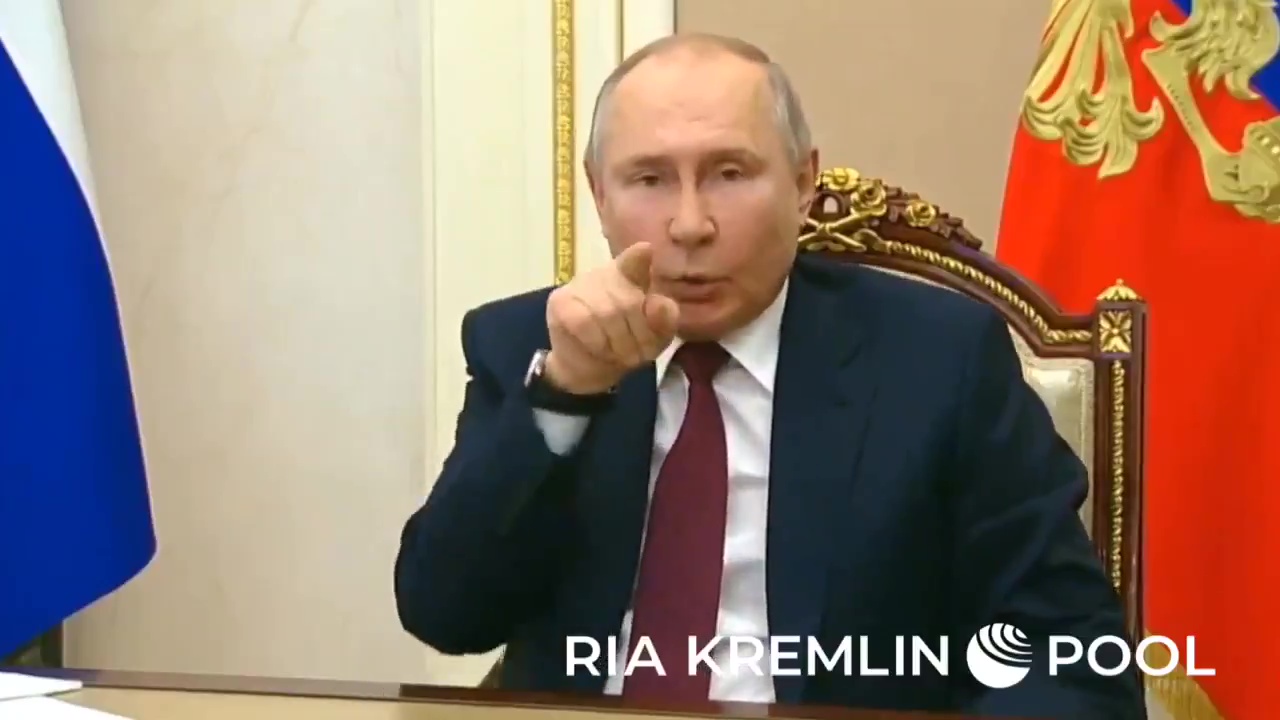 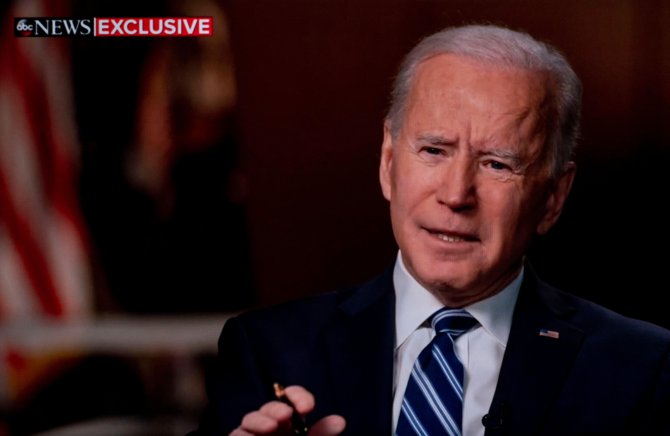 In response, Putin said: "We always see in another person our own qualities and think that he is the same as us."

Russia also dramatically recalled its US ambassador back to Moscow on Wednesday after Biden described Putin as a "killer".

When asked if Biden believes Putin is a killer during a revealing interview with ABC's George Stephanopoulos, the president replied: "Mmm hmm, I do."

Now, Putin has said the Biden's remarks about him reflect US own past and current problems during a video call with residents of Crimea marking the anniversary of its 2014 annexation from Ukraine.

The Russian leader pointed at America's past history of slaughtering Native Americans and slavery, arguing that the painful legacy has weighed on the United States.

"Otherwise where would the Black Lives Matter movement come from", he said.

He added that Russia would still cooperate with the United States where it answers Moscows interests.

Biden was also asked about a US chief intelligence brief that was issued on Tuesday stating that President Vladimir Putin "authorised" and oversaw covert operations aimed at "denigrating Biden's candidacy".

However, Biden told Stephanopoulos that he had warned Putin of a potential response during a call in January.

"And the conversation started off, I said, 'I know you and you know me. If I establish this occurred, then be prepared'."

Biden also said that when he told Putin that he does not think he has a soul, the Russian President replied: "We understand each other." 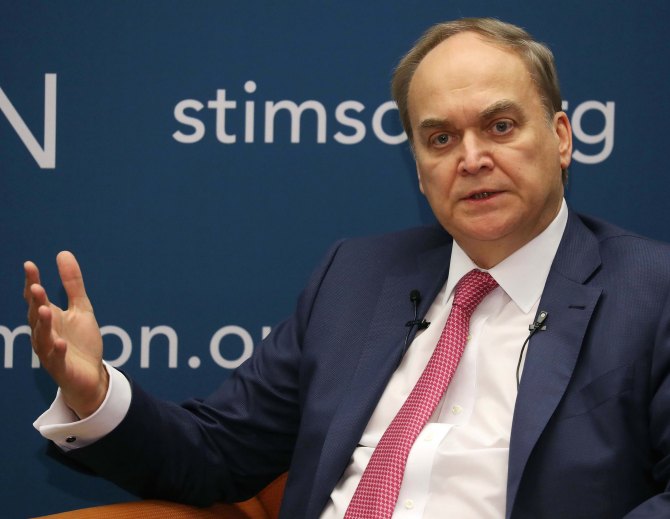 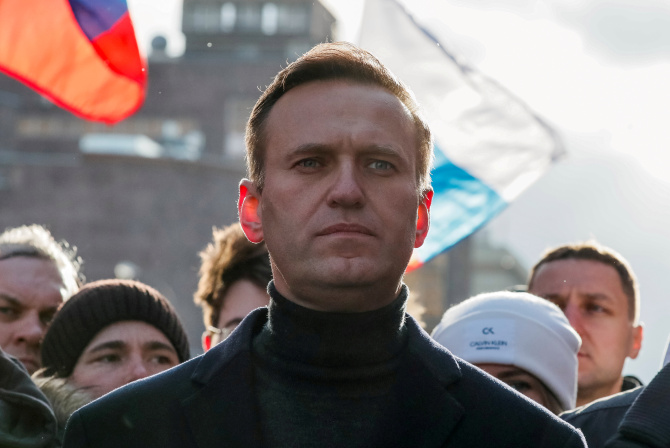 It comes after the US carried out an air strike which targeted militia in Syria in February, the first military ordered by Biden.

During the Obama administration, while Biden was vice-president, drones were used to bomb Middle East countries.

According to US intelligence officials, as many as 117 civilians had been killed in drone and other counter terror attacks in Pakistan, Yemen and elsewhere during Obama's presidency.

Biden’s comments came as the US Commerce Department announced it was toughening export restrictions imposed on Russia as punishment for Kremlin critic Alexei Navalny's poisoning.

The Russian foreign ministry said: "The Russian ambassador in Washington, Anatoly Antonov, has been invited to come to Moscow for consultations conducted with the aim of analyzing what should be done and where to go in the context of ties with the United States."

But in Washington, the State Department merely noted the Russian move and said the United States will "remain clear-eyed about the challenges that Russia poses".

A State Department spokeswoman said the US envoy would remain in Moscow in the hopes of maintaining "open channels of communication" and in order to "reduce the risk of miscalculation between our countries".

Meanwhile, a top Russian lawmaker has raged at Biden’s comments.

Vyacheslav Volodin, who is speaker of Russia's parliament, the Duma, said: "Biden's statement today is beyond common sense.

"The leader of a country that claims to be the bearer of democratic principles and morality cannot behave this way. 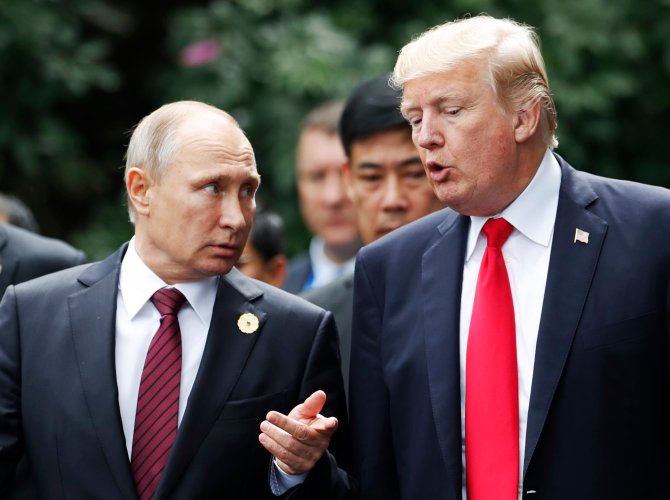 "Nobody is allowed to talk like that about our head of state.

"This is hysteria that comes from impotence."

He added: "Vladimir Putin is our president. Attacks on him are attacks on our country."

A document on foreign threats said that Russia also aimed to "denigrate" the Democratic Party, "supporting former President Trump, undermining public confidence in the electoral process, and exacerbating sociopolitical divisions in the US."

However, "unlike in 2016, we did not see persistent Russian cyber efforts to gain access to election infrastructure," the report added.

The findings comes after state and federal judges dismissed more than 50 lawsuits presented by then President Trump and his allies challenging the election or its outcome.

The report noted, however, there are "no indications that any foreign actor attempted to alter any technical aspect of the voting process in the 2020 US elections, including voter registration, casting ballots, vote tabulation, or reporting results.

"We have high confidence in our assessment; Russia state and proxy actors who all serve the Kremlin's interests worked to affect US public perceptions in a consistent manner.

"A key element of Moscow's strategy this election cycle was its use of proxies linked to Russian intelligence to push influence narratives – including misleading or unsubstantiated allegations against President Biden – to US media organizations, US officials, and prominent US individuals, including some close to former President Trump and his administration."

Despite threats, foreign hackers didn’t disrupt the 2020 US Presidential election, according to a report from the Office of the Director of National Intelligence.

However, it added: "We identified some successful compromises of state and local government networks prior to Election Day.

"We assess these intrusions were parts of broader campaigns targeting US networks and not directed at the election.

"Some foreign actors, such as Iran and Russia, spread false or inflated claims about alleged compromises of voting systems to try to undermine public confidence in election processes and results.

"We assess that President Putin and other senior Russian officials were aware of and probably directed Russia's influence operations against the 2020 US Presidential Election.

"The primary effort the IC uncovered revolved around the narrative – that Russian actors began spreading as early as 2014 – alleging corrupt ties between President Biden, his family, and other US officials and Ukraine.

"Russian intelligence services relied on Ukraine-linked proxies and these proxies' networks – including their US contacts – to spread this narrative to give Moscow plausible deniability of their involvement.

"We assess that the goals of this effort went beyond the US presidential campaign to include reducing the Trump administration's support for Ukraine.

"As the US presidential election neared, Moscow placed increasing emphasis on undermining the candidate it saw as most detrimental to its global interests.

"We have no evidence suggesting the Ukrainian Government was involved in any of these efforts."

It also insisted that President Putin "had purview over the activities of Adriy Derkach, a Ukrainian legislator who played a prominent role in Russia’s election influence activities."

Derkach, a member of Ukraine’s parliament and a 1993 graduate of a Russian spy academy, has aired corruption allegations against Biden and his son, Hunter.

Last year, Derkach released this year what he said were recordings of conversation between former Ukrainian President Petro Poroshenko and Biden when Biden was vice president during the Obama administration.

That effort was flagged in a US intelligence assessment back in August that warned of Russian interference in the upcoming election, and specifically efforts to denigrate Biden.

Tuesday's document echoes what the Department of Homeland Security's cyber department determined the day after the election.

"Over the last four years, the Cybersecurity and Infrastructure Security Agency (CISA) has been a part of a whole-of-nation effort to ensure American voters decide American elections," CISA said at the time.

"Importantly, after millions of Americans voted, we have no evidence any foreign adversary was capable of preventing Americans from voting or changing vote tallies."

Aside from Russia, the report showed that Iran, for its part, conducted a covert influence campaign aimed at undermining Trump’s reelection prospects.

However, China did not meddle on either side in a likely reflection of its desire for a stable relationship with the US.