The Russian President had been mooted to attend a G20 summit in Bali, Indonesia later this year by the nation’s President Joko Widodo, along with China’s Xi Jinping. Beijing has yet to confirm whether its leader would be at the summit in person.

But in a briefing held today in Indonesia’s capital, Jakarta, Lyudmila Vorobieva, Russia’s ambassador to the country said Putin intends to be there.

It is the first time Moscow has said definitively that the despot would attend in-person, and the first meeting in which he will sit across from non-aligned world leaders since the invasion of Ukraine began in February.

Ms Vorobieva said that his physical presence on the Indonesian island would be dependent on Covid prevalence, security concerns and the state of the war – suggesting he may cower from the limelight if the military tide was turning against him.

Six months into what is already being described as a war of attrition, and the Russian armed forces continue to struggle to assert any lasting control, despite on paper being the superior military. 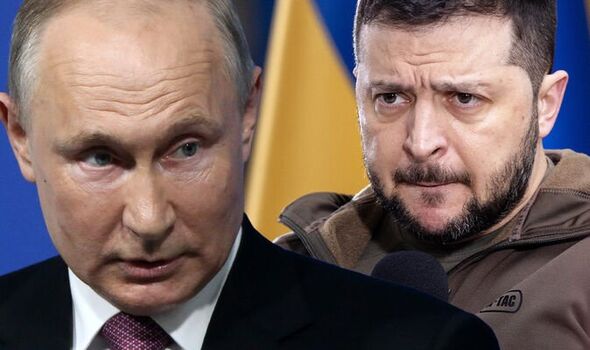 Russian forces have occupied much of the sympathetic Donbas region to the east of the embattled nation and a swathe of the south, but have come under heavy fire in key areas such as Kherson in recent weeks.

Ukraine’s military has made use of Western-supplied missiles to pinpoint Russian military targets in the region, halting a planned referendum in the region – widely seen as an attempt to give legitimacy to the occupation.

Ukrainian armed forces and resistance fighters have been able to inflict lasting damage in Crimea as well – annexed by Russia since 2014 – believed to have crippled the Black Sea fleet aiding ground assaults in the south.

On the backdrop of a war Putin started and, by the time the summit takes place, will be nearly nine months into with no sweeping gains, he may come to breath the same air as the Ukrainian President. 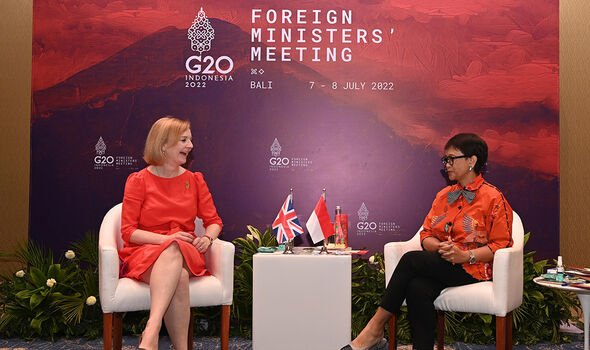 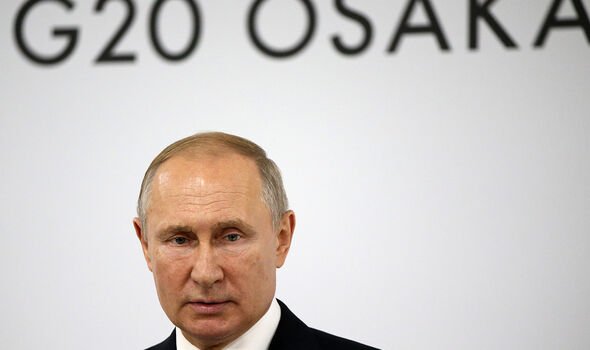 Mr Zelensky said at the end of June he had accepted an invitation to attend the summit, but said Ukraine’s participation would “depend on the security situation in the country and on the composition of the summit’s participants” – a thinly-veiled reference to Putin.

Regardless of Ukraine’s presence at the summit, Putin will still be taken to task by the UK’s new Prime Minister.

Ms Truss pledged during a leadership debate with Rishi Sunak that she was prepared to face him directly and “call him out in front of those very important swing countries like India and Indonesia”. 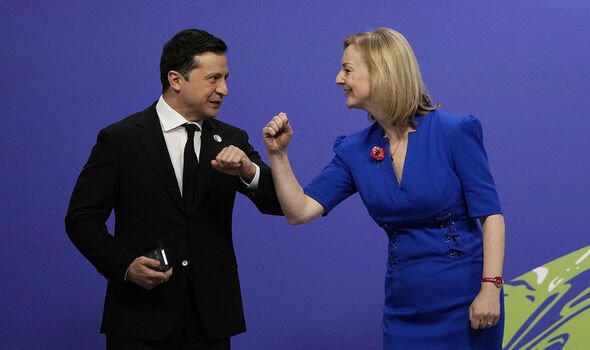 Ms Truss’s campaign said at the time she stood by her earlier comments.

Despite previous attempts to mock the then-Foreign Secretary, the Kremlin appeared to view Ms Truss as perhaps an even more avid supporter of Ukraine than Mr Johnson.

Shortly before she was announced as the winner of the Tory leadership contest on Monday, Dmitry Peskov, Putin’s spokesperson, said of relations with the UK: “I wouldn’t like to say that things can change for the worse, because it’s hard to imagine anything worse.

“But unfortunately, this cannot be ruled out.” 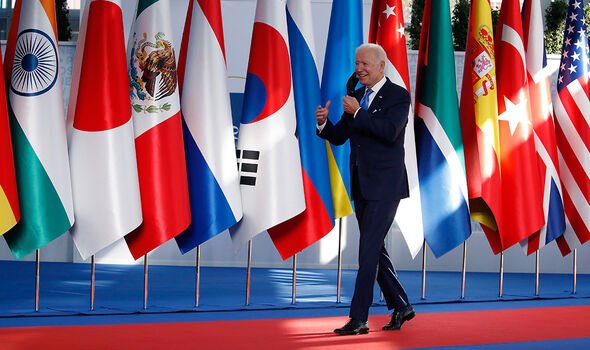 Mr Zelensky, meanwhile, welcomed the new leader, stating: “We in Ukraine know her well – she has always been on the bright side of European politics.

“And I believe that together we will be able to do a lot more to protect our nations and to thwart all Russian destructive efforts. The main thing is to preserve our unity, and this will definitely be the case.”

The US President, meanwhile, earlier called for Russia to be removed from the G20 bloc altogether, and American officials had been pressuring Indonesia to exclude Putin from the summit.

Mr Biden is still expected to attend the summit, but has not yet publicly stated whether he will.

In a congratulatory call with Ms Truss after she was made Britain’s new Prime Minister yesterday, the two leaders vowed “continued close cooperation on global challenges, including supporting Ukraine as it defends itself against Russian aggression” and “addressing the challenges posed by China”.