Queen Mother demanded RAF created a no-fly zone over the Castle of Mey in the Highlands so she could enjoy afternoon naps in peace, documents reveal

The Queen Mother demanded a no-fly zone over her Scottish Highlands retreat so she could enjoy her afternoon nap in peace, it has been revealed.

They royal, who was commandant-in-chief of the RAF Central Flying School, had bought the semi-derelict Castle of Mey in Caithnessas for £100 in 1952, intending to use it as a holiday home.

But official correspondence now reveals she raised a formal complaint on one of her yearly visits to the fortress and ordered one of her staff to contact the Ministry of Defence after low-flying jets disturbed her sleep, The Times reports.

Staff at the castle said Queen Elizabeth the Queen Mother would take an afternoon nap at around midday after her first drink of the day – a mixture of one part gin and two parts fortified wine.

A letter dated August 12, 1993, eight days after the Queen Mother turned 93, confirms the installation of a ‘special protection’ zone to not disturb the royal while she is in residence at the castle, near John O’Groats.

It reads: ‘Following your telephone call yesterday about low flying over the Castle of Mey while HM the Queen Mother is in residence I thought it might be helpful to confirm the arrangements that have been made. 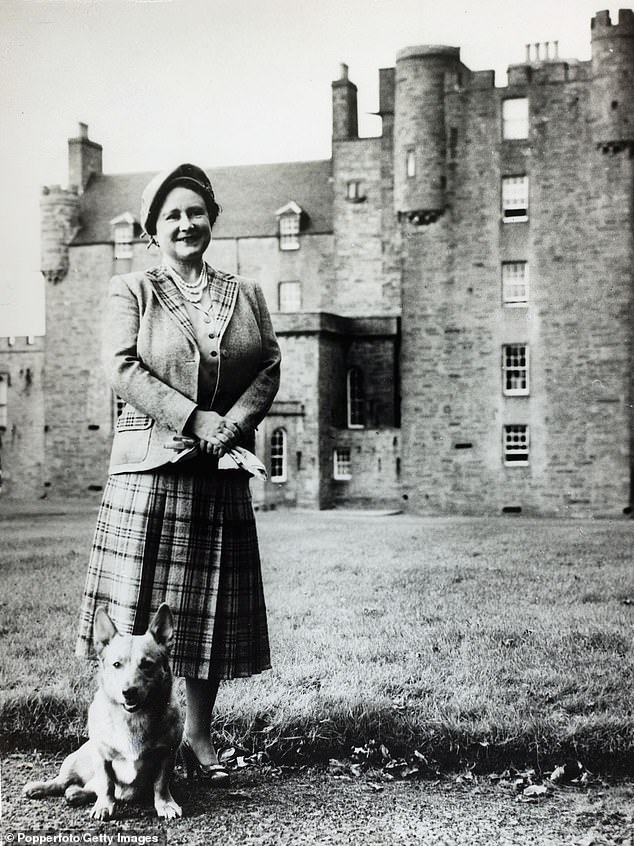 October 1955: H,M,Queen Elizabeth The Queen Mother with her pet corgi Honey at her Caithness home, The Castle of Mey which had just been renovated and modernised

‘The castle will receive special protection from low flying (which will extend to two nautical miles laterally and two thousand feet vertically) until the Queen Mother leaves on August 27.

‘While we can give no guarantee that aircraft are not seen in the vicinity, this should ensure that Her Majesty is not disturbed… Similar arrangements can be made for future periods when the Queen Mother is in residence. I understand that this is usually during the month of August.’

And a memo by Lieutenant Colonel JJD Cox also alludes to the creation of a ‘special protection zone over the Castle of Mey’, created by the Royal Air Force. 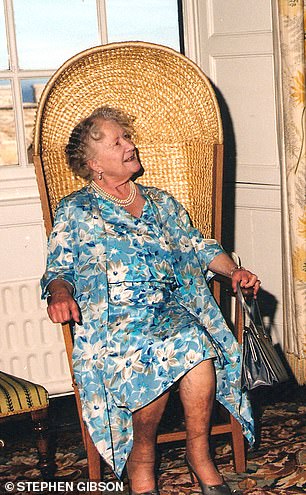 The Queen Mother, who had an estimated fortune of £70 million, had in 1956 told an equerry to contact the Ministry of Works – tasked with rebuilding postwar infrastructure – after finding mildew and leaking in the castle’s walls, sparking a party of experts to urgently investigate and repair.

The Castle of Mey was owned by the Queen Mother and the Queen from 1952 until 1996, when it was gifted to the public as a historic building.

For three weeks every August, the Queen Mother would decamp to her beloved Scottish retreat near John O’Groats. ‘One feels so beautifully far away,’ she said of her ‘dear little castle by the sea’.

She used the Caithness property to entertain friends and escape the hustle and bustle of London.

She enjoyed taking her meals in the dining room, which offered her stunning views, and traditional Scottish fare such as ‘clootie’ dumpling (‘cloot’ being the Scots for the cloth in which the suet is boiled) and foil-wrapped ‘dishwasher salmon’ (one cycle has a similar effect to poaching and delivers perfect results, apparently) were among her favourite dishes.

Queen Elizabeth first saw what was then Barrogill Castle in 1952, while mourning her husband, King George VI.

Falling for its isolated charm, she bought the most northerly castle on the British mainland, restored it and created beautiful walled gardens.

Queen Elizabeth, who died in March 2002, aged 101, enjoyed a low-key lifestyle there.

It was not a place to everyone’s liking, though. For one thing, it was exceedingly draughty, prompting some members of the Royal Family to describe the ‘dear little castle’ as ‘the fridge’.

The notoriously plain-speaking Princess Margaret was even blunter. ‘I can’t think why you have such a horrible place as the Castle of Mey,’ she once told her mother.

To which Her Majesty replied: ‘Well, darling you needn’t come again.’

The castle fit for a Queen Mother: Bought for £100 in 1952, the shabby Scottish retreat beloved by Her Majesty 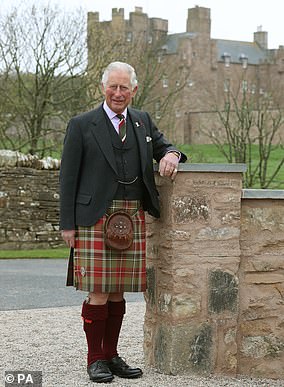 Pictured: Prince Charles in front of the Castle of Mey

The Castle of Mey, built in the mid-16th Century by George, the 4th Earl of Caithness, was visited three centuries later by HM Queen Elizabeth The Queen Mother, who fell in love with the fortress, despite its shabby condition.

She had seen the castle, which was then known as Barrogill Castle, in 1952 while staying with Commander and Lady Doris Vyner at the House of the Northern Gate on Dunnet Head, a short distance to the west.

Her Majesty bought it for £100 that year and changed its name back to The Castle of Mey, beginning the renovation and restoration of the landmark, along with its gardens and parklands, which reached about 30 acres.

She opened the gardens in aid of Scotland’s Gardens Scheme for three days a year – a tradition which trustees still continue.

The Queen Mother would spend three weeks each August at the castle and return for roughly ten days in October.

When it was bought in 1952, the castle was surrounded by just 30 acres of parkland, or ‘policies’ as they are sometimes called.

The castle, along with its gardens and policies, were all in a poor state but were restored by The Queen Mother between 1953 and 1955.

On June 11, 1996, the Castle of Mey Trust was established, with The Prince of Wales as president, with the aim of managing the property.

After 2002, the Trust opened the castle for five months each summer to generate revenue that would sustain it. 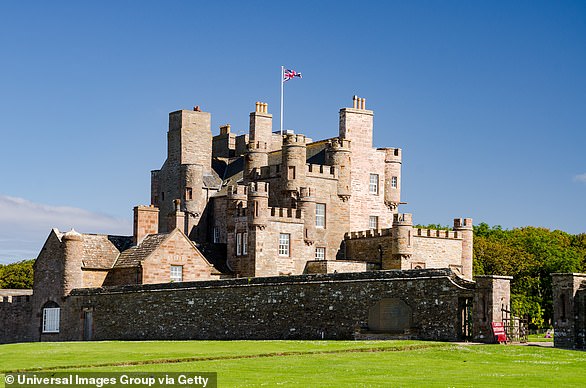 The Castle of Mey, on the North coast of Scotland, was owned by the Queen Mother and is where Charles stays for a fortnight each August (pictured)

Maintenance work, including roof repairs, rewiring of the interior and lime harling of the exterior, was completed by the Trust in 2018, and on 1 January 2019, stewardship of the Trust passed to The Prince’s Foundation.

The president of the Foundation is Charles, Prince of Wales – officially the Duke of Rothesay while in Scotland.

Since 2019, he has been the president of the Castle of Mey Trust and its sole Trustee, through the Foundation.

A spokesperson writes on the castle’s website: ‘HRH The Prince Charles, Duke of Rothesay, has shown great commitment to furthering the Trust objectives as President and visits at least once each year, renting the castle for a few days each August.

‘He has done a huge amount for the Trust and we thank him for his continued support.’

A report from January 2021 claimed the Castle of Mey was valued only at £1million – a significant mark-up from its £100 price tag 70 years ago, but still less than the £1.7million average for a terraced property in west London.