REMAINER Speaker John Bercow held a secret meeting with an EU chief who said Brussels will back a Brexit extension if voters get another referendum.

David Sassoli said the pair “fully agreed” when they held their chummy talks in London – enraging Brexiteers who called the meeting “disgraceful”. 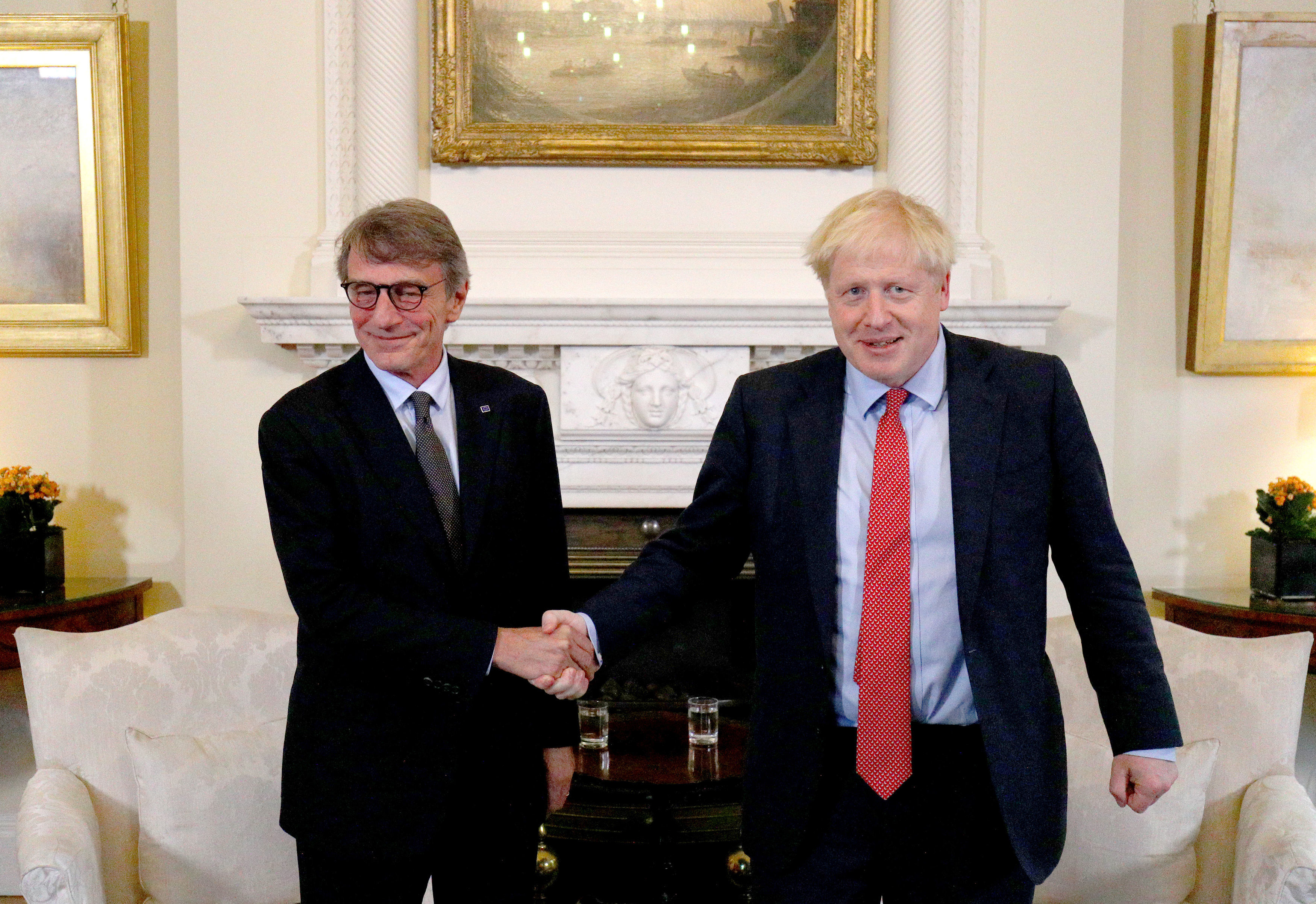 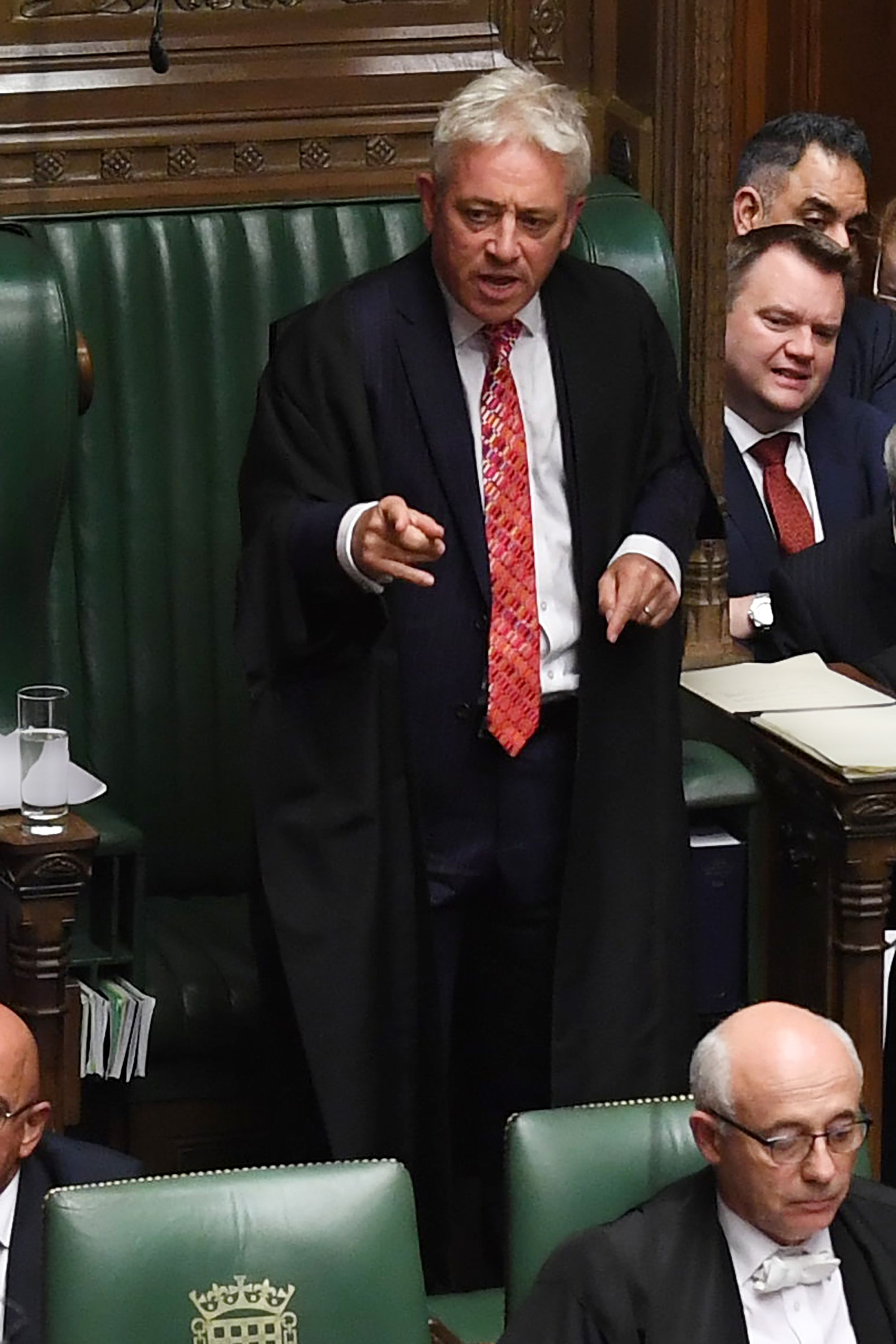 Mr Bercow – who once had a B******s sticker on his car – is an ardent Remainer and has repeatedly vowed to help anti-Brexit MPs stop No Deal.

Mr Sassoli, whose job is the equivalent of the Speaker, said he "set out my view that any request for an extension should allow the British people to give its views in a referendum or an election.

"Speaker Bercow and I were very much on the same wavelength on the importance of the respective roles of our parliaments in managing Brexit.”

The European Parliament President added: “ There is also a common awareness that a disorderly exit of the United Kingdom from the European Union would be against the interests of British and European citizens.”

Brexit Party boss Nigel Farage was furious that the Speaker – who is supposed to remain impartial – held the meeting.

He fumed: “Here in Brussels, new Euro parl President David Sassoli confirms a meeting with John Bercow in which they agreed to work to prevent a clean break Brexit.

"What right does the Speaker have to do this? Disgraceful!"

While chairman Richard Tice said he was “gobsmacked”.

He tweeted: “Here in Brussels new President Sassoli admits in chamber that he has bypassed the UK PM and Govt and is now in direct discussions with Bercow about Brexit negotiations."

Let me be very clear Mr Sassoli, you have no right to go and speak with the UK Speaker having conversations that are directly interfering into our domestic politics

She said: “Let me be very clear Mr Sassoli, you have no right to go and speak with the UK Speaker having conversations that are directly interfering into our domestic politics.

“It exposes your intentions to intervene at all levels to stop Brexit, it is immoral, shame on you.”

"He refused to take my urgent question on what authority they had to have these discussions."

Mr Sassoli’s talks with the Speaker come after he met Boris Johnson yesterday.

The EU chief said it was “painful” to think that a No Deal Brexit is a possibility.

He told Sky News: “There could be problems with economy, security… there could also be a catastrophe.

”We don't know that. And that's why I invited PM Johnson to feel this responsibility." 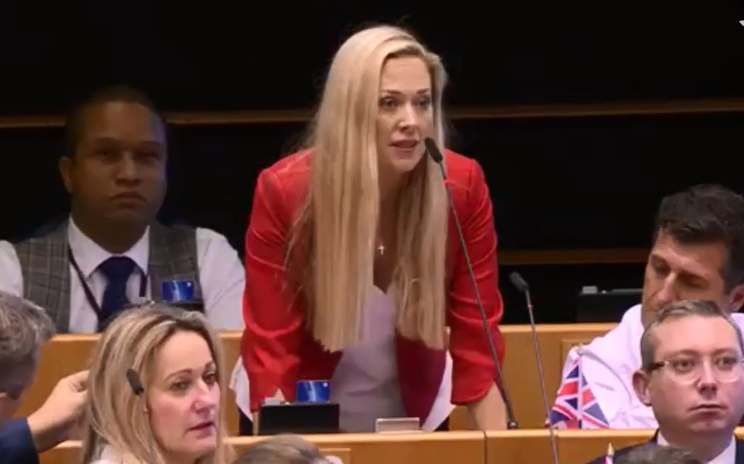