A RESTAURANT caught two “shameful” dine-and-dashers after they’d forgotten they had left track and trace details.

Ziggy’s in St. Andrew’s, Scotland, said the duo made a dash for the exit after not paying their bill – but left behind their contact information and a pair of kids’ wellies in the mad rush. 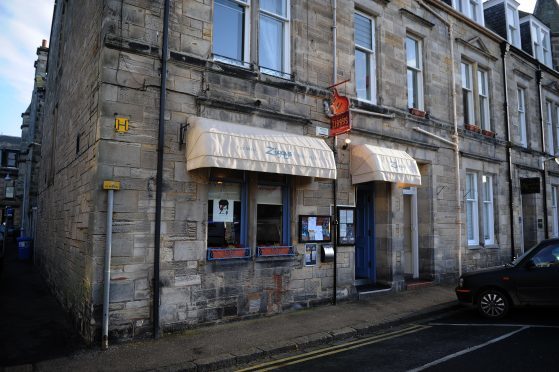 The two women arrived at the restaurant without a reservation on Monday, and were accompanied by two children and a dog.

They then provided the venue with a name and phone number, as is required under coronavirus regulations.

But the pair fled the restaurant just minutes after finishing their food -and ended up in a screaming match with a Deliveroo driver who noted down their number plate.

Restaurant staff later called the phone number they had provided and offered to let the women settle up – but were bombarded with abuse.

In a social media post, Ziggy’s wrote: “Thickest Thieves! Watch out for this pair of rockets, straight out of Viz!

"Of course the Apple Pay didn’t work, so she had to run to the car to get her bank card.

"Meanwhile the friend was already in the car trying to drive the wrong way out of Murray Place (a one-way road)!"

The post continued: "She was met by a Deliveroo driver driving the right way, he politely tried to make her aware of this however, she preferred to get out her car and have a screaming match with him.

"Luckily the Deliveroo driver took a picture of the licence plate which has been passed on to the police along with her name and contact number (thank you track and trace).

“We phoned, she phoned back so we asked if she planned on paying her bill? We were given a load of abuse!! – Class!

“In the haste to leave they left the weans’ wellies! Maybe you can pay the bill when you come to collect them!”

Police Scotland said they had been called and were following a “positive line of enquiry”.

A spokesperson said: “We received a report of a group leaving a premises in Murray Place, St Andrews, without paying, around 7.15pm on Monday, 28 September, 2020.

“Officers are following a positive line of enquiry.”