A $250,000 reward is being offered for information on drive-by shootings outside a bikie clubhouse that involved shots fired at an unmarked police car.

“This incident continues to resonate with them almost three years later,” Hatt said.

Police said shots were fired at a group of people outside the Outlaws Motorcycle Clubhouse on Titan Drive from a dark-coloured SUV that drove past the property about 7.45pm.

When the officers drove past the clubhouse several shots were fired at the police vehicle by a person likely associated with the bikie club, police said.

“There was a significant risk of death or serious injury to police and others in the community,” Hatt said.

Police believed the offenders involved in the car fire left in the VW, but they had been unable to charge anyone in relation to the matters despite releasing footage of the drive-by and an image of the VW in 2020. 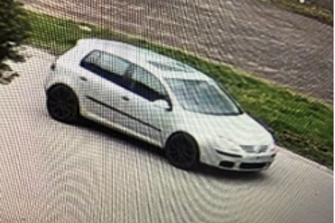 “The outcome of these events could have been a very different story and over the past two years we’ve pursued a number of avenues of inquiry in an effort to identify those responsible,” Hatt said.

He said investigators hoped the reward would entice someone to come forward with crucial information, pointing out there were numerous people at the clubhouse at the time.

“It is likely that they have spoken about the incident,” Hatt said. “Circumstances change and someone who may not have wanted to provide information to police previously may now feel ready to do so.”

Anyone with information should contact Crime Stoppers on 1800 333 000 or submit a confidential report online at www.crimestoppersvic.com.au.