Home » World News » Rumeysa Gelgi: ‘Inspirational’ Turkish woman who is over 7ft sets record for tallest female in the world

A Turkish woman who is more than seven feet tall has set a new world record as the tallest female alive.

Rumeysa Gelgi stands at 7ft 0.7in (215.16cm) due to a rare condition called Weaver syndrome which, among other things, causes accelerated growth.

The 24-year-old mostly uses a wheelchair but she can walk if she uses a walking frame. 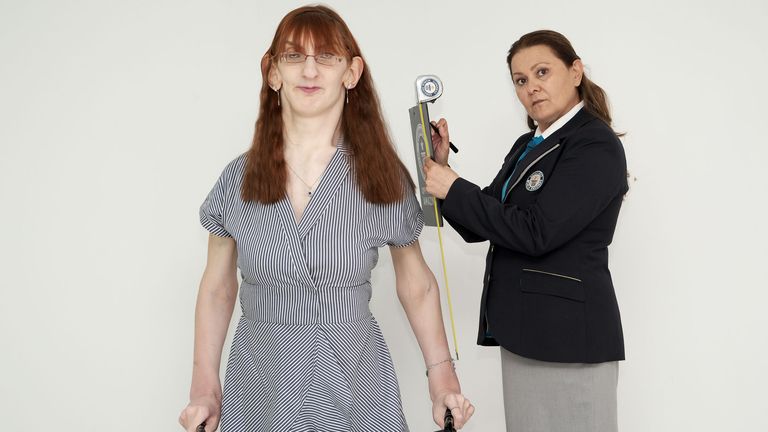 Since she won her first world record title for being the tallest teenager alive in 2014, she has been using her platform to advocate for others with rare conditions.

“Every disadvantage can be turned into an advantage for yourself so accept yourself for who you are, be aware of your potential and do your best,” she said.

Guinness World Records said they are “honoured” to welcome her back into the record books for a second time.

“Her indomitable spirit and pride at standing out from the crowd is an inspiration,” said editor-in-chief Craig Glenday.

“The category of tallest living woman is not one that changes hands very often, so I’m excited to share this news with the world.” 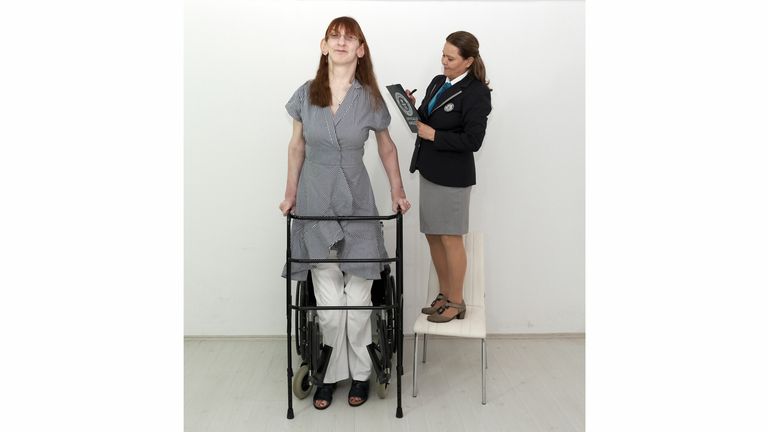 She previously said she has experienced negative reactions from members of the public to her appearance but she puts them down to ignorance.

“I like being different from everyone else,” she said.

“It also provides me with easy access to high places, and looking down at people from above isn’t a bad thing either.” 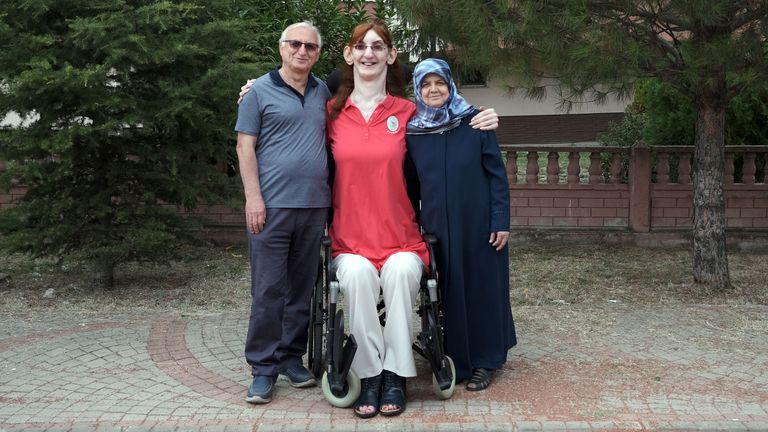 The condition’s exact cause is unknown, but some researchers think it can be inherited.

None of Ms Gelgi’s parents or older siblings have the syndrome, which affects men three times more often than women.

The record for the world’s tallest woman to have ever lived is held by Zeng Jinlian, from China, who stood at 8ft 1in (246.3cm) before her death in 1982.