A 14-YEAR-old schoolgirl has become the youngest person to have ever won an age discrimination claim – after she was fired for being too young.

Hazel Cassidy, who is now 15, only did two shifts working in a cafe as a Saturday job before she was sacked. 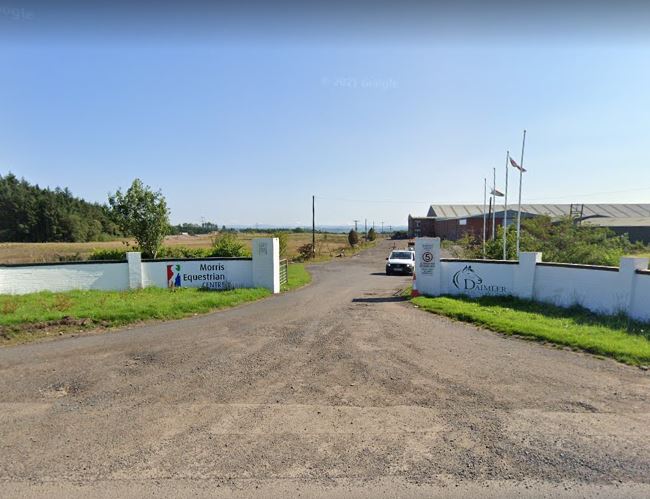 The now 15-year-old told an employment tribunal she was left feeling 'distressed' as it was her first time in paid employment.

But the young teen, who was represented at the hearing by her mother, has now taken home almost £3,000 after a tribunal found she was the victim of "direct discrimination".

The tribunal, held remotely from Glasgow heard that in December 2019, Miss Cassidy did a trial shift at the Equestrian Centre owned by the Daimler Foundation Limited based in Ayrshire, Scotland, which has a café and restaurant.

The panel heard she had given her age when she applied for the role and filled in forms that included her date of birth.

At the end of her shift, the front of house manager Malcolm Easy told Miss Cassidy he was "pleased" with her.

The following Saturday, under the impression she had passed her trial shift, Miss Cassidy worked for four hours.

But as she was taking an order at the till, Penelope Dines, the owner of the company's partner, told her she should not be doing that and was given two plates to deliver to a table instead, the panel heard.

Miss Cassidy was then sent home early as the café was quiet.

The board heard Mr Easy later call Miss Cassidy to say he "enjoyed working with her" but she was being sacked as the accountant had said she was too young for "health and safety reasons".

The teen told the tribunal she felt "shocked, upset and distressed" as she had been "enjoying" her new Saturday job.

The company claimed she was sacked because the "role was too demanding".

But the panel ruled there was no evidence of "high demand" as it found Miss Cassidy had been sent home when the café was "quiet".

The board – headed by Employment Judge Sandy Kemp – concluded: "Mr Easy said that he had told her that the role was too severe and too stressful and that she was not able to cope with the severity of the job."

The judge praised Miss Cassidy for the way she presented herself at the hearing.

"Miss Cassidy gave her evidence clearly, candidly, and calmly, whilst still someone who is very young to be appearing before an Employment Tribunal as both witness and claimant," the judgement said.

"It was obvious to the tribunal that Miss Cassidy was a young girl, and that would have been more obvious to Mr Easy in December 2019 when she had relatively recently turned 14.

"Age does not need to be the only reason for the dismissal, nor the principal reason, but only one that is above the trivial or minor."

The Daimler Foundation Ltd has not proved that age was not such a factor, beyond the minor or trivial.

Miss Cassidy will be awarded £2,800 by the company.

The vast majority of age discrimination cases involve employees claiming they have been badly treated because they are too old.

However, in rare cases, young people can be victims too.

In 2019, an interior design graduate from Edinburgh University, Brooke Shanks, also won a £3,000 payout after she was demoted from running a kitchen showroom because she was "only 21".

Miss Shanks was similarly represented by her mother, Fiona Shanks, at the tribunal against Heat Source Solutions Ltd's Clerwood Kitchens and Bathrooms showroom based in West Lothian, Scotland.

But the tribunal, held in Glasgow, ruled she was discriminated against because the role was deemed to be "too much responsibility" for someone her age.