British diplomats have been barred from attending the trial of 12 people accused by China of trying to flee Hong Kong by speedboat, Foreign Secretary Dominic Raab has said.

Dubbed the “Shenzhen 12”, the group face charges of illegal border crossing after their boat was intercepted allegedly en route to Taiwan.

The 11 men and one woman have been linked to anti-China protests in Hong Kong, with one of their number also facing charges related to the controversial national security law that Beijing imposed on the city earlier this year. 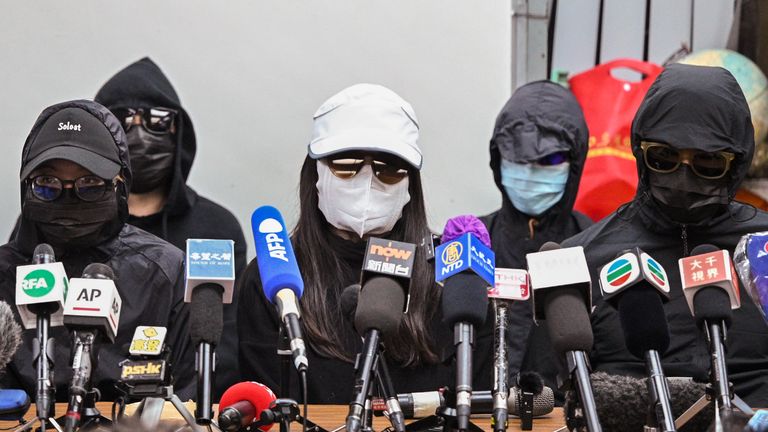 Ten of the group, who have been detained since 23 August, had their case heard by a court in Shenzhen, a city in mainland China near to the border with Hong Kong.

Two others are due to have a separate hearing as they are minors.

Mr Raab said the UK government was “deeply concerned” that members of the group were “tried in secret” on Monday and were given “just three days’ notice of their trial”.

“Diplomats from Britain and a number of other countries, tried to attend the court proceedings but were denied entry,” the foreign secretary added in a statement.

“The Shenzhen 12 have not had access to lawyers of their choosing, raising further serious questions about access to legal counsel in mainland China.

“We expect China to uphold the rule of law and conduct trials in a fair and transparent manner, consistent with the basic requirements of international human rights law.”

Pro-democracy activists began fleeing Hong Kong for Taiwan from the early months of last year’s protests – most of them legally by air, but some by boat. At a news conference in Hong Kong, relatives of some of those detained pleaded for transparency.

“I’m begging the courts to quickly give a sentence,” said the mother of Wong Wai-yin, 29, one of the defendants.

“I really want to see my son very much. If you do not give him a sentence, I cannot see him.

“If you give him a sentence, then I can go see him. All I want is just to see his face once.”

Lee Cheuk-yan, chairman of the Hong Kong Alliance in Support of Patriotic Democratic Movements of China, claimed the detainees had not been given the right to appoint their own lawyer and “don’t even know the names of the government-appointed lawyers”.

He said: “They try to say it’s an open trial but they also say all the seats are occupied.

“The family members don’t have the right to attend the trial. That’s absurd.”

Mr Raab has twice this year accused China of breaching the Sino-British Declaration – the deal that saw Hong Kong pass back to China from Britain in 1997 – as a result of the introduction and then use of the controversial national security law.