An inspection blitz by Victoria’s building regulator has uncovered a “shocking” level of shoddy workmanship and corner cutting in plumbing jobs at new home construction sites, with unwitting property owners forced to pay tens of thousands of dollars for repairs.

The Victorian Building Authority said more than half of 93 drainage jobs inspected in December last year were not up to standard and needed to be fixed. This including one property in Mickleham needing a $40,000 job to cut the slab and access the pipes. 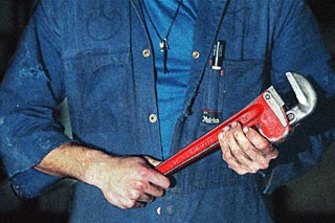 The majority of failures discovered by inspectors involved insufficient gradients for proper drainage, poor connections prone to leak or burst and incorrect bedding and support that could lead to cracking and sagging.

VBA executive director of operations Lynda McAlary-Smith said plumbers needed to book a drainage inspection before it was backfilled to avoid infringements, prosecution or tens of thousands of dollars in rectification costs.

“We know that the majority of plumbers do the right thing, but there is still a group of plumbers who try to cut corners to get the job done quicker.”

She said the VBA had expanded its operating hours between 7am to 4pm Monday to
Saturday to be able to conduct more inspections of jobs ready to be covered by a slab or backfilled.

“Skipping steps may seem like a fast track to finishing a project, but when we catch up with you it may end up costing you much more than you bargained for, if you have to do extra work,” she said.

In 2013 the VBA investigated a Doreen property that suffered cracks throughout the home resulting in $300,000 worth of repairs as a result of non-compliant storm water drainage.