THOUSANDS of people have been evacuated from their homes in California after a blaze in Silverado Canyon sparked by a house fire consumed 3,600 acres of land.

The Orange County Fire Authority said that a structure fire had extended into nearby vegetation just after 11pm on Wednesday as gusts topped 70mph. 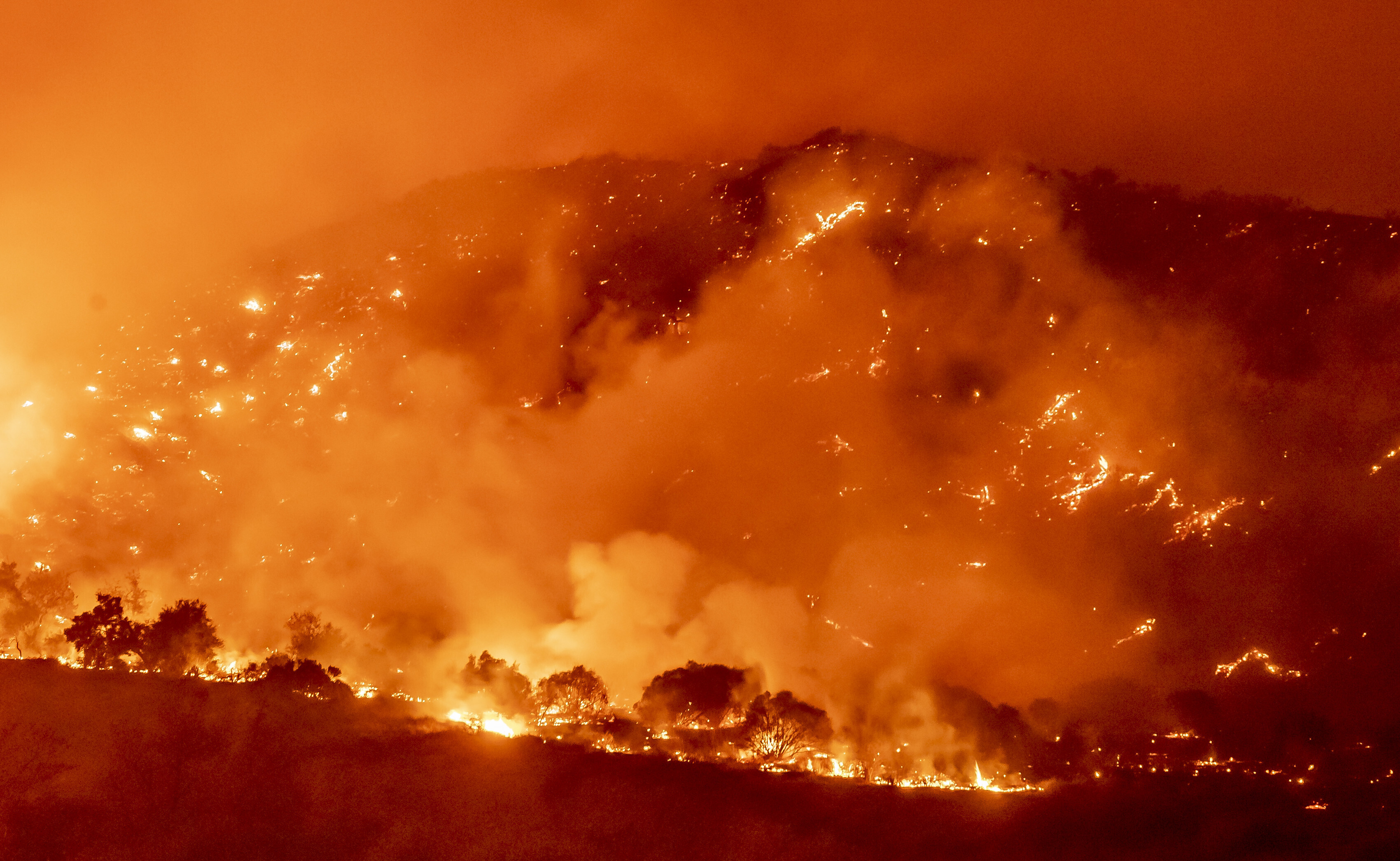 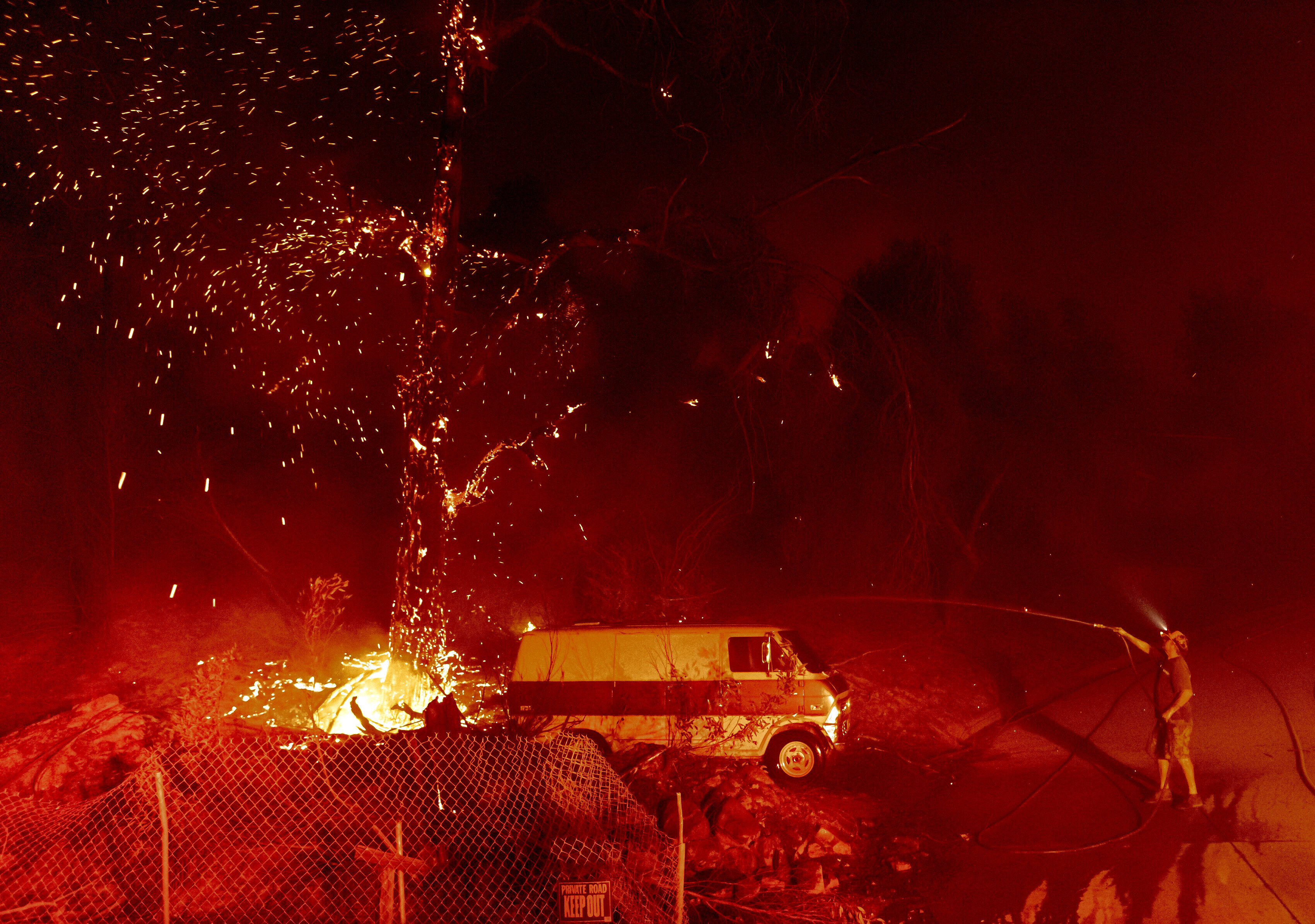 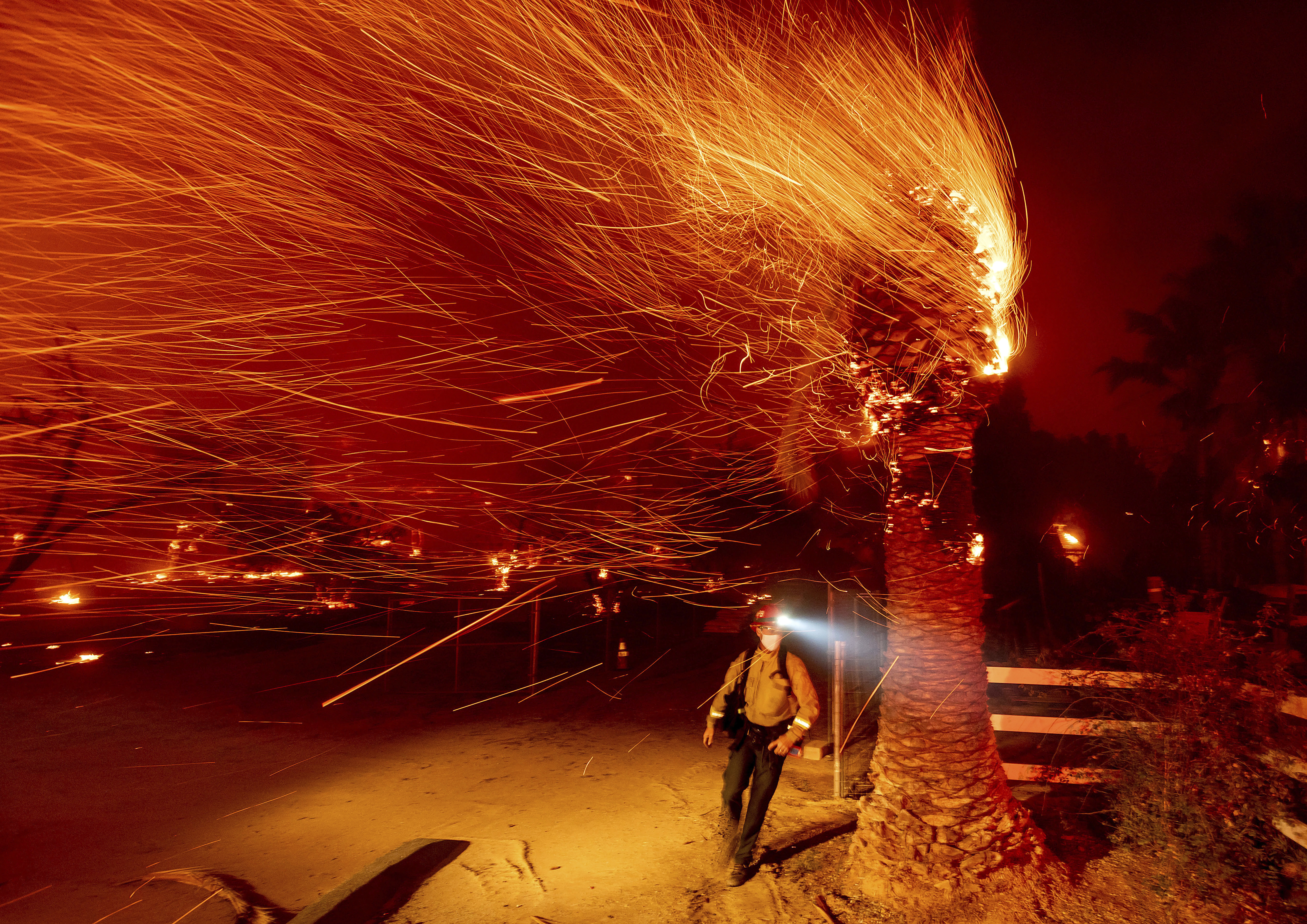 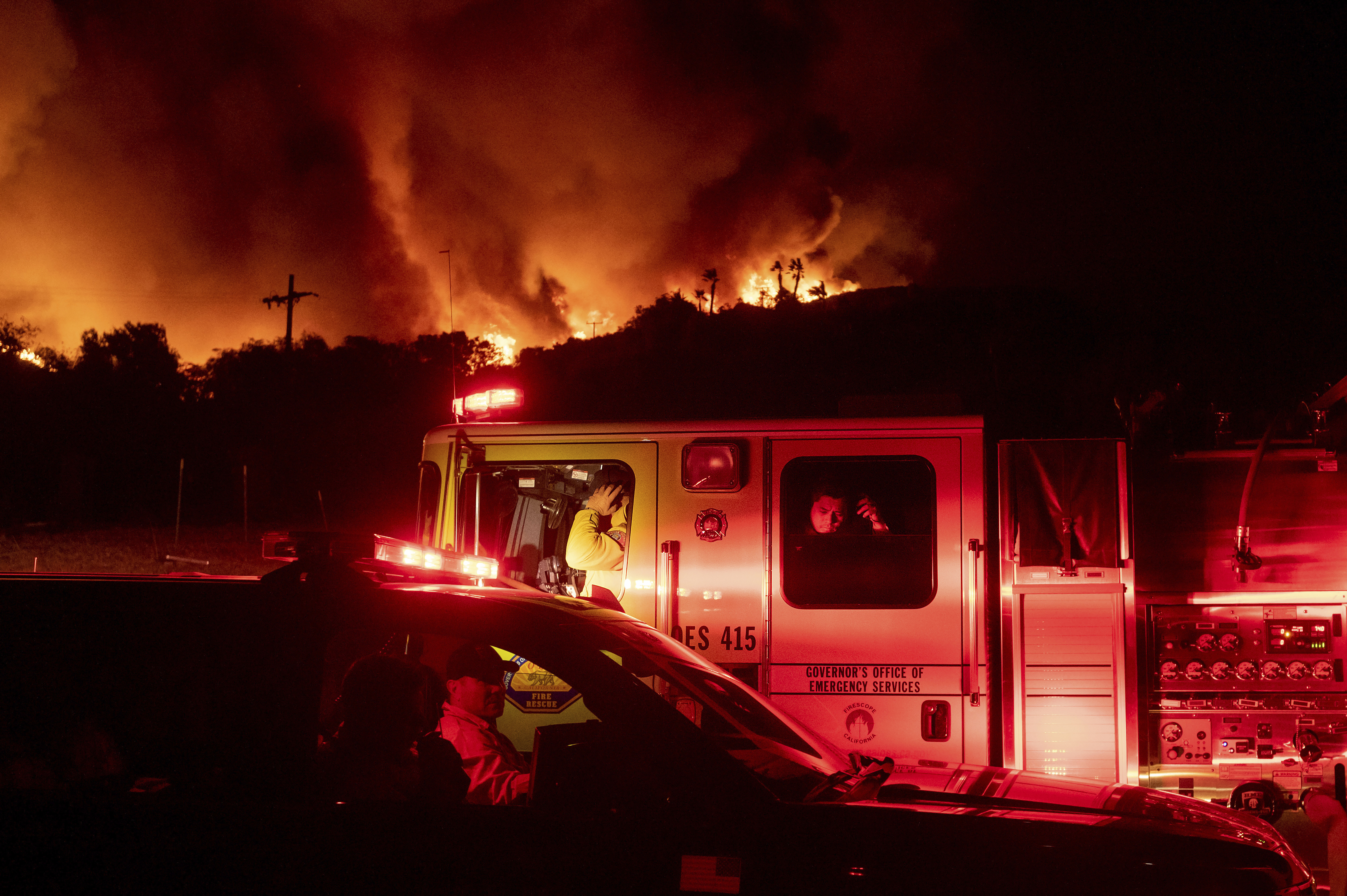 It exploded in size throughout the night and as the sun came up, an enormous plume of smoke was visible for miles.

Dramatic photos and footage show crews battling the blaze in the early hours of Thursday morning, assisted by fire helicopters and a helitanker.

More than 240 firefighters were battling the blaze, the LA Times reports.

According to OFCA, strong winds had caused the blaze to grow from 7 acres to 3,600 and was contained as of 6am on Thursday.

Red flag warnings of extreme fire danger were in place on Thursday for much of the region due to low humidity, bone-dry brush and heavy gusts of 50mph to 70mph, the National Weather Service said.

Warnings will remain in place until Saturday, while the winds will be strongest overnight and in the early hours of the morning. 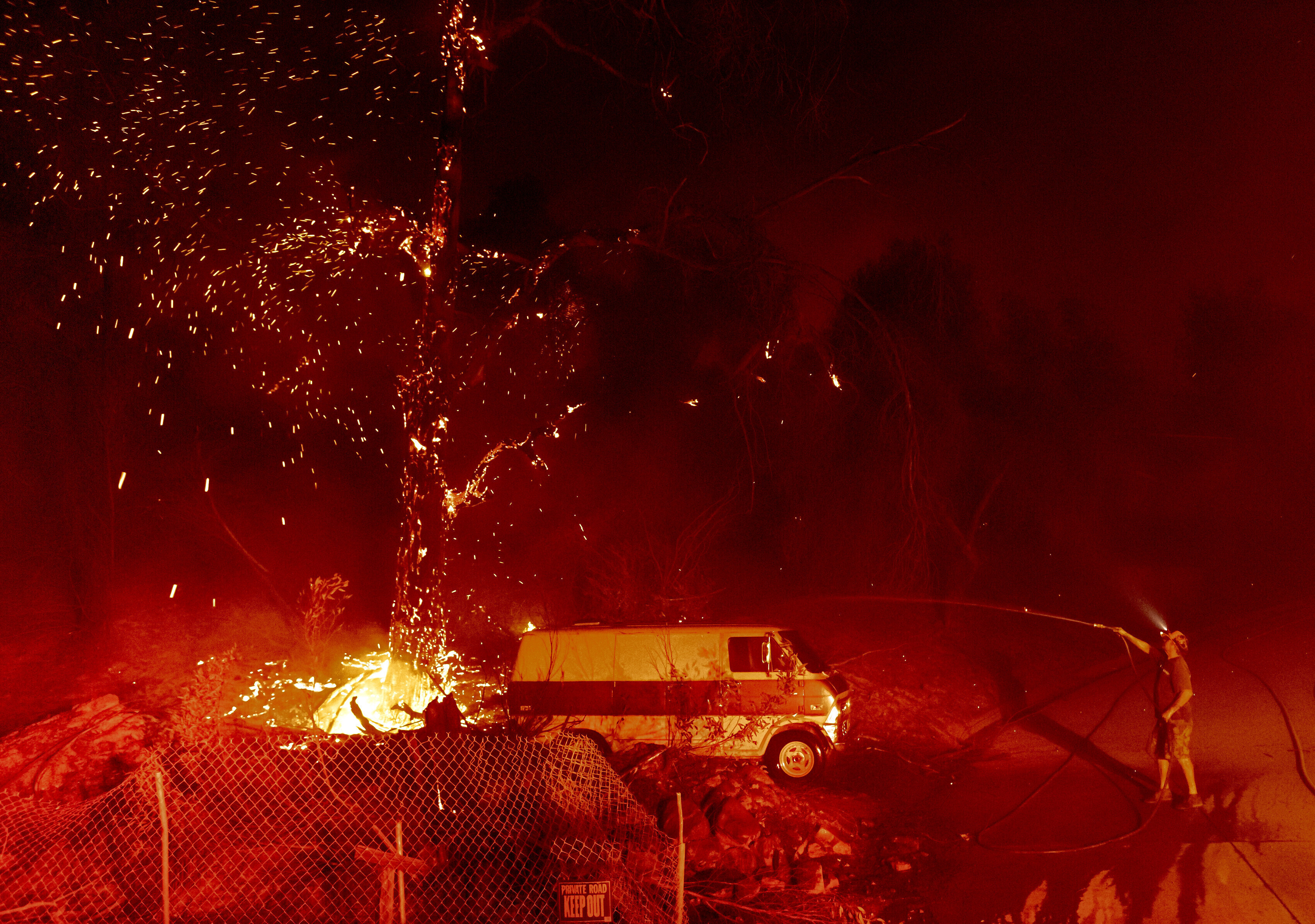 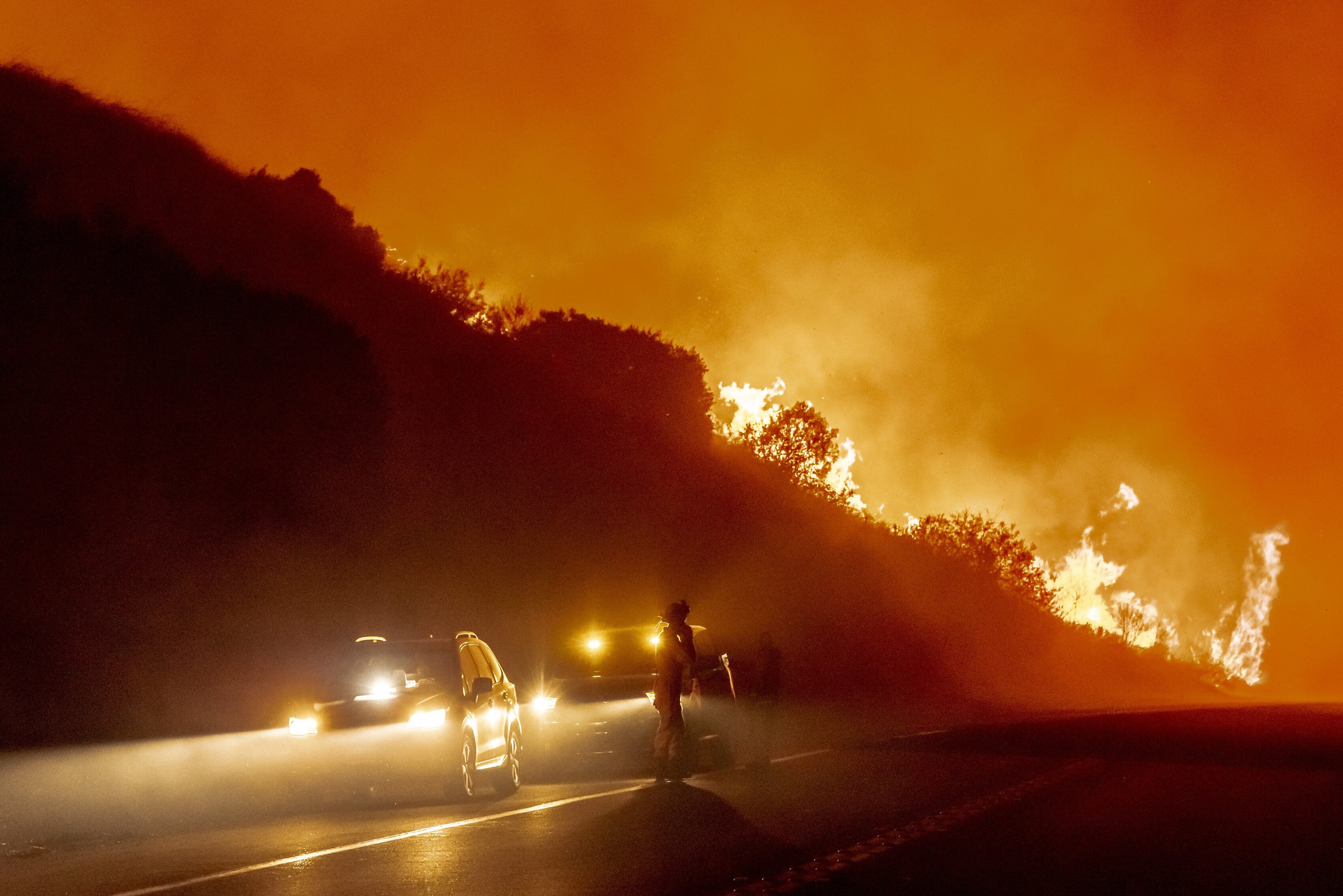 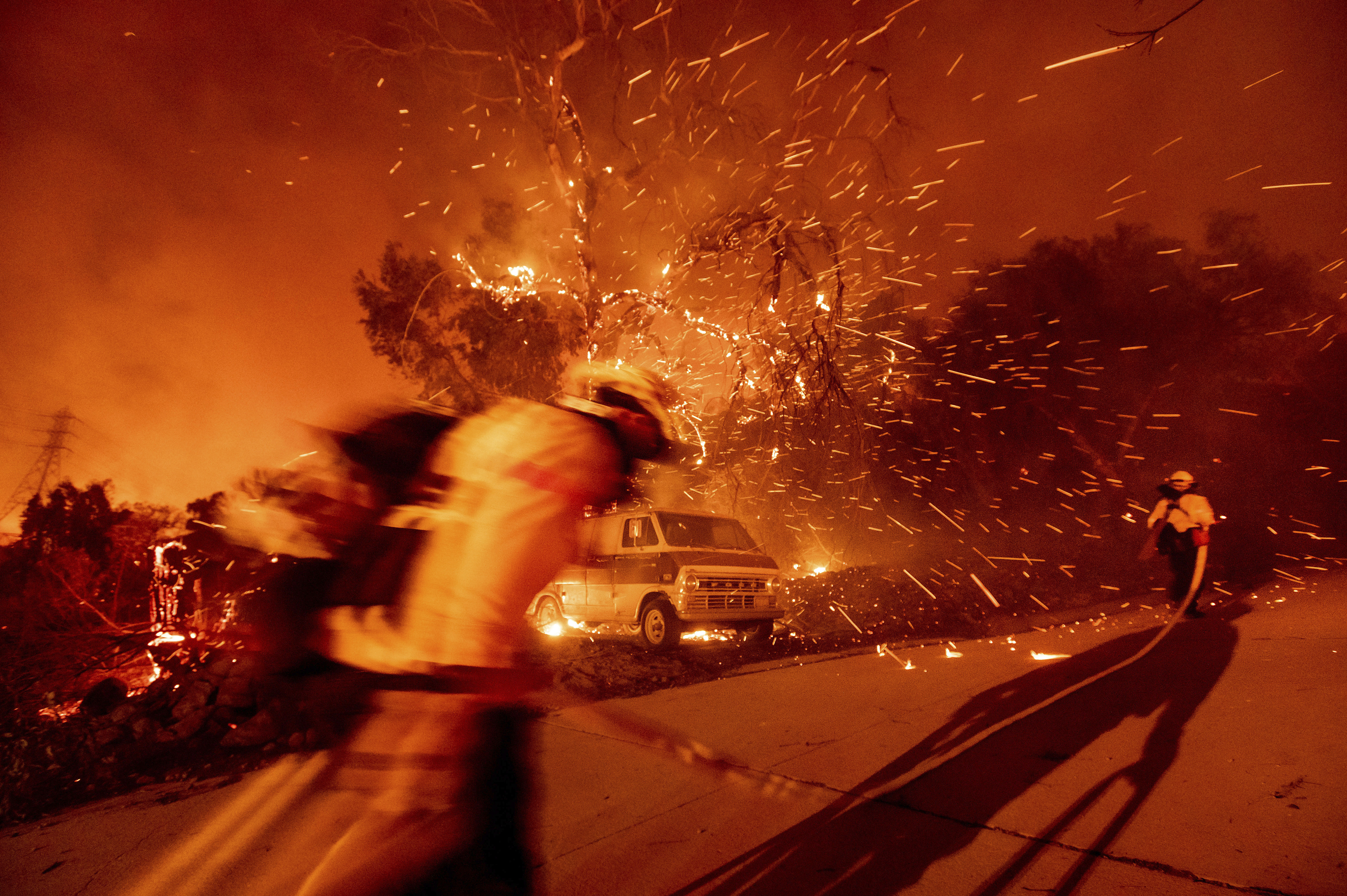 The blaze prompted utilities in the region to cut power on Wednesday in a bid to prevent gusts blowing into tree limbs into electrical equipment or knocking down power lines – the source of devastating wildfires in recent years.

The utility said: “We recognize losing power is disruptive, and we sincerely thank our customers for their patience and understanding.”

"We have critically low humidity, fire on the ground, it makes it very difficult for us. The fire is fast-moving."

Voluntary evacuation orders are in place for parts of Lake Forest, from the 241 Toll Road along Bake Parkway to Musick, north to the Irvine Border.

The OFCA said: "Residents in those areas are strongly encouraged to seek safety with family or friends, or in a hotel."

It comes as California experienced its worst-ever year for wildfires, with over 6,500 square miles scorched.

At least 31 people have been killed and 10,500 homes and other structures damaged or destroyed by wildfires. 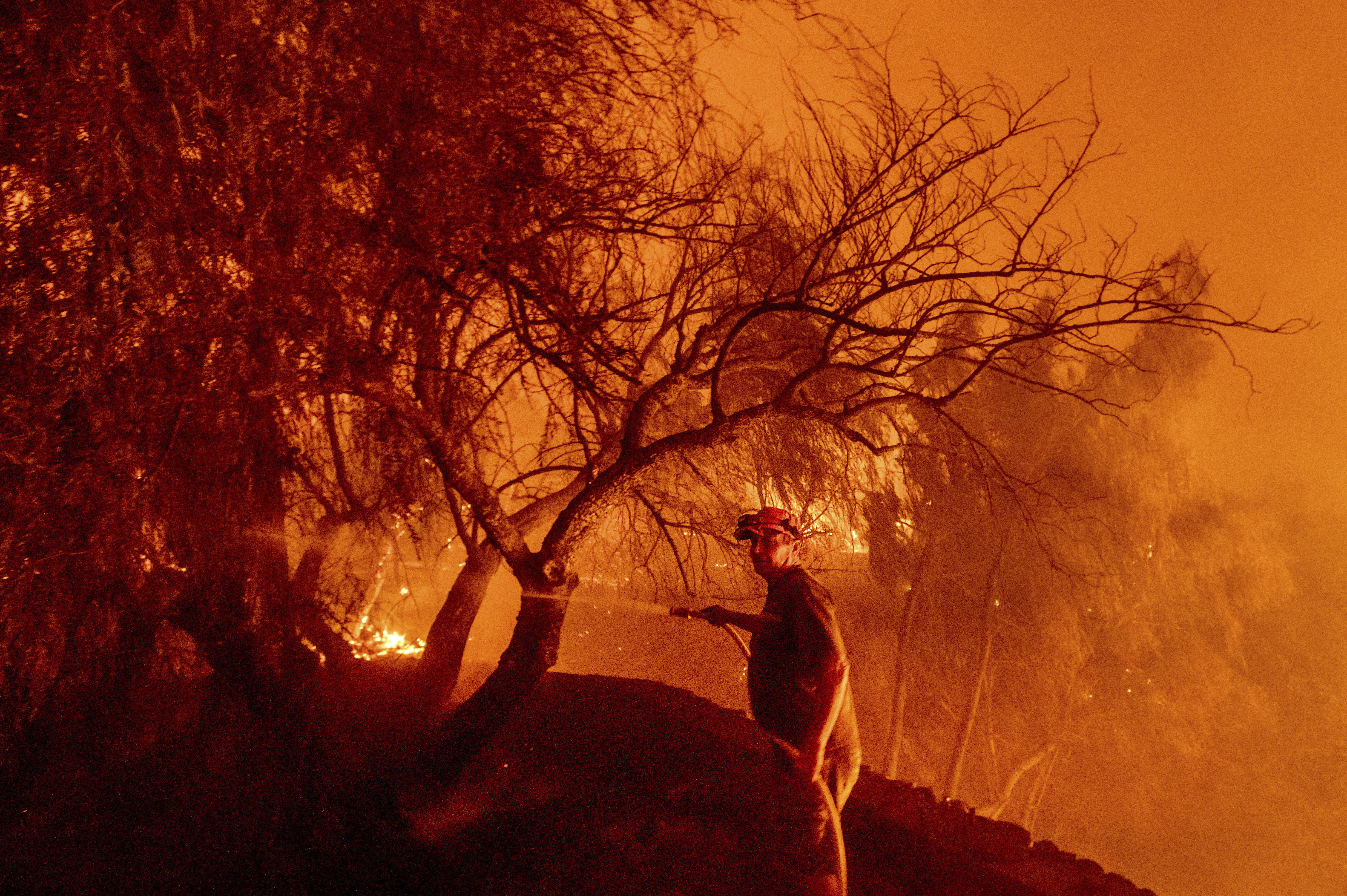 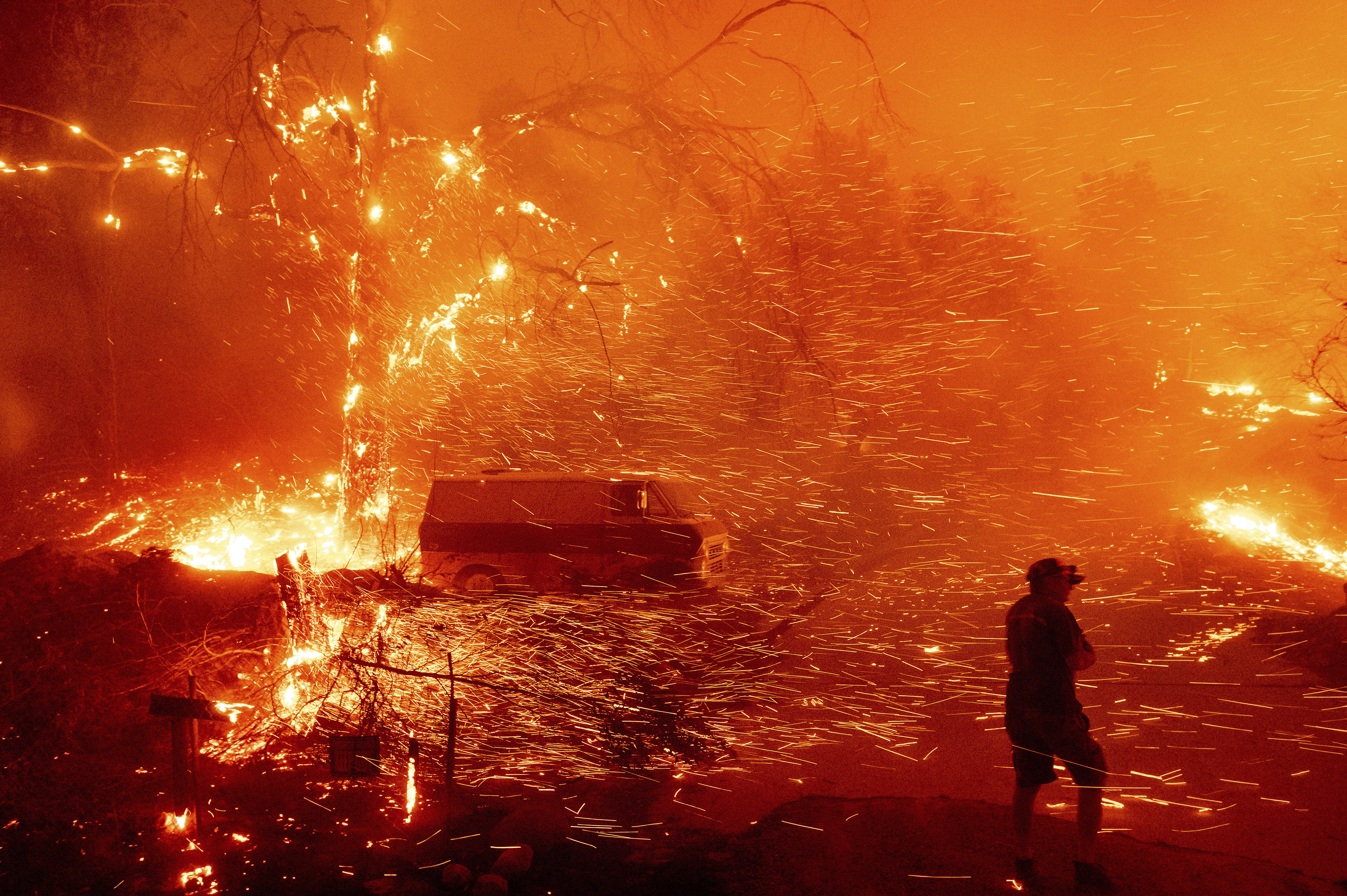 The latest fire threat comes as much of California plunges deeper into drought. 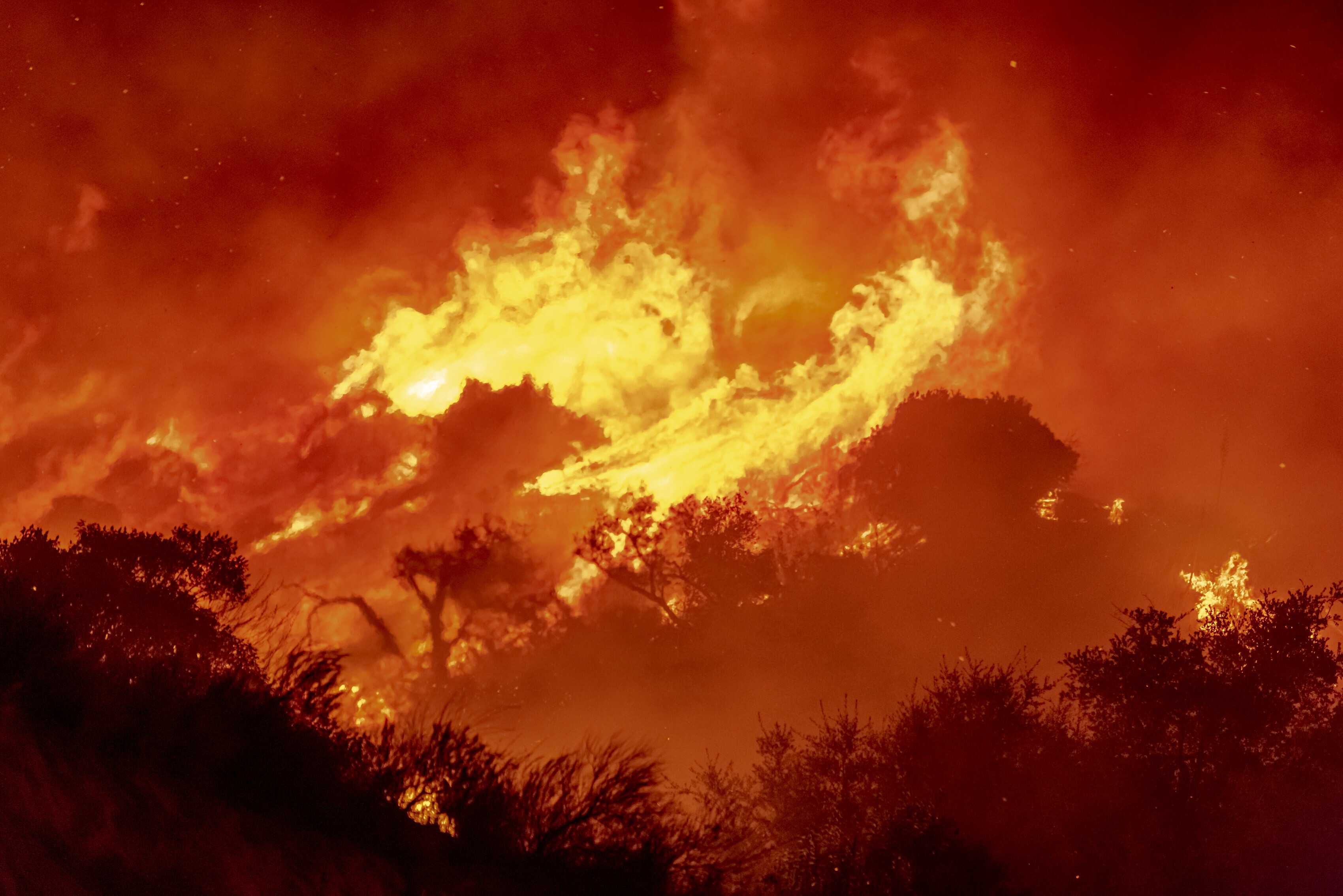 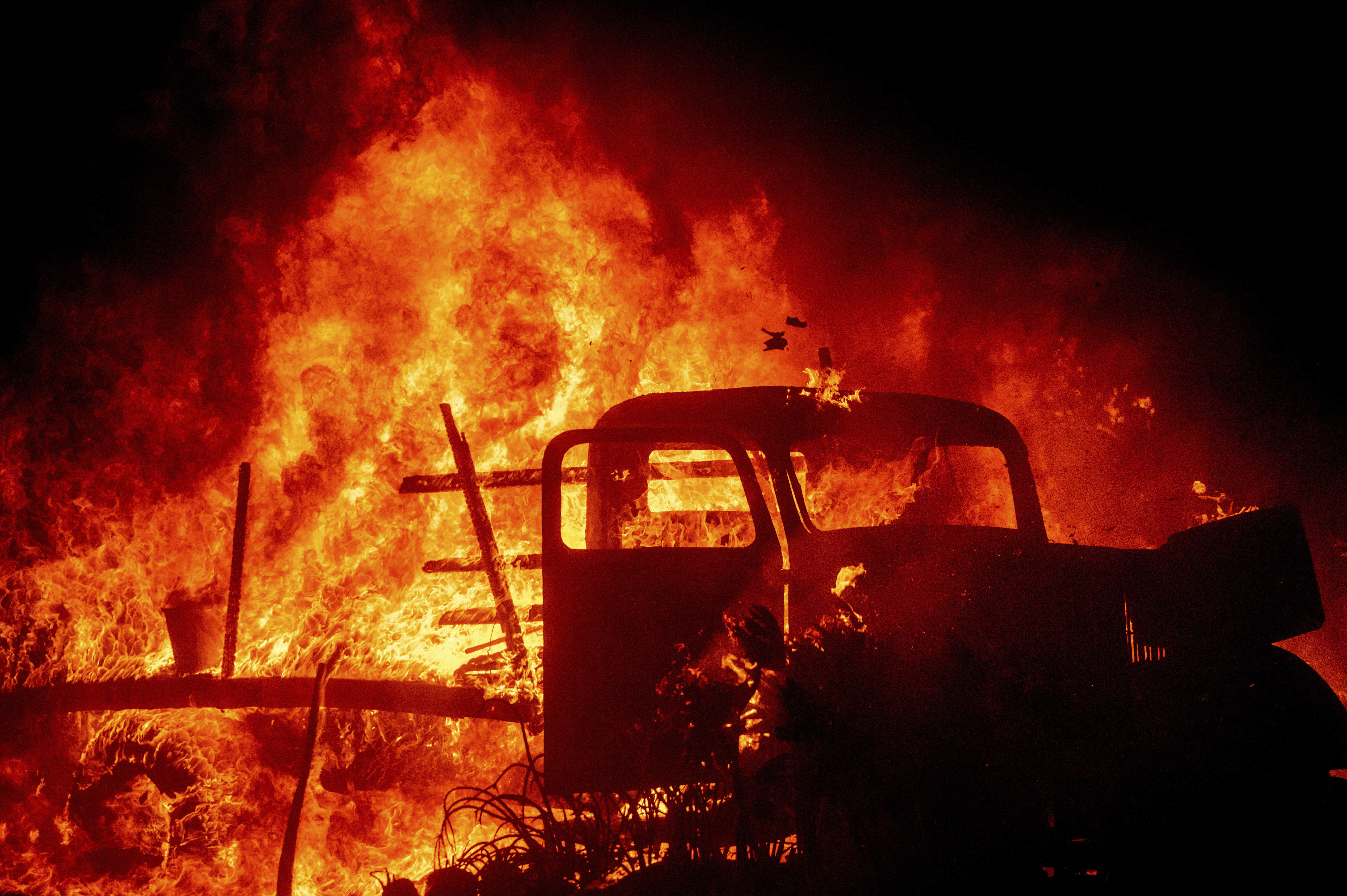