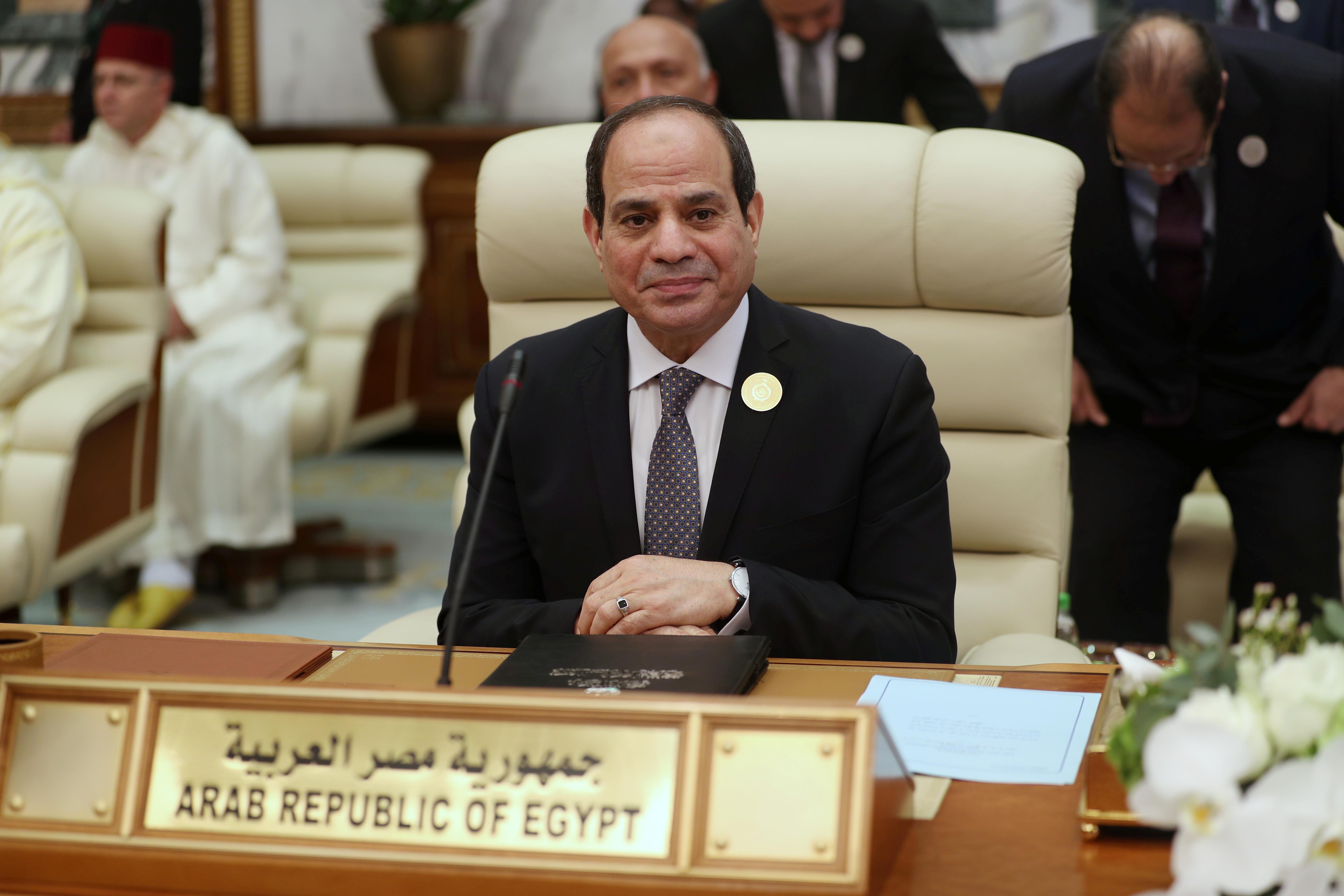 CAIRO (Reuters) – Egyptian President Abdel Fattah al-Sisi, speaking about the unannounced U.S. Mideast peace plan, said on Sunday that his country would not accept anything undesired by the Palestinians.

Speaking after breaking the Ramadan fast at a hotel in Cairo, Sisi also appeared to dismiss suggestions that Egypt might make concessions as part of the U.S. plan.

The blueprint, still in draft form and billed by U.S. President Donald Trump as the “deal of the century”, jettisons the two-state solution to ending the conflict between Israel and the Palestinians, according to Palestinian and Arab sources.

It envisages an expansion of Gaza into parts of northern Sinai, under Egyptian control, Palestinian officials have told Reuters.

Referring to the U.S. plan, Sisi said that “Egypt will not accept anything that the Palestinians do not want”.

“You are asking what’s the story and what does Sisi have in mind, and will he give up anything to anyone,” apparently referring to reports that Egypt could be required to allow areas in Sinai adjacent to the Gaza border to be part of the deal.

“Can you imagine that I would give something up. … But, why?”