Washington: For years, advocates for a four-day workweek have argued that a compressed schedule could lead to more productivity and a better work-life balance.

That perspective is now gaining credence in some countries during the coronavirus pandemic, which has brought drastic changes to the way people work.

Spain is about to find out firsthand whether it works. The country is poised to become one of the first to experiment with a 32-hour workweek, which would allow workers to spend less time at the office without any change in pay. 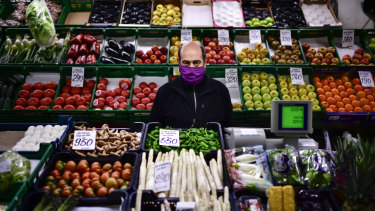 Exactly what the pilot program will look like is unclear. An Industry Ministry source told the Guardian that virtually every detail was still up for negotiation, including how many companies would be involved and how long the experiment would last.

The test run was proposed by Mas Pais, a left-wing party that has argued that longer hours don’t necessarily lead to higher productivity, and is now in talks with the government to figure out the exact details of the arrangement.

“Spain will be the first country to undertake a trial of this magnitude,” Hector Tejero, of Mas Pais, told the Guardian. “A pilot project like this hasn’t been undertaken anywhere in the world.”

Though the push for a four-day workweek was already gaining support before the pandemic, the radical upending of office life has made the idea seem more viable to politicians around the world. So has the fact that furlough programs mean that many employees are already being paid to work fewer hours a week — or not at all.

In May, New Zealand Prime Minister Jacinda Ardern suggested that employers should consider the switch to a four-day week “if that’s something that would work for your workplace.”

Spain was one of the first countries in western Europe to limit the workday to eight hours, but recent studies have found that Spanish workers put in more hours than many of their European counterparts, with no corresponding increase in productivity.