A sculpture of a woman on the side of a Spanish bank has joined the country’s collection of notoriously botched art restorations.

The building in Palencia, northern Spain, used to boast a stone statue of a woman surrounded by farmyard animals.

However, following restoration work, the piece now features a lopsided-face and a number of unusual shapes.

Spain’s trend of poor-quality restorations began in 2012 when a pensioner called Cecilia Gimenez decided to repaint a fresco of Jesus after it started peeling.

Her attempt at rescuing the Ecce Homo inside the Sanctuary of Mercy church in Zaragoza made international headlines. 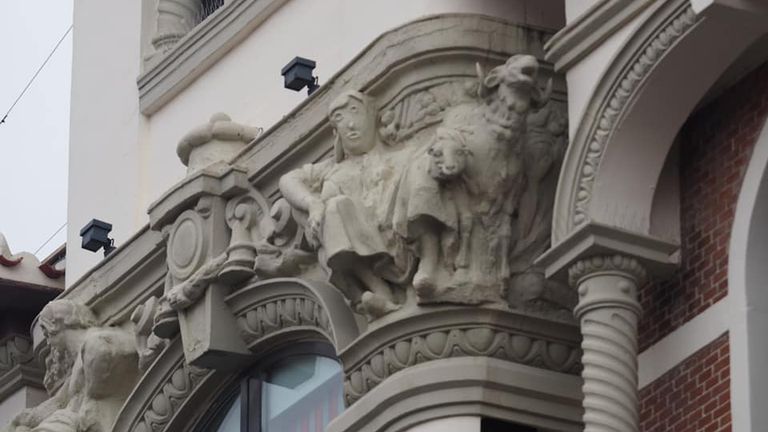 It soon became known as “Monkey Christ”, with church officials earning thousands of euros from charging tourists to see it.

The modified artwork in Palencia was spotted by local artist Antonio Capel, who uploaded “before and after” images of it to Facebook. 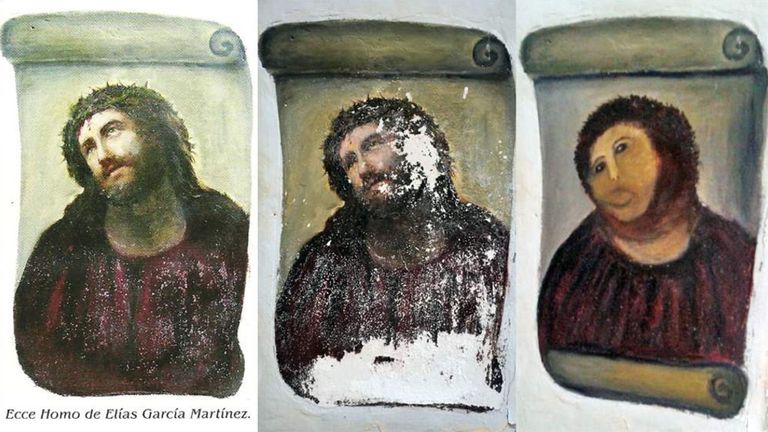 Residents were horrified at the result, with some likening it to US President Donald Trump.

Someone commented in Spanish: “Seeing as he had to leave the White House, he’s moved in here.”