ZURICH (Reuters) – The Swiss government is demanding clarification from the European Union on several issues before it signs off on a draft treaty, it said on Friday, risking a backlash from Brussels over yet another delay to an accord the EU has sought for a decade. 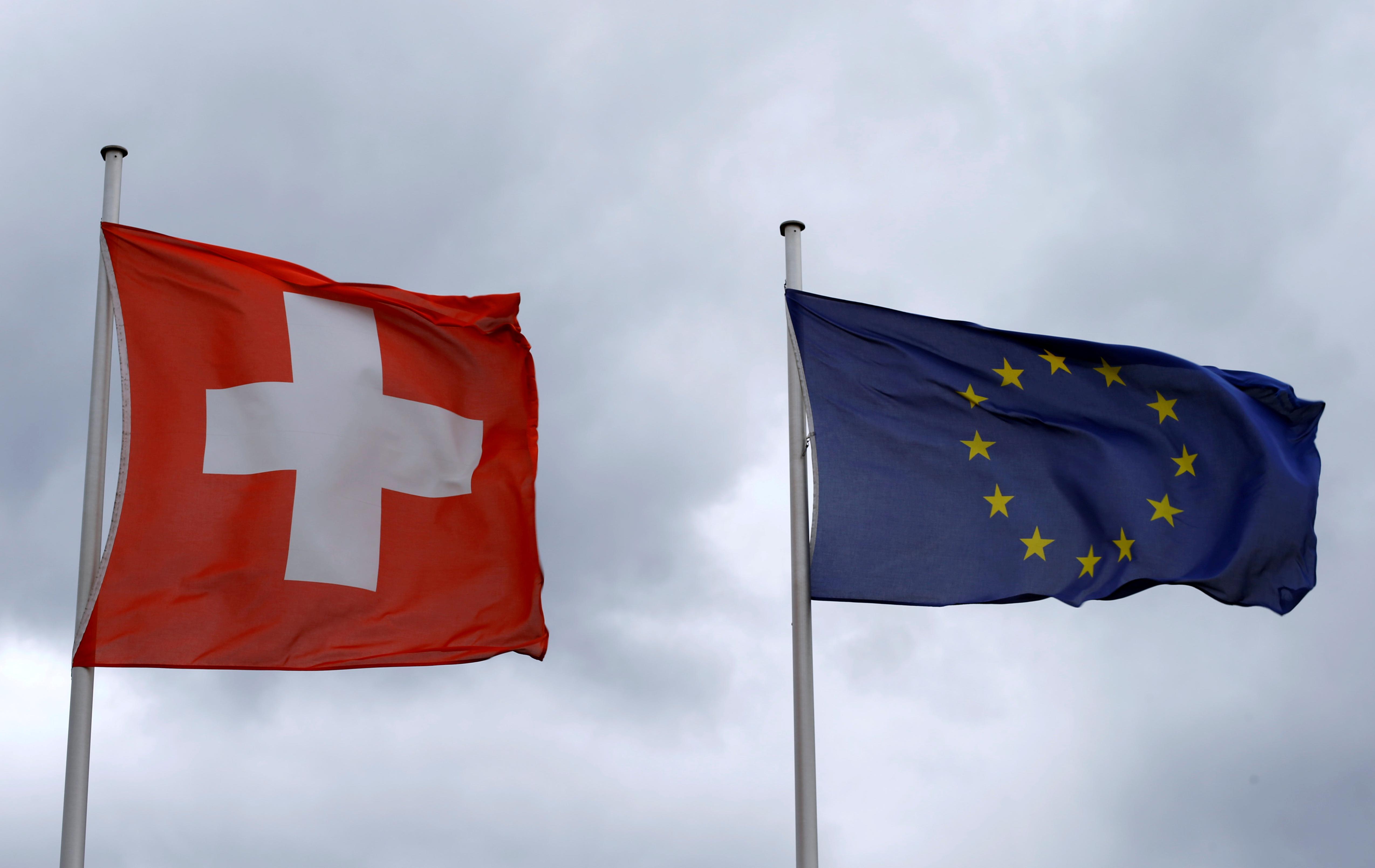 Switzerland needs to formally endorse the treaty by June 17 if it wants to maintain access to the EU market for Swiss stock exchanges, an EU diplomat said after Bern said it could not sign the deal in its current form.

Provisions relating to wage and worker protection, state subsidies and citizens’ rights still need to be clarified, the Swiss cabinet said, following the end of consultations with business groups, unions and local authorities.

Brussels is expected to be receptive to clarifying points in the treaty, but does not want to renegotiate the deal.

Failure to endorse the treaty and begin the ratification process could well plunge Swiss ties with its biggest trading partner into a new ice age, potentially disrupting commerce and cross-border stock trading.

An early casualty could be the so-called “equivalence” treatment of Swiss exchanges that expires at the end of June, but due to procedural reasons needs the EU Commission to make a formal proposal for an extension by June 18, the diplomat said.

Swiss Interior Minister Karin Keller-Sutter said the EU should extend stock market equivalence because Switzerland had done everything possible to secure an agreement despite running into opposition from across the political spectrum.

A spokesman for Swiss stock market operator Six said the bourse was prepared for all likely scenarios.

Concerns in Switzerland have been raised about EU demands to dilute the country’s rules protecting Europe’s highest wages from cross-border competition, giving EU citizens in Switzerland the same rights they get at home, and limiting state aid.

“When a solution in these three areas is found, then the cabinet will sign the treaty and present it to parliament,” Foreign Minister Ignazio Cassis told a news conference in Bern.

“We have not set a time limit to clarify the disputed points we want a good solution which is in the interests of Switzerland. It’s clear that both sides have an interest in a quick solution.”

The Swiss cabinet said it had written to the European Commission to indicate its readiness to talk about a solution.

The European Union said it would study the letter carefully.

“This appears to be an overall positive development. The European Commission will study the letter carefully and we will reply in due course,” a spokeswoman for the EU executive said.