The EU and Switzerland have been embroiled in multiple disputes for years, and are still negotiating the terms of their cooperation today. Bern and Brussels are currently trying to forge an institutional framework agreement. Negotiations for the partnership began in 2014, but are still to reach a formal conclusion as disagreements over agriculture, trade and stock markets leave talks stalled. Switzerland and the EU still work together on a patchwork of 120 treaties – partly because the country withdrew its application to join the EU in 2016.

Bern made the decision just one week before the UK voted to leave the bloc.

After the decision to cancel its application to join the EU in 2016, Swiss politician Filippo Lombardi from the Christian Democratic People’s Party said it was “not very clever to discuss it again” and called the whole thing “a bit ridiculous.”

Thomas Minder, councillor for Schaffhausen state and an active promoter of the concept of ‘Swissness,’ said at the time he was eager to “close the topic fast and painlessly” as only “a few lunatics” may want to join the EU now.

Switzerland began its application to join the EU in 1992, but this sparked over two decades of chaotic relations and recurring blows to the bloc’s ambitions. 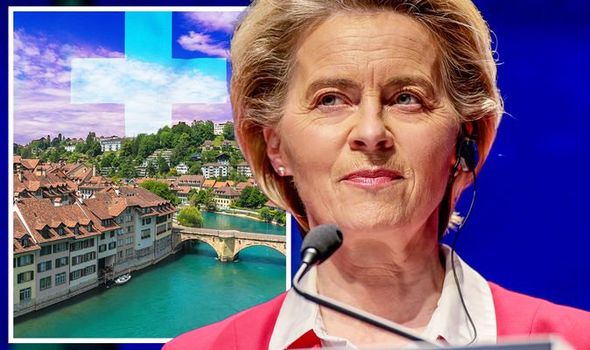 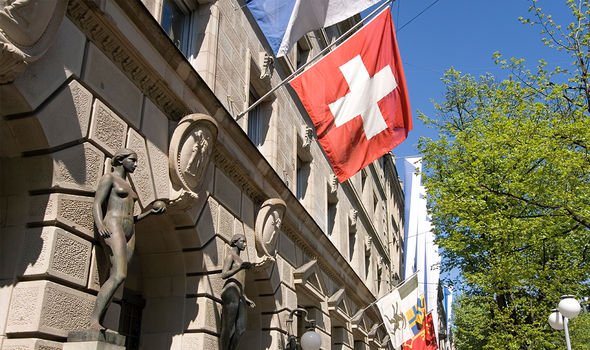 Months after the process started, Switzerland had a referendum on whether to join the European Economic Area (EEA) where the country narrowly decided to reject the idea.

The result sent shockwaves through Europe, as 50.3 percent voted against joining the EEA, leaving a dent in the EU’s hopes of expansion.

Not only did the Swiss public reject the EEA, but it also meant the country’s application for the EU was suspended.

Rene Felber, then the President of the Federal Council in Bern, said at the time: “This ordeal provoked the Swiss Government to suspend the application for EU membership. 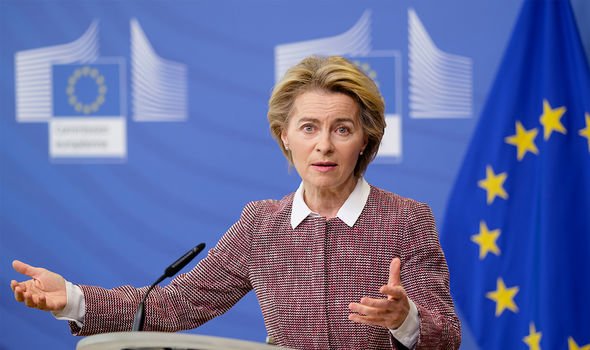 “Switzerland has renounced the many political and economic opportunities opened up by the European Economic Area.

“It has also broken with its traditional policy of rapprochement with Europe.

“We have witnessed a grave rupture between the federal authorities and the people.

“The cleavage between the French-speaking cantons and the rest of Switzerland is a matter of great concern.”

After years of tense negotiations between Brussels and Bern regarding their future relationship, Switzerland held another referendum in 2001. 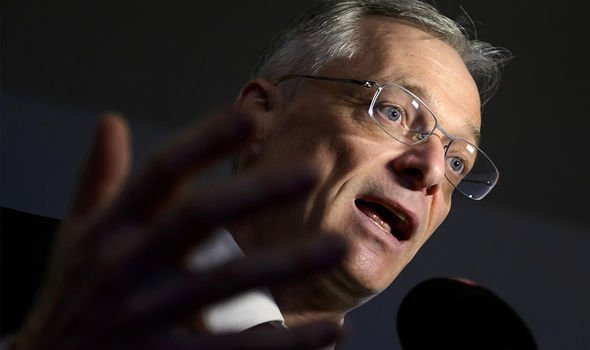 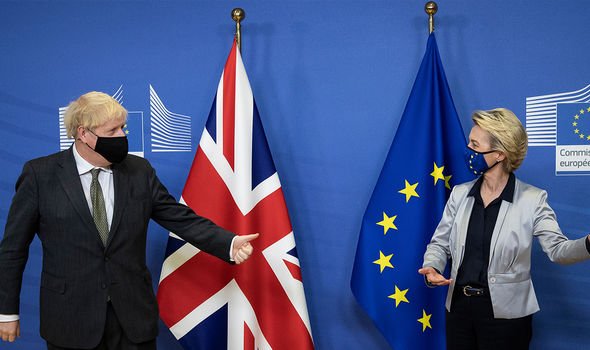 Switzerland continues to clash with the EU over stock market trade after Brussels no longer recognised the country’s equivalence in 2019, meaning investment firms in the EU were no longer allowed to trade on the Swiss stock exchange.

Switzerland retaliated by banning the trade of Swiss shares in EU markets.

Jos Dijsselhof, CEO of SIX Group, which runs the SIX Swiss Stock Exchange, warned that the EU could deal with the UK in a similar fashion post-Brexit.

He told CNBC: “Switzerland is technically equivalent, the EU has just used this as a political means to hold the Swiss hostage to talk about the overall framework agreement.

“You do see that the stance of the EU against third party countries is hardening more and more, and we in Switzerland have seen that, and you see that also in the EU-UK discussion, so it is an example of how hard it can be.”

Teachers at no more risk of Covid than any other job, new data reveals