The jury has been discharged in the trial of a Sydney man accused of brokering deals for North Korea in contravention of United Nations sanctions, after he pleaded guilty to two charges. 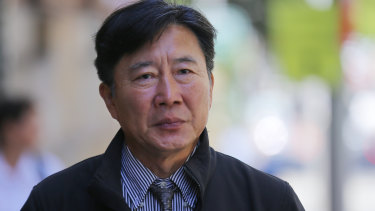 The prosecution had alleged the South Korean-born Australian citizen attempted to sell missiles and other military equipment, coal and iron from North Korea to other jurisdictions; and attempted to buy Iranian petroleum on behalf of North Korea.

The Crown told the jury that none of the alleged transactions was successful but each contravened United Nations sanctions. Mr Choi had pleaded not guilty to the charges.

On Wednesday, the jury was discharged after Mr Choi pleaded guilty to two charges on a new indictment – a formal document setting out the charges an accused person is facing. 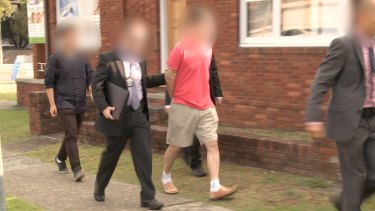 He said the most “sinister connotation” in the trial “is now gone”, in an apparent reference to an allegation of attempting to sell missiles to other jurisdictions.

“He’s rejecting the military sort of implication; he’s rejecting anything being supplied by him to North Korea completely,” Mr Davis said.

“He was in business previously when it was legal to be in business selling North Korean [products]. Now … he’s pleading guilty to breaching the embargoes that were put in place around North Korea for various products. 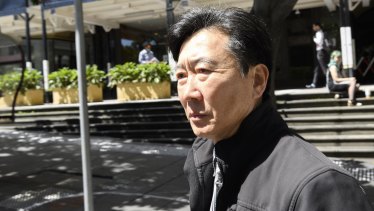 “We’re disputing missiles. It’s a sanctions breach, that’s what he’s pleading to, and on sentence there’s certain material that we wish to put forward in his defence as to why he did so and what his views on North Korea are.”

The parties will return to court on March 19 to set a date for Mr Choi’s sentencing hearing.

Crown Prosecutor Jennifer Single SC previously told jurors that none of the alleged transactions was successful but “that does not matter, on the Crown’s case”.

Mr Choi’s defence counsel, Robert Webb, had told the jury the case rested on whether his client “is anything more than a bag of hot air”.