Siri to the rescue! Teenager, 19, who smashed his face on pint glass after fainting alone at home says his iPhone virtual assistant saved him by phoning his sister 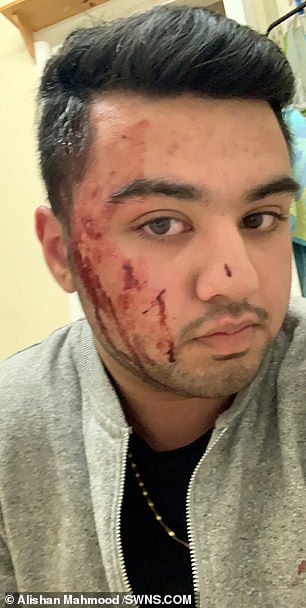 Alishan Mahmood, 19, from High Wycombe, northwest London, has said he was saved by the iPhone virtual assistant Siri after he collapsed in his kitchen

A 19-year-old boy who smashed his face after fainting while alone at home has said he was saved by the iPhone virtual assistant Siri after it phoned for help.

Alishan Mahmood, from High Wycombe, northwest London, described being left ‘blinded’ by blood and glass after collapsing in his kitchen and falling onto a pint glass he was carrying.

Unable to move, Mr Mahmood, whose frantic calls to neighbours went unheard, decided to call out to his recently purchased iPhone X.

The retail worker, who shouted ‘hey Siri’ as he lay on the floor, then asked the voice activated assistant on his smartphone to call his older sister Rbeeda, 21, who rushed home while phoning for an ambulance.

‘When I opened my right eye all I could see was blood. I thought for a moment I was going blind.

‘I couldn’t really breathe properly and I was going into a bit of a panic.

‘I tried to stretch out to my phone which must have been about a metre away. Then I remembered about the Siri setting. 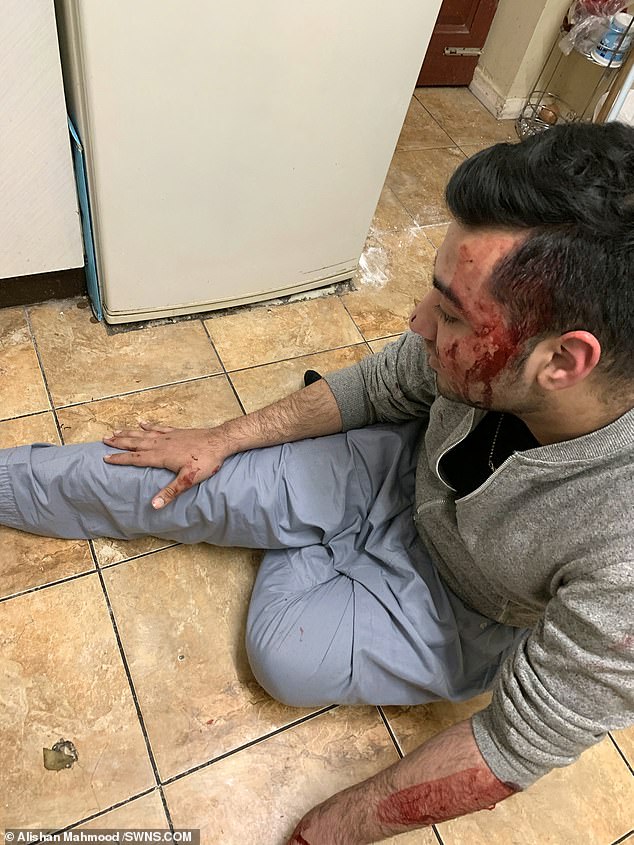 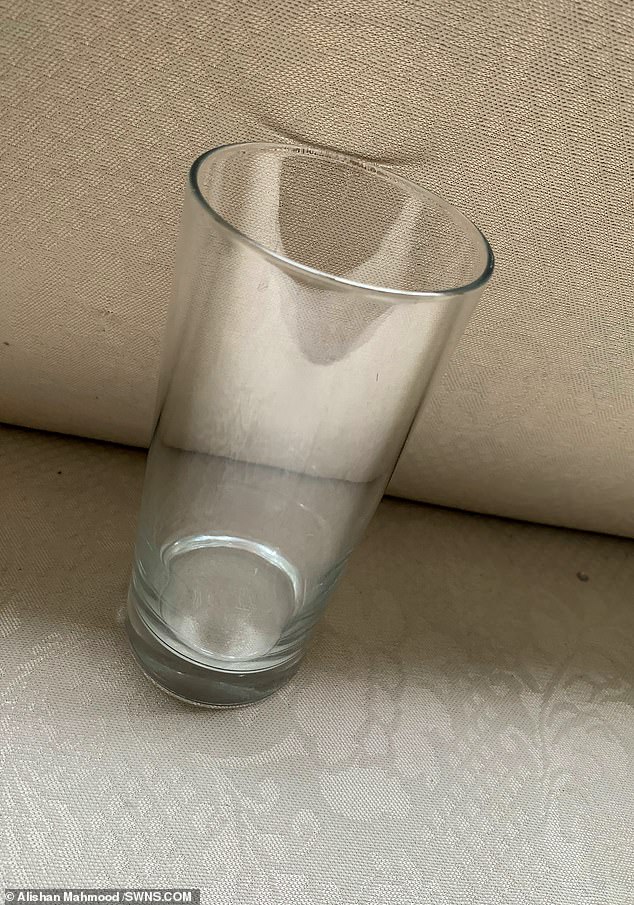 ‘It felt like the stupidest thing calling out to it but I had no other choice but to give it a go.

‘I called out ”Hey Siri” and it responded ”How can I help?”

‘I felt this sigh of relief as it was as though someone was acknowledging the pain I was in.

‘I then said ”phone Rbeeda” and it put me through straight away.

‘Thankfully she picked up the phone straight away and phoned an ambulance too.

‘People always slag off young people for always having their phones in their hand but had I left it upstairs I would have been there for God knows how long.’

Mr Mahmood had decided to spend his bank holiday Sunday home alone after feeling ‘dizzy’ earlier in the day.

With his mother, father and five sisters out for a family meal, he had text his older sister Rbeeda at 10pm saying he was heading to bed. 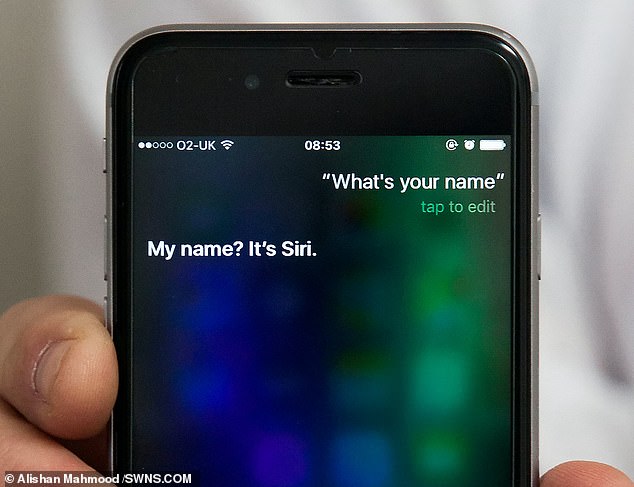 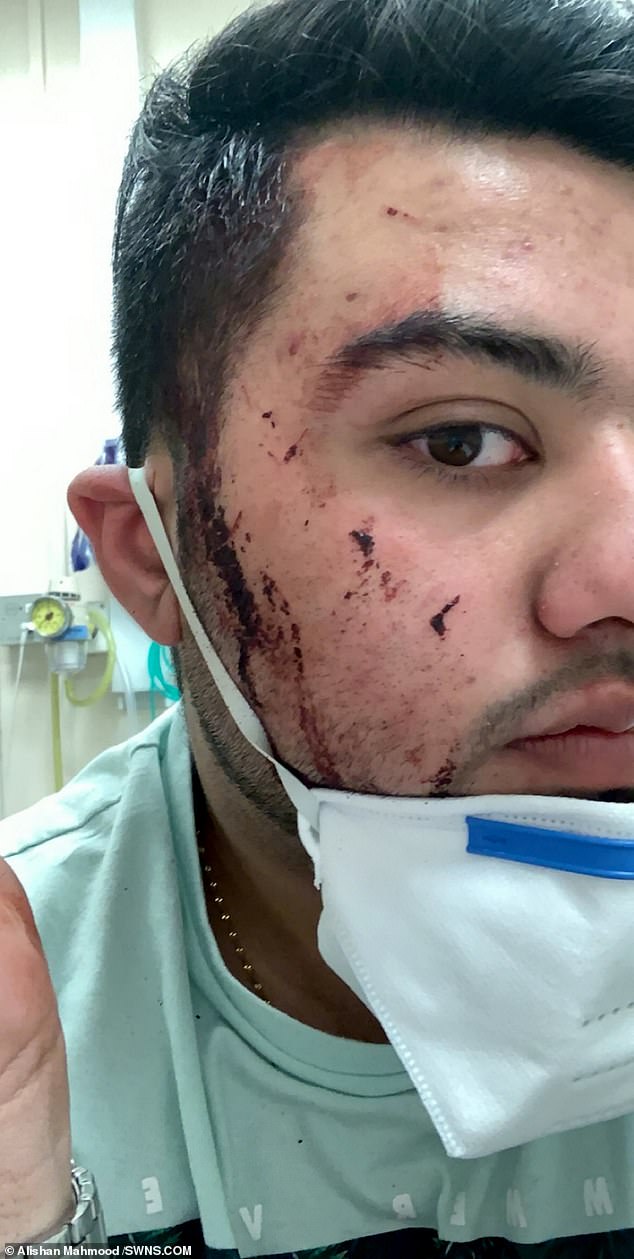 However as he poured himself a glass of tropical juice, Mr Mahmood suddenly collapsed on the kitchen floor with the tumbler in his hand.

Mr Mahmood’s panicked phone call allowed his family to call 999 while driving home to help him.

His family and paramedics arrived at the house within 15 minutes and Mr Mahmood was taken to Stoke Mandeville Hospital in Aylesbury.

He had blood tests and CT scans but doctors did not discover the reason he had fainted and he was sent home to rest.

Mr Mahmood added: ‘The moral of the story is Siri saved my life.

‘You do just think £48 a month is a waste of money but now I think of it in a different way.