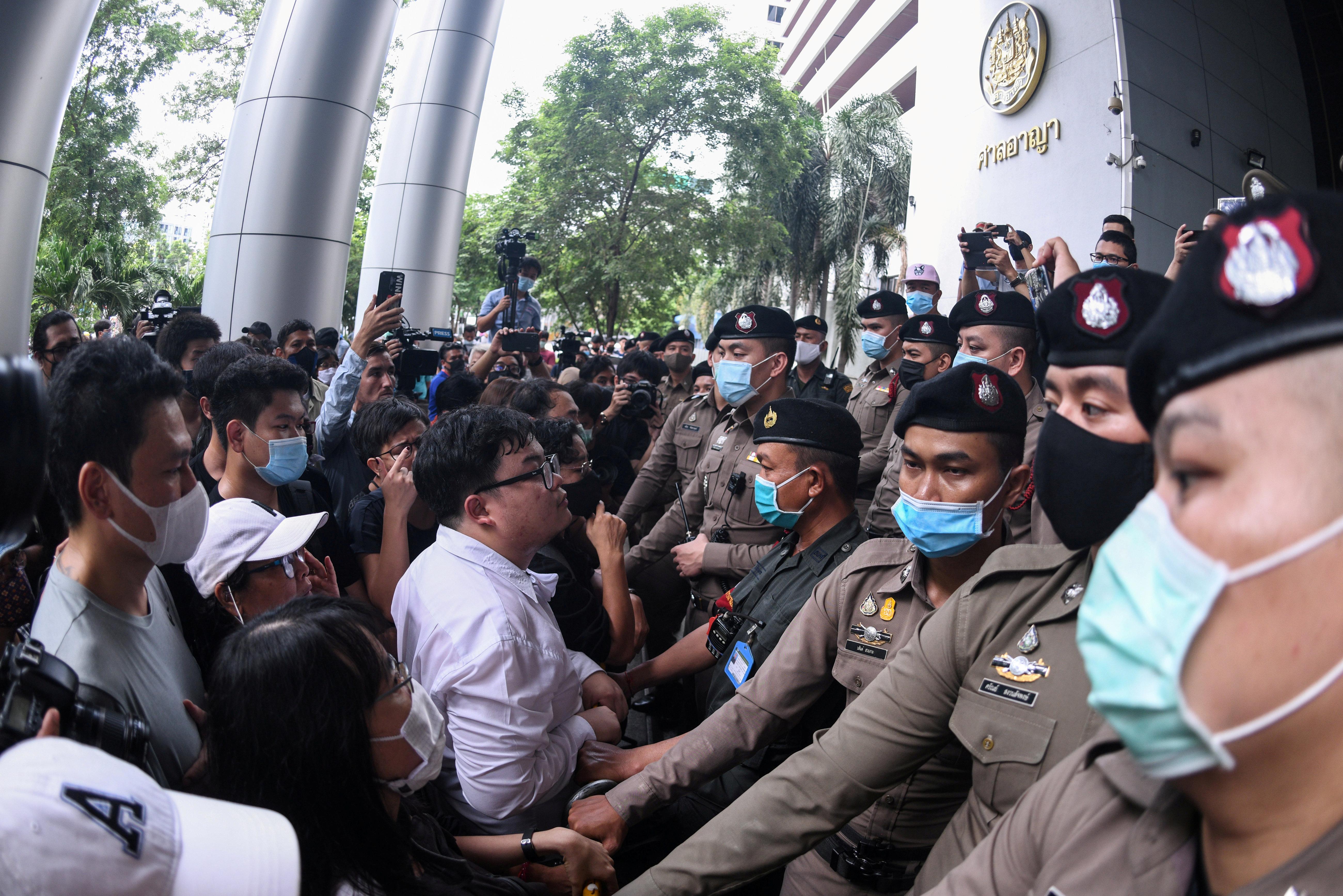 BANGKOK (Reuters) – Dozens of protesters gathered in front of a Bangkok court on Saturday to demand the release of activist leaders, vowing to escalate anti-government demonstrations with a call for a protest in the Thai capital.

“Whom does the court serve in this country?,” Parit Cheewarak, a student leader widely known by the nickname Penguin, told 60 to 100 protesters in front of Bangkok’s Criminal Court.

“No matter how senior you are, you are not above the taxes that pay your salaries,” he said as police watched.

Protesters have returned to Thailand’s streets to call for the ouster of the government of 2014 coup leader Prayuth Chan-ocha after a disputed general election last year that activists say was engineered to ensure his hold on power.

Charges against Anon and Panupong include sedition and violating an emergency decree imposed to stop the spread of the coronavirus.

The court declined to process a police request to jail the two men on Friday because it was filed too late. They were instead held overnight at a police station.

At a protest on Monday, Anon had called for reforms to the monarchy in an extremely rare public challenge to the powerful institution. He was not charged over that protest.

WHERE ARE THEY NOW? The players from LeBron James' legendary 2003 NBA Draft

Geneva will introduce 'world's highest minimum wage' of £41,430 a year