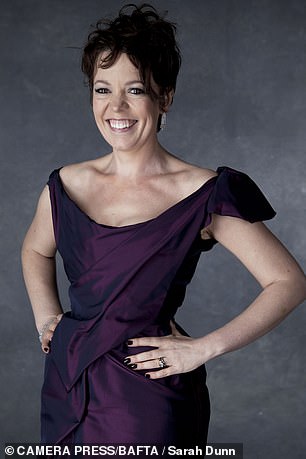 The honour means a trip to Buckingham Palace for Miss Colman

OSCAR-winner Olivia Colman continued her stellar year yesterday with a CBE in the Queen’s Birthday Honours.

The actress said she was ‘totally thrilled’ by the award, just months after she scooped an Oscar for her role as Queen Anne in The Favourite.

The honour means a trip to Buckingham Palace for Miss Colman, 45, who will play the Queen in the hit Netflix series The Crown this year.

She was among hundreds of stars, heroes and campaigners recognised in this year’s honours list, including fellow actor Simon Russell Beale, who received a knighthood.

Miss Colman said: ‘I’m totally thrilled, delighted and humbled to be in the company of these incredible people, most of whom have been nowhere near as visible as I have, but should be – and hopefully now will be. It’s such an honour.’

Adventurer and Chief Scout Bear Grylls, 45, received an OBE. He said the award was a ‘team effort’ he shared with volunteers running Scout troops around the country, adding: ‘This really is a huge honour and something, if I’m honest, that I never expected to happen.

‘But I really feel it’s a team effort, this award is for every one of those incredible Scout volunteers.’ 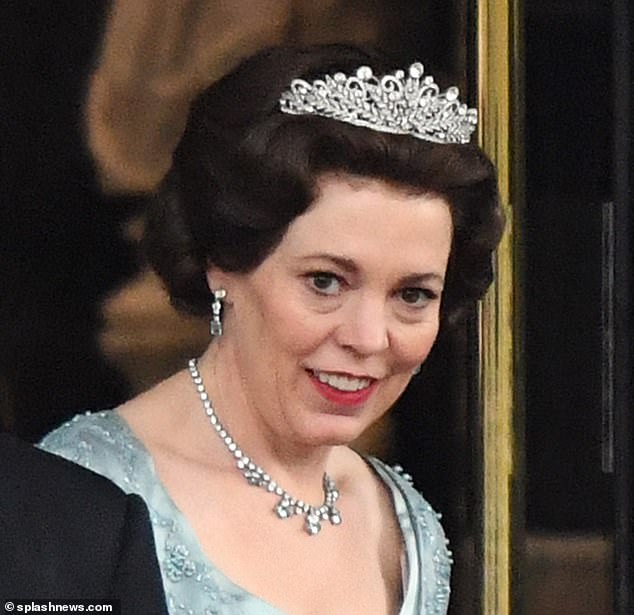 CBE: Olivia Colman as the Queen. Miss Colman said: ‘I’m totally thrilled, delighted and humbled to be in the company of these incredible people, most of whom have been nowhere near as visible as I have, but should be – and hopefully now will be. It’s such an honour.’ 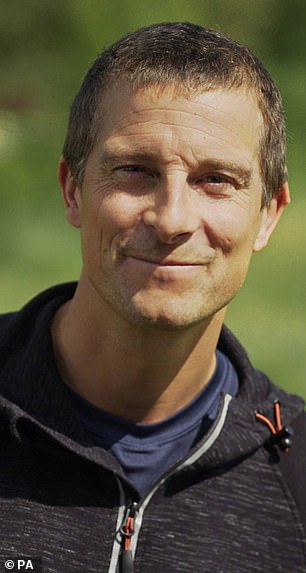 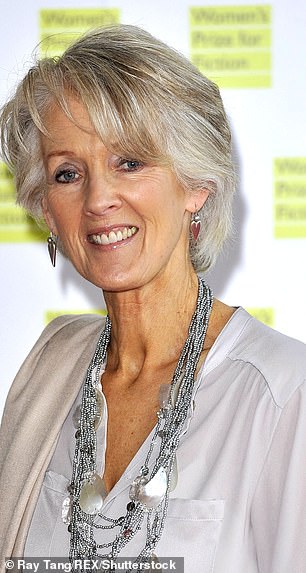 Rapper MIA, real name Mathangi Arulpragasam, and Andrew Roachford, the singer-songwriter behind the band Roachford, are made MBEs for services to music.

After a career spanning four decades, Russell Beale, one of Britain’s most acclaimed stage actors, will become Sir Simon. He said: ‘It is a very great honour and I think my mother, were she alive, would be very proud.’

Authors Joanna Trollope and Lee Child – best known for the Jack Reacher thrillers – were both given CBEs.

Celebrity photographer Terry O’Neill was also awarded a CBE, alongside Sixties songwriter Mitch Murray, who penned the hits You Were Made For Me and I Like It.

Author Sarah Waters, who wrote Tipping The Velvet, received an OBE, as did actress Cush Jumbo, who starred in The Good Wife and Vera. There was an MBE for broadcaster Dan Snow. 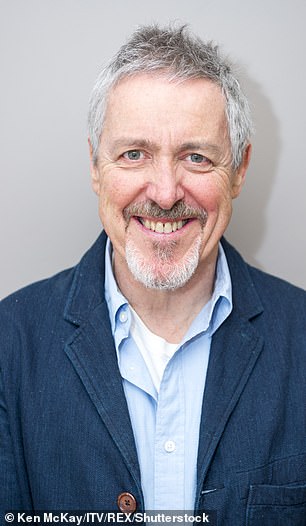 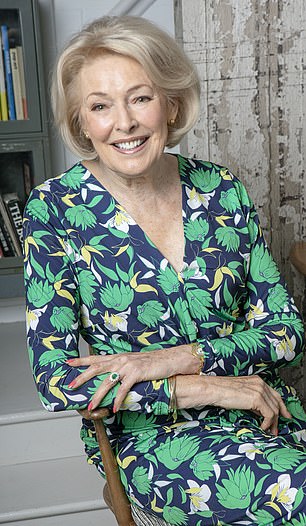 There was also an OBE for Alastair Fothergill, producer of the David Attenborough wildlife documentary series Blue Planet and Planet Earth.

The same honour went to Andrew Harries, chief executive of Left Bank Pictures, the production firm behind The Crown. British Empire Medals were awarded to Diana Moran, 79, who shot to fame with her Green Goddess exercise segment for breakfast TV, and Emmerdale star Chris Chittell, who has been in the soap for 33 years.

Away from the entertainment world, there were knighthoods for the heads of MI5 and MI6, Andrew Parker and Alex Younger, and for long-serving MPs George Howarth and Norman Lamb.

The scientist who advised the Government on the clean-up after the Novichok nerve agent attack in Salisbury, Professor Ian Boyd, was also knighted.

There was a damehood for Carolyn Fairbairn, head of the Confederation of British Industry, while others were awarded to MEP Jacqueline Foster and former cancer nurse Laura Lee, who co-founded the cancer charity Maggie’s.

Terence Whittles, national chairman of the Royal British Legion, was given a CBE, and its director of music, Captain David Cole, was awarded an OBE.

Many lower-profile but no-less-deserving people also received honours, including MBEs for 15 foster carers who have looked after more than 1,000 children.

The carers, from all over Britain, included William Foster, 82, and his wife Jean, 74, who have fostered 186 children and adopted two in more than three decades. 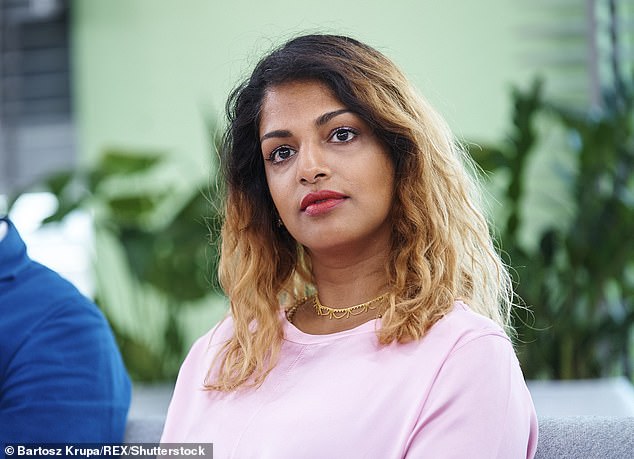 Rapper MIA, real name Mathangi Arulpragasam (pictured), and Andrew Roachford, the singer-songwriter behind the band Roachford, are made MBEs for services to music

Prime Minister Theresa May wanted the Queen’s Birthday Honours to reward those who had helped children and young people through education or by tackling social mobility and discrimination.

Headmistress Elisabeth Carney-Haworth and her husband David, a retired police officer from Cornwall, received OBEs for their work with children affected by domestic violence. Nimco Ali and Dr Leyla Hussein, who campaign against female genital mutilation, also received OBEs for their courage in talking openly about how they were cut as children.

Sonia Watson, of the Stephen Lawrence Charitable Trust, was given an OBE for helping young people find careers in architecture.

There was also an MBE for Eileen Fenton, from Wakefield, West Yorkshire, who became the first woman to complete the Cross Channel swim sponsored by the Daily Mail in 1950, when she was 21.

The inventor of the Tunnock’s Teacake said he was ‘deeply honoured’ to be awarded a knighthood.

Boyd Tunnock, 86, created the marsh- mallow-filled snack in 1956 and still spends most days on the factory floor of the family-owned firm in Scotland.

The sweet treat, pictured, became so popular that giant dancing teacakes featured in the opening ceremony of the Glasgow 2014 Commonwealth Games, and scientists launched a Tunnock’s Teacake into space in 2017, attached to a weather balloon that reached an altitude of 121,414ft. 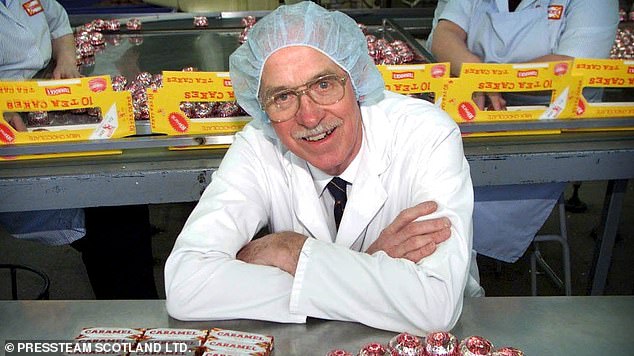 Boyd Tunnock, 86, created the marsh- mallow-filled snack in 1956 and still spends most days on the factory floor of the family-owned firm in Scotland

Sir Boyd said of his knighthood: ‘When you get to my age, very few things surprise you, but this certainly did and I am deeply honoured and grateful to Her Majesty the Queen.’

Asked about being addressed as ‘Sir Boyd’, he joked: ‘I’ll just have to make sure I live long enough to get used to it.’ The family company was started by his grandfather Thomas Tunnock in 1890 as a bakery shop in Uddingston, Lanarkshire, and now employs more than 570 people in the town. It exports to 30 countries, with a turnover of more than £52million.

He said: ‘His iconic Scottish products are not just much-loved by people across Scotland, but are an international success story.’

The Duke and Duchess of Cambridge’s housekeeper has been recognised in the honours.

Antonella Fresolone has been awarded a Royal Victorian Medal for her years of service, most recently running William and Kate’s household at Kensington Palace.

The Italian, who is unmarried and in her mid-forties, started working for the couple shortly before the birth of their first child, Prince George.

The £23,000-a-year position comes with a staff apartment at the palace and Miss Fresolone, with her strong work ethic, was considered a ‘shoo-in’ for the post.

Before taking up her current role, she was one of the Queen’s top three housemaids and worked at Buckingham Palace for 13 years.

Clive Alderton, principal private secretary to Charles and Camilla – the couple’s most senior advisor – has been made a commander of the order, while Edward Mark Bruton Priday, manager of the Queen’s bank, Coutts & Co, has been made a member.

Medal for the Holocaust survivor who met ‘Dr Death’ 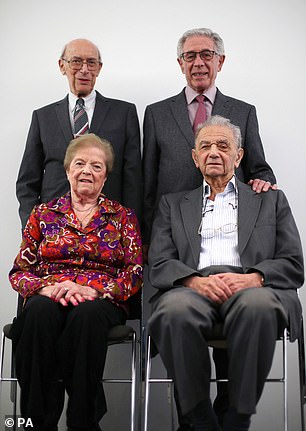 Sentenced to die in the gas chamber by Hitler’s notorious ‘Doctor of Death’, 14-year-old Rachel Levy believed her fate was sealed.

But as she and other Jewish children waited at Auschwitz concentration camp in 1944, a guard allowed them to flee.

Now 88 and a grandmother living in north London, Mrs Levy and other child survivors have been awarded the British Empire Medal (BEM) in this year’s Queen’s Birthday Honours – in recognition of their work teaching generations of children about the Holocaust.

Mrs Levy, who grew up in former Czechoslovakia, said Nazi persecution in her home town began when Jewish children were barred from going to school and their families stopped from running businesses.

Her father Solomon and other men were taken to a labour camp in 1941 and never returned. Later, the women and children were forced on trains to be taken to Auschwitz.

Her family arrived together. But her two younger sisters, Rivka, ten, and eight-year-old Etta, and her toddler brother Ben-Zvi were too young to work so they were taken to the gas chamber immediately, along with their mother Shlima.

Only Rachel and her brother Chaskiel, 16, were spared. She underwent other ‘selections’ – often overseen by Dr Josef Mengele – in which the weakest were picked out to die, as part of the extermination of around six million Jews. 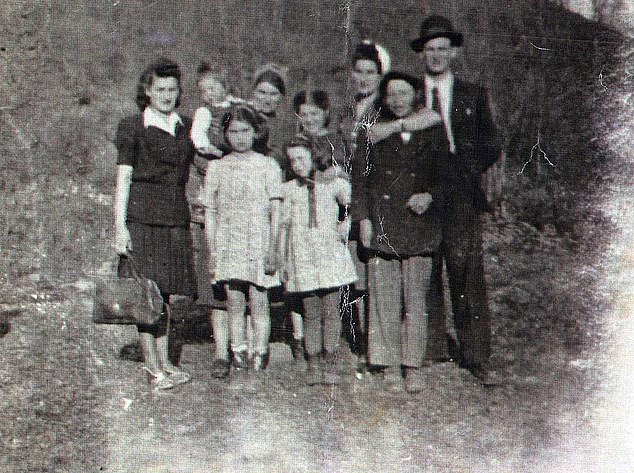 Rachel Levy (back row, third from left), aged 13, with family members including her mother, a brother, two sisters and an aunt, who all died

Finally, he gestured that she too should die. But a delay forced their SS guard to listen to their cries, as they called out: ‘Why can’t you help us?’ Mrs Levy said the female guard gestured for them to run away and she hid among kitchen workers. She and thousands of other inmates were later forced to walk for 21 days from Poland to the concentration camp Bergen-Belsen in Germany in the last months of the war – the so-called ‘Death March’.

Once inside Belsen, she was met by unimaginable scenes of horror, as piles of bodies were left to rot. Her aunt died in the camp and Mrs Levy contracted typhoid.

Liberation came in April 1945, when British soldiers arrived. Mrs Levy and her brother Chaskiel were reunited and came to Britain.

Daughter Shelley, 56, said her mother still suffered nightmares after reliving her experiences but was delighted to learn she would be honoured for her work.

BEMs were also awarded to Walter Kammerling, 95, Gabrielle Keenaghan, 92, Ernest Simon, 89, George Hans Vulkan, 89, and Ann and Bob Kirk, 90 and 94, who were all brought to Britain as children to escape Nazi-occupied Europe. Mr Kirk lost 20 members of his family but survived after his parents sent him to Britain from Germany in 1939, when he was 13. His wife Ann said: ‘In our talks, we always make the point that our experiences show the dangers of racial prejudice and that it is essential to treat everybody as human beings, regardless of race and religion.’

The Holocaust Educational Trust estimates that those honoured have given powerful accounts to more than 100,000 schoolchildren.

Karen Pollock, the trust’s chief executive, said: ‘Against a backdrop of rising anti-Semitism, Holocaust denial and hate, we must ensure that this period of history is taught about and known and that the memory of the past is preserved and shared so that future generations know what happened.’