There is an uneasy calm on the streets of Hong Kong – a break in the battle.

Riot police remain on alert but the huge crowds of protesters have gone.

In their place, small pockets of resistance serve as a reminder this fight is far from over. 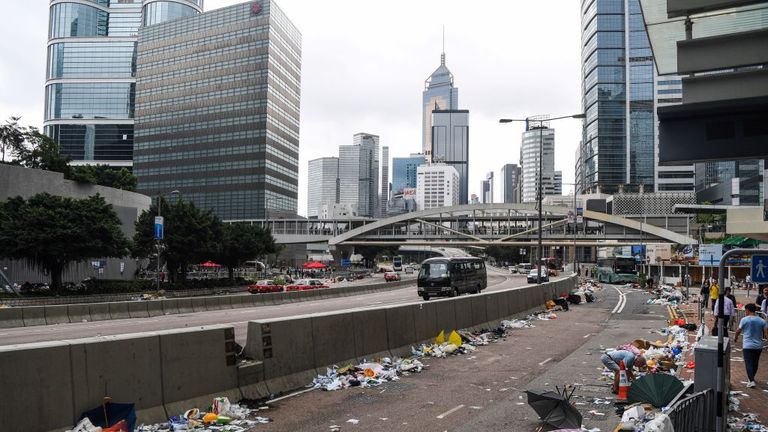 On a bridge near the Legislative Council, hunger strikers stack up their sleeping bags and prepare for a day of peaceful protest. 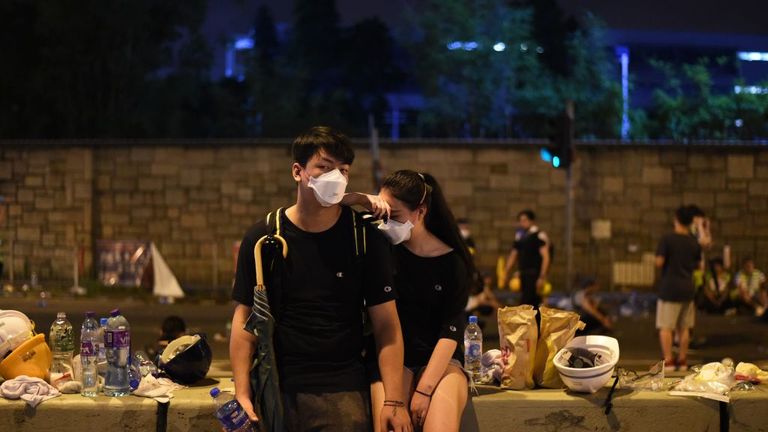 “We were already telling the government again and again what the people want and they don’t hear us [so] we have to do this.”

Wednesday’s violence was some of worst since the return of Hong Kong to Chinese rule in 1997.

According to latest figures, 81 people were injured as tension over a controversial extradition bill boiled over again. Pressure is now mounting on Hong Kong’s leader to quit over this crisis.

Among them was Charles Mok who fears the freedoms they are fighting to protect are already being eroded by China. 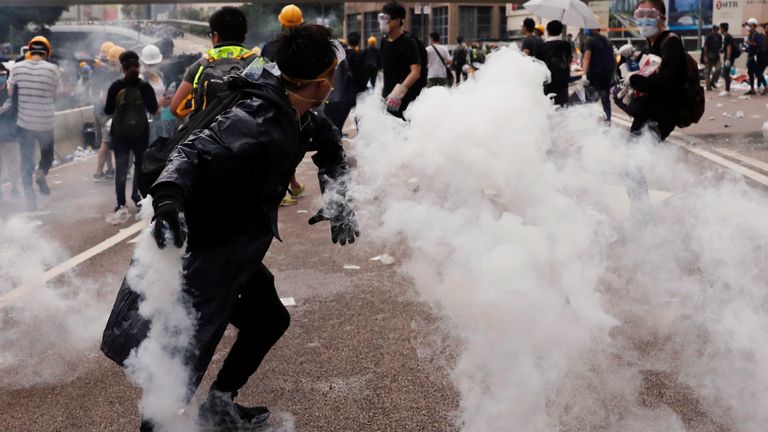 “More and more people are thinking about leaving Hong Kong,” he explained.

“It’s just not the same anymore. It’s not the Hong Kong that we know, that is free.”

While the chief executive is adamant changing the law would benefit the people, even supporters are urging her to slow down.

“She can not afford to have any loss of life on this issue. The warning is ample and enough,” pro-administration lawmaker, Michael Tien, said. “So the only way out is to defuse the situation. There is still a window left for her to do something.”

However, Wednesday’s violent clashes have already forced a break in proceedings with the Legislative Council confirming there will be no debate of the bill on Friday either.

But the peace could be short lived.

Even the debris from street-battles is swept away, another demonstration is being planned for Sunday.

With neither side prepared to back down, Hong Kong’s political crisis is deepening.