Spurs fans sat bare-chested and shame-faced in handcuffs on the pavement after being arrested for allegedly fighting on the eve of the Champions League final.

Witnesses said a fourth was taken to hospital ‘covered in blood’ after a brawl in a side street next to Plaza Felipe II where Liverpool fans were asked to congregate ahead of tonight’s match in Madrid.

Up to 20 Spanish police broke up the brawl around 11pm on Friday. 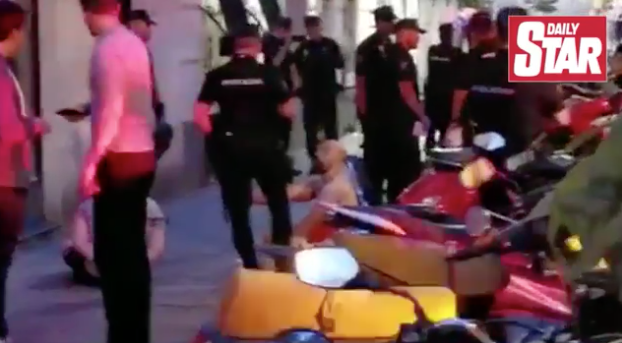 “There was a big fight between four fans. One was covered in lots of blood”

They said four Brits were arrested for assault – including against officers.

Around 1,000 Liverpool fans had spent hours singing in the square.

Dozens climbed on top of portable toilets to lead the chants.

Police watched the good-natured scenes – involving families with young children – from 500 yards away.

Suddenly officers raced across the square after trouble flared.

One local said: “There was a big fight between four fans. One was covered in lots of blood. 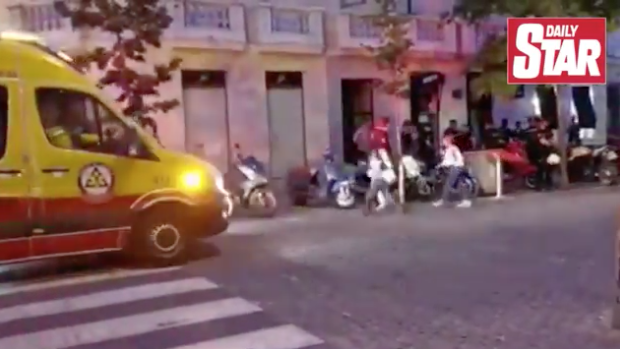 “They were put in an ambulance. They must have been drinking too much.

“There are three sitting on the ground in handcuffs. The police were struggling with them.

Horrific footage posted onto Twitter by Tottenham account @Coys_News shows a fan struck on the legs from behind by a police baton.

The clip was captioned: ”Police in Madrid have just come into a bar and just battered about 50 Spurs fans for no reason. Many injured.” 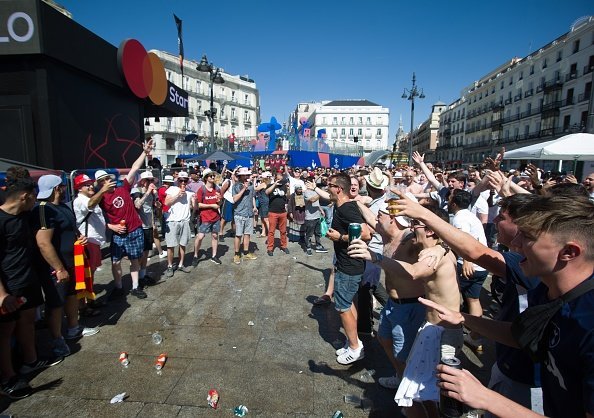 More than 70,000 Liverpool and Spurs fans are travelling to Madrid for tonight’s match.

Less than half have tickets.

An extra 1,300 police have been deployed in what Spanish officials say will be their biggest ever security operation for a single sporting event.