Speaking in Davos, the US President accused the EU of having “taken advantage” of America. At present, the US has a $109billion trade deficit with the bloc, something Mr Trump is eager to change.

Fresh off the back of his success in agreeing a new trade agreement with China, Mr Trump declared he would renegotiate the terms of Washington’s deal with Brussels to benefit the US.

Predicting a battle ahead, he described the European Commission as “tougher than China” when it comes to making trade pacts.

However, he predicted the EU would be willing to renegotiate the current deal for fear of how the US would respond if they refused.

He told reporters at the World Economic Forum summit in Davos: “While we were in Davos we met with the world leaders, including the President of the European Commission. 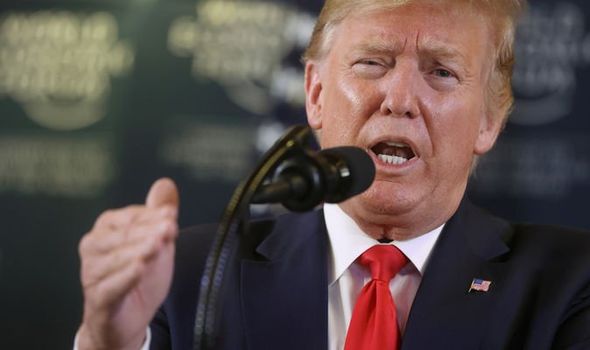 “We are going to start negotiations on a trade deal with them, because the European Commission is frankly, in many ways, tougher than China.

“I say that respectfully but that’s the way it is, they’ve taken advantage for a long time.”

He added: “We’ve had a tremendous deficit for many, many years — over $150 billion with Europe.”

Promising to retaliate against the EU if the bloc failed to agree new terms with the US, Mr Trump threatened to ramp up sanctions on Europe. 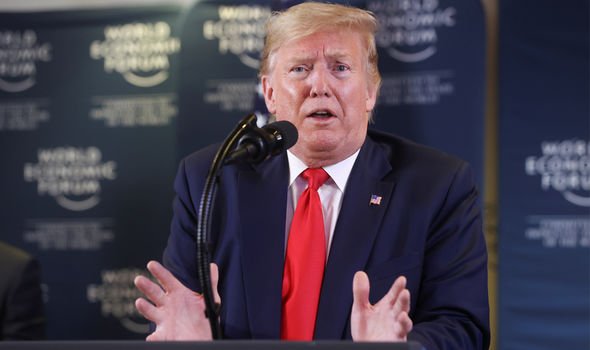 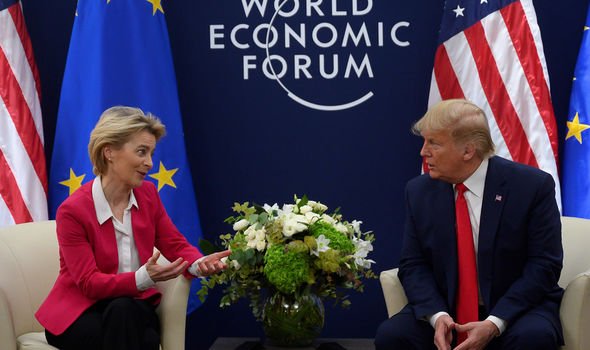 He told reporters: “We’re going to be able to make a deal. Otherwise, we’ll have to do something else.

During the Davos summit Mr Trump met with the European Commission President and warned her he would “take action” with “very high tariffs on their cars and other things” if a new deal was not agreed.

The US President has dedicated a large amount of time during his first term in office to renegotiating the US’s trade deals around the world. 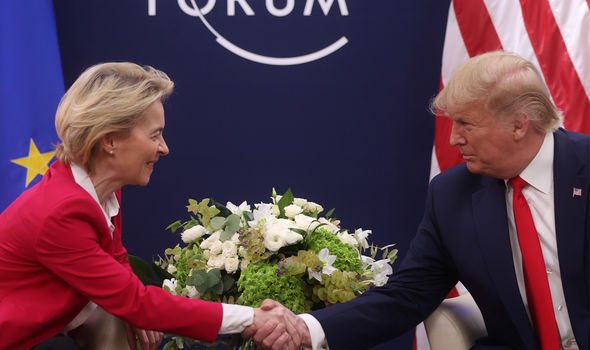 Already he has signed new agreements with Mexico and Canada as well as completing the first stage of talks for a new trade deal with China.

Turning his attention to Europe, Mr Trump said: “Quite frankly, Jean-Claude was a friend of mine but he was impossible to deal with.

“I wanted to do Mexico and Canada first.

“Now they’re all done and we’re going to do Europe.”