Two babies, aged 15 months and three months old, survived Kentucky tornado after grandmother put them in a bathtub – with a blanket, pillow and Bible – before it was ripped out by the twister and landed upside down on them in the yard of demolished home

Two babies sheltering in a bathtub during the deadly tornadoes that hit Kentucky this month miraculously survived under the overturned tub after it was sent flying from the devastated home, their grandmother said.

Clara Lutz, who frequently babysits her two infant grandchildren – Kaden, 15 months, and Dallas, three months – put them in a bathtub with a blanket, a pillow and a Bible as her house started shaking from the tornado rolling through on December 10.

Her home in Barnsley, Kentucky, did not have a basement to shelter in.

‘I felt the rumbling. I felt the shaking of the house. The next thing I knew the tub had lifted and it was out of my hands. I couldn’t hold on,’ Lutz told Click Orlando.

‘I was looking everywhere to see where the tub may be. I had no clue at all where these babies was. All I could say was: “Lord please bring these babies back to me safely. Lord please, I beg thee.”‘ 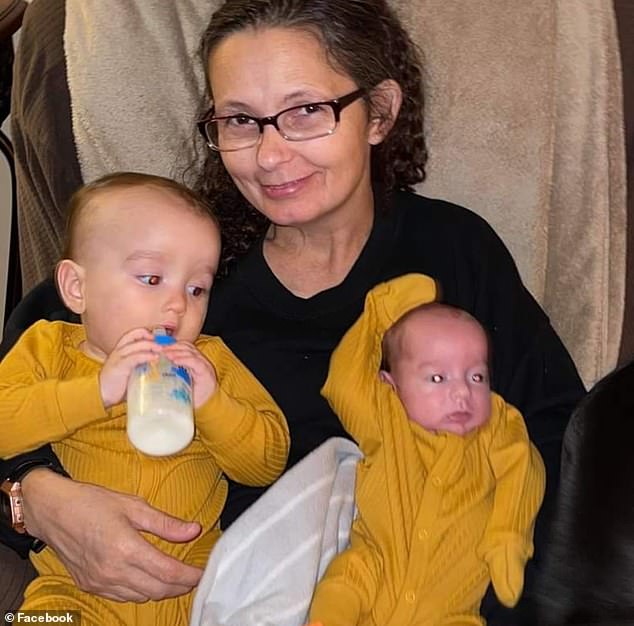 Clara Lutz (center) was babysitting her grandchildren Kaden, 15 months (left), and Dallas, three months (right), when a tornado was ripping through her Barnsley, Kentucky, home 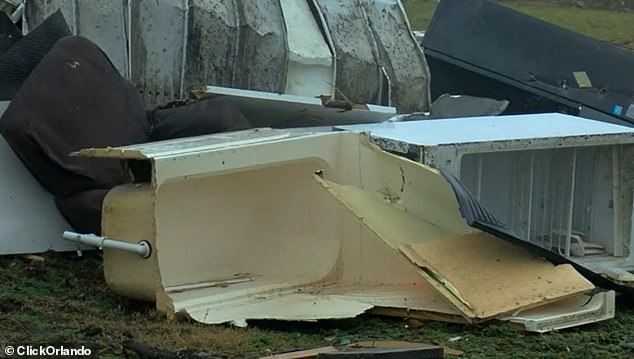 She sheltered the baby from the storm in a bathtub with a blanket, pillow and Bible. They were later found underneath the overturned tub in Lutz’s yard (pictured) 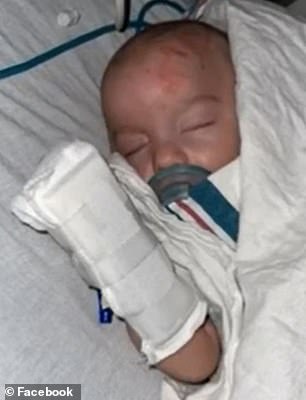 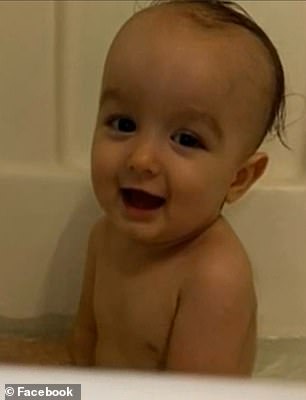 Dallas (left) suffered a brain bleed, which stopped before Lutz could get to the hospital. Kaden (right) survived without any injuries

Lutz’s home was stripped down to the foundation in the chaos and she was hit in the back of the head with the tub’s water tank.

Officers found the bathtub in her yard, upside down, with the babies underneath. They had even stayed dry under the tub as it began to rain.

‘The sheriff come down, I got in the sheriff’s car right at the end of my driveway. They opened up the door and brought me Kaden, my 15-month-old. It wasn’t long after that they brought me Dallas, my three-month-old,’ Lutz said.

‘He had a big ‘ol goose egg on the back of his head. We didn’t know what was wrong.’

Dallas suffered a brain bleed from the effects of the storm and was rushed to Vanderbilt University Medical Center Nashville.

However, the bleeding stopped before Lutz got to the hospital, she told the news station.

The children’s parents live in the north end of the county and their home was nearly untouched by the tornado.

In Kentucky, state emergency management officials and the state health department have said that the current death toll is 78.

The governor, who noted that his staff believes there are an additional three deaths, said Saturday that all of the people reported missing in the state after the outbreak of tornadoes have been accounted for.

At least 93 people have been confirmed dead across five states after more than 40 tornadoes pummeled the region.

The December 10 tornadoes killed six in Illinois, five in Tennessee, two in Arkansas and two in Missouri.

Surveillance video showed a tornado tearing through a bank in Mayfield, Kentucky, when dozens of fatal twisters wreaked havoc.

The FNB Bank branch in Mayfield – the same Western Kentucky town where eight people died at a candle factory – was destroyed by a tornado on the same night.

Video from inside the bank shows Christmas trees and standee posters shaking from the wind as the twister approaches. The lights flicker off before the tornado rips through the lobby, ripping off the glass doors and sending a Christmas tree flying. 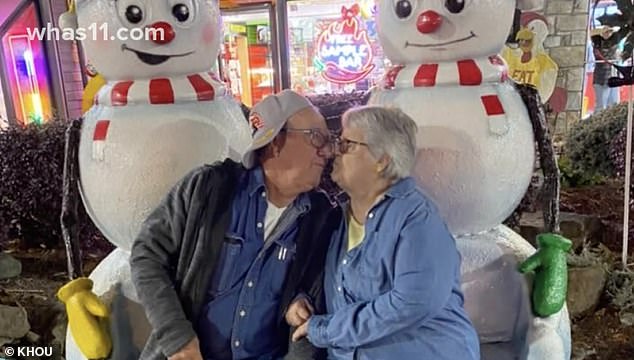 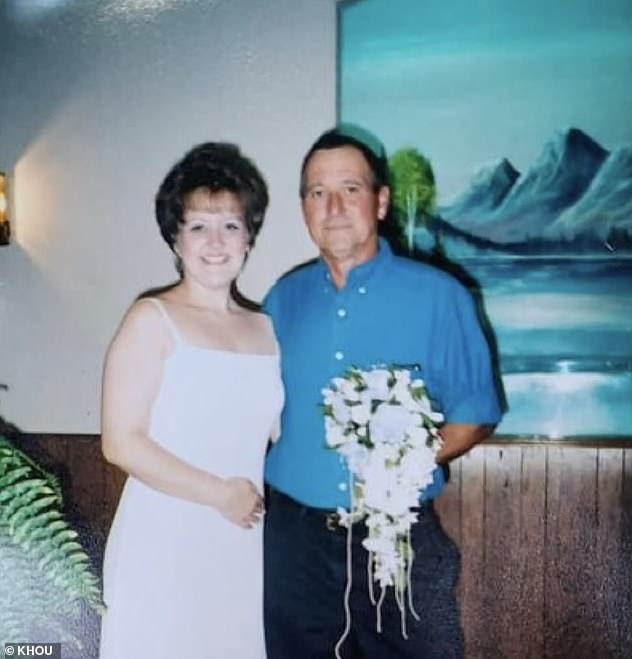 Also in Kentucky, an elderly couple married for 56 years died holding hands after the devastating tornadoes.

Billy and Judy Miller were two of the victims killed as storms tore through Muhlenberg County – northwest of Bowling Green in western Kentucky – late Friday night.

‘They had passed away together, holding on to each other,’ their granddaughter, Serenity Miller told KHOU.

‘Their love was so deep for each other, we knew they wouldn’t be able to survive without each other.’

Miller said that despite half a century together and losing a son, Billy Miller Jr, and a daughter, Heather Miller Brooks, her grandparents’ love for each other never dimmed.

In Mayfield, more than 100 employees of the Mayfield Consumer Products candle factory braved a tornado inside the facility, with some saying they were trapped under as much as five feet of rubble.

Elijah Johnson, 20, has filed a lawsuit with 109 other employees against the family-owned candle factory in Kentucky.

They are asking for an undisclosed amount after they say they were told that if they left the factory they’d be fired – despite tornado sirens going off.

Only a few hours later, the whole factory was destroyed by the tornado, killing eight and injuring several. It is unclear how many are injured or missing.

The lawsuit claims the company showed ‘flagrant indifference to the rights of Plaintiff Johnson and to the other similarly situated Plaintiffs with a subjective awareness that such conduct will result in human death and/or bodily injuries.’

The company has since denied this claim, stating that they followed protocol. 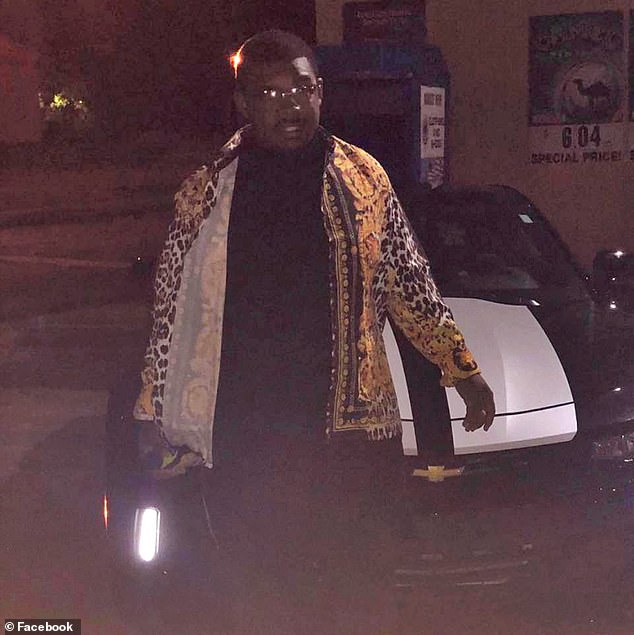 Elijah Johnson, 20, has filed a lawsuit with 109 other employees after the Mayfield Consumer Products factory allegedly said they couldn’t go home before the tornado on December 10 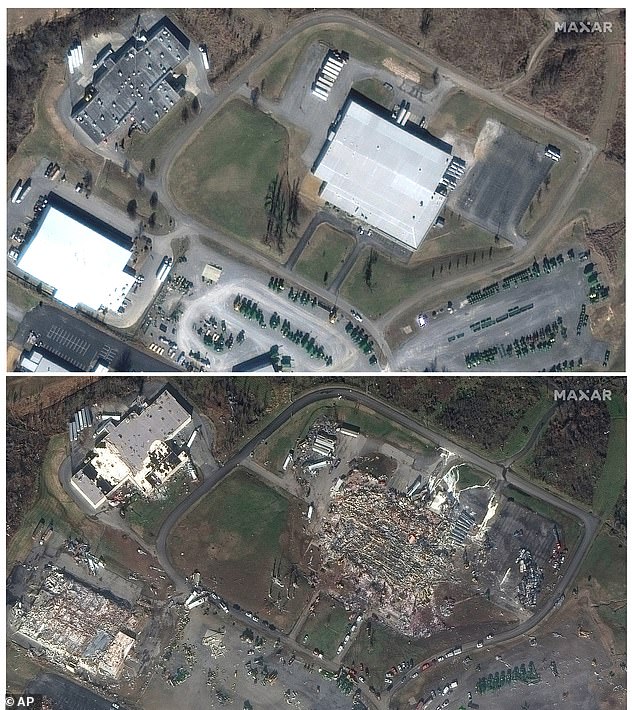 The before-and-after of the factory, which was completely obliterated by the tornado as it tore through Kentucky, leaving nothing but rubble behind. The company has since denied telling its employees they couldn’t leave and are offering hazard pay