TWO men died and a woman was seriously injured when a suspected stolen car crashed into a Honda following a police chase this morning.

The deceased were in a Volkswagen Golf in Newcastle which did not stop when instructed to do so by officers, Northumbria Police said. 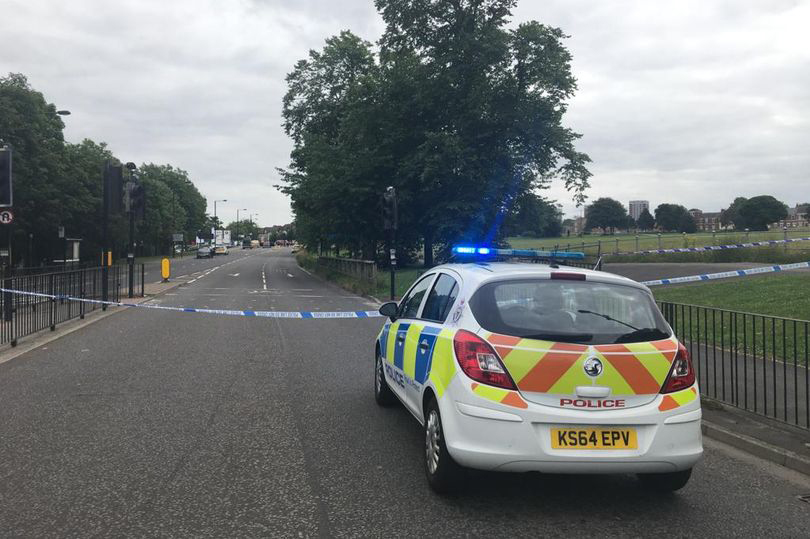 In the vehicle there was also another man who was injured in the crash, police added.

The car was driven away from the officers who had been alerted at around 8.30am that it may have been stolen.

Just 30 minutes later at around 9am, the vehicle was involved in a collision with a Honda on Barrack Road.

Emergency services, including the air ambulance and fire service, attended the scene of the collision.

Police said two men in the Golf were pronounced dead at the scene.

Another male who was also in the car was taken to hospital with serious injuries.

A woman who was inside the Honda was also taken to hospital.

The next of kin of those who died have been informed and are being supported by trained officers, a force spokesman said.

Northumbria Police has made a mandatory referral of itself to the Independent Office for Police Conduct which is to carry out an independent investigation.

A spokesman for the police force said: "Emergency services attended and two male occupants of the Golf were confirmed deceased at the scene.

"Their next of kin have been notified and are being offered support by specially trained officers.

"The road was closed shortly after the incident and is expected to remain shut for a number of hours.

"We have referred the case to the Independent Office for Police Conduct (IOPC), as is a matter of course in incidents of this nature, who have confirmed they will be conducting an independent investigation."