Home » World News » UK Covid deaths rise by another 1,052 as Matt Hancock says daily cases drop by 47% in a fortnight

COVID deaths in the UK have risen by 1,052 as Matt Hancock revealed daily cases had dropped by 47%. 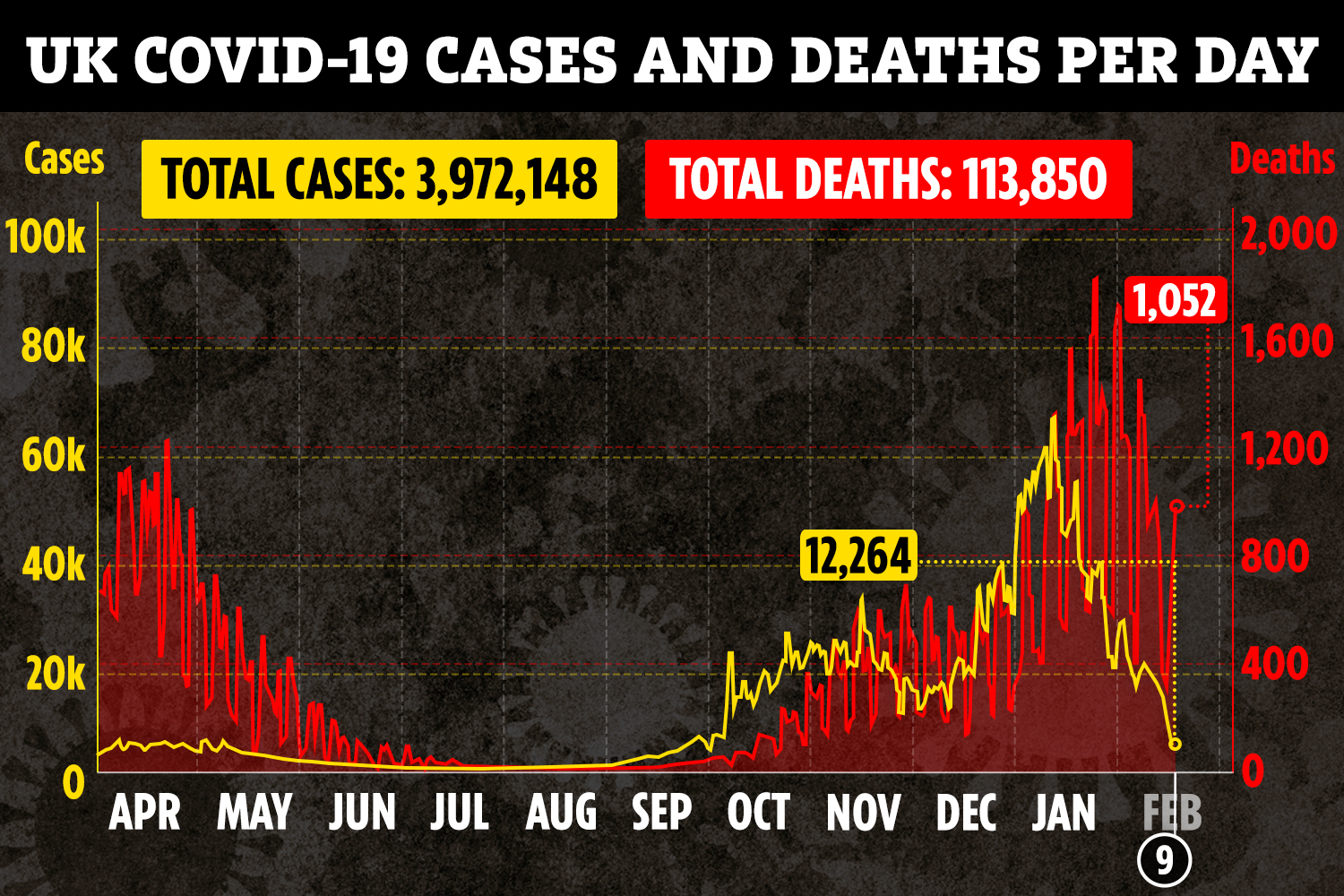 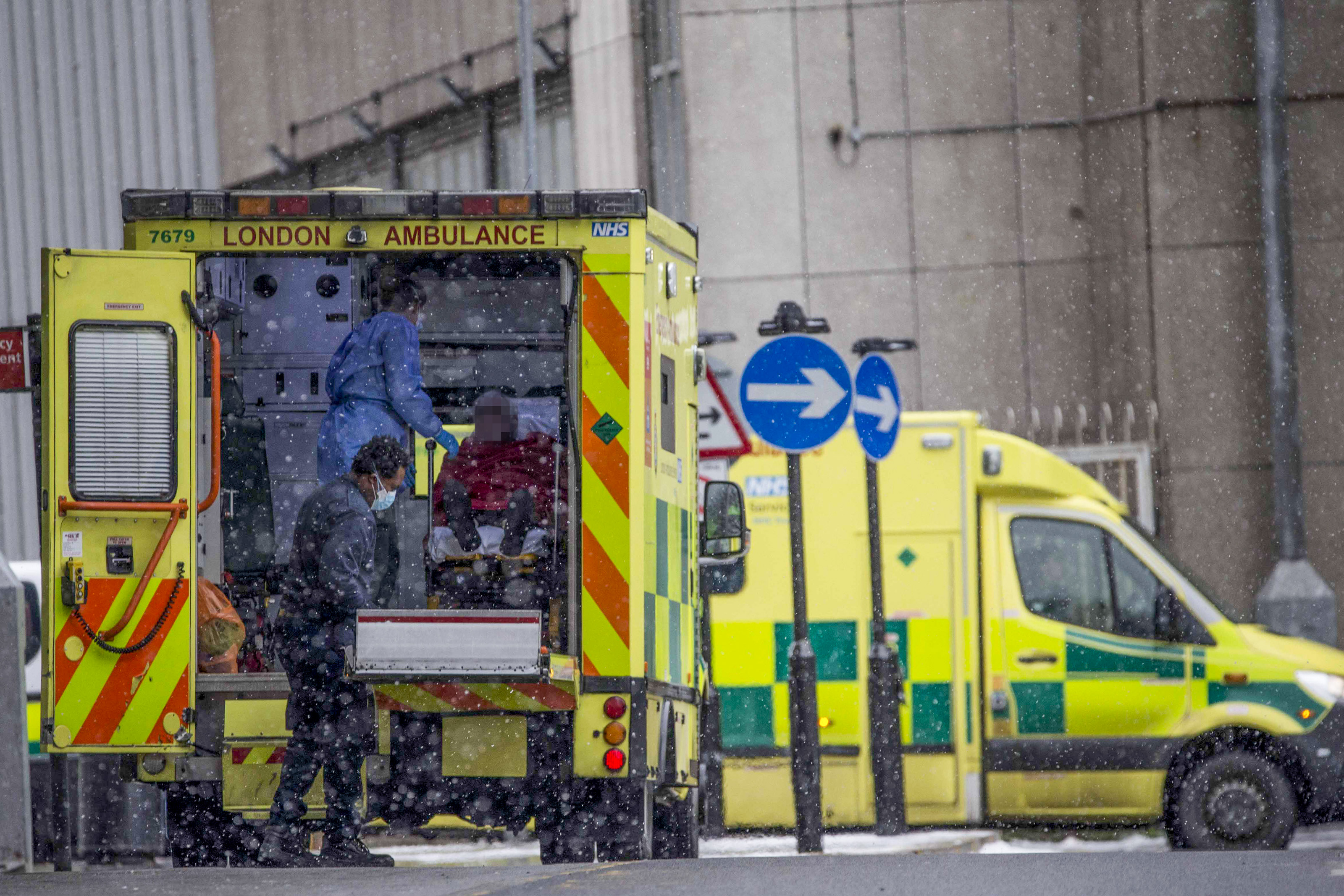 The number is 27% lower than last week when 1,449 deaths were recorded.

The number of cases has also fallen by 26% after last week saw 16,840 new infections recorded.

And speaking in the Commons this afternoon, Health Secretary Matt Hancock said the UK was "turning a corner" with cases falling 47% in two weeks.

But he warned the numbers in hospital and deaths were "still far too high".

He said: "Thanks to our collective efforts we are turning a corner. Cases of coronavirus have fallen 47% in the last two weeks and they're falling in all parts of the UK.

"But we're not there yet. Hospitalisations are falling but there are still many more people in hospital than at the April or November peaks and the numbers of deaths, while falling, is still far too high."

Yesterday, deaths fell to their lowest level in six weeks with 333 fatalities.

During the April peak, the highest daily death toll recorded was 1,010.

So far in January and February, that tragic figure has been exceeded on 22 days.

But there are now tentative hopes the country is now getting past the darkest days of the crisis.

In England today, 508 more deaths have been reported.

Wales recorded a further ten deaths – with their total now at 5,011.

In Scotland, 58 more deaths were reported bringing the total to 6,501.

While in Northern Ireland, a further ten deaths has brought the total to 1,953.

It comes as Matt Hancock today announced will be slapped with a fine of up to £10,000 if they escape from quarantine hotels before their isolation period is up.

The Health Secretary also warned passengers arriving from 'red list' countries will be forced to stay in the hotels for LONGER than 10 days – if they test positive.

All travellers entering the UK will have to take two coronavirus tests while self-isolating, it's been confirmed.

And if the PCR tests come out positive, travellers will be forced to stay in the quarantine hotel until they are proven to no longer be infectious.

And the entire process – including the mandatory tests and quarantine hotel room- will cost arrivals £1,750 each.

If passengers leave the quarantine hotel before their 10 days are up, they will be handed a £5,000 coronavirus fine.

And there will also be fines for people who fail to take the Covid tests on both occasions during their isolation period.

The tough rules come into force on Monday, February 15 – as the country toughens up its borders amid fears over vaccine-busting mutations of the virus. 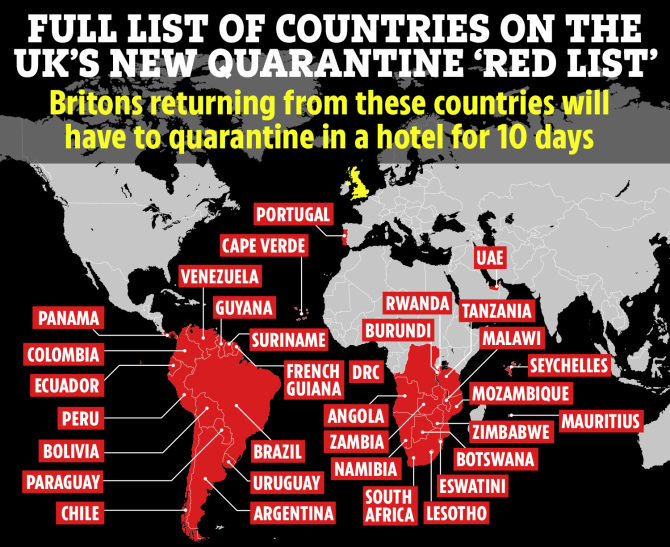