UK economy is a ‘crouching-tiger’ on course for a ‘rapid-fire recovery’ after lockdown restrictions ease, Bank of England chief economist says as officials raise growth forecasts

The UK economy is on course for a rapid recovery as Covid restrictions ease, the Bank of England’s chief economist Andy Haldane predicted today.

His upbeat assessment came as the central bank painted a brighter picture for the UK, boosted by a successful vaccine programme that will allow parts of the economy to reopen next month.

Speaking at an awards ceremony for Women In Business and Finance, Mr Haldane said: ‘As I’ve been saying for months – drawing on the economics of coiled springs, and crouching tigers, and ‘Chicken Lickens’ – I do think more likely than not we are set for a rapid-fire recovery. That is coming, and I think that is coming soon.’

Haldane has been famously optimistic about Britain’s prospects for recovery from the pandemic. 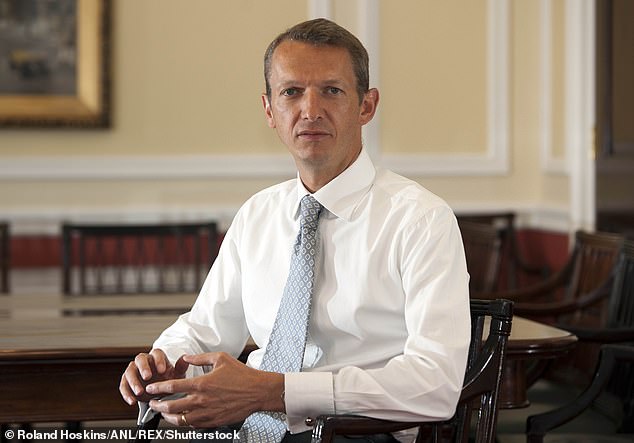 In September he warned the country was being overly pessimistic about the pandemic, adding the ‘economics of Chicken Licken’ had won over in a reference to a folk tale about a chicken who worried the sky was falling down.

Mr Haldane, like many of his peers, has predicted a spending boom once lockdown is lifted and Britons return to shops, offices and bars.

Statistics show that UK households have accumulated a savings nest egg of £125bn, which the economist compared to a ‘coiled spring’ that would kickstart growth.

The Bank of England was also upbeat at its March Monetary Policy Committee meeting, where it left rates unchanged for the ninth consecutive month.

The committee said there was evidence the economic recovery was gathering momentum and that data showed consumer confidence had picked up.

It said: ‘The news on near-term economic activity has been positive. The number of new Covid cases has fallen markedly across the UK and the vaccination programme has proceeded at a rapid pace.’

The BoE also dampened fears over the UK’s poor export performance last month, when shipments to the EU fell by 44pc – the biggest monthly decline in British trade for more than 20 years.

The bank said trade would return to normality next month once stockpiling had been worked through. allaying concerns that the UK’s exit from the EU could have caused long term problems. 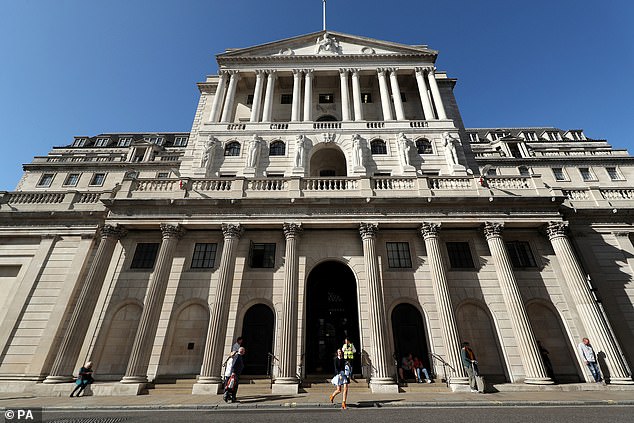 The BoE also dampened fears over the UK’s poor export performance last month, when shipments to the EU fell by 44pc – the biggest monthly decline in British trade for more than 20 years

The Bank added: ‘The January data on UK exports to the European Union were more uncertain than usual.

‘Trade was expected to have recovered somewhat in February, as inventories built up before the end of the transition period were used up.’

But earlier this week BoE Governor Andrew Bailey urged caution, telling BBC Radio 4’s Today programme: ‘Let’s be realistic, it’s not more than getting back to where we were pre-Covid.’

In addition, Mr Haldane today said saw some risks of more persistent damage to people’s job prospects due to the pandemic.

“It seems very likely, based on the evidence we have seen so far, that the deepest and the most damaging of those scars will be felt by those least advantaged in the job market, including women,” he said.

Businesses, especially in financial services, should focus more on performance than how many hours staff spend in the office, and offer better career prospects for staff who want flexible or home-working arrangements, he said.