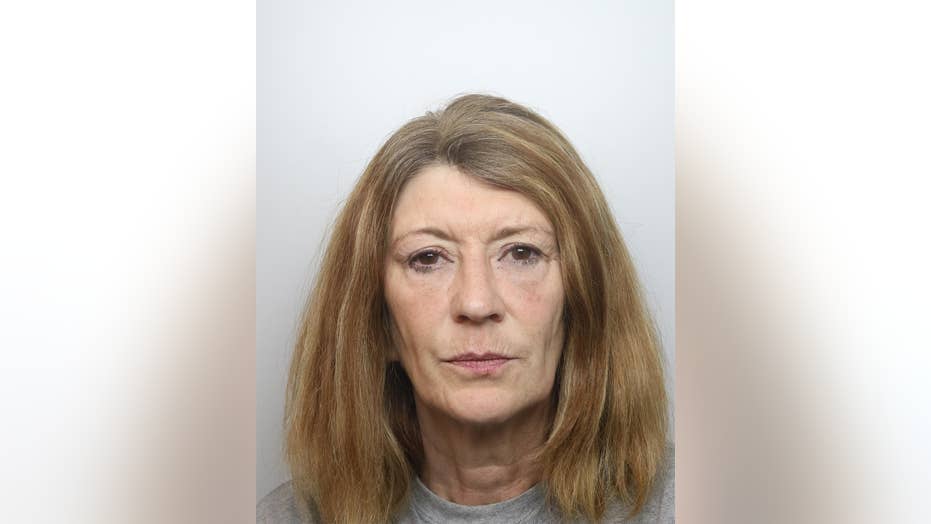 A United Kingdom court has sentenced a vengeful mother to 12 years to life in prison for murdering her husband after learning of allegations that he had sexually abused their son — who committed suicide in 2007.

One year ago Wednesday, prosecutors said Corinna Smith poured a mixture of boiling water and sugar on her 81-year-old, sleeping husband, Michael Baines.

“The day before the attack took place, Smith, aged 59, was described as angry and very upset at a rumor circulating about her husband that she believed to be true,” Cheshire Police said in a statement. 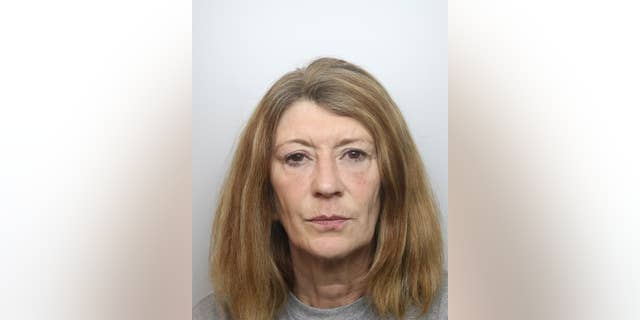 Corinna Smith, of Highfield Road in Neston, will serve a minimum of 12 years in prison.
(Cheshire Constabulary)

Court documents revealed that Smith’s daughter had recently told her that Craig Baines, who killed himself 14 years ago at the age of 25, had been sexually abused as a child by his father.

The younger Baines, before his death, had been arrested for assaulting a man he said was a pedophile.

Prosecutors said they believed Smith’s claim that she accepted the accusation about her husband as true before she killed him.

After dumping the deadly mix on her husband, police said she went nine houses down the street before knocking on a neighbor’s door and telling him, “I’ve hurt him really bad, I think I’ve killed him.”

Responding officers arrived and “found Michael in excruciating pain and whimpering in bed with the skin on his right arm and hand peeling off,” police said.

He was taken to Whiston Hospital in Neston with burns over 36% of his body, according to Cheshire police — and he spent a month there in serious condition before dying from his injuries.

The couple had been married for 38 years, according to the Standard.

“Smith killed her husband Michael in such a painful and cruel way,” Detective Chief Inspector Paul Hughes, of the Cheshire Constabulary’s Major Crime Directorate, said in a statement. “To throw boiling water over someone when they are asleep is absolutely horrific. To also mix three bags of sugar with the water showed the determination she had to cause serious harm.”

The sugar made the boiling water thick and sticky — and therefore more damaging to the victim’s flesh, Hughes said.

“It left Michael in agony, and rather than call the emergency services, she wasted time by going to a house nine doors away to tell a neighbor, who she wasn’t close to, what she had done,” he said. “Michael was an elderly man who fought for his life after the attack but sadly in the end he passed away. My thoughts continue to be with his family at this incredibly difficult time.”

Smith was initially charged with causing grievous bodily harm, but the charges were upgraded after her husband died. A jury convicted her of murder last month.

“I sentence you on the basis that your intention was to cause serious harm rather than to kill,” the judge, Amanda Yip, said in court. “That intention was formed while you were in a state of distress.”

However, Yip added, murdering Baines took away his right to a fair trial for the sexual abuse allegations.

With credit for time served, Smith will be eligible for parole on June 3, 2032.