BBC Weather: UK set for snow as temperatures plummet to -10

Snow will fall from Durness in Scotland to Brighton in the south of England, with the storm impacting areas the length and breadth of the country. The Scottish Highlands are facing up to 24 inches of snow on Sunday, according to forecasters WXCharts – the heaviest fall predicted across the UK.

Scotland will also see the coldest temperatures, with -10 predicted on Sunday evening.

England is also predicted to see several inches of snow, with 5.5 inches forecast on Sunday in East Anglia.

The Surrey Hills could also see 4.5 inches by Sunday, according to the new weather charts.

And even London could see several centimetres across the weekend. 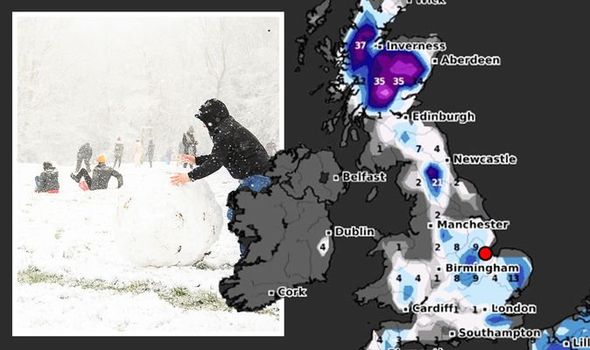 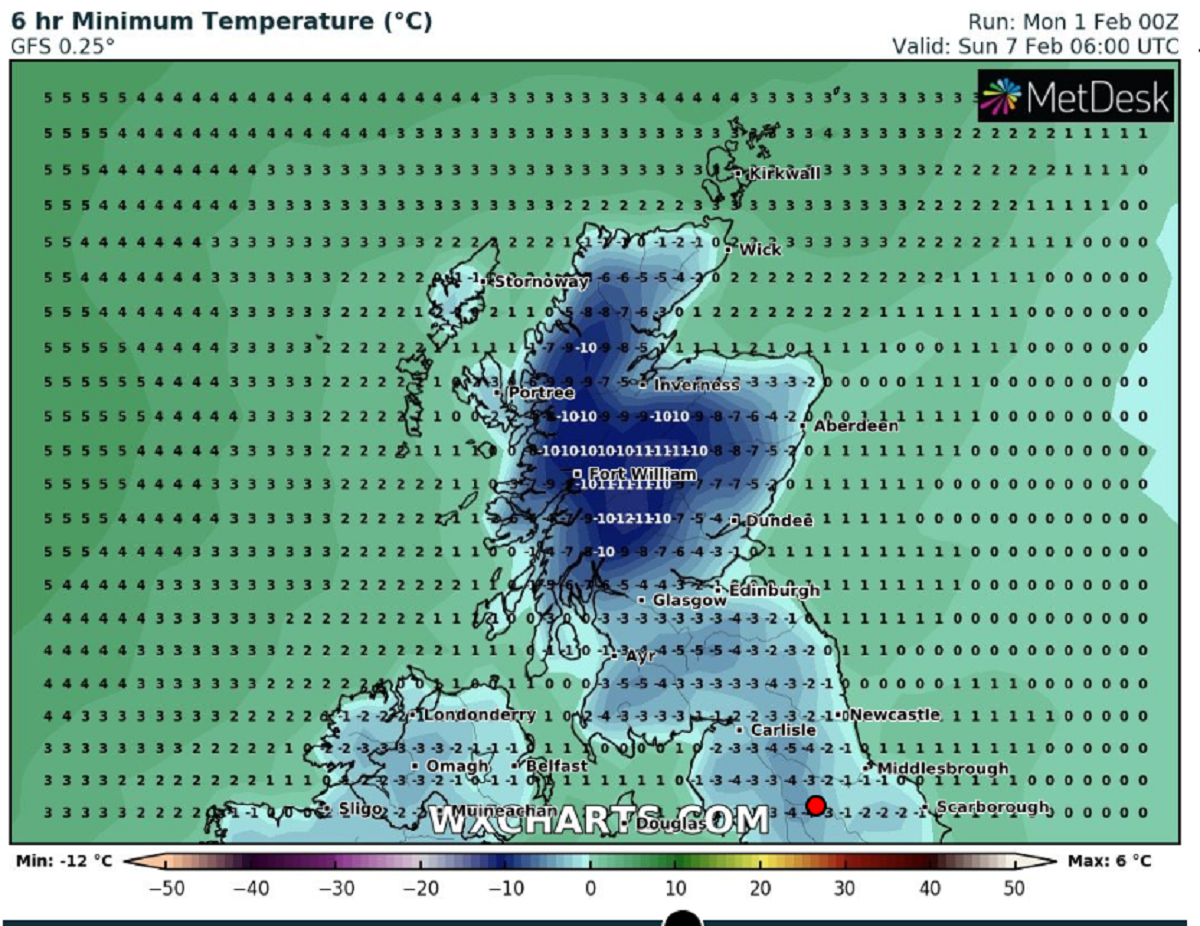 Temperatures are also set to hit 0 or lower across the entire of the country.

Central Wales and West Yorkshire face sub-zero conditions on Sunday, while temperatures in the Scottish Highlands could hit as low -10 degrees on Saturday.

The Met Office has issued several yellow warnings for snow and ice across Scotland and the north of England and the Midlands.

These weather warnings remain in place until at least Saturday. 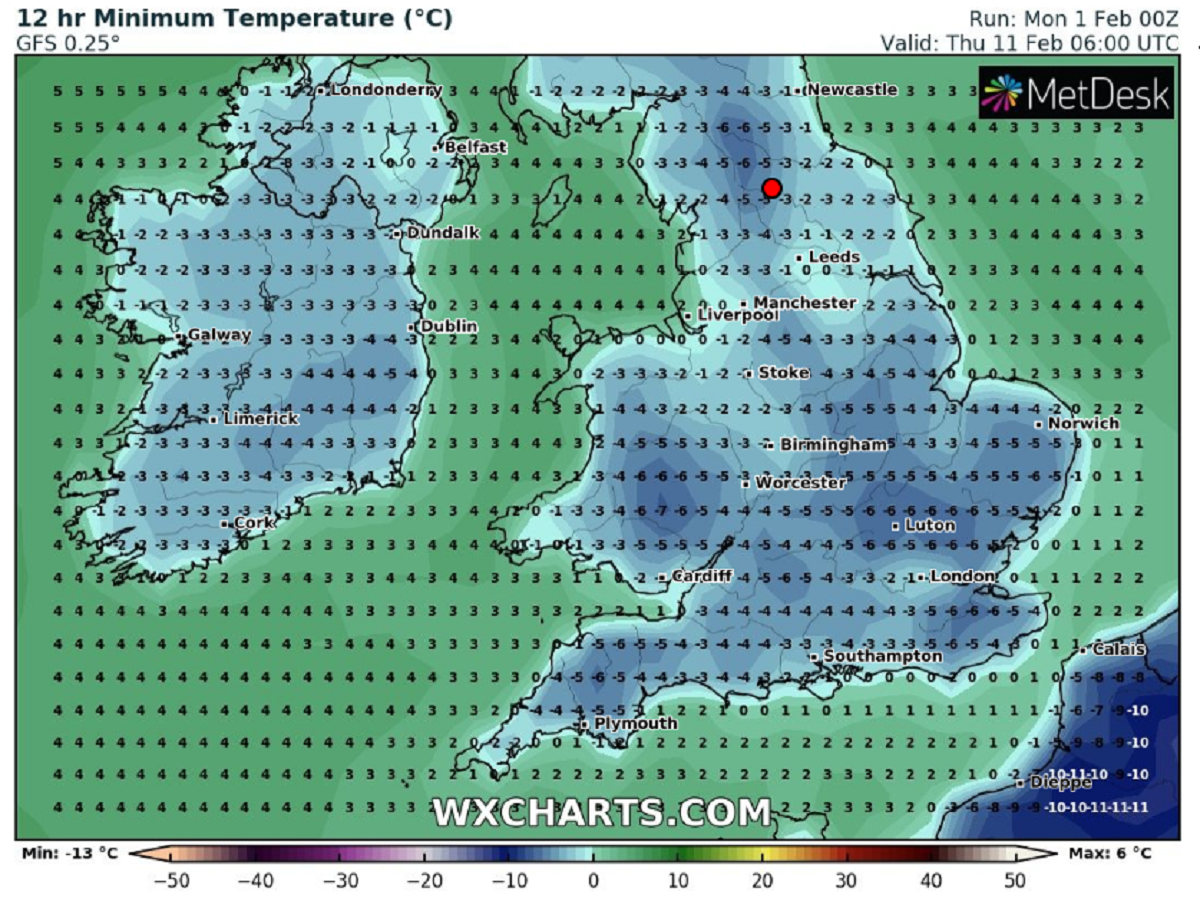 They warned there may be possible travel delays on roads with some vehicles possibly becoming stranded.

Rural communities could also be cut off due to the snowfall along with power cuts and other services such as mobile phone coverage could be affected.

They also warned there will be a chance of injuries from slips and falls on icy surfaces and untreated pavements and cycle paths may be impassable.

Steven Ramsdale, Met Office Chief Meteorologist, said: “Over the next few days we continue to see a division between milder conditions in the South West with much colder air to the north and east. 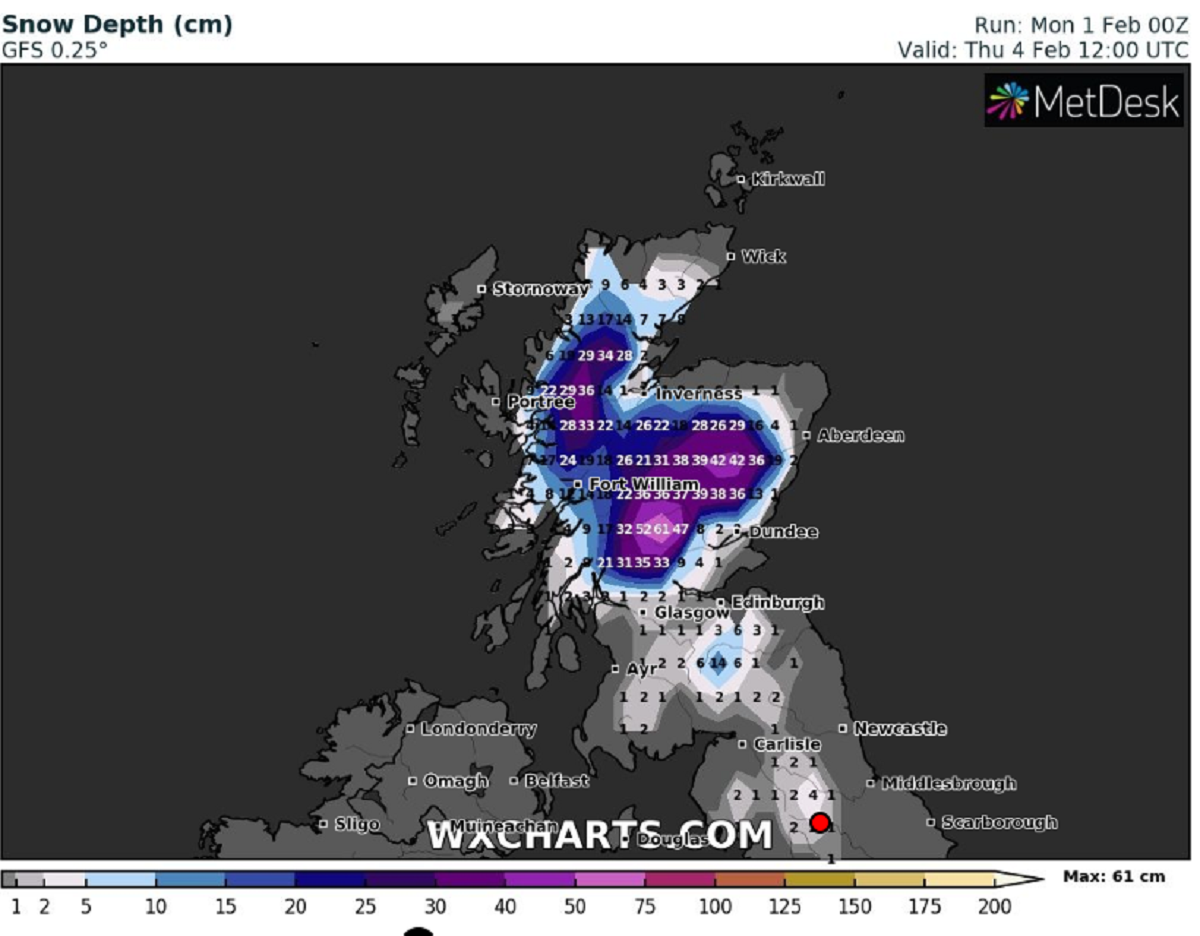 Of next week, Mr Ramsdale added: “We see further weather fronts bringing rain and snow east and north across the UK, but the most significant event in the forecast is a feature from late Monday evening, which threatens to bring rain and some snow across large parts of the UK.

“As it moves further north and meets the colder air, the rainfall will readily turn to snow or even freezing rain, affecting a large part of England and Wales north of the M4 corridor.

“Yellow weather warnings have been issued for Tuesday and Wednesday highlighting the risk of disruptive snowfall with the high ground of northern England and Scotland most likely to see the largest snow accumulations. 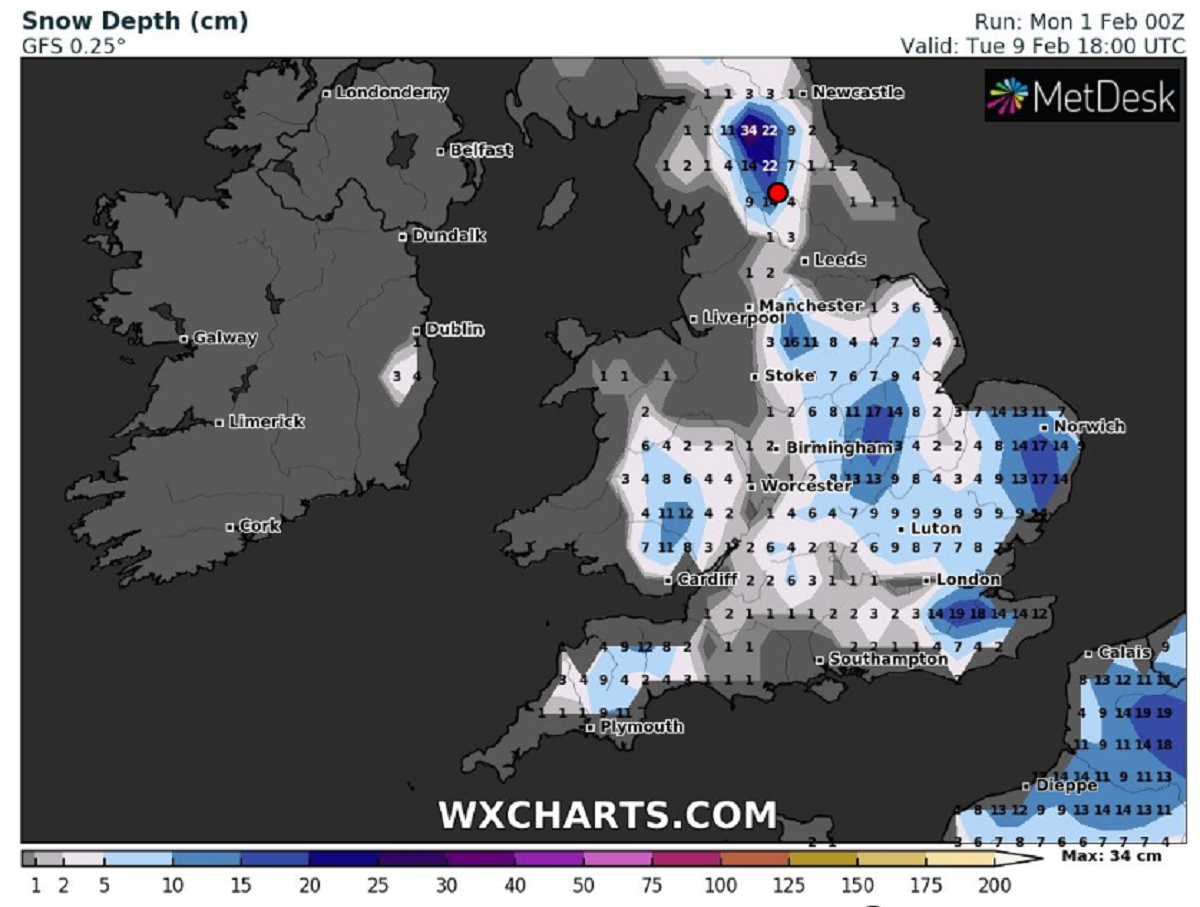 “The risk of freezing rain will be an additional threat across parts of eastern Wales and parts of the Midlands.”

The BBC’s long-range forecast said the cold air will linger next week due to another advancing front from the west “bringing bands of snow and cold rain”.

They said: “The front will also bring in some milder Atlantic air, so temperatures will recover to a bit above normal for southern areas.

“From midweek through the end of the working week, lows will weaken and drift away to the south with bands of rain or wintry precipitation easing for most.

“It will also slowly turn colder with temperatures dropping to near or a bit below average.”

They go on to say high pressure is expected to build over the weekend and will bring a “sharp cold air from Russia” as well as some wintry showers.

But the BBC warned: “There is some uncertainty on the magnitude of the cold at the moment, which is highly sensitive to the exact strength of the high and easterly winds through North Europe.”