New weather charts and forecasts warn recent warm and settled weather will turn wintry and colder across the country. Temperatures in northern England and parts of Scotland will drop to as low as -5C next Sunday, in a rare change of conditions for April.

WXCharts’ six-hour minimum temperatures charts also show temperatures will plummet to -2 in most parts of England by Sunday, April 11.

Next Saturday, April 10, temperatures will be more moderate ranging between -1C and -3 across the country.

On Friday, the mercury will drop as low as -2 across parts of Scotland, 3 across northern England and 0C across the South, according to WXCharts. 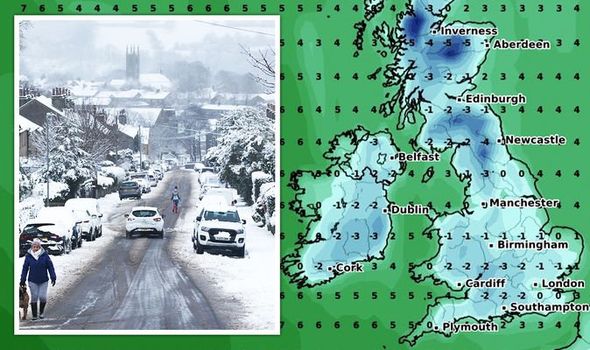 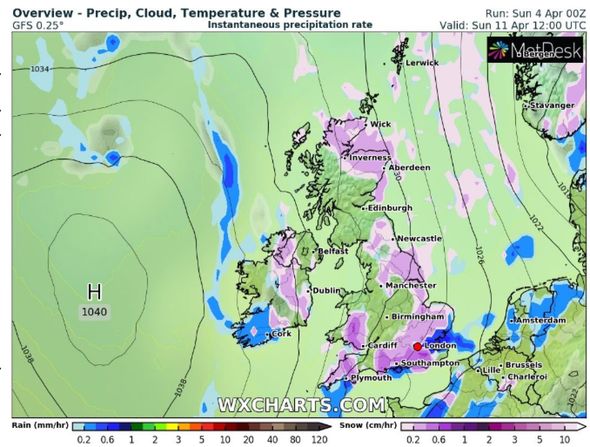 However, the cold snap will begin tomorrow when chilly weather will arrive earlier in parts of northern Scotland where snow warnings are in place, while a shower of snow may also fall along with some coastal areas of eastern England.

The Met Office’s yellow warnings, for now, are in place from 6pm on Sunday until midnight on Monday.

This afternoon, conditions will brighten up as the cloud will gradually thin and break to give way to some decent spells of sunshine.

Met Office spokesman Grahame Madge, said: “The real cold is coming late on Sunday and into Monday, and by Monday most places in the UK will be subject to this Arctic plunge. 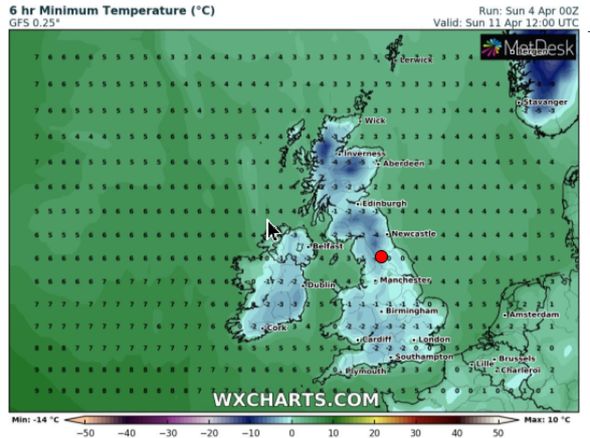 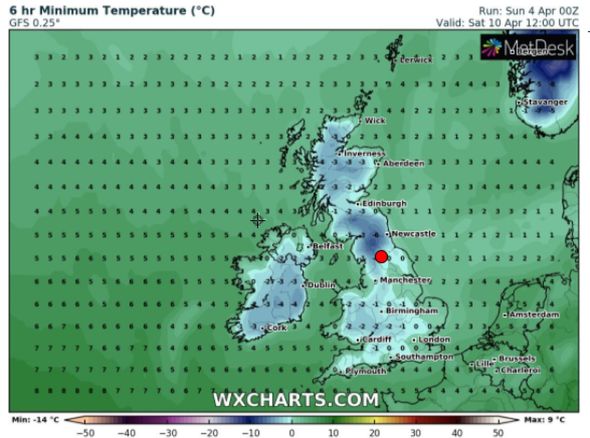 “It will be bringing wintry showers to northern England and Scotland, but we could also see wintry showers anywhere sporadically, and what we will see is likely to be hail, sleet, or snow.”

“The snow showers will predominantly affect the north and west of the UK.

“The south and east will likely remain drier but still cold with a lower chance of wintry showers.” 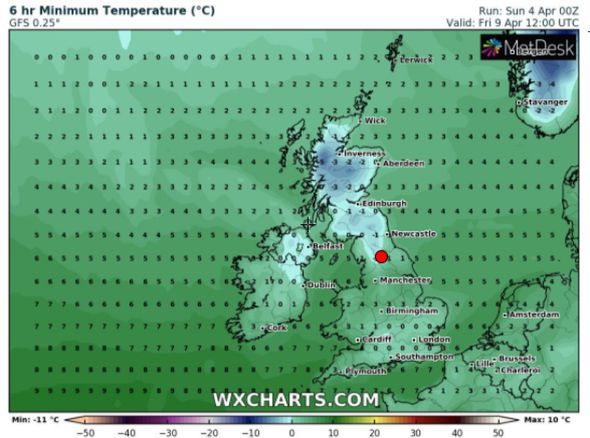 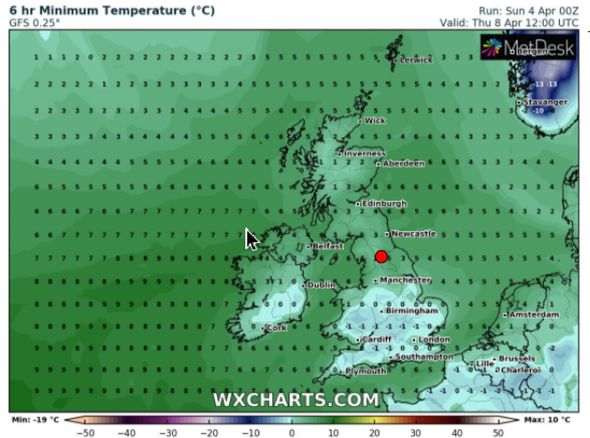 It comes as parts of the UK saw the mercury reach nearly 24C (75.2F) on Wednesday – a balmy high unlikely to be repeated over the next several days.

Talking about the pleasant weather on Easter Sunday, Met Office Forecaster Simon Partridge joked: “You’ll have to make sure your eggs don’t melt if you’re hiding them in the garden because it will be quite warm.”