BRITS woke up to arctic conditions this morning as snow and ice brought a -7.5C deep freeze across parts of northern England and Scotland. 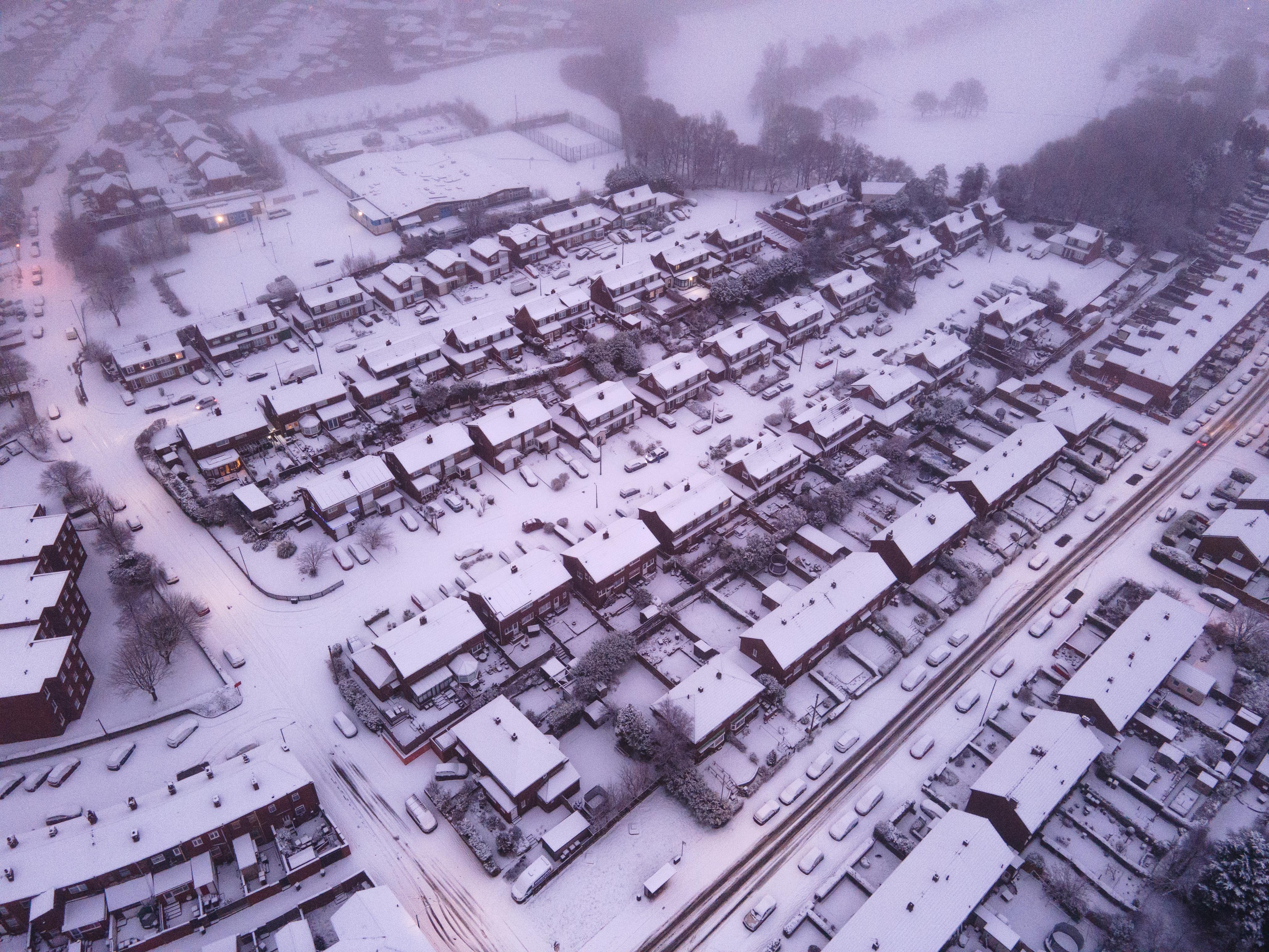 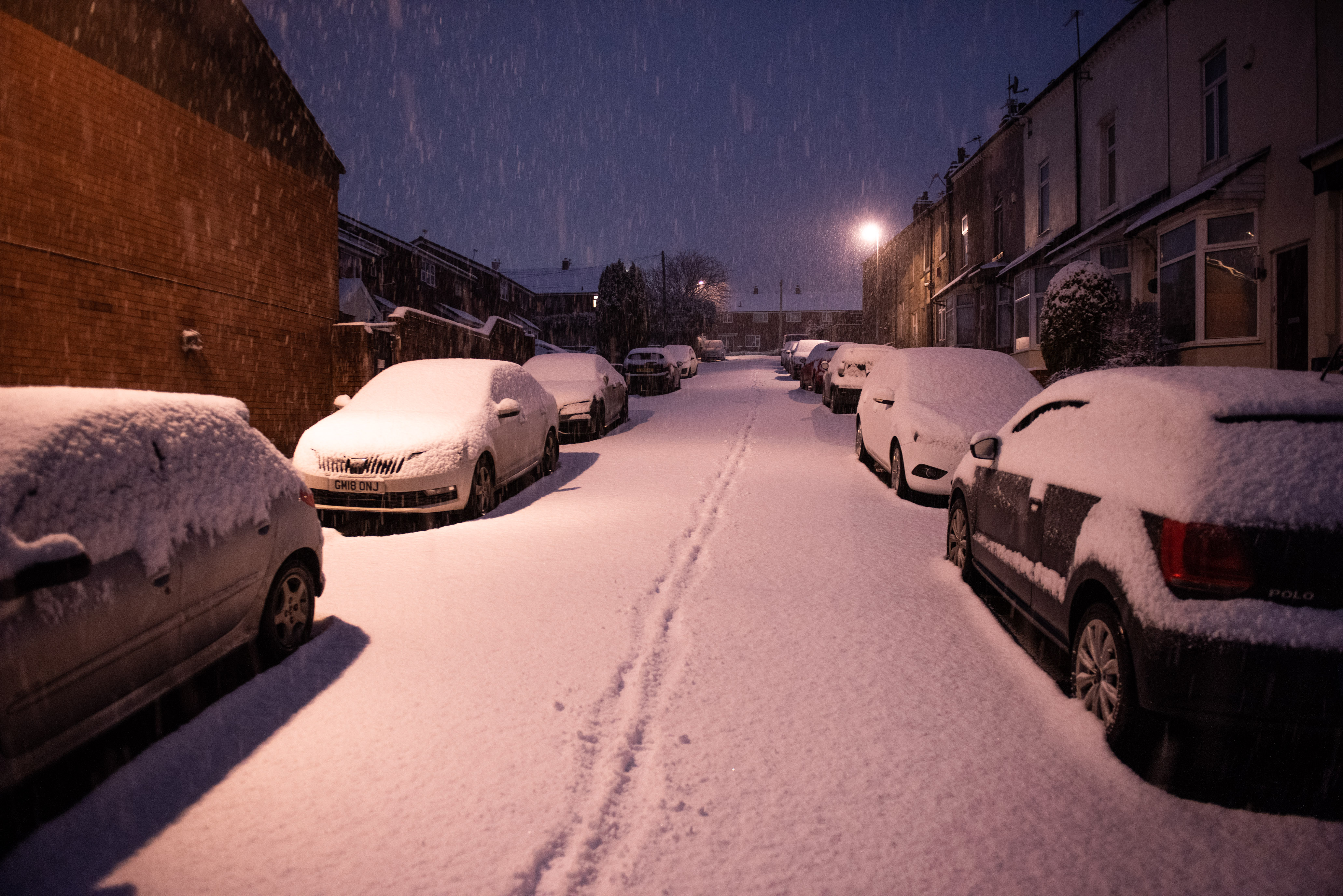 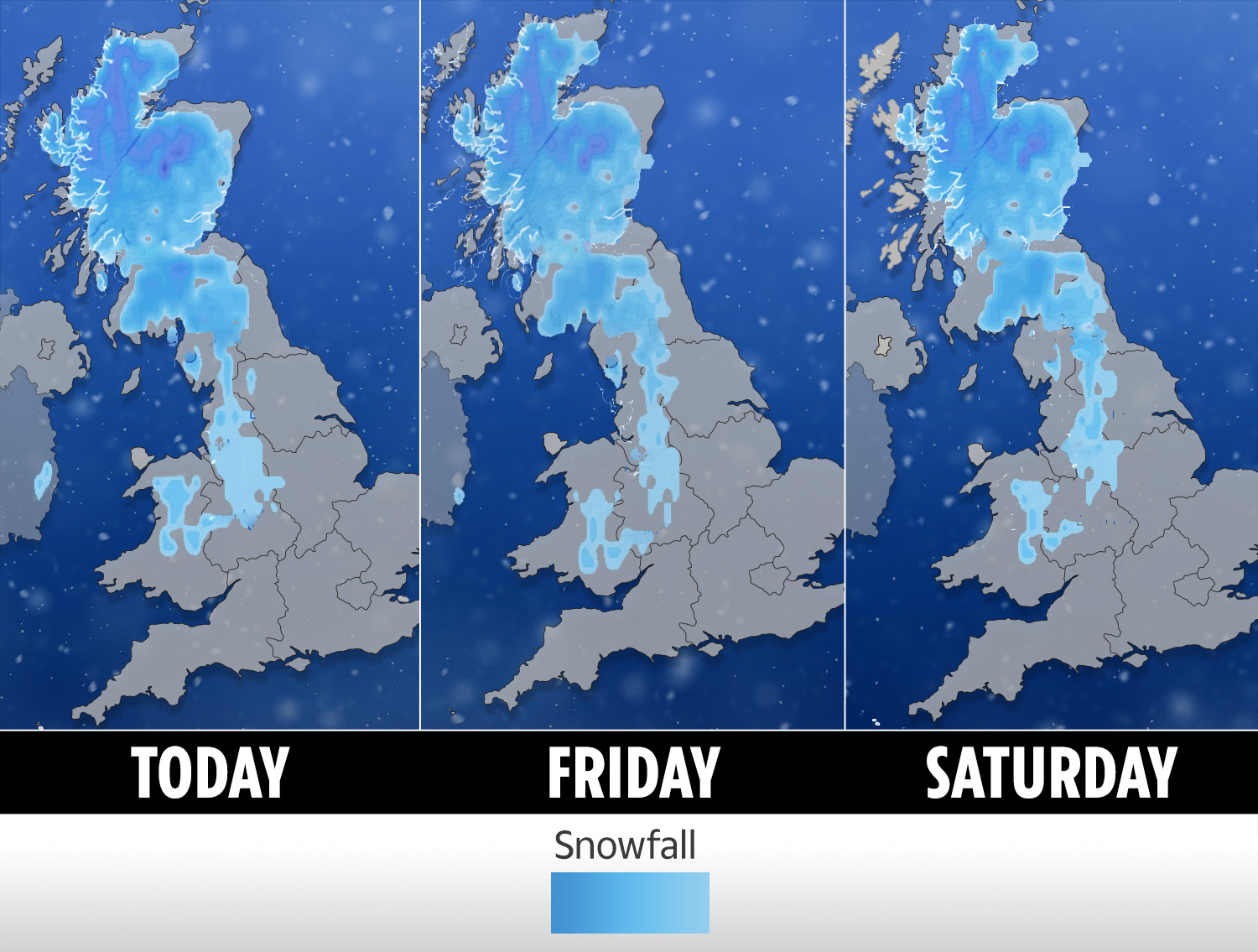 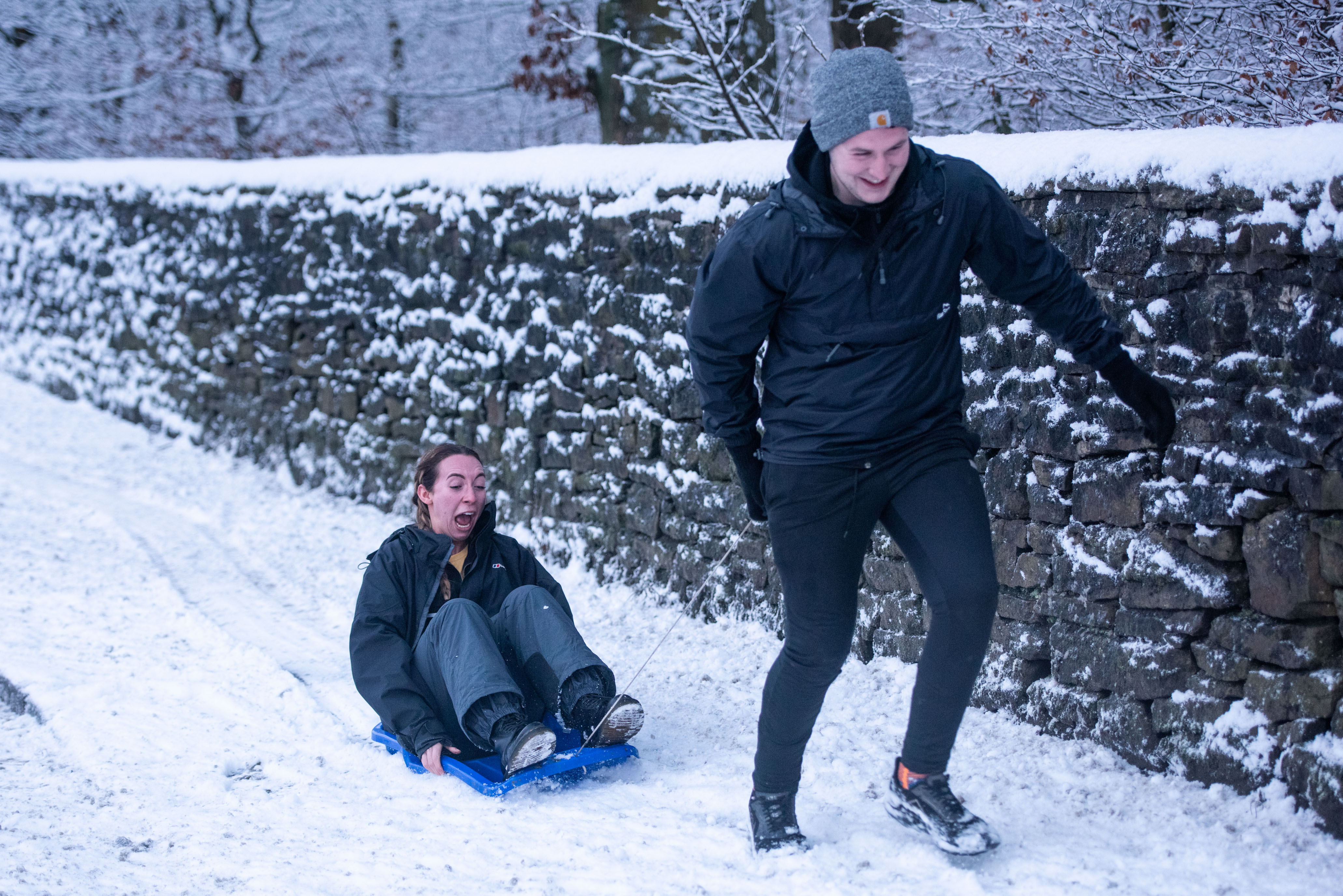 According to the BBC's Matt Taylor, Topcliffe in North Yorkshire experienced the coldest temperatures of the year, with the mercury plummeting to -7.5C.

Edinburgh woke up to temperatures of -6C, while Bristol and Bournemouth both shivered in icy -4C conditions.

A shivering low of minus 10.2C (13.6F) was recorded in Dalwhinnie up in the Scottish Highlands.

Parts of Merseyside were already covered in snow, which fell in previous days but has yet to melt as temperatures stayed below freezing.

Senior Met Office spokesman Grahame Madge told The Sun: "It was England's coldest year of the night, with -7.5 in Topcliffe, North Yorkshire.

"Elsewhere Benson hit -6.2 and Marham in Norfolk, at -5.8, and were the coldest parts of the south.

"For parts of the UK, there is a potential to go to minus double digits, in areas such as the highlands. 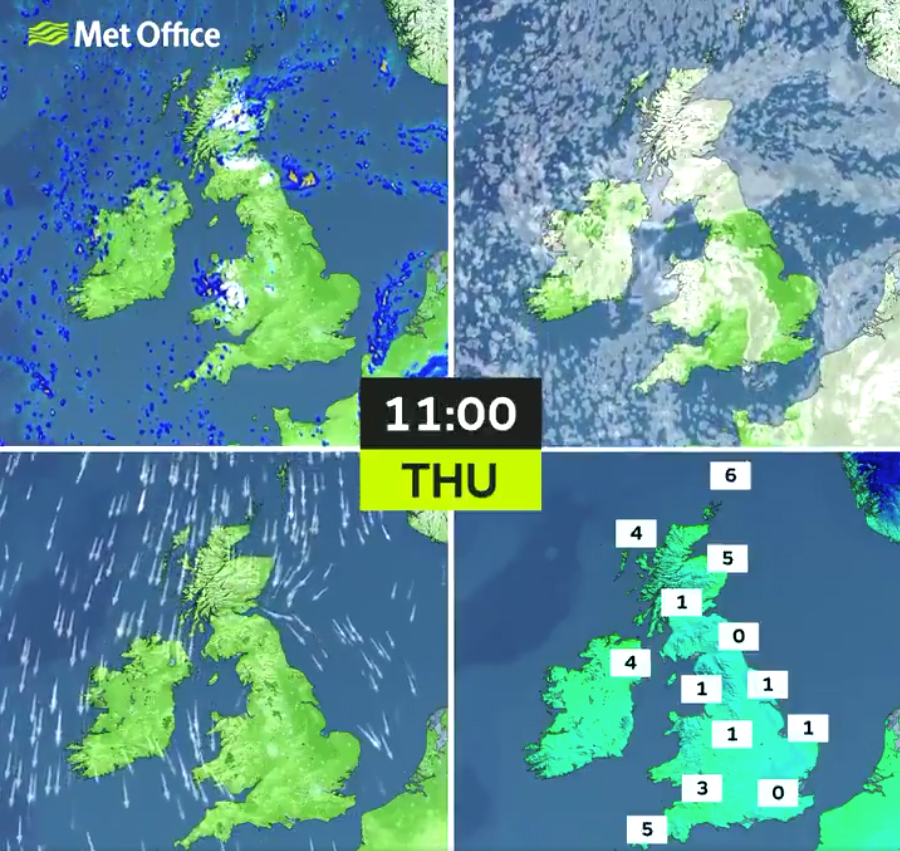 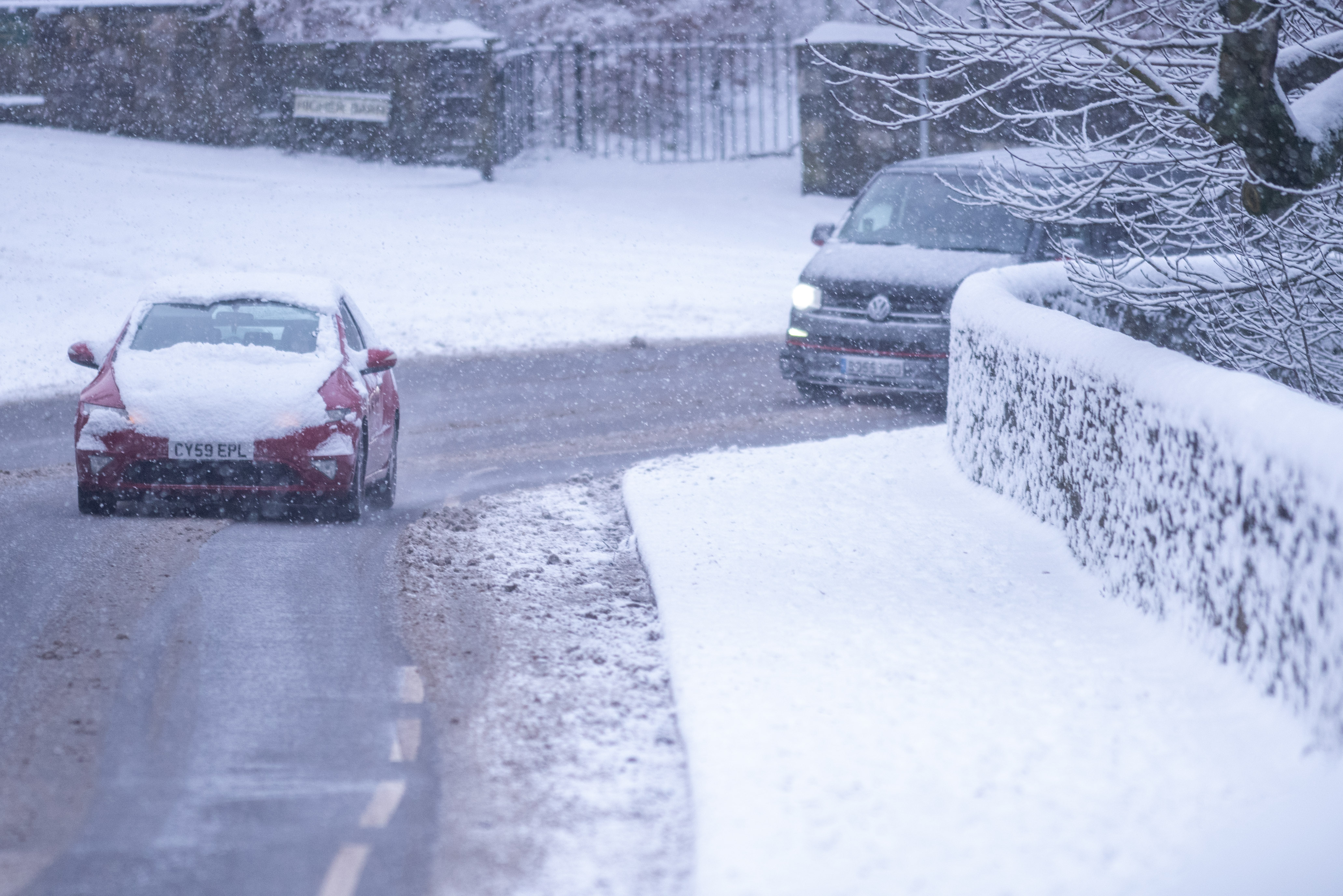 "The latest snow depth measurements showed the most snow at a place called Loch Glascaronch in Scotland which recorded 22cm of snow – although no other areas in the UK recorded depths of more than 10cm."

He continued: "For tonight, temperatures will drop down to freezing in most areas. Scotland will be warmer than England due to a warmer feed coming across the region.

"The coldest in England looks set to be Hereford with -3 potentially, mid Wales down to -3 – we could see temperatures fall to minus -5 and -6. Ice is a potential hazard and there could be a danger of freezing fog particularly in the south-east.

"For those on the road, they should take extra caution. We will also see shopwers falling as snow before returning to rain.

"We are not out of the chances of seeing snow and the forecast to the middle of next week shows an average of colder than normal temperatures."

North West Motorway Police urged people to drive with care following a number of accidents, while Transport for Greater Manchester also warned people to expect delays and leave extra time for journeys if they are venturing out.

Meanwhile, the Police Service of Northern Ireland (PSNI) urged walkers to be prepared for the conditions after two groups had to be rescued from the Mourne Mountains in County Down on Wednesday.

The PSNI's Air Support Unit tweeted to confirm that one group was located on Ben Crom and led to safety by mountain rescue volunteers, while another group was winched to safety. 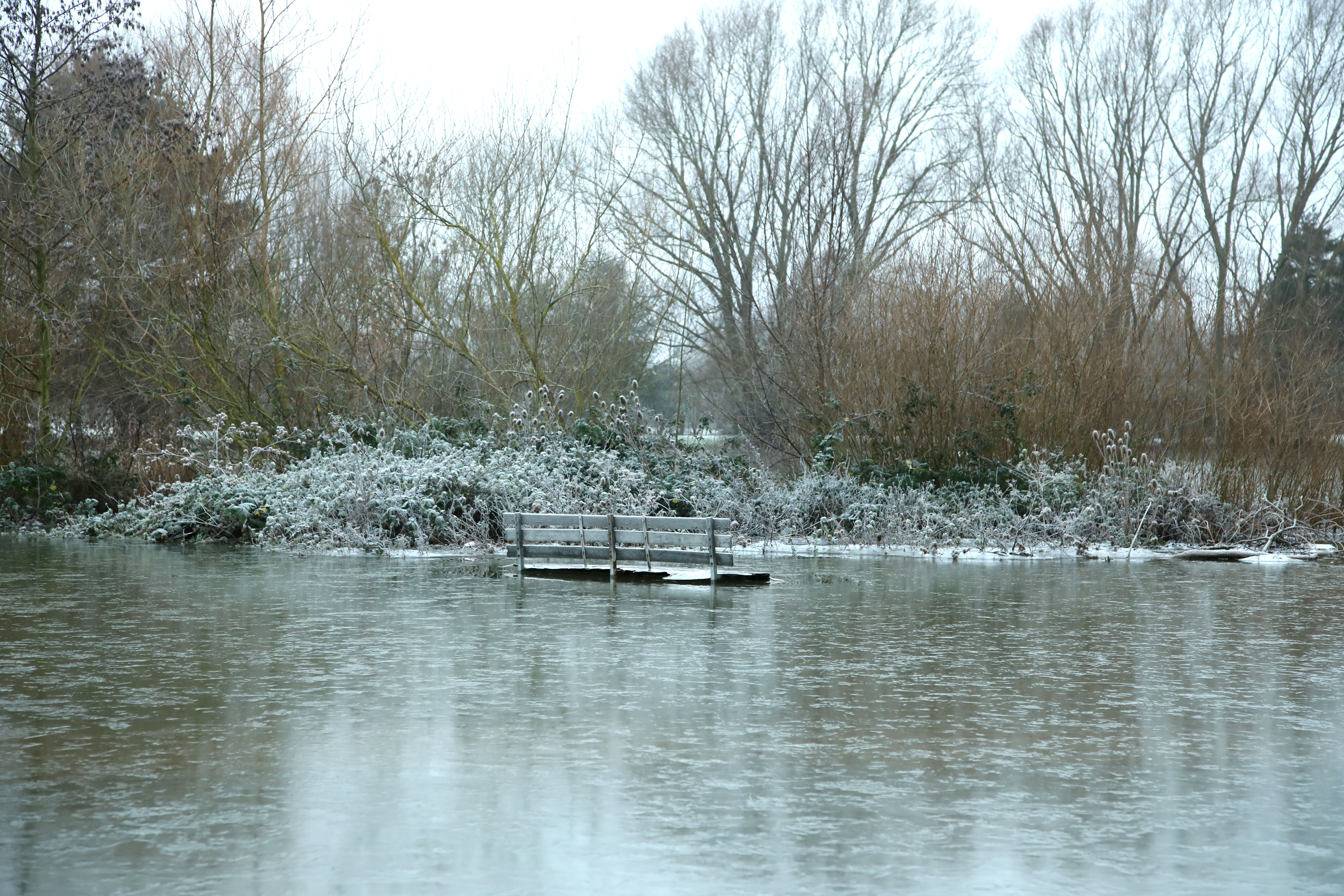 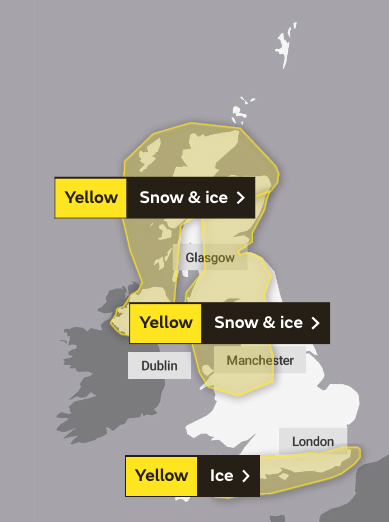 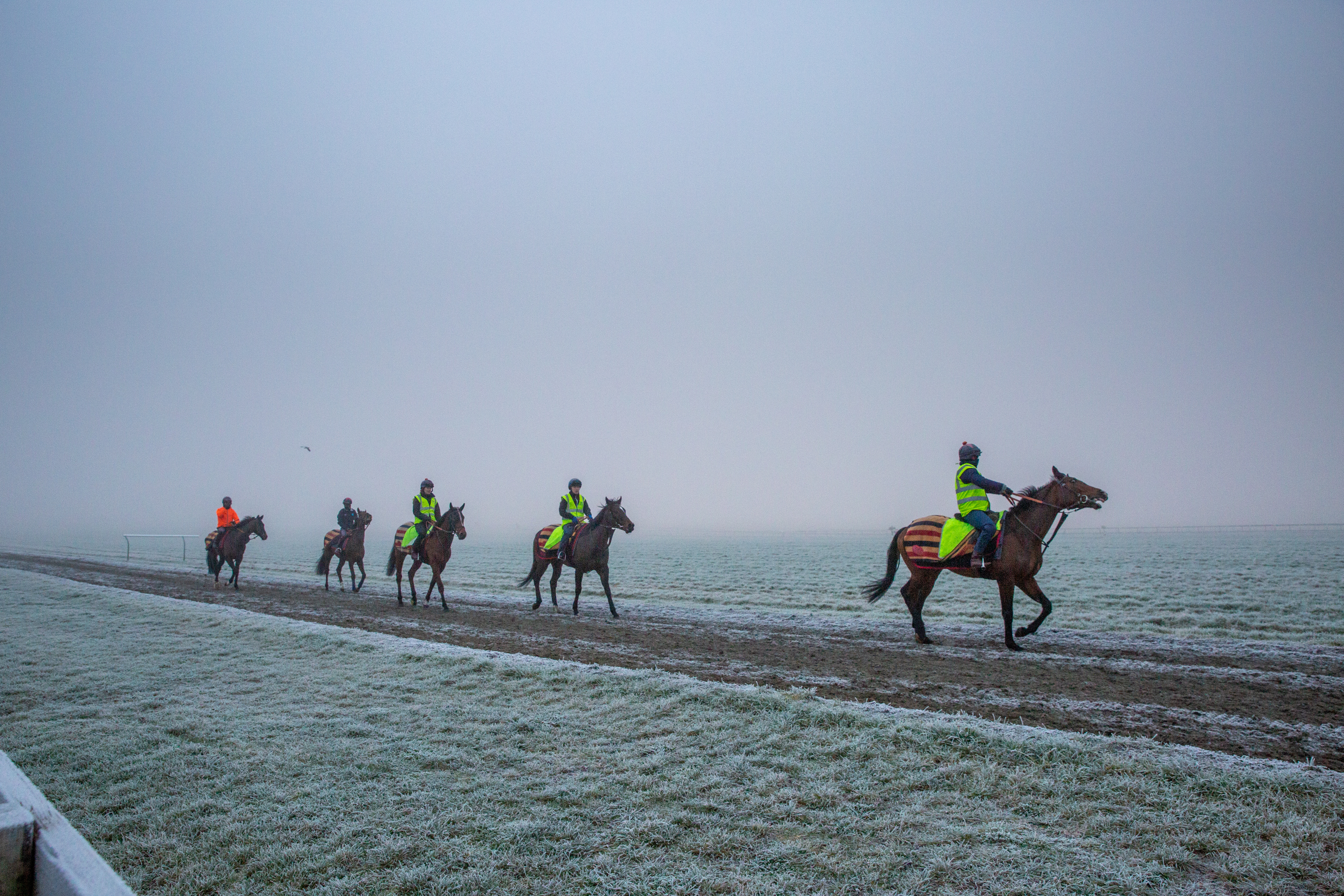 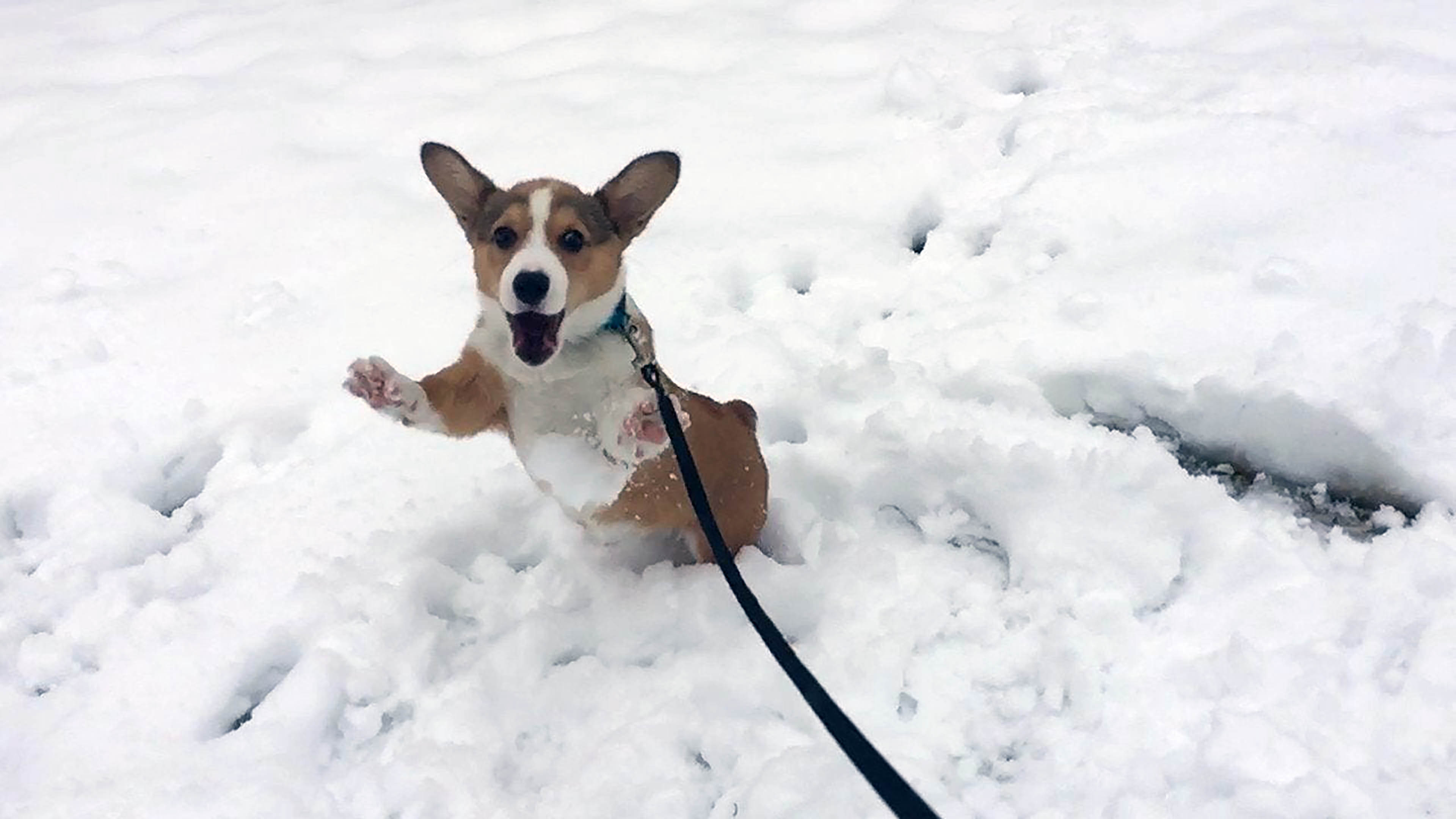 Forecasters are predicting more bitter and wintry conditions are likely to follow throughout the New Year's Eve and into the weekend.

Weather warnings for snow and ice have been issued for large parts of northern England and Scotland until 2pm, amid fears cold temperatures and snow could cause travel disruption and power cuts on New Year’s Eve.

A further warning for ice in southern England is also in force until 11am, while experts have warned surfaces will freeze over quickly following downpours of rain.

Snow was originally forecast to hit London, but now ice is predicted to cause problems to road and rail services ahead of the biggest night of the year.

The arctic conditionsalso hold the potential to cause rail and road closures, power cuts, and injuries.

Earlier this week the Met Office issued warnings for snow and ice for Wednesday.

The disruption could hit supermarket delivery drivers, with both Sainsbury's and Tesco already having to cancel shopping orders as several centimetres of snow settled across parts of the UK. 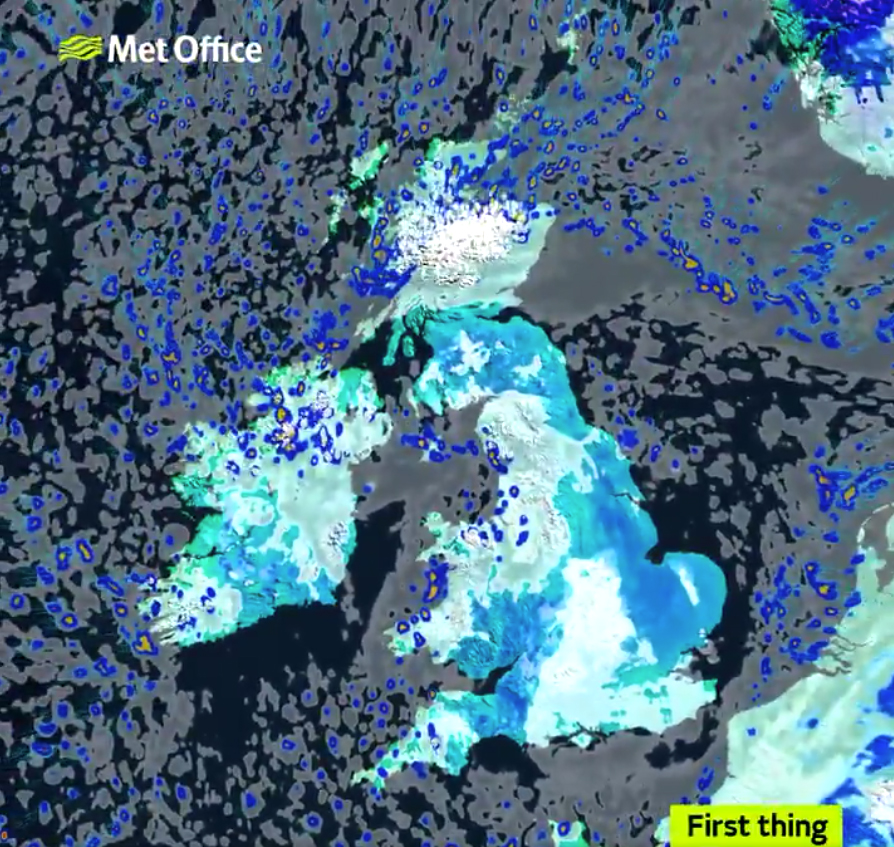 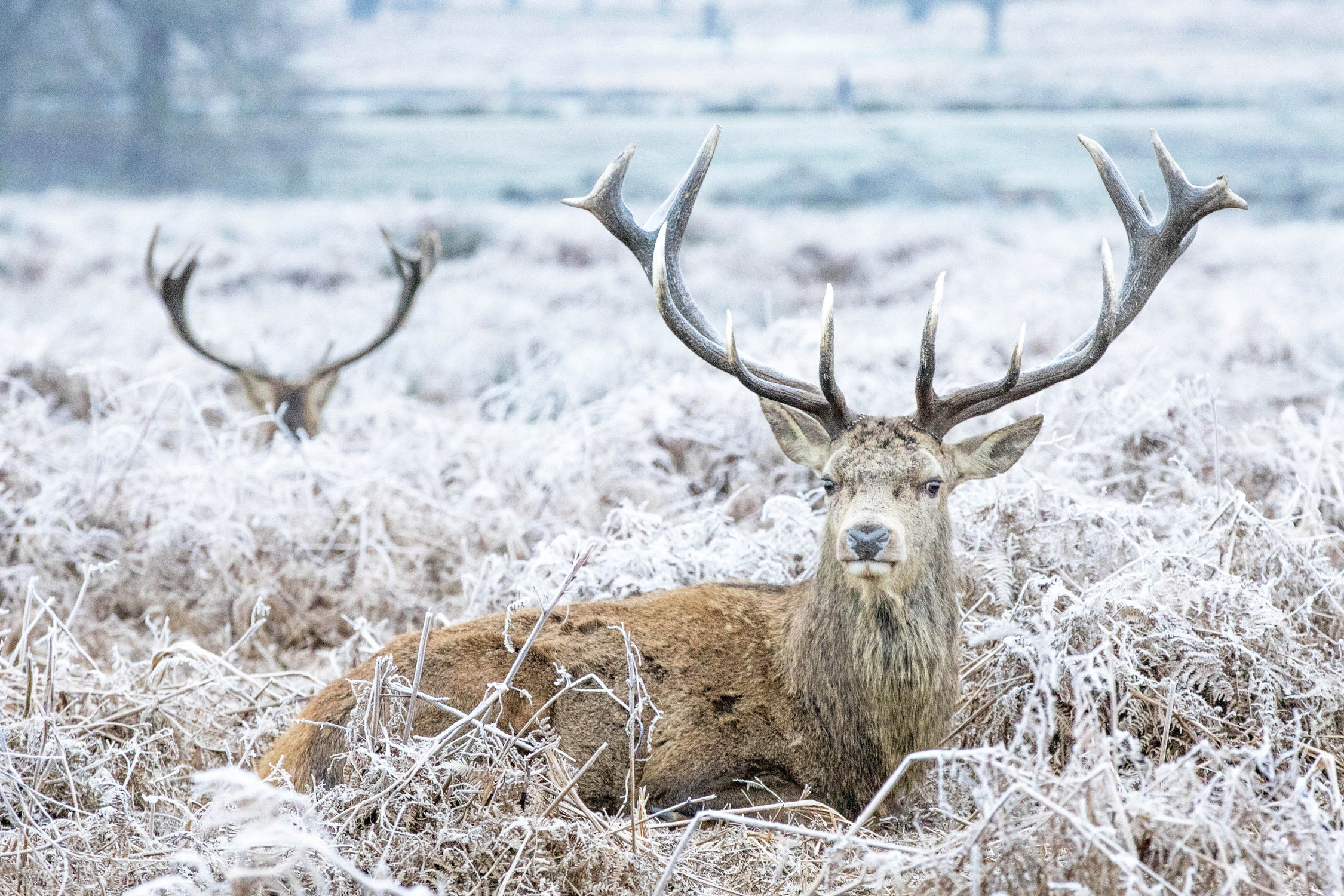 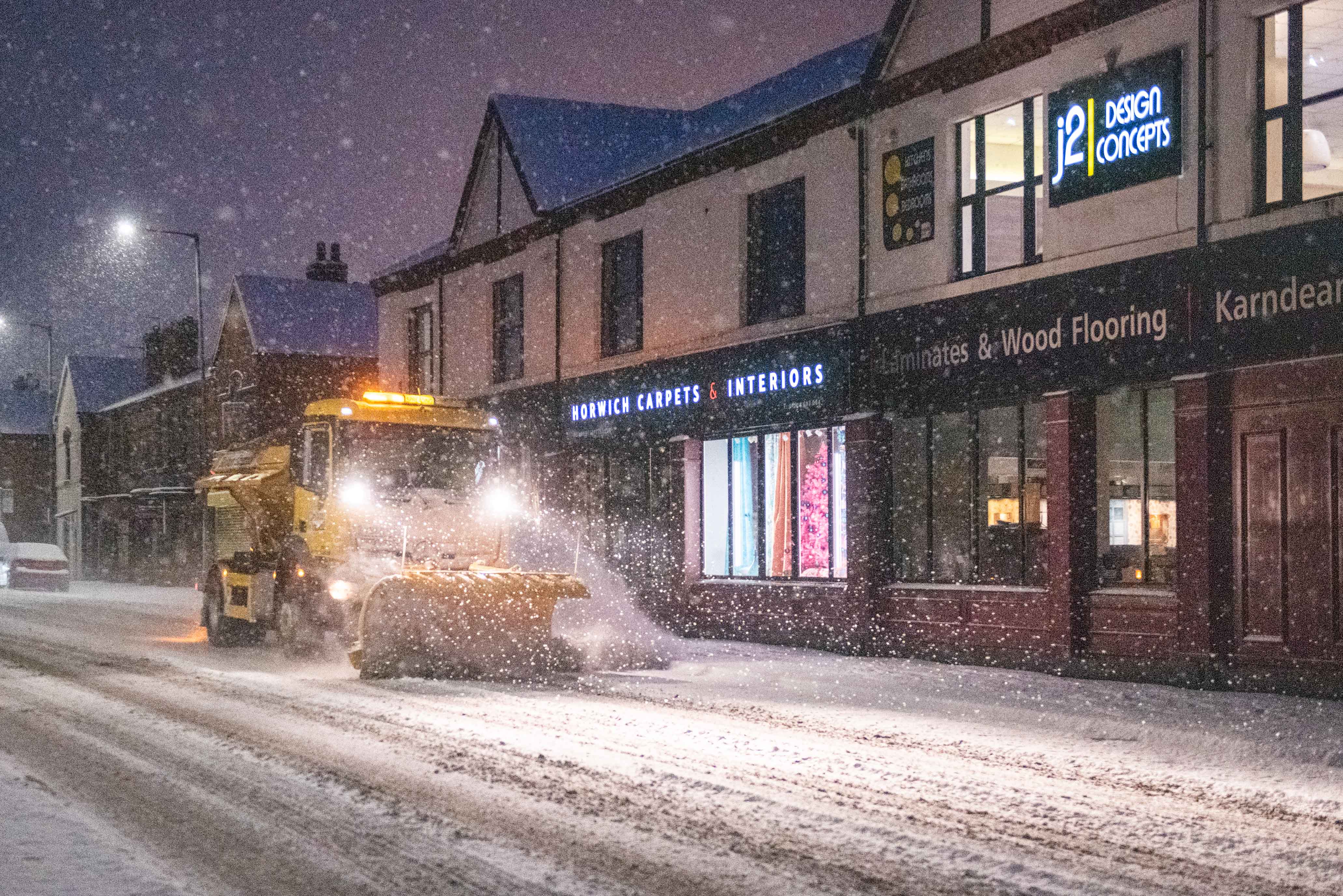 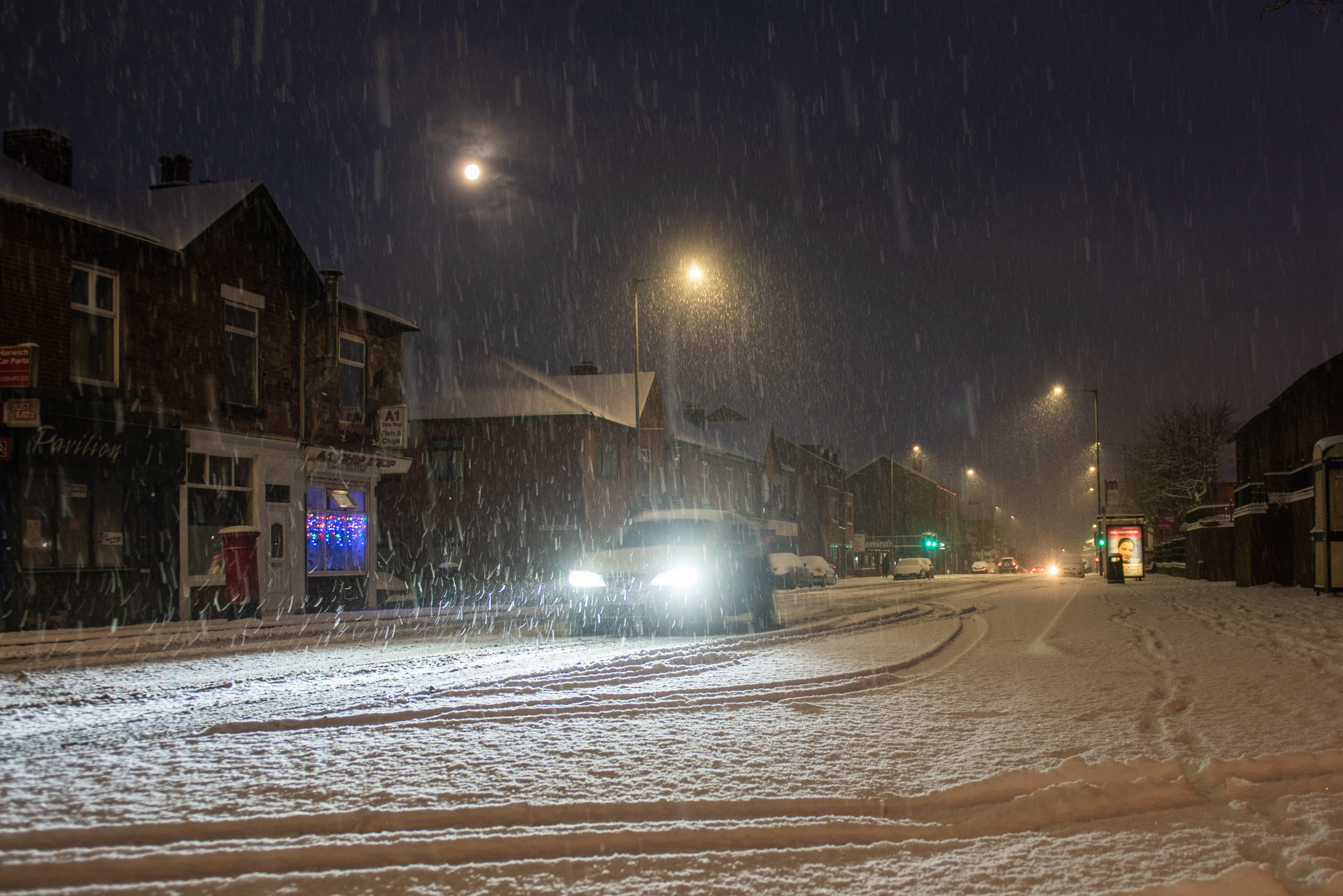 Meanwhile, areas in northern England could see 8mm of rain an hour today, while forecasters also predicted between 0.8inches (2cm) and and 2 inches (5cm) of snow.

And higher areas braced for up to 6 inches of the white stuff.

Temperatures could plunge below -5C in the glens of Scotland overnight, with rain, sleet and snow flurries making their way south throughout the day.

And although tiered restrictions thanks to Covid-19 are in force throughout England, the AA warned motorists to take extra care as the bitter and icey conditions are forecast to continue into New Year's Day.

AA spokesman Ben Sheridan said: "It’s important to fully de-ice the car, remove snow from the roof and ensure all the lights are working so you can see and be seen before setting off."

‘Check the conditions along your route before you go and make sure you have plenty of fuel in case of delays.

"It’s also worth carrying winter essentials such as warm, waterproof layers, a shovel, a torch, fully charged mobile phone and a flask of hot drink," he added.

Met Office meteorologist Clare Nasir said: "New Year’s Eve will bear with it again the risk of rain, sleet and snow, another feature sliding down the country from northern Scotland.

"Particularly inland and over the hills we will see some snow.

"Many of us will see some brighter weather, with still a keen breeze keeping things very cold indeed, and again the risk of ice as we head into New Year’s Day, with again a wintry mix coming and going, and a fairly widespread frost."