BRITS face yet ANOTHER scorching day with temperatures to hit 30C once more – after thunderstorms swept across the country yesterday.

Recent high temperatures have made roads "melt like chocolate" with councils around the country carrying out emergency repairs to surfaces damaged in the heat. 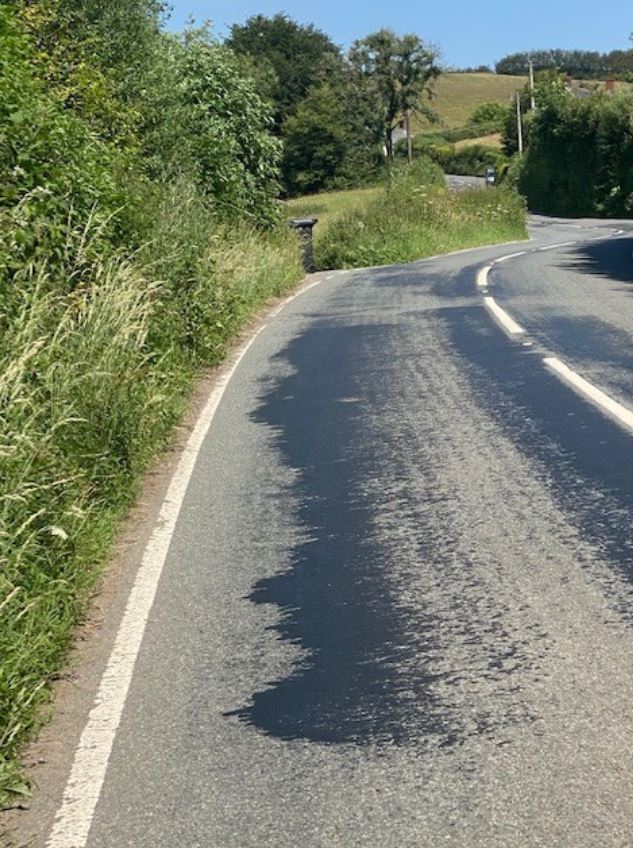 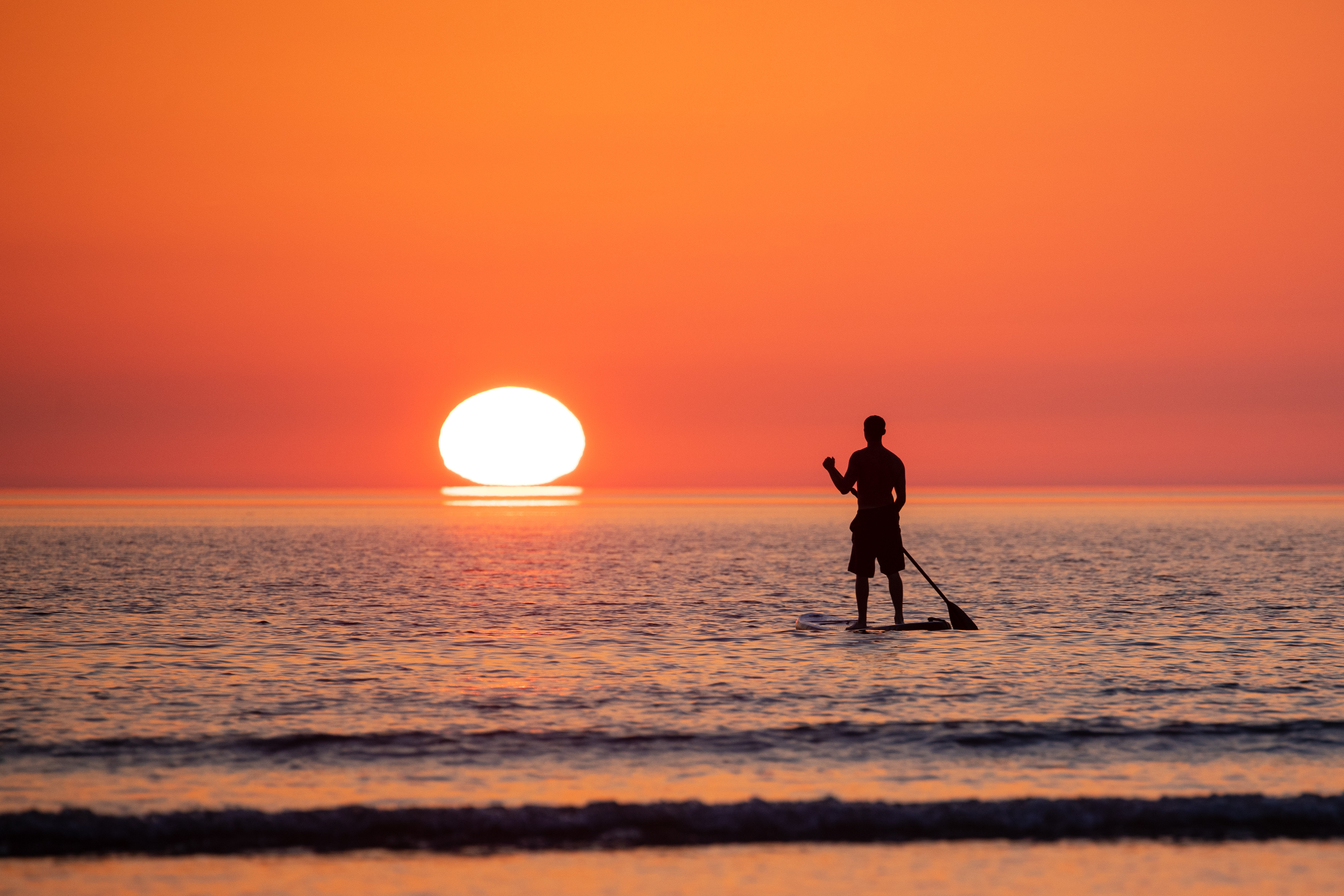 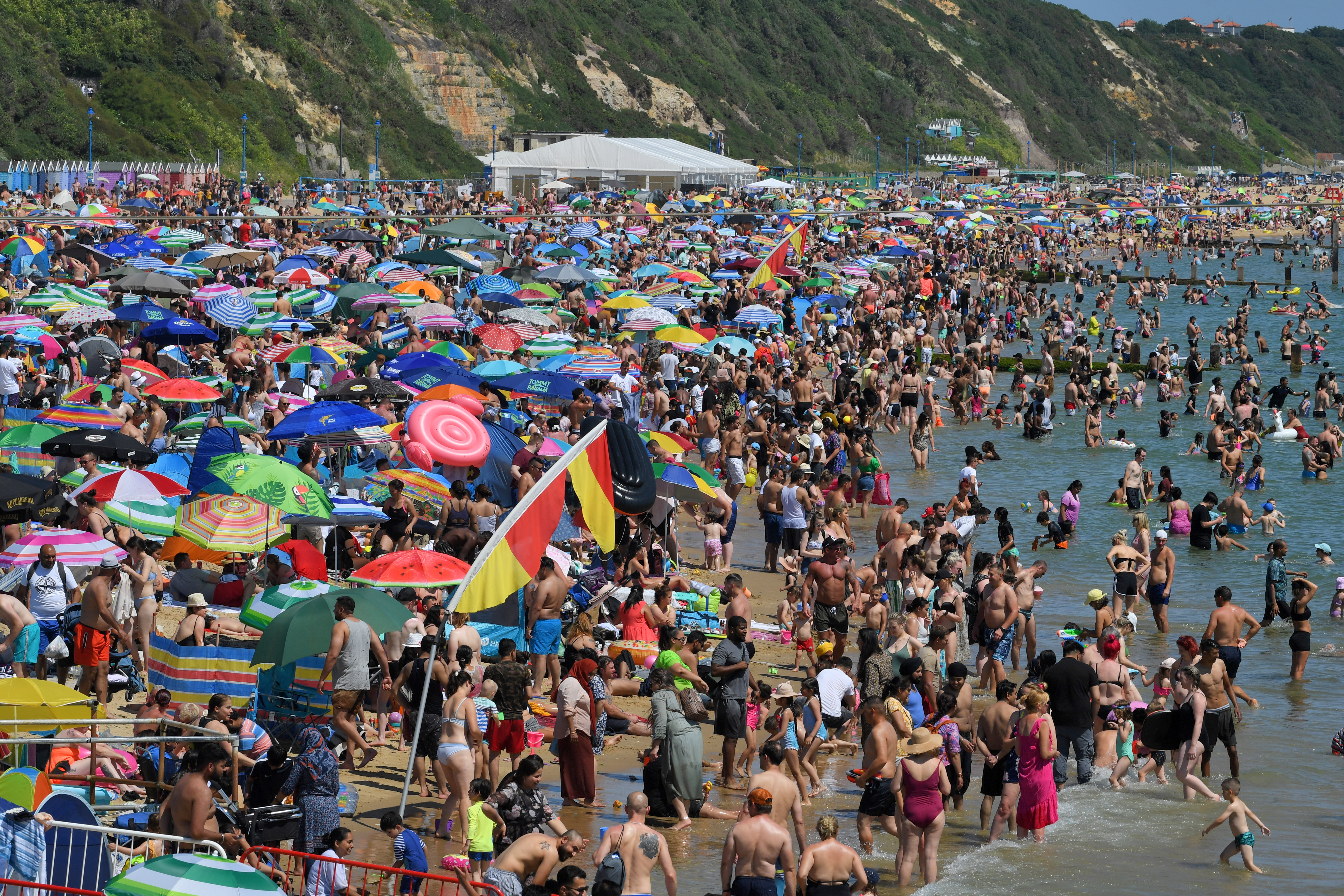 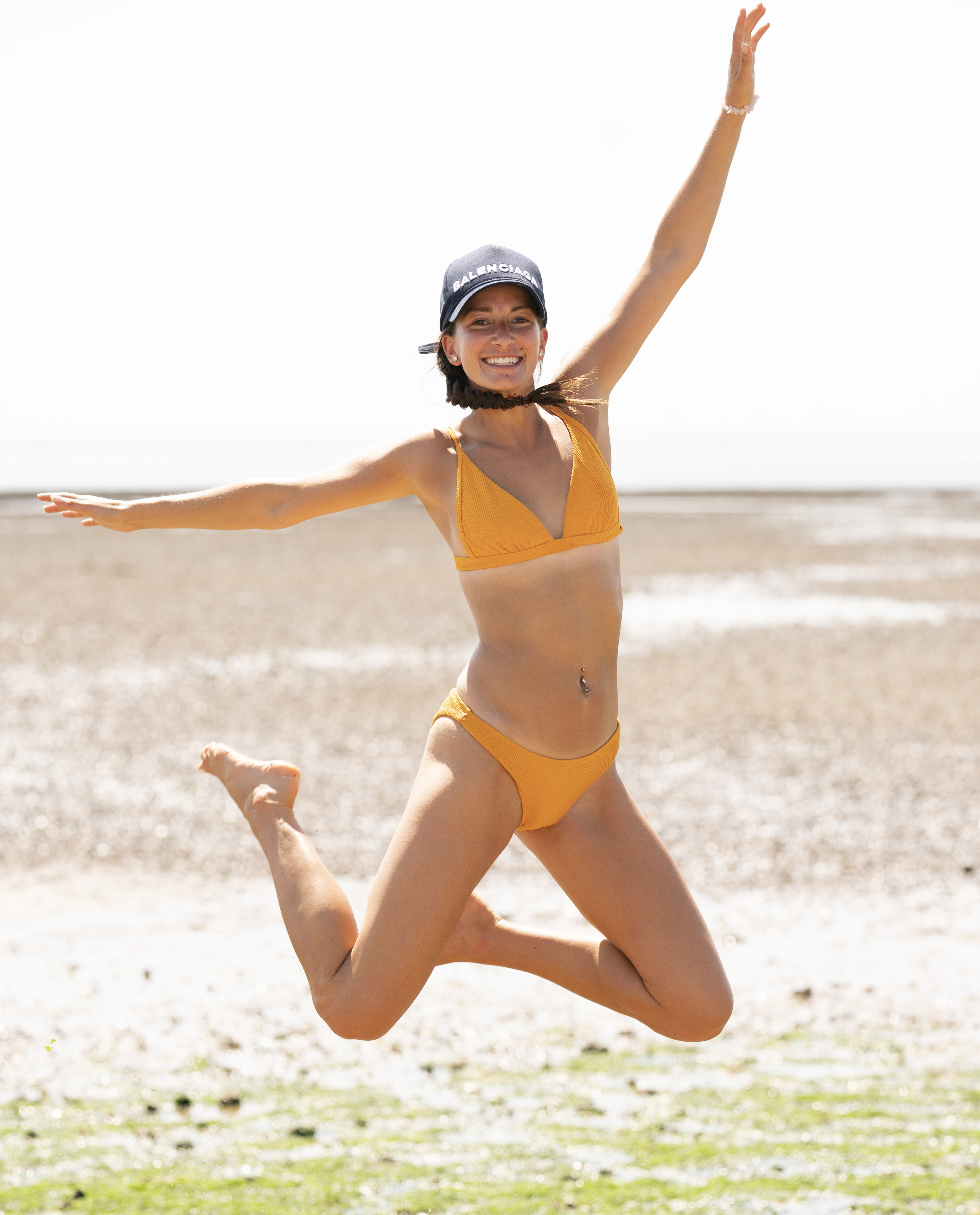 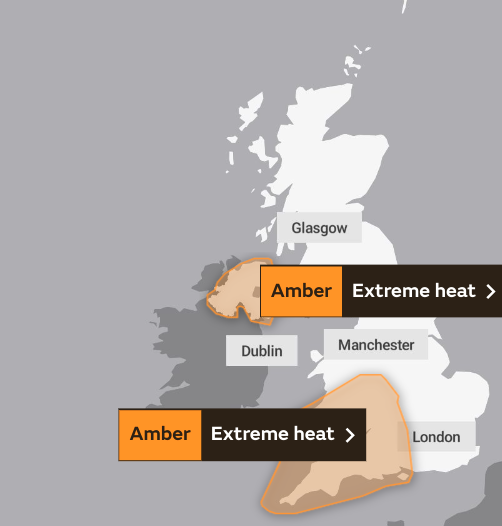 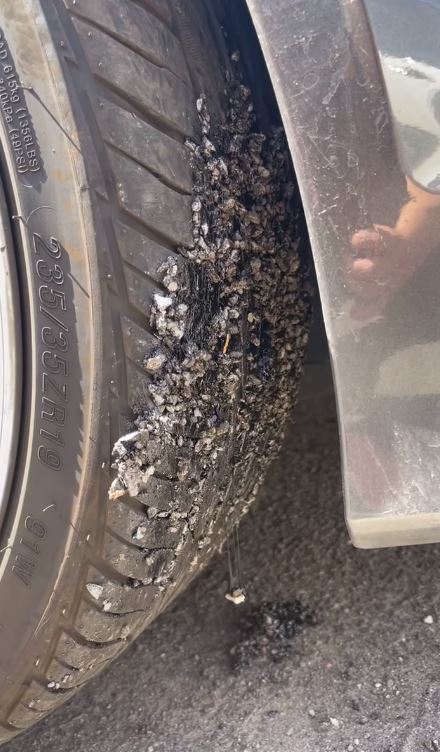 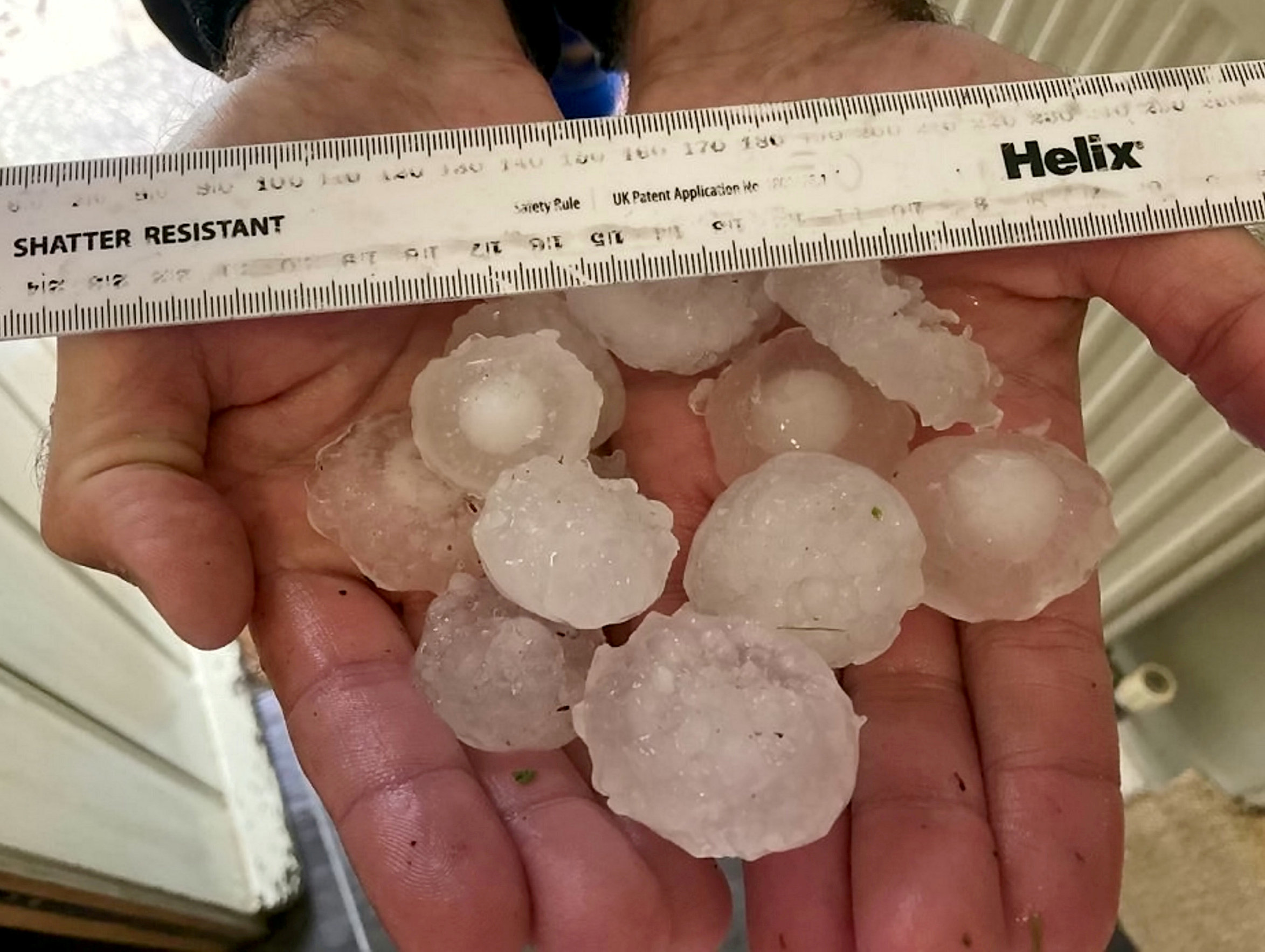 Massive hailstones swept across parts of the country on Tuesday night but have failed to make a dent in the scorching summer heat.

The mercury will soar back up to 30C today – with the possibility of reaching highs of 33C by Friday.

The ice cream aisles in supermarkets across the country have been ransacked and left empty by Brits desperate to cool down in the heat.

But the glorious weather took a turn in the East of England as heavy rain and hail fell and flooded several roads – as scattered storms look set to return today.

The barmy weather sent hail the "size of golf balls" crashing down during a thunderstorm in Leciester – seeing car windows smashed and vehicles dented "minutes" after locals were basking in the sunshine.

Today, the Met Office said southern and western England will be hit with another 30C scorcher, as things cool down a little in the East.

An amber extreme heat warning remains in place for central and southern England, Wales and Northern Ireland as bookies have slashed odds to just 10/11 on this month being the hottest July on record.

Netweather TV's forecast for Wednesday says to expect, "low cloud in eastern Scotland and near the north-east coast of England.

"High cloud will also move into the south-west of Britain.

"Otherwise, it will be another hot and generally dry and sunny day, with temperatures reaching highs of 25-29C and peaking at 30-32C locally in the south-west.

"Some scattered thundery showers will again break out, the most likely places for these being the south-east and also the north-west of England."

In Gloucestershire emergency maintenance had to be carried out yesterday as part of the A38 was deemed unsafe because of the searing heat.

Somerset County Council said: "Think of the asphalt like chocolate – it melts and softens when it's hot and goes hard and brittle when it's cold.

"As a result, it doesn't maintain the same strength all year round.

Grit was poured on top of the melted tar to solidify it and re-attach to surfaces.

Meanwhile, in Freebridge Close drivers complained of tarmac being embedded on their wheels .

And the heat has proved to be too much for the country's trains, with scores of passengers delayed.

Some train speeds have been halved due to the risk of lines buckling in the heat.

London Northwestern cut speeds on its main line from London Euston, with Chiltern Railways also affected on the London Marylebone to Oxford line, and Northern Rail hit between Hull and Bridlington, East Yorks.

And the heatwave could cause planes to veer outside approved airspaces amid GPS malfunctions.

UK Civil Aviation Authority said: "It is possible for tablets and mobile phones to overheat and shut down in hot weather.

"We have recently seen an increase in airspace infringements caused by overheating devices being used as moving maps in GA aircraft."

Brits were stunned as the ice fell from the sky last night in the middle of the balmy week.

And now The Met Office's amber extreme heat warning is set to last until Friday, with the mercury expected to climb as high as 33C in parts of the country.

Rescue teams have echoed warnings of the dangers of swimming in open water after 12 people have now drowned during the heatwave.

Public Health England has extended its heat-health warning, which warns people to take measures to stay cool and look out for vulnerable people, until Friday.

"Some delays to road, rail and air travel are possible, with potential for welfare issues for those who experience prolonged delays," said the Met Office.

It comes after Britain baked on the hottest day of the year as temperatures soared to 32C on Monday – before thunderstorms battered the country, and even ruined cars.

In Kibworth, Leicester, large hailstones caused damage to outdoor furniture and even smashed the windscreens of cars as stormy weather hit the area.

Twitter users posted images and videos of ruined pipes and damaged cars, as well as hailstones the size of large marbles.

There were also reports of intense rain and hail in Essex and Kent, amid a flash storm in the area.

Giant hailstones were spotted in Essex on Monday afternoon as storms hit with residents reporting the hail as "the size of marbles." 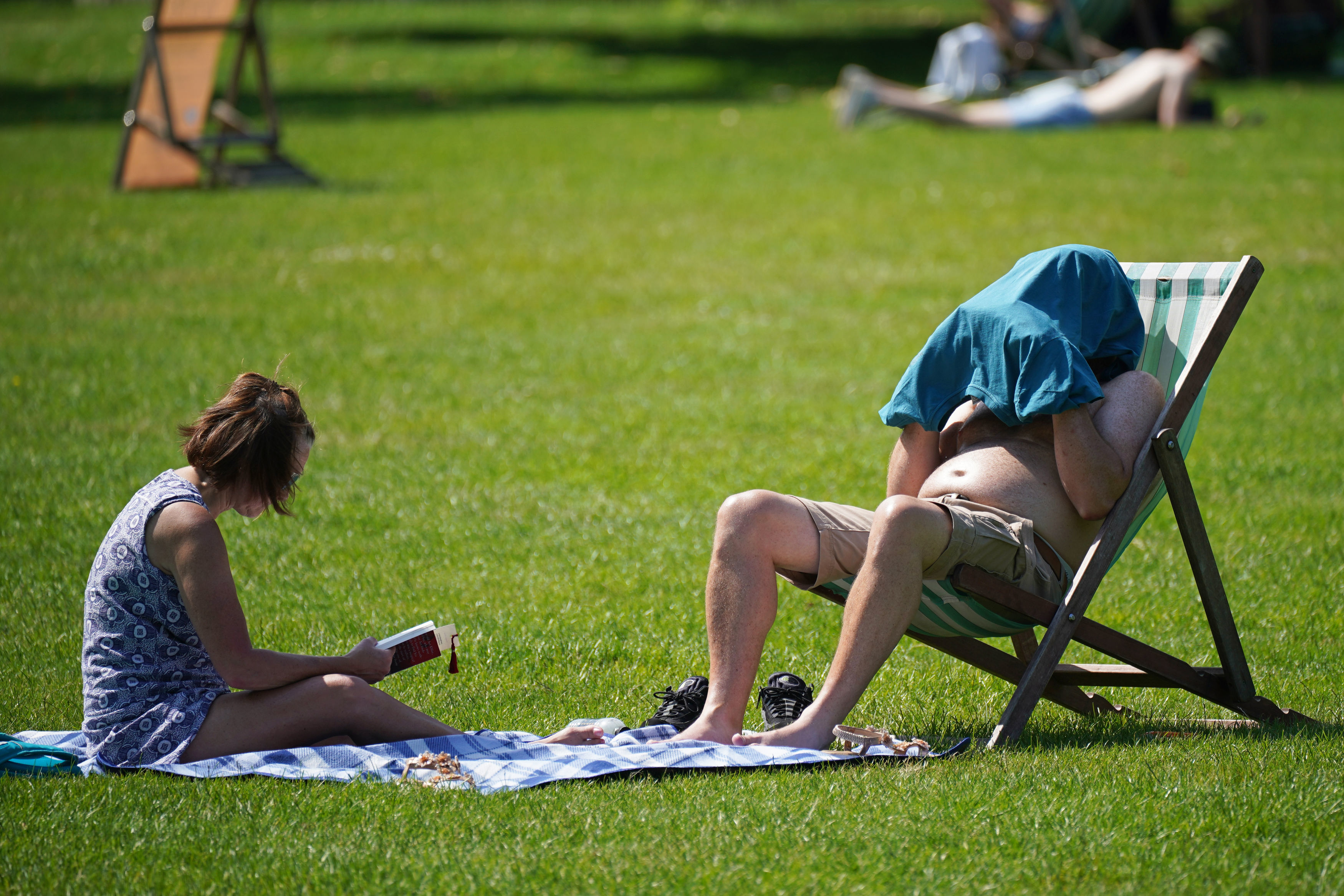 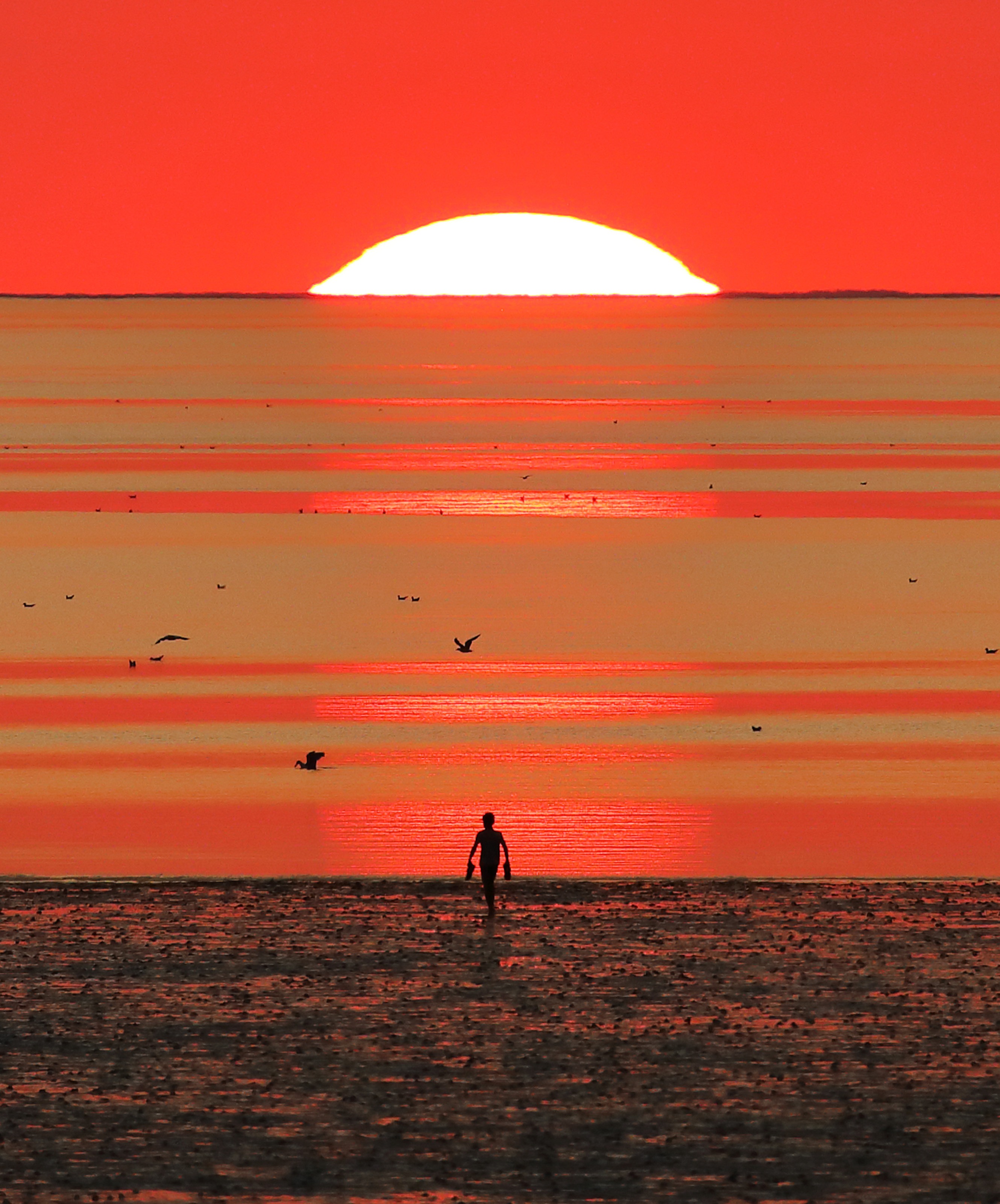 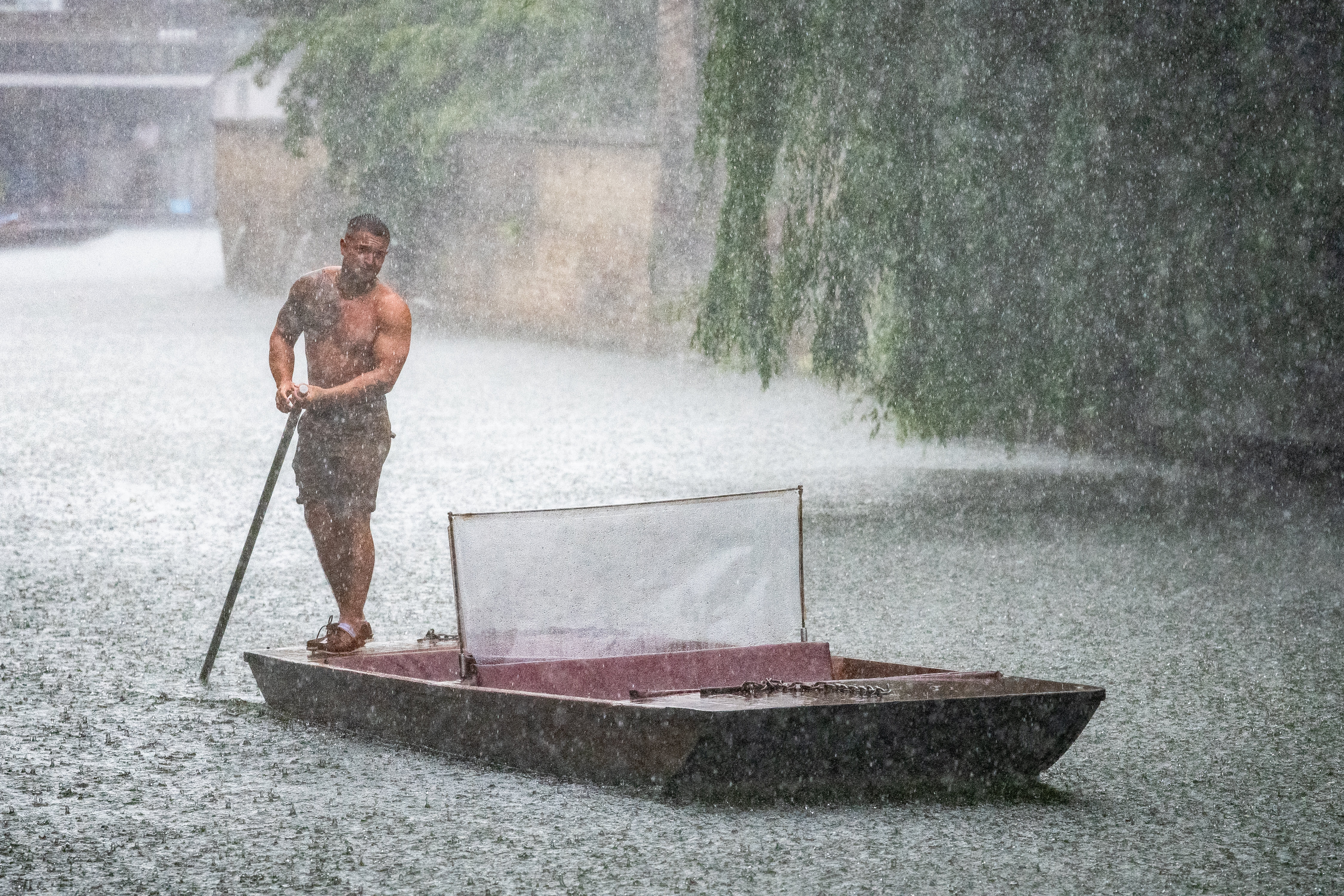 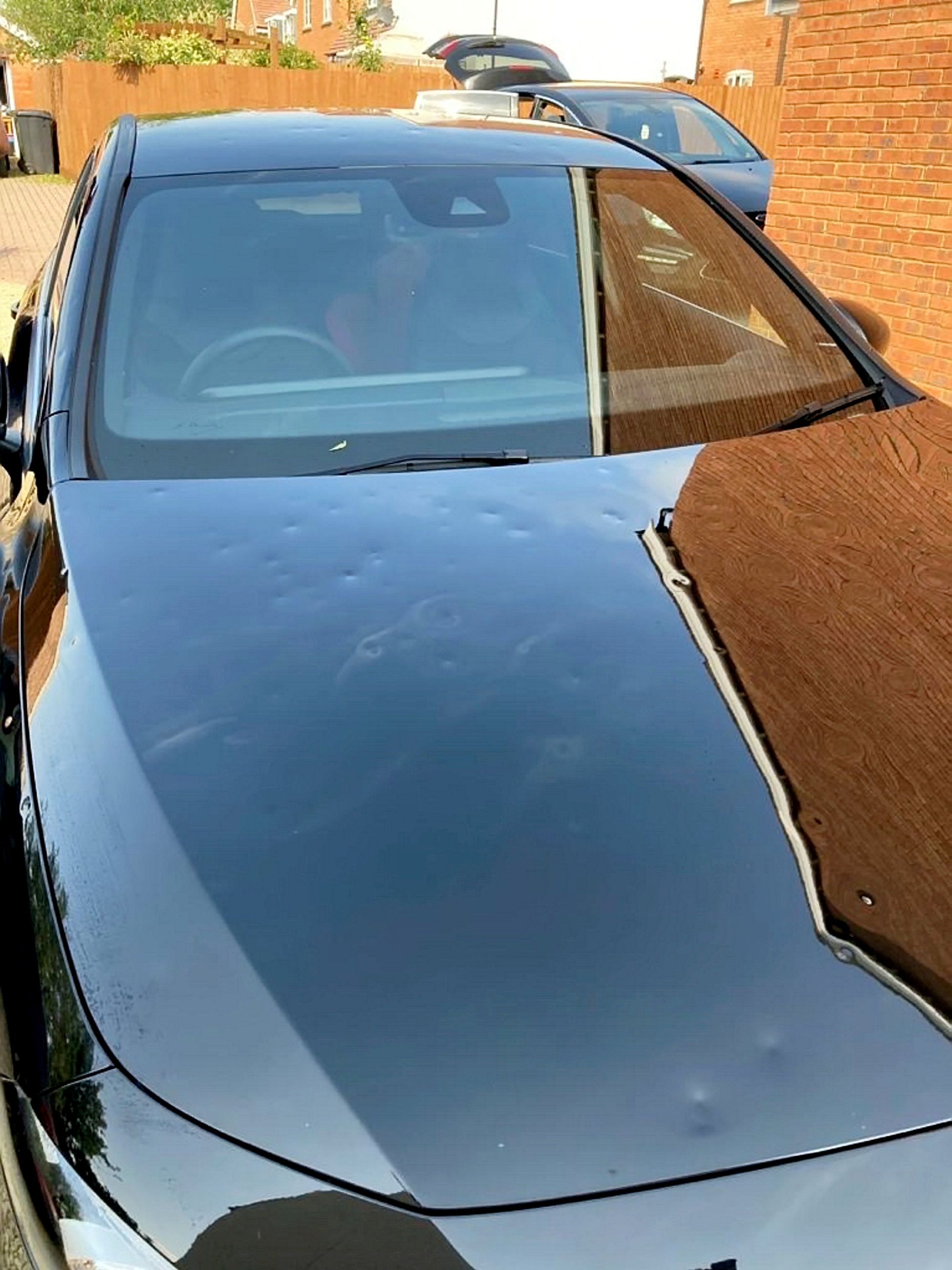 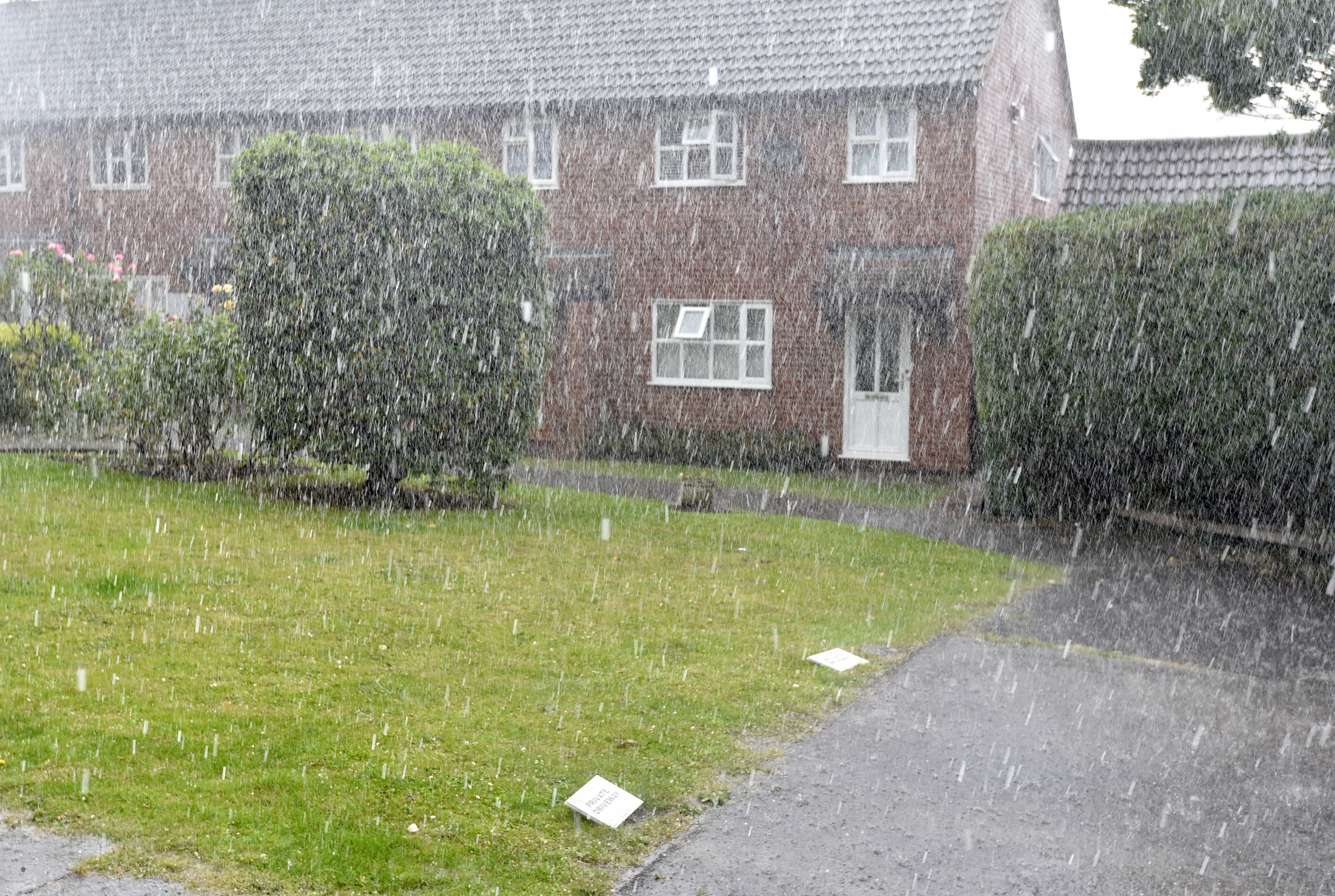 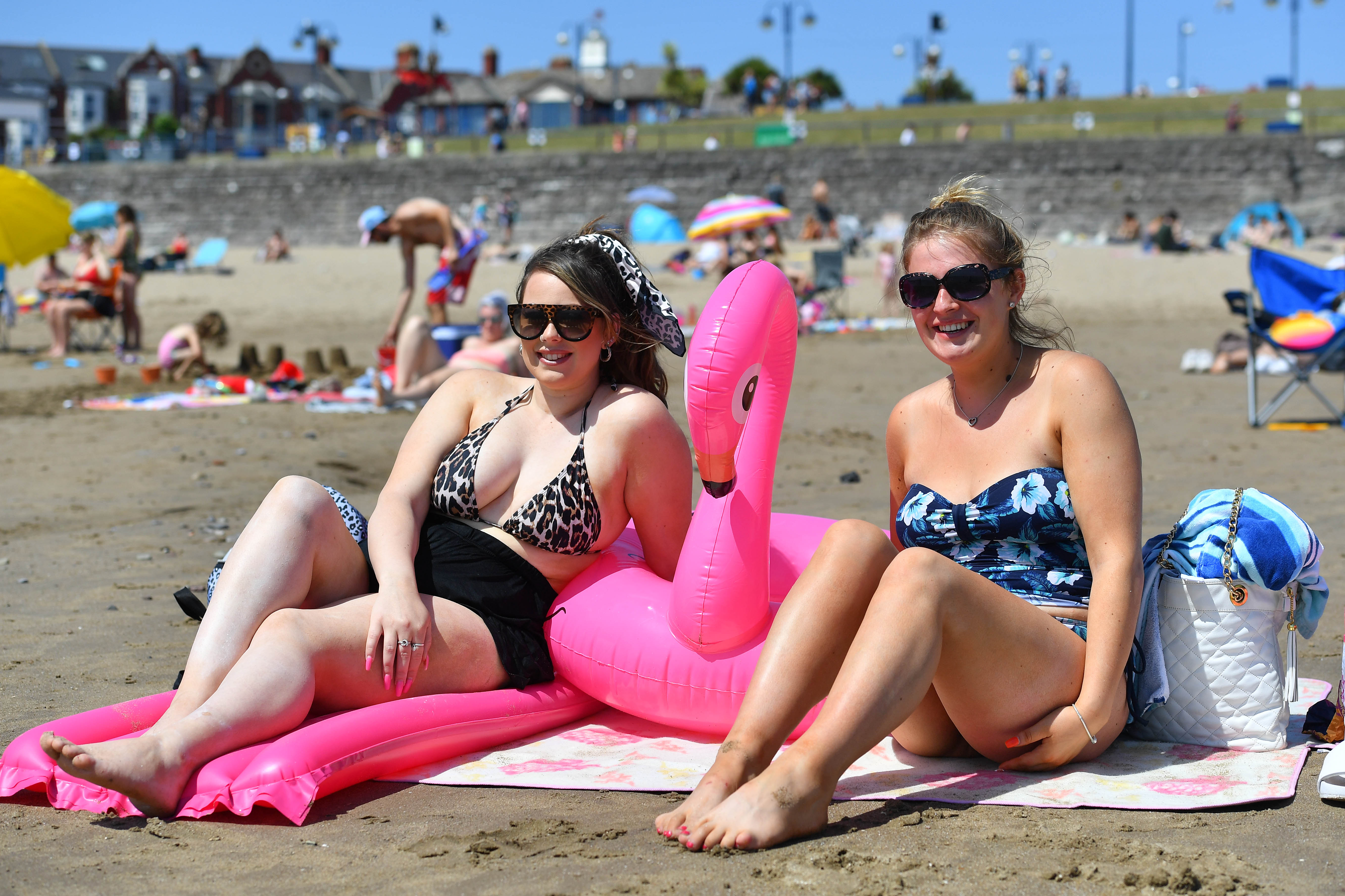 The previous high for the year was 31.6C, which was also recorded at Heathrow on Sunday.

And Monday kicked this week's four-day heatwave off with 31C in the likes of London, with many areas hotter than Ibiza.

Some places even recorded conditions hotter than 29C Nouakchott, Mauritania, on the edge of the Sahara Desert.

And in the following days, the mercury is expected to creep up a degree or more.

Met Office forecaster Marco Petagna said: "Temperatures are likely to peak at around 32C (89.6F), even reaching 33C (91.4F) in isolated spots across southern England, so very warm for many.

"Even the more cooler areas will see temperatures in the twenties while other places could see some thundery showers."

The new extreme heat weather warning was introduced on June 1 to highlight the dangers heatwaves pose on health, infrastructure and other services. 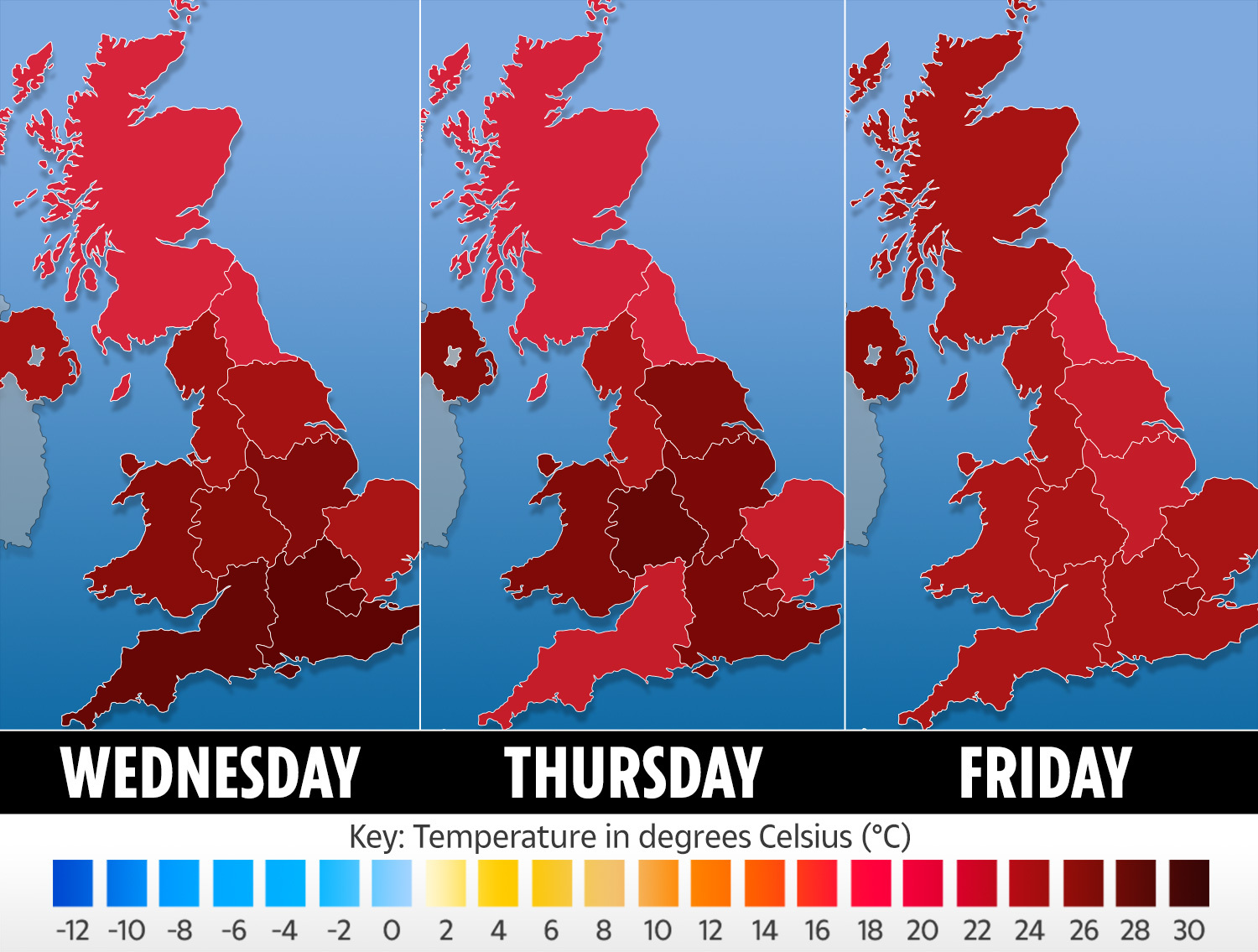 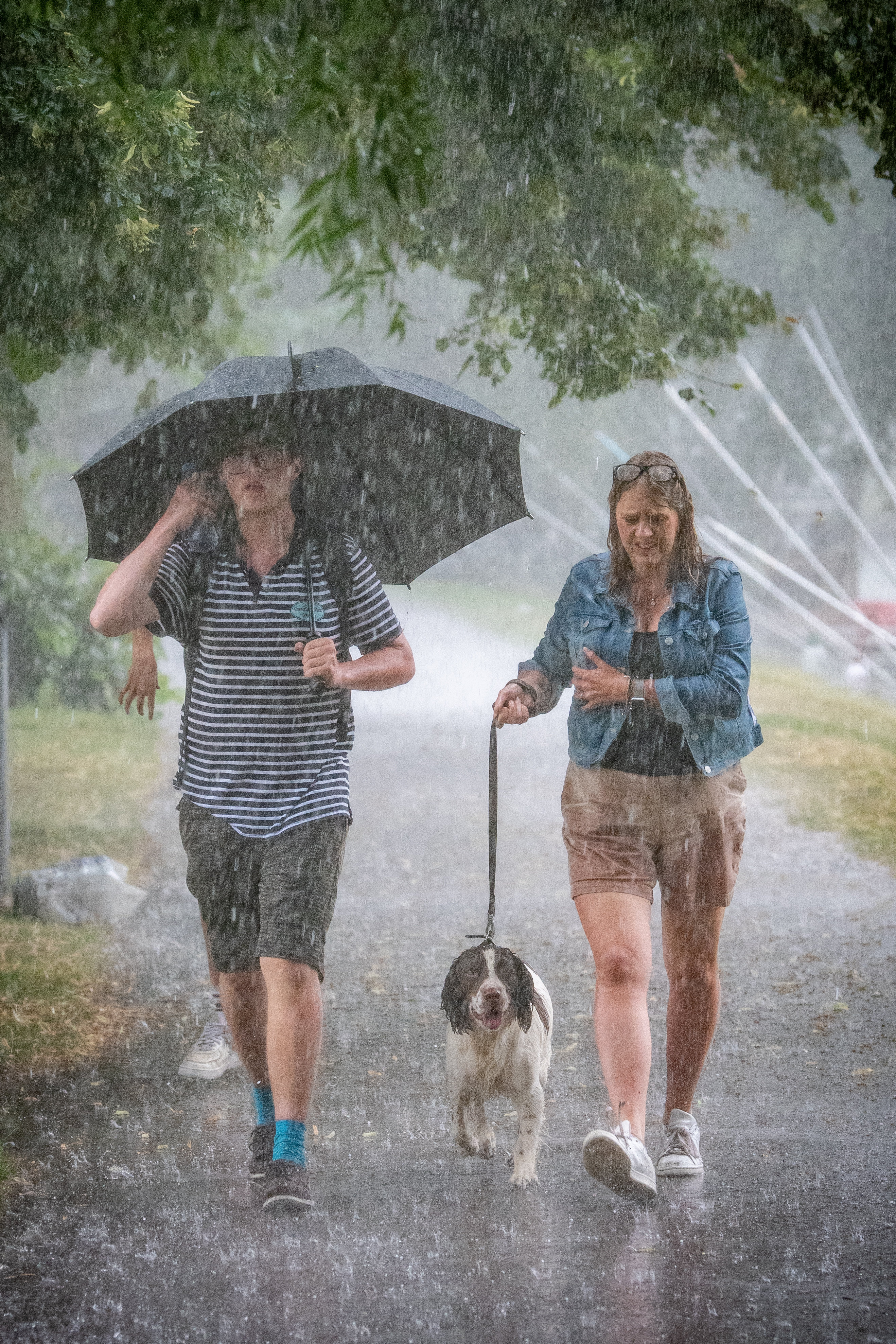 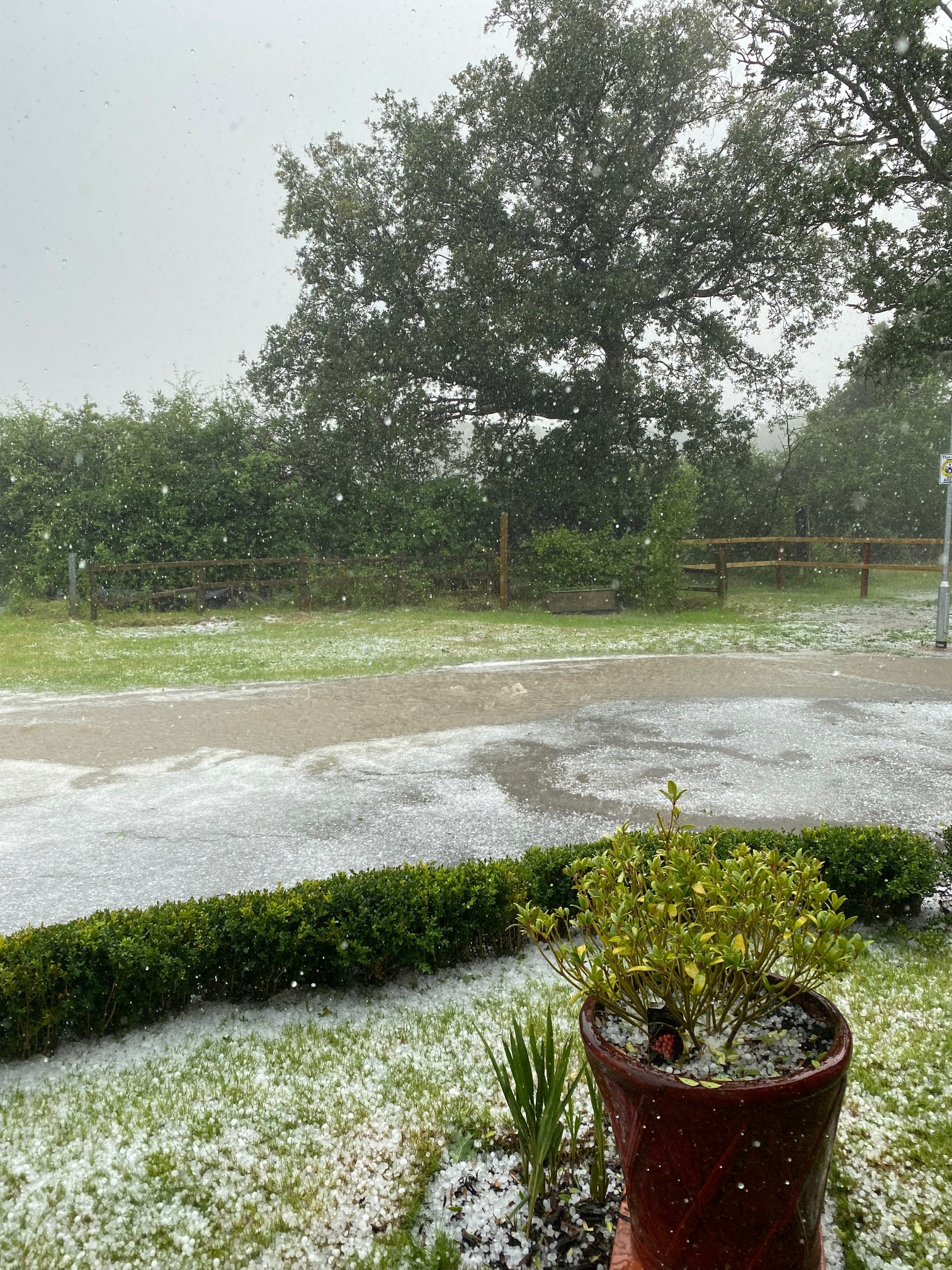 Bookies have slashed the odds on UK temperatures reaching a whopping 35C this week.

As the heatwave continues, Ladbrokes has cut the odds to just 3/1 that the thermometer hits 35C anywhere in the UK before the end of the week.

Jessica O'Reilly of Ladbrokes said: "Freedom Day coupled with the heatwave is sure to see plenty of workers pulling sickies this week, and it wouldn't be a huge surprise to see temperatures surpass 35C." 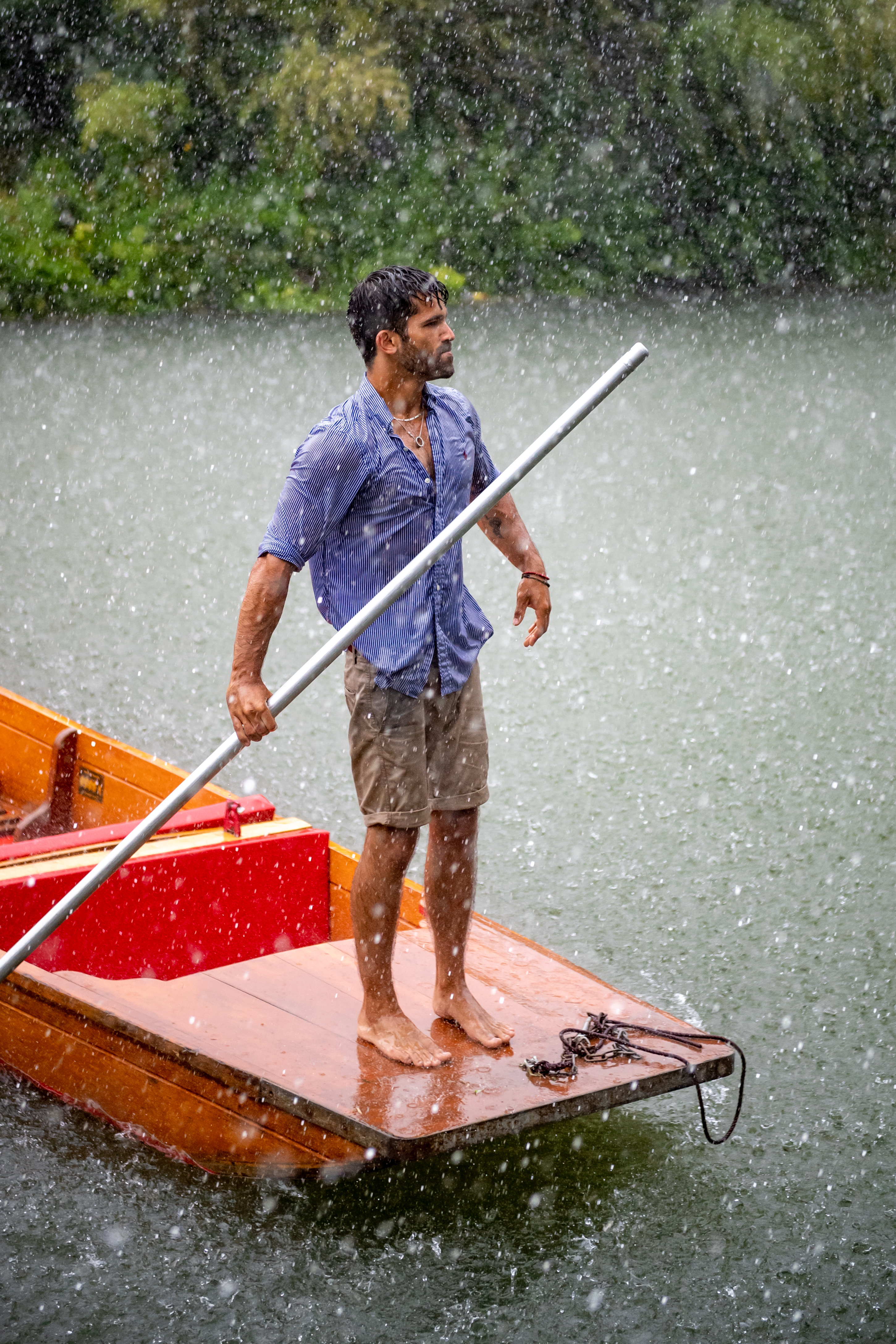 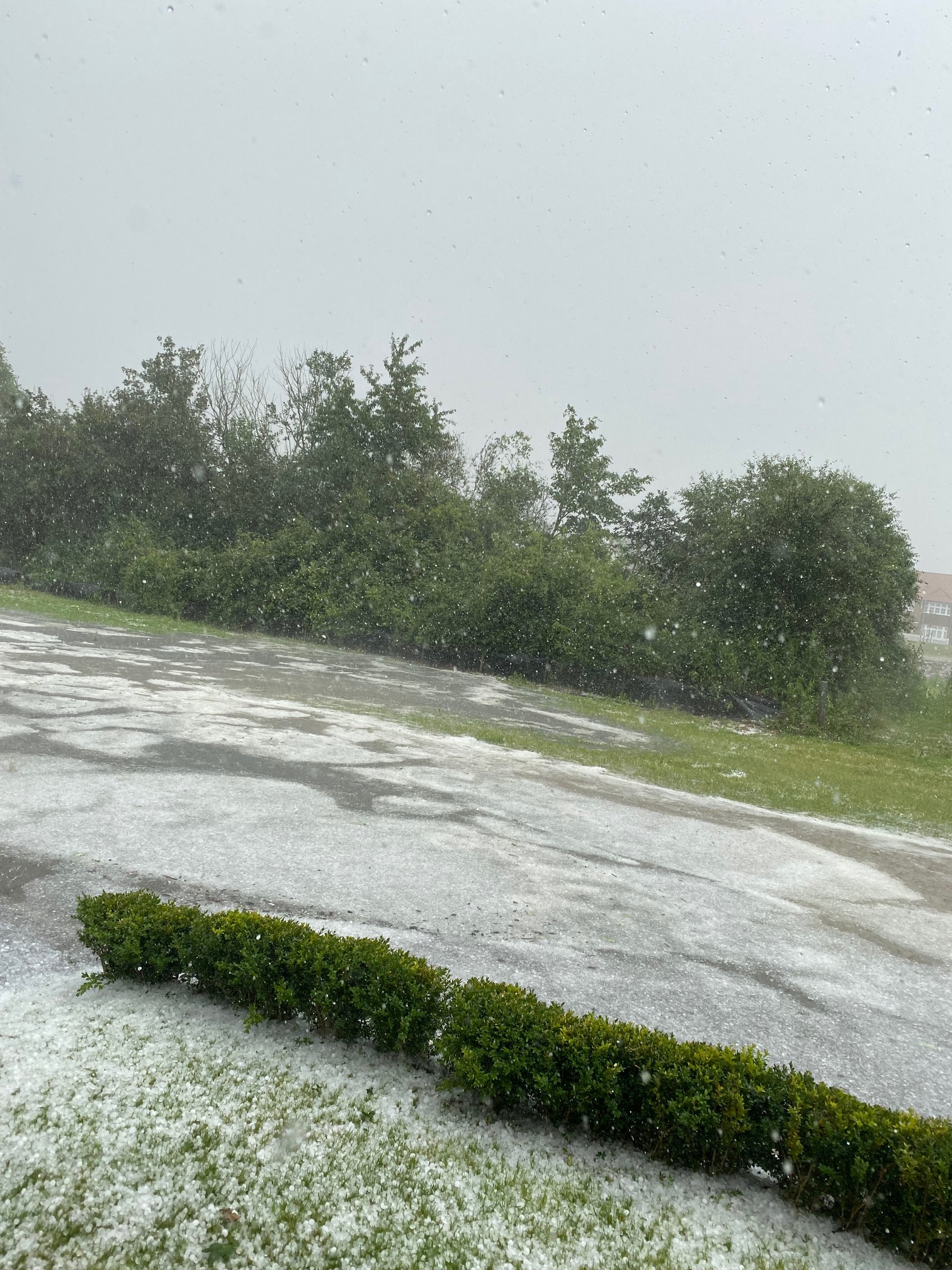 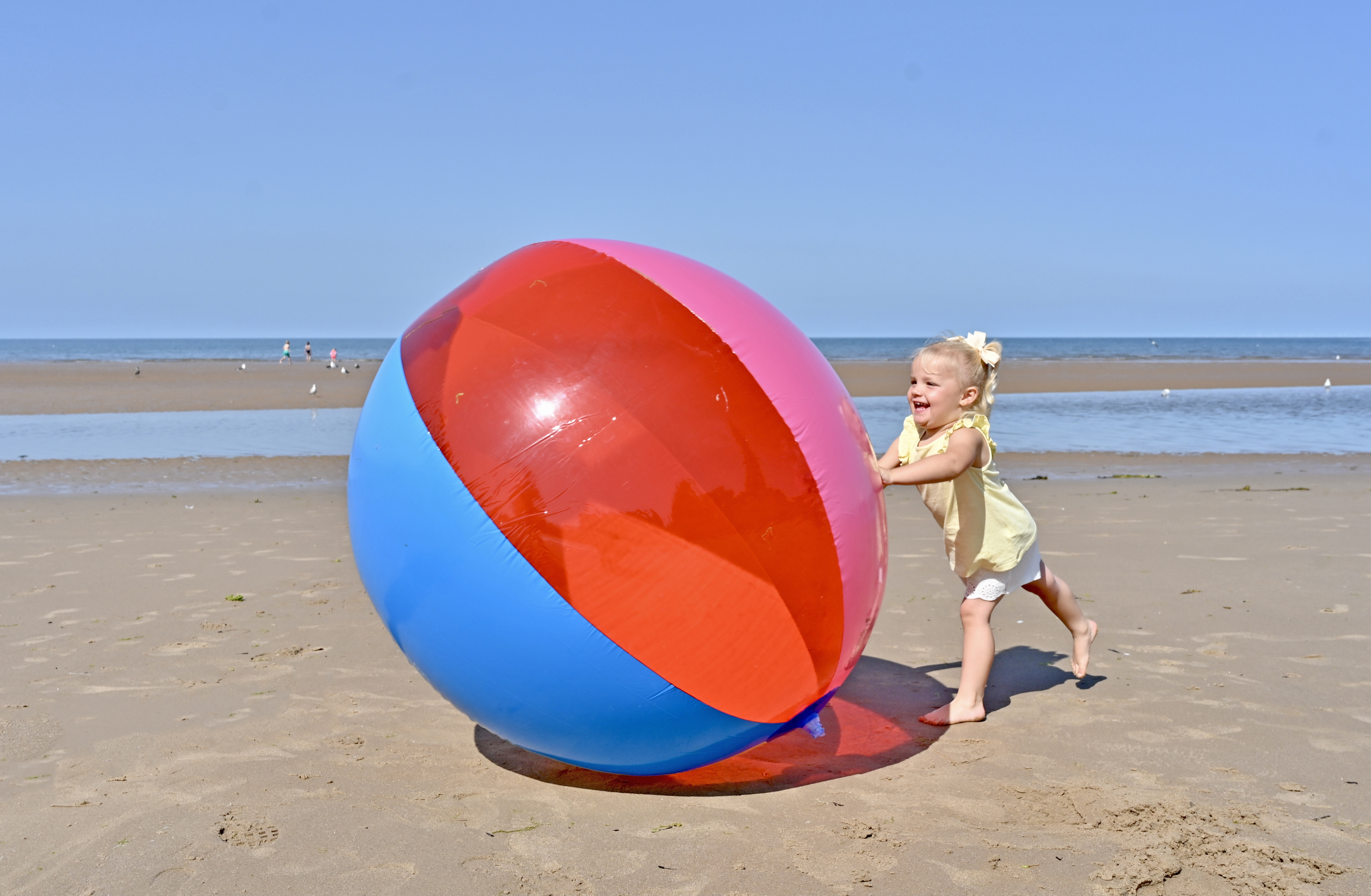 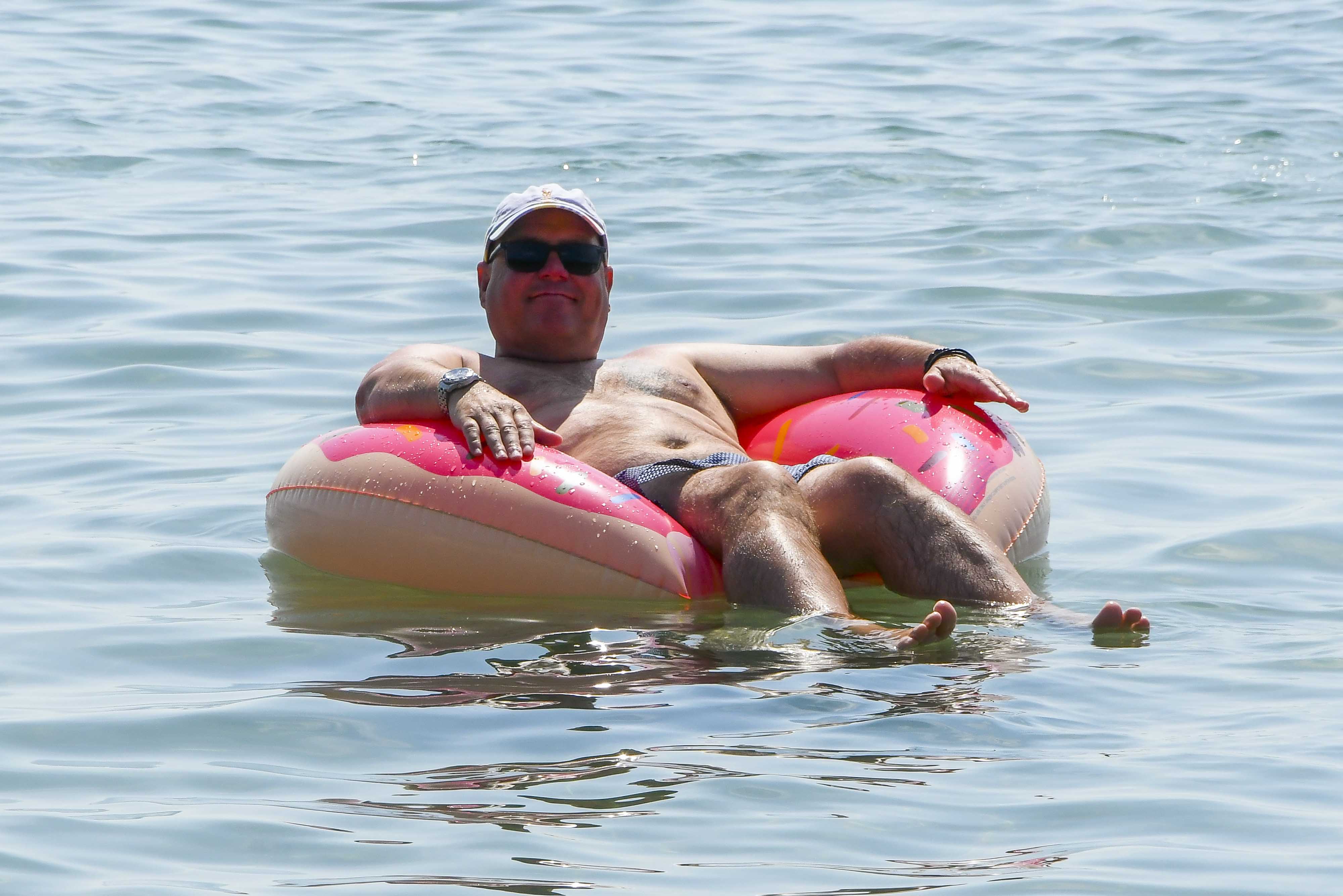 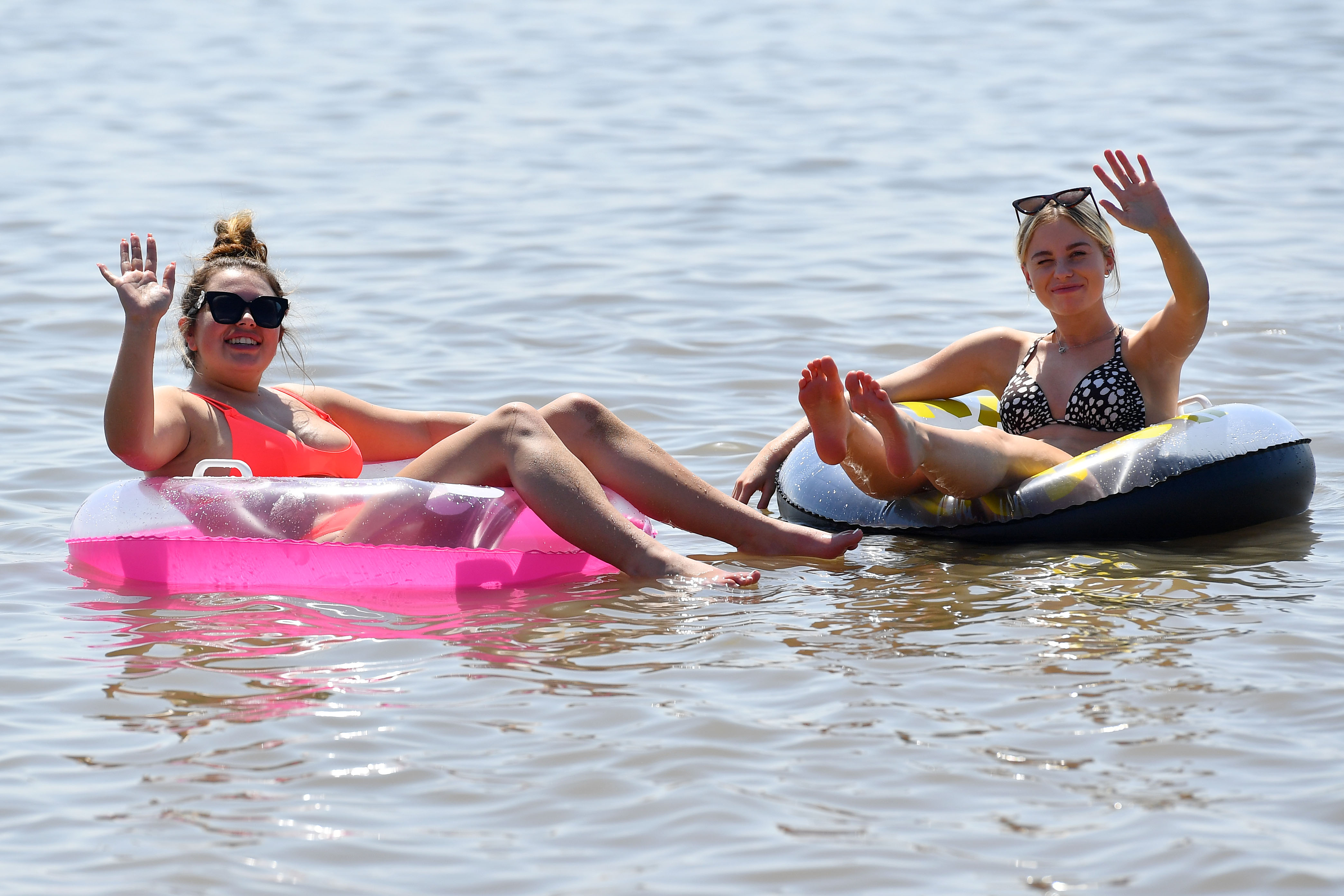