China: Raimondo says US needs to ‘run faster and invest’

Tensions between China and the United States risk a war breaking out between the two, an American political commentator has claimed. Anna Paulina Luna, a former congressional nominee for the Republican Party, said on Newsmax insisted Beijing wanted a war with the US, and that it was already “attacking” in other forms. Her comments came as US President Joe Biden prepares to resume trade talks with China after months of minimal contact between the two.

Ms Luna was asked on Newsmax about the recent tensions between the two powers.

She said that the US “cannot, absolutely in any way shape or form take a position of weakness.

Ms Luna added: “Especially being that China on the national stage has already disrespected the Unites States once.”

“China does want war with the United States,” she claimed. “so I think that this goes deeper than just idle threats.”

JUST IN:   Portugal to come off the travel green list and added to amber in shock blow for holidays 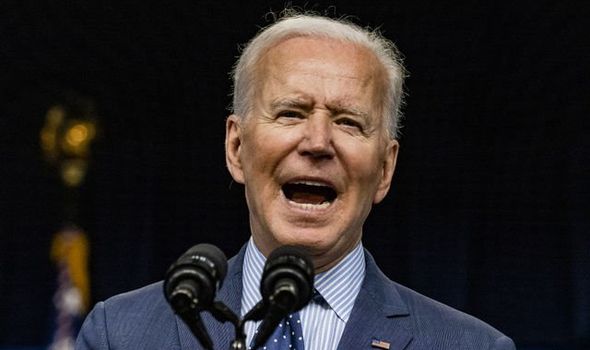 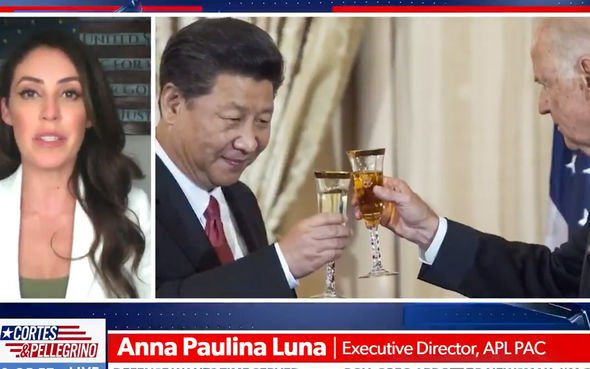 She added that: “I think that China has been attacking us since well before Covid-19.

“I think that was definitely a show of force for them to be able to see how much they could economically make the United States suffer.

“And I think moving forward, if we do not stand united as a country, if we don’t really stop the infighting, I think that what’s going to happen is that we’re going to be facing very serious threats.

“Potentially another world war with China.”

President Biden has sought to strike a tough stance on China since becoming President in January.

In his first address to Congress, he said that the US should not “remain silent when basic human rights are violated,” by China, and criticised its practice of intellectual property theft.

He raised tensions with China last week after calling for US intelligence to investigate the origins of Covid-19 and the possibility it leaked from a lab in Wuhan.

China has always strongly denied any suggestion that the virus is manmade, and accused President Biden of “stoking confrontation” over the issue.

Sadiq Khan shamed over spate of horrific attacks in city – ‘Lawless London’
Why EU should be seriously worried about Frexit as latest damning poll released
‘It was racist!’ John McDonnell shames England fans for booing players taking the knee 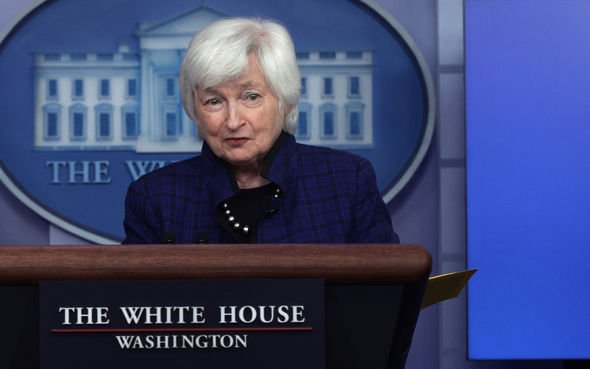 Trade talks are set to resume in an effort to alleviate the trade war that began under Donald Trump’s Presidency.

Mr Trump imposed billions of dollars worth of tariffs on Chinese goods, most of which President Biden has kept in place.

The Treasury said that Yellen laid out Biden’s agenda to “support a continued strong economic recovery and the importance of cooperating on areas that are in U.S. interests.”