Valentine’s cards that joke about STALKING should be banned because they risk ‘normalising’ the creepy crime, police chief says

A police commissioner has hit out at Valentine’s Day cards that joke about stalkers, saying they ‘normalise’ a crime which destroys lives.

Katy Bourne called on online marketplaces such as Etsy to remove the designs.

She criticised artworks based on Netflix show You, which features a murderous and pathological stalker Joe, one of which read: ‘Happy Valentine’s from your favourite stalker’. It is no longer available on the site.

Another card Mrs Bourne blasted on Twitter showed someone’s location pinned on a map and quipped: ‘You say stalker, I say devoted.’ 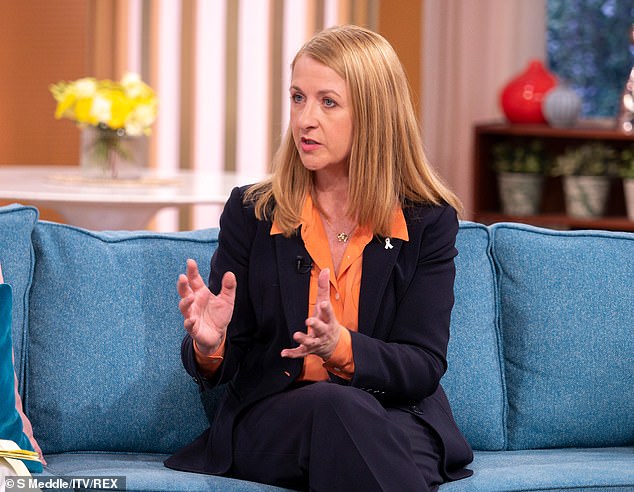 Police commissioner Katy Bourne has hit out at Valentine’s Day cards that joke about stalkers, saying they ‘normalise’ a crime which destroys lives

The Sussex police and crime commissioner has long campaigned to change attitudes to the crime after she was harassed by a man who followed and filmed her before she was elected to the role.

She said: ‘By normalising stalking in this way we are risking taking ten steps back in terms of public perception of this all-consuming, truly devastating crime.

‘Stalkers have deep rooted and complex psychological problems and their display of fixated, obsessive, unwanted and repeated behaviours takes over and destroys the lives of their victims.

‘We have seen how this crime can fatally escalate and it should never be treated as some sort of joke.

‘I hope that all retailers will now appropriately censor the products that they stock and remove any of these types of cards from their websites and shelves.’ 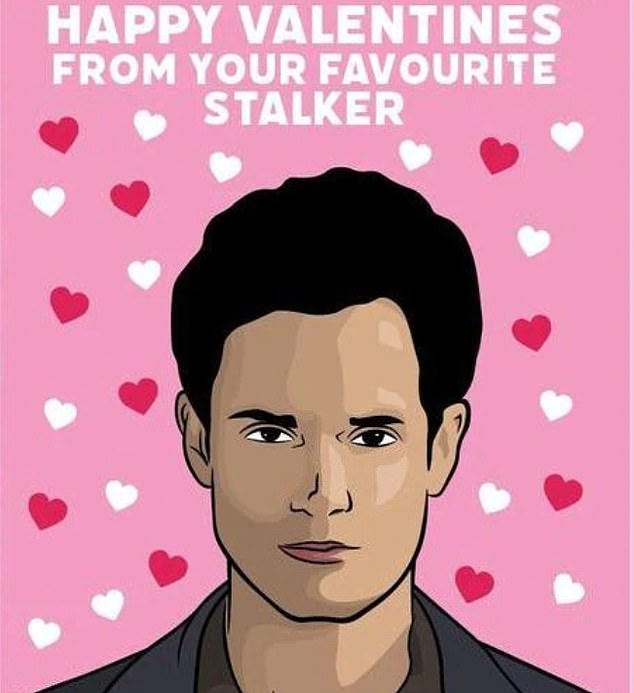 She criticised artworks based on Netflix show You, which features a murderous and pathological stalker Joe, one of which read: ‘Happy Valentine’s from your favourite stalker’. It is no longer available on the site

Mrs Bourne, who is the main spokesman on stalking for the Association of Police and Crime Commissioners, faced years of torment from her stalker, which led to the courts imposing a civil injunction to prevent him from contacting or writing about her. He later received a suspended prison sentence.

Yesterday Etsy declined to comment but Thortful, another online marketplace, said it would be delisting a card which read ‘Stalker? I prefer to say, future husband’.

A spokesman said: ‘We can see that this card is upsetting and we have removed it from our catalogue with immediate effect.’

Lucy Maggie Designs, which made the ‘pinned location’ card, removed it from sale on all sites. It said: ‘Lucy Maggie Designs stands in solidarity with all victims of abuse, including those who have endured the terrible distress of stalking and harassment.

‘The card in question was only ever intended as a playful greeting between two loving, consenting parties and we apologise unreservedly for any unintended offence caused.’

Dr Sue Hills, of the Alice Ruggles Trust, set up in memory of a woman murdered by an obsessive ex-boyfriend, said: ‘Stalking is never romantic and the people who make light of it put victims in greater danger, because it encourages everyone, victims, their friends and some agencies who should be helping, to treat it as a joke.’