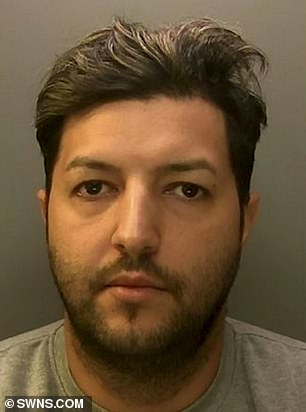 Mihai Avram, 33, (mugshot) has been jailed after he was caught driving backwards down the slow lane of the M25 near Egham, Surrey in the early hours of October 1 2018

A van driver who reversed along the M25 in the middle of the night before crashing into a minibus full of stag party-goers has been jailed for 16 months.

Mihai Avram, 33, was caught driving backwards down the slow lane of the motorway near Egham, Surrey in the early hours of October 1 2018.

Shocking traffic camera footage shows him travelling the wrong way down the M25 between junctions 12 and 13 at 1.25am that night.

The van smashed into a minibus carrying seven members of a stag party, which was being driven by Robin Burchill, 61.

Avram decided to use his hazard lights, but this was not enough to alert Burchill – who sent the van hurtling forward after the crash.

In the seconds following the accident, Avram’s van can be seen crumpled at the back with the lights still flashing.

All eight were injured in the crash, including one that suffered ‘life-changing’ brain injuries.

Avram, of Egham, was jailed for 16 months at Guildford Crown Court on May 31 for his part in the crash. 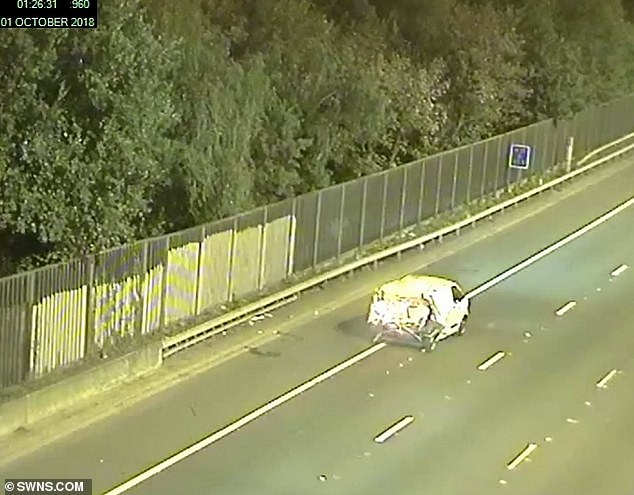 Shocking traffic camera footage shows him travelling the wrong way down the M25 between junctions 12 and 13 at 1.25am that night

He pleaded guilty to causing serious injury by dangerous driving and was disqualified for three years and eight months.

Burchill, of Southampton, Hampshire, was ordered to pay £255 in fines and given three points after pleading guilty to driving without a licence that covered driving minibuses.

‘Indeed, a number of people sustained injuries through no fault of their own and one person has been left with a life-changing brain injury.

‘Driving dangerously doesn’t just threaten the lives of those behind the wheel, it threatens the lives of passengers and innocent bystanders as well.

‘We will always work to ensure that those who put the lives of others at risk will face the consequences of their actions.’ 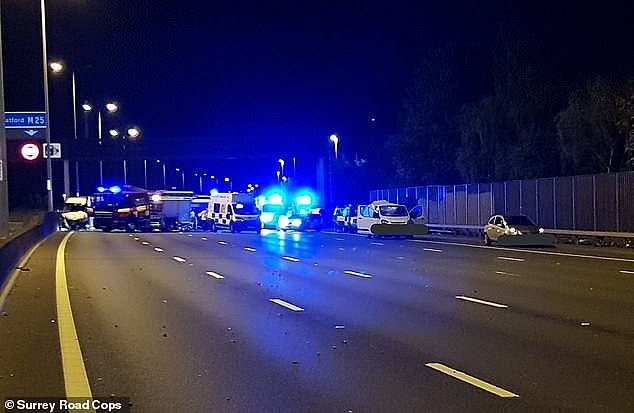 Emergency services are pictured at the scene of the crash, which happened in the early hours of October 1 last year 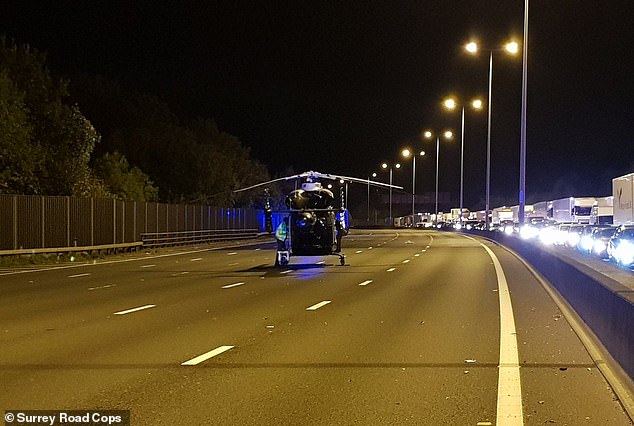