For decades, damaging – even life-threatening – conversion practices have been flourishing in faith communities and religious organisations right under our noses. These practices are aimed at changing or suppressing the identities of lesbian, gay, bisexual, transgender and asexual Victorians.

Melbourne, the ‘liveable’, progressive, sports-mad capital of Victoria is not the place where one would expect an ideology grounded in unscientific claims about the inherent ‘brokenness’ of LGBTQA+ people to proliferate. However, it is now becoming clearer to all Victorians that the scourge of conversion practices is not, and has never been, alien to our state. 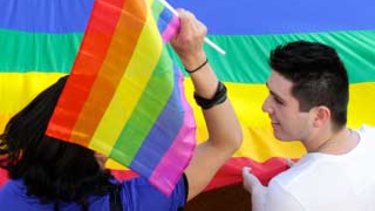 Often, these practices are grounded in the view that these identities are inherently disordered, causing catastrophic damage to LGBTQA+ people. Conversion practices tinker with LGBTQA+ people’s minds, attachments, and their deepest sense of self, ruining family connections and causing suicidal ideation rates that are among some of the highest of any cohort of the population.

Unlike pastoral care workers and religious leaders, mental health professionals are bound to a national code of ethics that prevents them making such harmful claims. The same code compels them to refer clients on to competent, confident, affirming care when they are not able to provide this care themselves.

In 2018 the Preventing Harm, Promoting Justice report from the Human Rights Law Centre estimated that up to 10 per cent of LGBTQA+ Australians are vulnerable to exposure to conversion practices. This is corroborated by British and Canadian research.

Thought to be even more prevalent is the communication of ‘conversion ideology’. In 2015, an Australian survey of more than 3000 LGBTQA+ Australians aged 14-21 found that 7 per cent had been exposed to the message that ‘gay people should become straight’ at school.

SOGICE Survivors and Brave Network are conversion survivor support and advocacy groups that work closely with Victorian survivors and regularly hear their disturbing stories. Recent survivors say their engagement with conversion practices began with hearing false and misleading claims about the causes or inherent dysfunction of their LGBTQA+ identity. This grew into a hatred of this part of who they are. With this message of ‘brokenness’ internalised, they progressed to conversion practices. While many formal practices are now a relic of the past, conversion ideology and informal practices delivered in faith communities continue to proliferate.

After years of advocacy from survivor-led groups and meticulous research and engagement from a variety of stakeholders, the Victorian government has finally moved to make these practices illegal, and the rest of Australia must follow its lead. 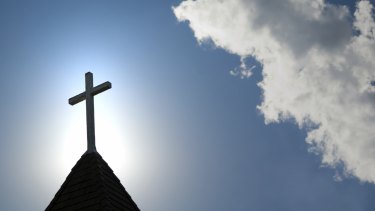 The Change and Suppression (Conversion) Practices Prohibition Bill deals with practices that target an LGBTQA+ person with the purpose of changing or suppressing their sexual orientation or gender identity. It criminalises the most egregious practices, when they cause physical or psychological injury to a person, as well as advertising a false outcome of change. Otherwise, the bill sets out a facilitation pathway for education and voluntary agreement-making between survivors and conversion proponents, with investigative powers for the Equal Opportunity and Human Rights Commission when practices are serious or systemic.

However, conservative religious groups have declared open war on the bill, labelling it an affront to religious freedom and freely broadcasting significant misinformation about it. They have been eager to use the bill’s reference to prayer-based conversion practices to drum up fear that the new law might see people of faith jailed for praying with LGBTQA+ folks or offering advice.

Survivors of conversion practices are not anti-prayer, and neither is this bill. Nor are they interested in legislating against people believing and preaching from sacred texts, offering genuine advice, or helping people figure out how they feel about themselves. In fact, many survivors maintain a robust and vibrant faith. This bill is a common-sense law designed purely to prevent people in positions of influence making misleading claims about LGBTQA+ attraction and identity, delivering indefensible practices, and causing life-long harm and trauma.

Victorian survivors are hurting. Our stories have finally been heard and acted upon by the state government, but now we have found ourselves embroiled in a fear campaign wielded by conservatives that ultimately excuses the actions of those who cause psychological harm to LGBTQA+ people.

The fact that such a shocking number of our fellow Victorians are being misled into believing that a ban on life-threatening practices is akin to an attack on their religious freedom is evidence of why this bill is so urgently needed. It is also a rude awakening as to how many people admit to being proponents of conversion ideology. This should cause extreme concern to Victorians, a population that overwhelmingly supported marriage equality and champions the right of LGBTQA+ people to live authentically and free from harm.

There is no place for LGBTQA+ conversion in Victoria.