Home » World News » Vietnam veteran, 73, with Trump sign is 'knocked to ground by woman who taunted him with insults in hateful attack'

A VIETNAM veteran waving a pro-Trump sign was reportedly knocked to the ground by a woman who taunted him with insults in a hateful attack on Saturday.

Kiara Dudley, 34, is accused of berating the unidentified vet, 73, who was with another person waving their flags and signs in support of President Donald Trump in Douglas, Massachusetts. 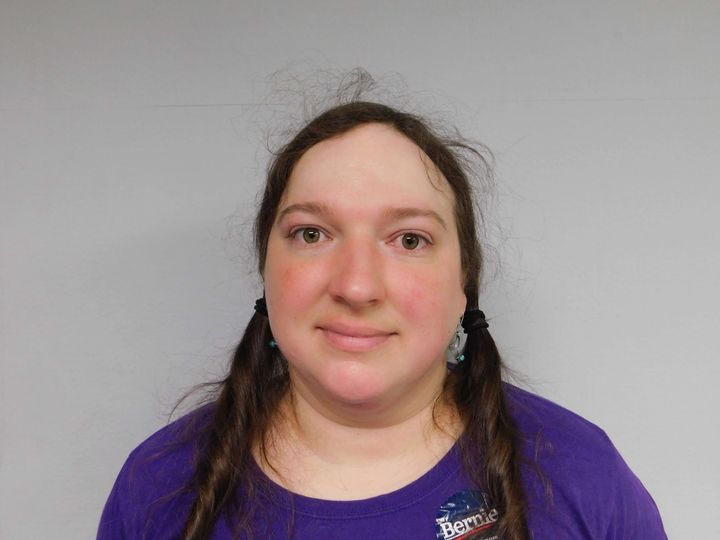 The couple tried to move away from Dudley, but she continued to follow them, MassLive.com reported, citing local police.

According to the veteran, Dudley bumped the man with her body before knocking down the man’s “Veterans for Trump” sign and stepping on it.

As the elderly man tried to pick up the sign, police said Dudley knocked the Vietnam vet to the ground.

Police said 911 received several calls about what was happening and they responded around 12.10 local time. 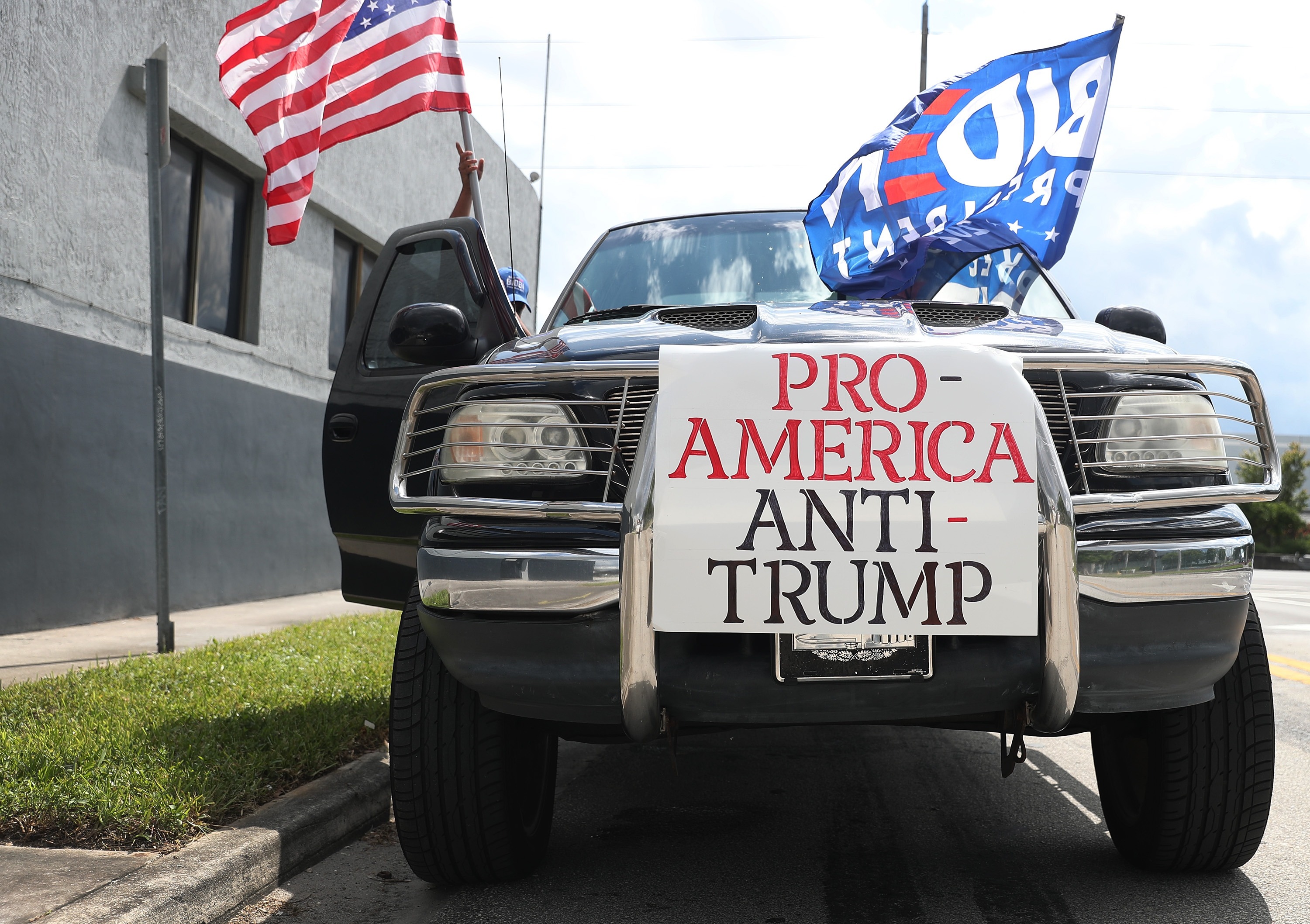 “Upon arrival officers learned that a couple from Douglas were located at the intersection promoting Donald Trump with their flags and signs,” police said.

“Approximately 30 minutes after they arrived, they were approached by a party opposing their support that began to berate them with insults and demanded that they leave.”

The veteran reportedly suffered a finger injury in the incident, although further information was not immediately available.

Dudley was arrested over the weekend but posted $250 cash bail. 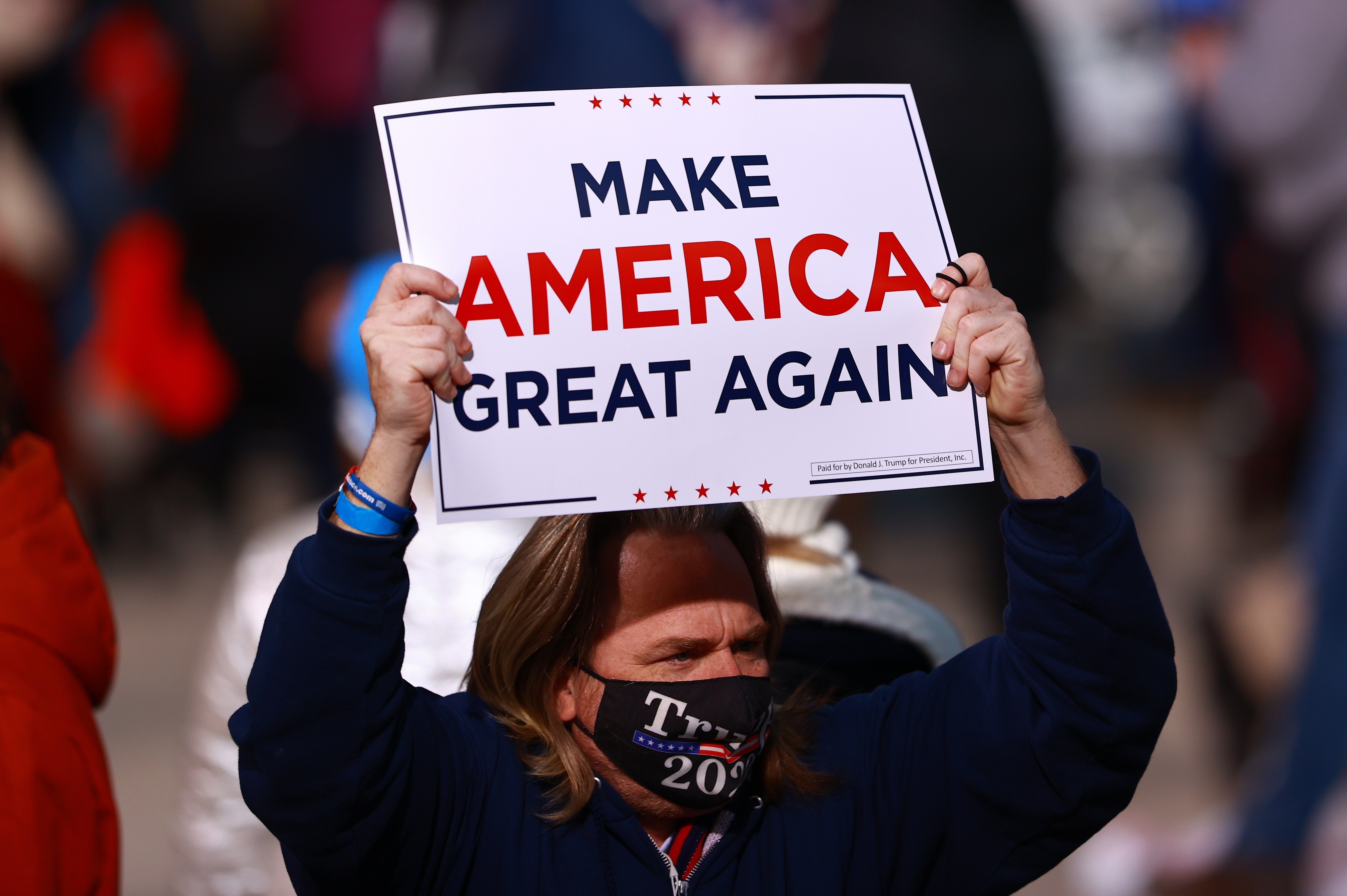 She was set to be arraigned on Monday.

Last month, Alvin Shaw, 33, was arrested he allegedly punched Donna Snow, an 84-year-old supporter of Trump, in the face in Aliso Viejo, California. 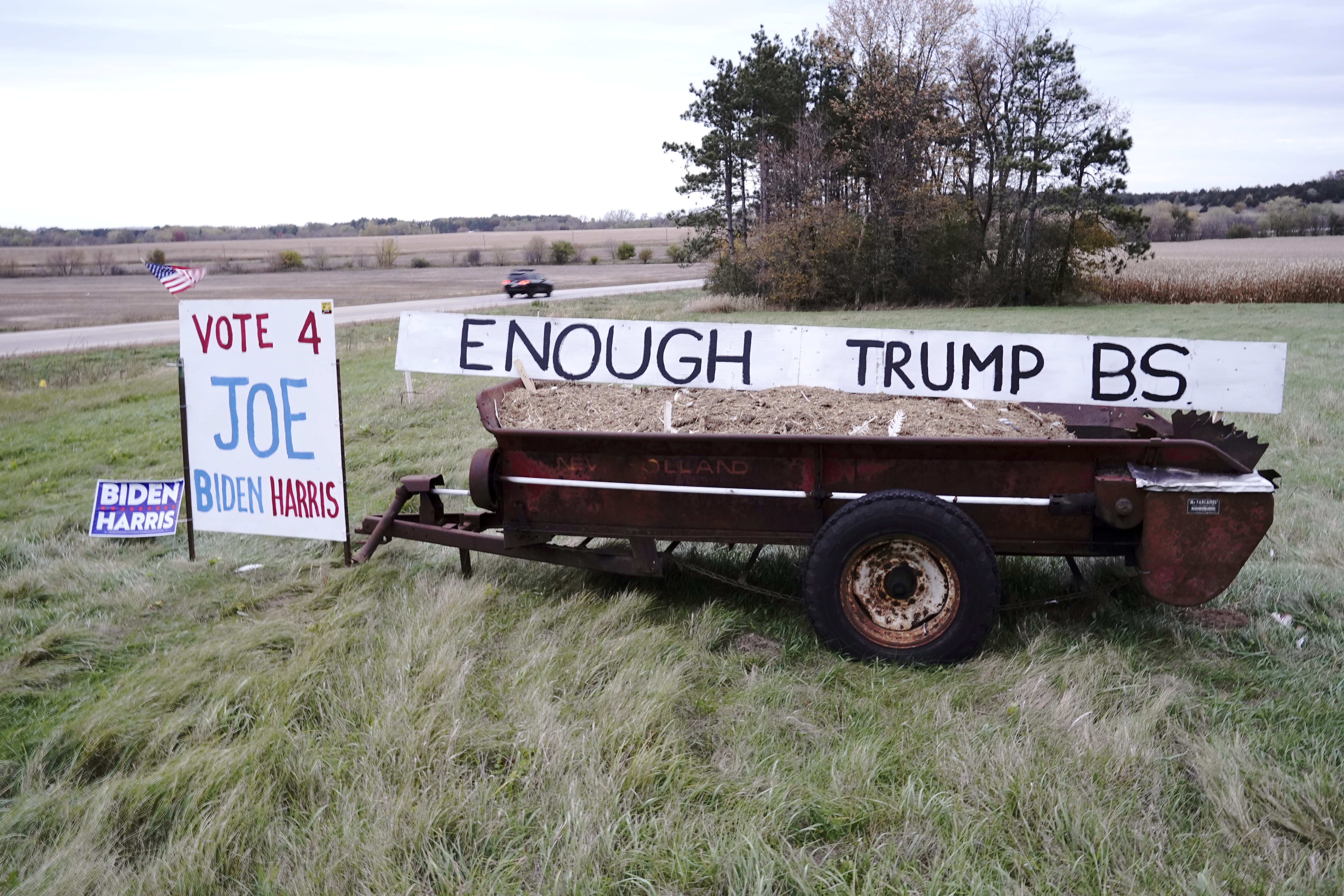 Snow, the 84-year-old, said that Shaw tried to put his cigar out on her Trump poster.

"He put it on my brand-new Trump sign," Snow told KCBS-TV. "They're not giving away Trump signs, OK, in California. So that made me a little upset." 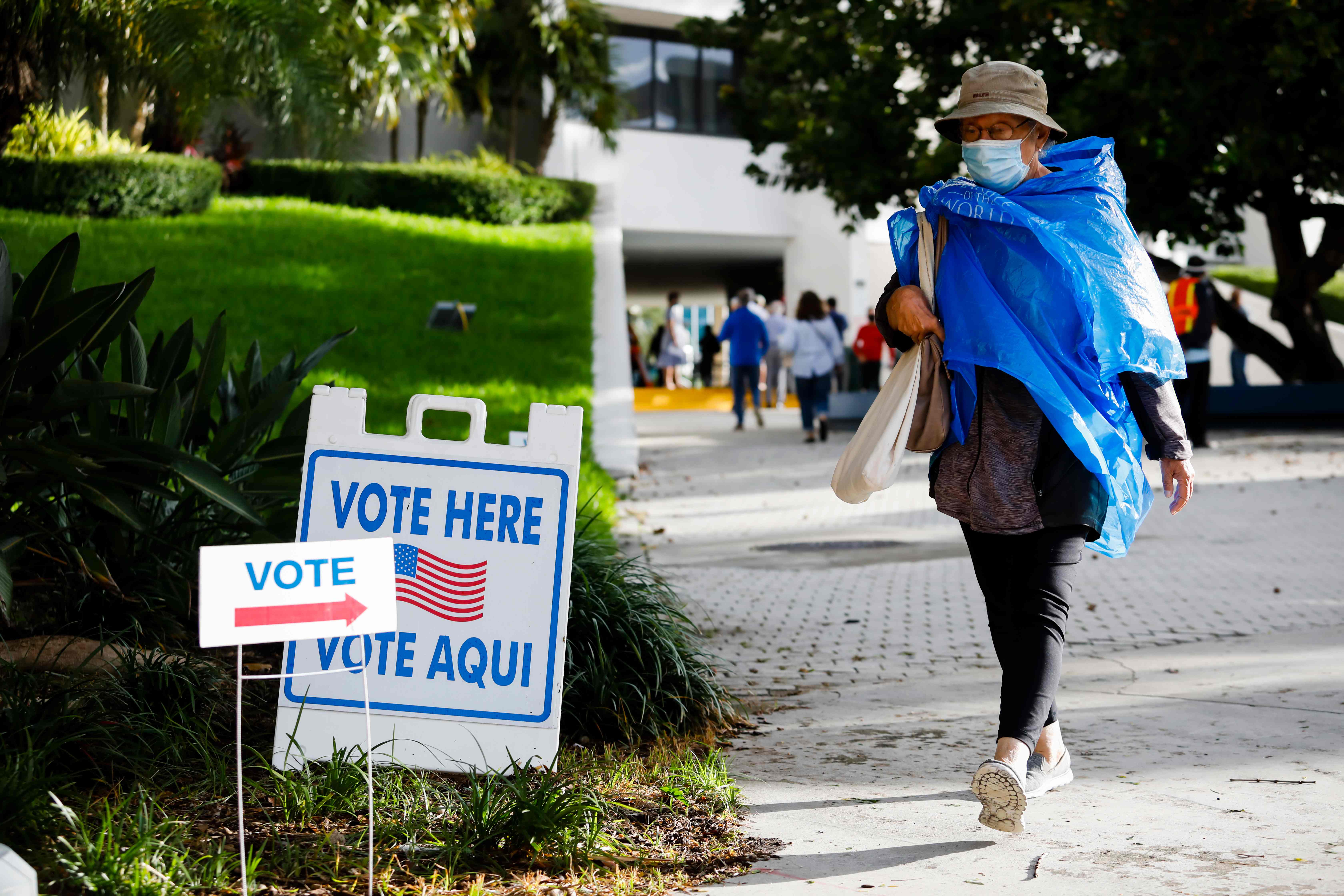 “He took his hand way back like he was going to punch me, and [he] hit me right across the face,” Snow said.

“Broke my earrings off.”

Shaw is also accused of knocking another person at the rally to the ground as they tried to help others.

The 2020 presidential race between Trump and former Vice President Joe Biden is in its final weeks and continues to grow more heated. 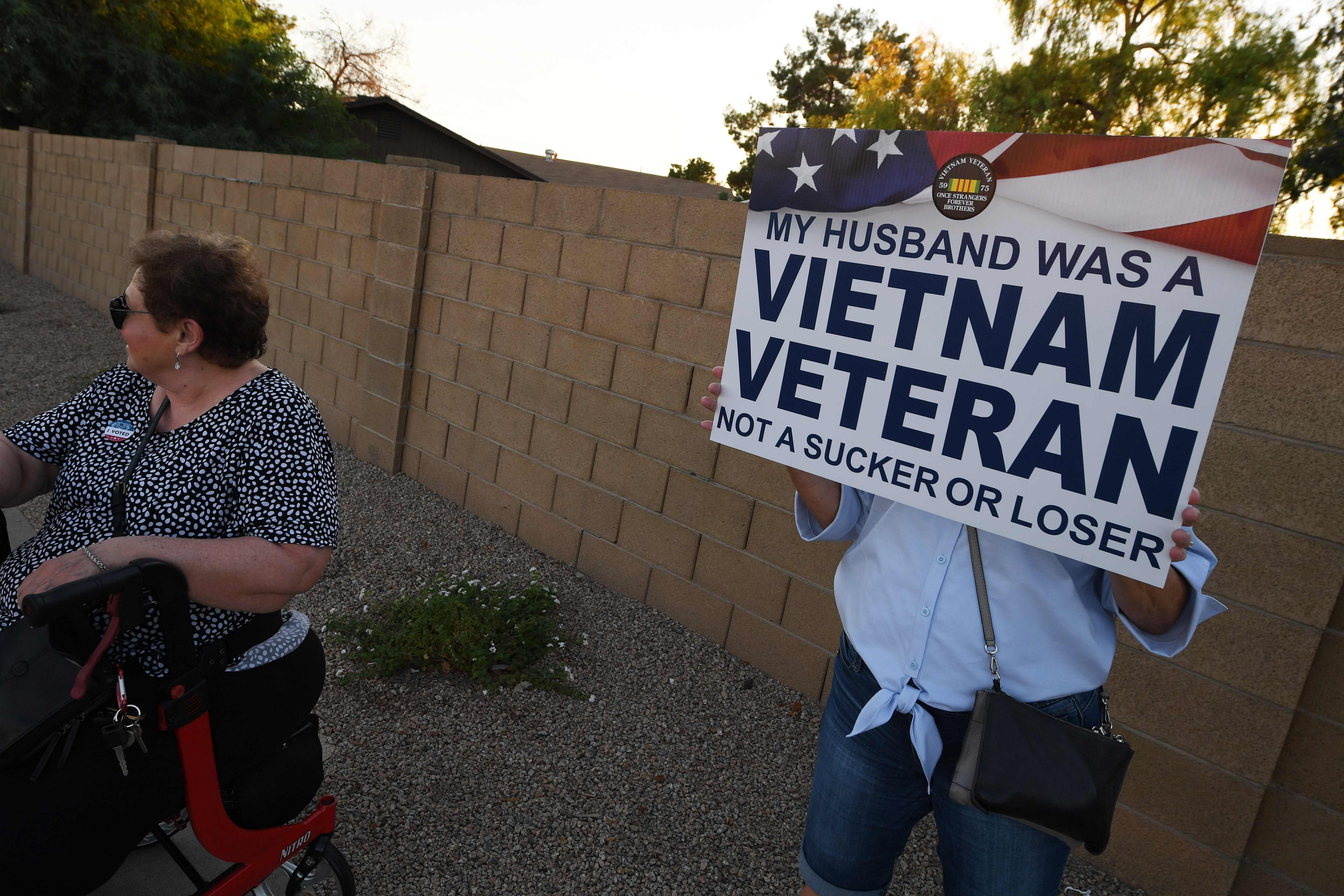 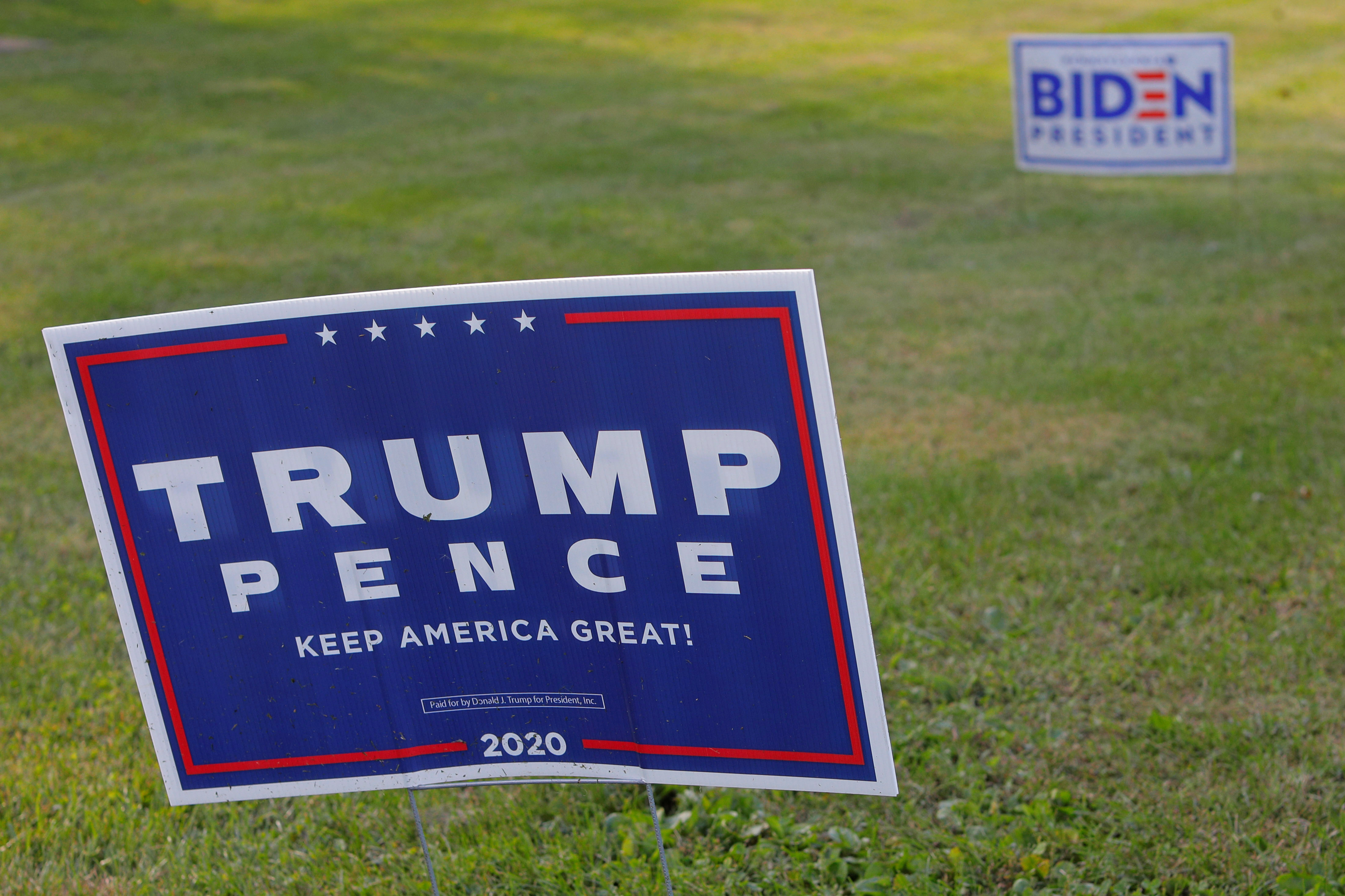 More than 22million Americans have already voted in the presidential election – a record-shattering number of early votes driven both by Democratic enthusiasm and the coronavirus pandemic.

The number of ballots submitted as of Friday night represents 16 percent of all the votes cast in the 2016 presidential election.

Americans’ rush to vote is leading election experts to predict that a record 150million votes may be cast – and turnout rates could be higher than in any presidential election since 1908.

Election Day, November 3, is the final day Americans can vote in the heated presidential race between Trump and Biden.