Home » World News » ‘We are so heartbroken’: Jarrad Lovison’s family speak after arrests over his April death

A heartbroken family desperate for answers over what happened to their 37-year-old son have thanked police and the community for their support after three people were this week charged with murder over the death of Jarrad Lovison.

John and Dianne Lovison, who made a public appeal for help to catch their son's killer earlier this month, say they hope those found guilty receive the maximum sentence for their crimes. 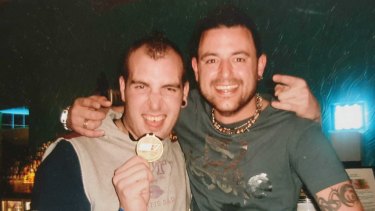 Jarrad Lovison vanished from the side of a rural highway near Moe on April 16 before his body was found in bushland at Moondarra in May.

“We are so heartbroken. We would like to thank all the police and detectives for their tireless pursuit of the offenders responsible for the murder of our beautiful son and bringing them to account for what they have done," the Lovison family said in a statement released on Friday.

"We hope they get the maximum penalty and that justice can be served for Jarrad.

"We would also like to thank all of Jay’s friends and all the people that helped with all the information given to police that has got us to where we are today." 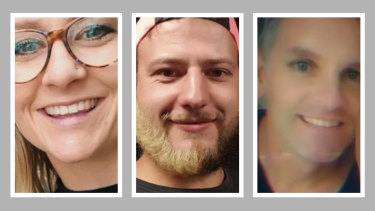 Sweeping raids across the east of the state led to the arrest of five people this week in relation to the death of the 37-year-old Newborough man.

Three were subsequently charged with murder.

Those three – Samantha Grace Guillerme, 24, Jake Brown, 28, and Andrew Price, 47 – all fronted Latrobe Magistrates Court on Tuesday and Wednesday where they were remanded in custody to reappear in court in January.

Mr Price, of Newborough, is currently in a relationship with a former partner of Mr Lovison. The court heard it was his first time in custody.

Mr Brown's lawyer said her client, of Willow Grove, would need some help to manage withdrawal from alcohol during his time in custody. 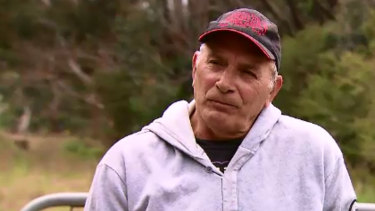 Mr Lovison disappeared from the side of Moe-Walhalla Road during the early hours of April 16 and his body was found on May 23 following extensive appeals for information.

During an appeal for information earlier this month, John Lovison said his family was "living in hell" not knowing what happened to their boy, who has been described as a 215-centimetre "gentle giant".

"It's just hard, it's just so hard, it's been nearly six months and we cry a lot, we scream a lot, we wonder a lot. Jarrad wasn’t perfect but he was a bloody good kid. He didn’t deserve this," John Lovison said at the time.

The matter will return to court on January 7.

The most important news, analysis and insights delivered to your inbox at the start and end of each day. Sign up here.