We must face up to failings… but there’s SO much good in our police, writes Home Secretary PRITI PATEL

This week I saw the very best of policing. I attended the first anniversary of the dedication of the UK Police Memorial in Staffordshire.

Talking to the loved ones of officers who made the ultimate sacrifice was deeply moving.

Everyone who wears the uniform is a human being treasured by others. That’s why the Police Covenant – our pledge to better help police officers and their families – is so important.

Policing is itself a family. I met some new members at a passing out parade in Hertfordshire. It is very reassuring that people are stepping forward to serve their communities, the Crown, and our country. 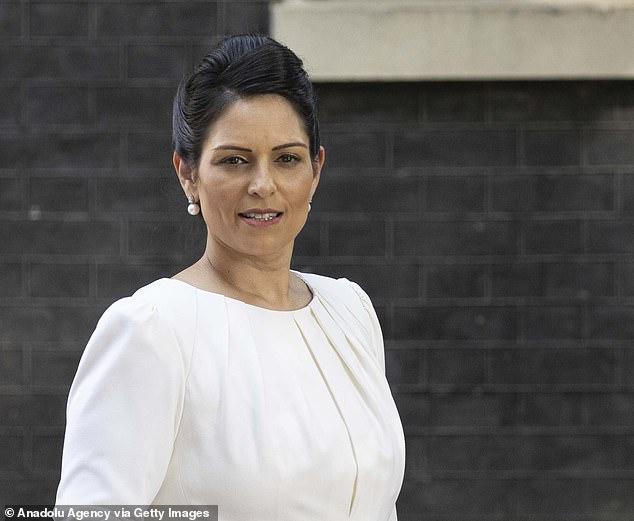 Meeting the very highest standards starts with getting the basics right. As Home Secretary, I have ensured the police have the necessary resources and powers to do just that.

The dedicated service of the majority is less newsworthy than the appalling conduct of a minority. Public trust in the police is vital. I launched a major inquiry into the terrible murder of Sarah Everard by a serving police officer that will also consider other cases of police misconduct. We must confront all failings head on.

Meeting the very highest standards starts with getting the basics right. As Home Secretary, I have ensured the police have the necessary resources and powers to do just that.

Under my unprecedented recruitment drive, we have 13,790 additional officers and are well on the way to 20,000. I fought for and won a record £17billion of investment in policing, supporting successes like Violence Reduction Units and the Safer Streets Fund.

Officers are better protected and have greater powers, such as through the expansion of stop and search and letting special constables carry Tasers.

The police’s priorities should be the people’s priorities. The Government’s Beating Crime Plan has a relentless focus on cutting serious violence, homicide and neighbourhood crime. We now have the first national policing lead on violence against women and girls, Deputy Chief Constable Maggie Blyth.

I have made it crystal clear to police chiefs that they must visit crime scenes and speak to victims. Burglary is an especially destructive crime and I am working closely with police leaders, force by force, to make sure that happens.

Chief Constable Stephen Watson of Greater Manchester Police has pledged that his officers will attend every burglary. Some other forces are doing the same, but the public will feel that all forces must.

Police officers don’t join up so that they can investigate rude messages on social media. They want to make our streets, homes, and public spaces safer – and I back them all the way.