Wealthy financier, 70, and his girlfriend, 49, sue exclusive boatyard over wobbly rudder and smell of rotten eggs on board their £500,000 luxury racing yacht

A wealthy power couple are suing a top boatyard over a wobbly rudder and a smell of rotten eggs on their £500,000 luxury racing yacht.

But their prized new acquisition turned out to be riddled with defects, including a dodgy rudder and a ‘strong smell of sulphur’ from the tap water in the kitchen sink, the pair’s lawyers told London’s High Court.

The smell was caused by the yacht being ‘contaminated’ with a ‘bacterial infection’ after being left moored in ‘polluted esturine water,’ the couple claim.

The contamination means there is a risk of parts corroding. They also complain that the boat has an ill-fitted juddering rudder which vibrates excessively, interfering with their ‘enjoyment of sailing.’ 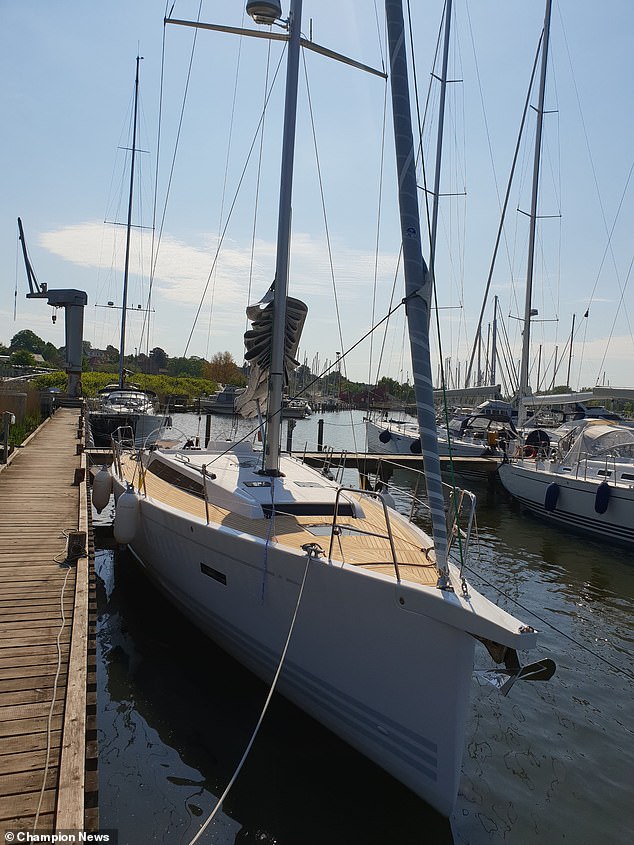 They are demanding their money back, plus damages.

However, the seller and the yacht’s Danish manufacturer, X-Yachts A/S, ‘deny that the yacht did not conform to the contract in the manner alleged’ and say the couple did not reject the delivered yacht within the 28-day limit for doing so.

Mr Huber, 70, is a wealthy financier and director of Mayfair-based MHW Associates, while his partner Ms Lieskovska, 49, is a highly successful investment banker and graduate of Harvard Business School.

She is currently head of insurance at global investment advisers Varde Partners, and was previously an executive director at Lehman Brothers.

They bought the X4.3 vessel from X-Yachts (GB) Ltd in 2017, with the boat having been manufactured at X-Yachts A/S’ boatyard in Denmark, explained Sebastian Kokelaar, the couple’s barrister, in court documents. 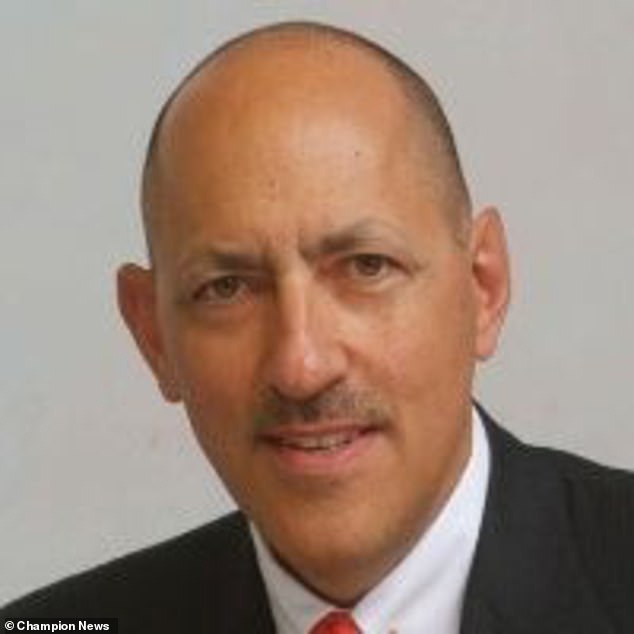 But their prized new acquisition turned out to be riddled with defects, including a dodgy rudder and a ‘strong smell of sulphur’ from the tap water in the kitchen sink, the pair’s lawyers told London’s High Court. Pictured: David Huber

He claimed the brand new Silver X was plagued by ‘various defects’ when his clients took delivery, particularly focusing on a faulty rudder which ‘vibrates excessively interfering with their enjoyment of sailing’.

The rudder initially fitted had to be replaced due to damage in transit, said the barrister, adding: ‘The replacement rudder was damaged before it was fitted, fits poorly into the bearings, and is affected by corrosion’.

‘The design of the rudder is such that it causes violent broaching and extreme heeling, which makes it unsuitable for a yacht marketed as being equally suitable for racing and cruising.’

Mr Hubert noted problems with the rudder as the Silver X sailed downwind and motored as he was conducting sea trials in July 2018, his lawyers claim.

And while the yacht was berthed at Port Frejus in the south of France around the same time he also noticed a strong smell of sulphur while testing the running water in the kitchen sink.

‘The yacht was exposed to water containing hydrogen sulphide formed by the activity of anaerobic sulphate reducing bacteria (SRB) present in the estuary at Haderslev, which caused the anti-fouling coating on the hull to become discoloured and ineffective,’ said Mr Kokelaar.

The bacteria had then entered the yacht’s internal sea water circulation systems, causing the sulphurous rotten-egg smell, he continued.

‘There is a real risk that this has caused – or will cause – microbiologically influenced corrosion to those systems, which would compromise their integrity,’ he added.

An expert report later concluded that the Silver X’s seawater systems had been contaminated by bacteria from the Danish estuary beside the boatyard where it was built, he said.

This meant the protective anti-fouling coat on the Silver X was now ‘unfit for purpose’, creating a major risk of corrosion.

The only sure way of eliminating that risk was through a costly and major overhaul, the couple’s lawyers claim.

Mr Huber and Ms Lieskovska are now suing X Yachts (GB) Ltd, of Southampton, for a refund of the £510,000 purchase price, plus expenses – or for a court order directing the company to repair or replace the Silver X.

They are also seeking £172,000 from the Haderslev, Denmark-based boat manufacturers X Yachts A/S who, under the terms of purchase, had received part of the sale price in the form of the couple’s old yacht, which was valued at £172,000.

However, they accept that, if the seller – which is the manufacturer’s UK dealer – refunds the purchase price in full, they would not be able to get the £172,000.

They claim the defects breached their sale contract and the terms of the 2015 Consumer Rights Act.

But both companies deny that the yacht was defective as alleged, also insisting that the Consumer Rights Act did not apply to the sale.

‘Further, they deny that the yacht did not conform to the contract in the manner alleged and say that the claimants did not validly exercise the right to reject because the time limit for doing so had already expired by 28 July 2018,’ added Mr Kokelaar.

The case reached court for a preparatory hearing last week, ahead of a full trial of the claim later this year.