Home » World News » What is the Blue Origin launch schedule?

JEFF Bezos is hot on the heels of Sir Richard Branson and set to launch himself and his crew to the edge of space.

The team, travelling in the rocket New Shephard, are set to take off from west Texas. 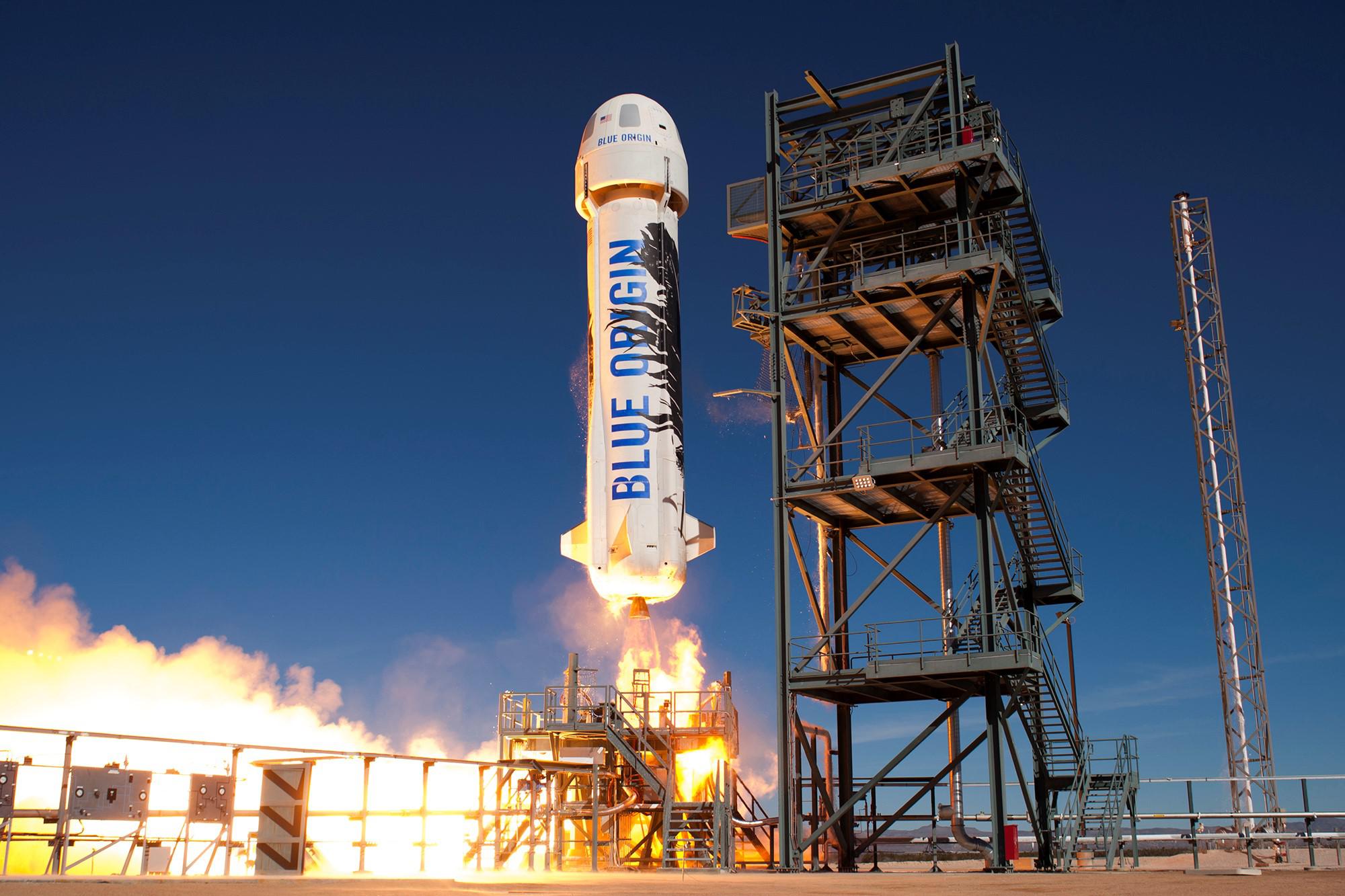 What is the Blue Origin launch schedule?

Blue Origin is scheduled for lift-off from west Texas on July 20, 2021.

It is due to take off tomorrow from “Launch Site One” in Van Horn, Texas.

Amazon founder and billionaire Jeff Bezos along with his crew are set to fly up to 66 miles above the Earth, 13 miles higher than his rival Richard Branson who flew to the edge of space on July 11.

Bezos told Good Morning America the purpose of the flight was to establish reusable space vehicles that can take people to space “again and again” and allow the next generation to use space resources to improve life on Earth.

How can I watch the Blue Origin launch?

A live stream of the event starts at 12:30pm on the Blue Origin’s website.

Lift-off is targeted for 8am local time and 1pm UK time.

The company will also be sharing mission updates all day via @BlueOrigin on Twitter.

Unfortunately, anyone wanting to see the launch in person won’t be able to.

The launch site is around 25 miles north of the town of Van Horn, and around 120 miles southeast of El Paso – close to the Mexican border.

Blue Origin says that the Texas Department of Transportation will be closing a portion of State Highway 54 adjacent to the launch site.

And spectators won’t be allowed on the closed portion of the road during launch.

In fact, Blue Origin has made a point of keeping the exact location of the site very secret.

Who will be on the flight?

Amazon founder Jeff Bezos appeared with his crew in a series of interviews 24 hours before their trip into space with the team saying they were ready to go.

Along with Bezos, the crew consists of his brother Mark, 53, trailblazing aviator Wally Funk, 82, and 18-year-old Oliver Daemen, the company’s first paying customer.

Funk will become the oldest person ever to go into space, and Daemen will be the youngest.

The crew will travel in the capsule called New Shephard.

Mark Bezos previously worked as an advertising executive, after he founded his own marketing agency and then sold it in the 2000s.

He then became an executive at Robin Hood, a poverty-fighting charity in New York City.

Mark served as a volunteer firefighter in Westchester County, New York, for more than a decade.

Funk trained to be an astronaut in the 1960s but was never given the chance to fly.

She was the youngest graduate of the Woman in Space Program, a privately-funded project dedicated to finding the best female astronauts in the US.

Daemen took a year off before going back to school to obtain his private pilot's license.

The young astronaut will be attending the University of Utrecht in the Netherlands starting September 2021 to study physics and innovation management.

According to the Blue Origin website, Daemen has been fascinated by all things space since he was 4-years-old.

How long is the flight?

The trip is expected to take 10 minutes which includes around four minutes of weightlessness.

Once New Shephard has taken off from the launch pad it is predicted it will take three minutes to get high enough for the rocket booster to fall away, leaving the crew in a weightless environment for a few minutes before the Earth’s gravitational pull starts to drag them back down to the planet.

Their descent will be slowed by parachutes and they are due to land back in the Texas desert where a recovery crew will be waiting for them.