Why did the Aussies reject Lex Greensill’s ‘pay day loan’ app that David Cameron tried to sell them at Davos? 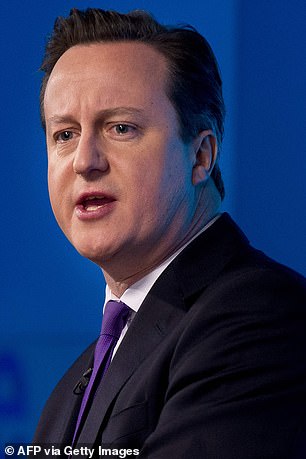 The former Prime Minister, a paid advisor to Greensill, met with the then Australian finance minister Mathias Cormann at the World Economic Forum in the Swiss ski resort Davos in January last year

David Cameron lobbied the Australian Government over a wage-payment app on behalf of financier Lex Greensill – but the plan was rejected on the grounds it was ‘too similar’ to pay-day lending.

The former Prime Minister, a paid advisor to Greensill, met with the then Australian finance minister Mathias Cormann at the World Economic Forum in the Swiss ski resort Davos in January last year.

Mr Cameron was attending in his capacity as president of Alzheimer’s Research UK and the meeting with Mr Cormann was arranged by another senior Greensill employee.

The app would potentially have allowed 150,000 public sector workers to draw part of their earned salary without waiting for pay day.

But a leaked departmental briefing prepared for Mr Cormann ahead of his meeting with Mr Cameron urged caution over what it described as a ‘wages on demand’ scheme.

But the briefing document added: ‘The scheme would be economically similar to pay-day lending, except that the financing and administration costs are met by the employer, not the employee, and – at the end of each pay period – the employer would be responsible for repayment direct to the lender.’

The meeting is understood to have been set up by Greensill Capital’s Asia-Pacific chairman and former Australian foreign affairs minister Julie Bishop. 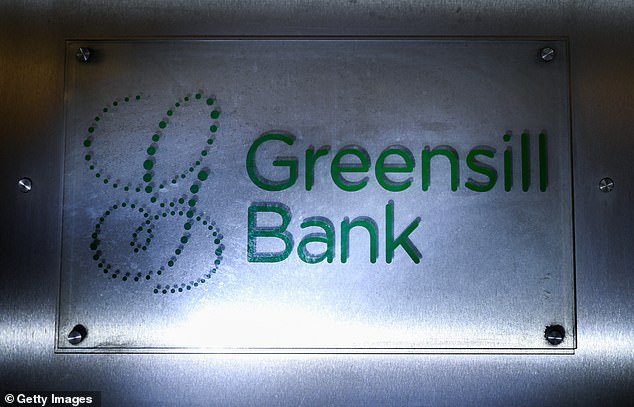 The Australian Department of Finance last night said it had ‘nothing further to add to what has been attributed to us’ in the leaked report, which was published in The Australian newspaper last July.

He said at the time the service was free to use for the NHS and its workers and equivalent to offering ‘a free cup of tea’.

It is understood the Earnd app, which included Lord Blunkett on its advisory board, has not been endorsed by the Department of Health and Social Care.

It was adopted by ‘a small number’ of NHS trusts each with an estimated 150 active users, a health service source said. 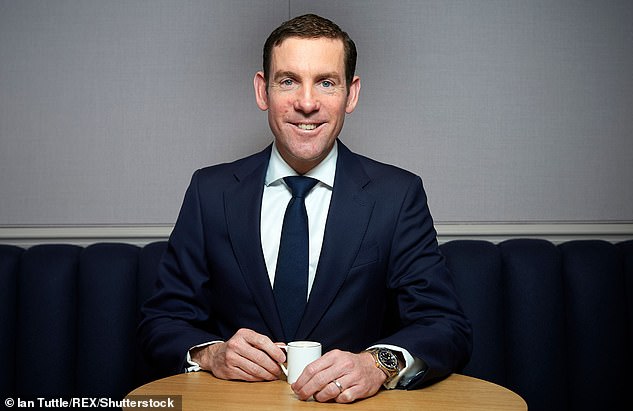 It is not clear how Mr Greensill (pictured) planned to make money from the app. But sources said it was possible he would have launched the platform as a free NHS service, then charged private firms for offering the service to their workers

Pay-day loans have been villified for high rates of interest that draw borrowers into ever-deeper debt. The terms of the Australian wage-advance negotiations have not been made available and it is not clear what prompted the comparison.

One source familiar with Earnd insisted it was ‘the antidote to pay-day lending, as there is absolutely no charge, fee or interest rate’.

It is not clear how Mr Greensill planned to make money from the app. But sources said it was possible he would have launched the platform as a free NHS service, then charged private firms for offering the service to their workers.

The document says: ‘We are incredibly proud that we are able to support the NHS in England in this way, particularly during the Covid-19 crisis, and we would like to be able to offer our product in other jurisdictions around the globe, including in Scotland, where we think it could make a real difference to the lives of low-paid employees in particular.’

By Jon Ungoed-thomas For The Mail On Sunday

A tycoon at the centre of a lobbying scandal engulfing David Cameron boasted that the former Prime Minister set up a meeting between him and Barack Obama that paved the way for the magnate’s finance firm to strike deals across the world.

Lex Greensill claimed Mr Cameron brokered an introduction to the then US President while the Australian financier was working as a Downing Street adviser.

Mr Greensill said the meeting led to him securing a similar foothold in the White House. 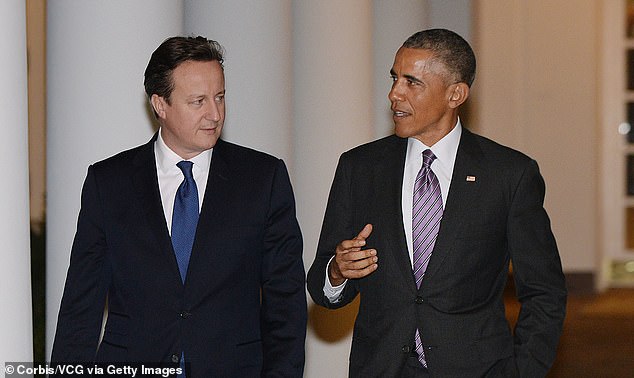 A tycoon at the centre of a lobbying scandal engulfing David Cameron boasted that the former Prime Minister set up a meeting between him and Barack Obama that paved the way for the magnate’s finance firm to strike deals across the world. They are pictured in 2015

At the time, Mr Cameron is said to have had share options potentially worth tens of millions of pounds. Mr Cameron was last week cleared of breaking lobbying rules, but questions over his activities with Greensill Capital persist.

Mr Greensill’s business model was to provide quick loans to companies that did not want to wait until they received payment from their customers.

Two years ago, the company said it had provided financing worth more than £100 billion to ten million customers in 175 countries.

But Greensill Capital sunk into administration this month when it emerged that many of its loans were unlikely to ever be repaid.

One casualty of its spectacular collapse has been one of its clients, Liberty Steel, which employs 3,000 across Britain.

This weekend it was seeking an emergency £170 million Government bailout to stay afloat.

In a 2018 interview – the same year he hired Mr Cameron as an adviser to his firm – Mr Greensill boasted of his influence on both sides of the Atlantic.

He told The Australian newspaper: ‘David wanted advice [when he was PM]. It was really around, ‘How do we get credit to small companies and what things can we do? And then David introduced me to Barack Obama and I did a similar thing for the Obama administration.’

Mr Greensill subsequently signed up General Mills, Kellogg and AstraZeneca. With technology partner Taulia it used a picture of the White House in some marketing material.

In 2017, during an interview with the Australian TV network ABC News, Mr Greensill said: ‘One of the great things about being able to have an office at Downing Street, as I did, and indeed to also advise the President of the United States, is that they really do want to hear and to understand what the challenges of the real people are.’

The 44-year-old’s apparent association with two world leaders drew praise in the Australian parliament in February 2018, days after he was awarded a CBE at Buckingham Palace by Prince Charles.

Indeed, Mr Greensill reportedly wielded enough influence as one of the Cameron administration’s Crown representatives – experts who act as a focal point for particular groups of providers looking to supply to the public sector – to claim he had a security pass to the Cabinet Office and a desk inside No 10.

He covered the walls of his Covent Garden office with photographs of him shaking hands with dignitaries and operated four private jets.

Lord Myners, a former Financial Services Secretary, has been raising concerns about Greensill Capital for two years and believes the saga illustrates a lack of robust regulation.

‘Greensill’s business would not have grown as it did without Cameron as a figurehead,’ he said.

Mr Greensill, a farmer’s son from Queensland, launched his company in 2011 after witnessing the financial pressures suffered by his family because of delayed payments.

In 2012, Mr Cameron announced a cheap loan scheme to help pharmacists during delays in payments from the NHS.

For Mr Greensill – who had advised the Cameron administration on the plan – it provided a golden opportunity to expand his business interests because it put supply-chain finance into the mainstream. The scheme for chemists, initially run by Citibank, is now subcontracted to Greensill Capital.

Sanjeev Gupta, the boss of Liberty Steel, used Greensill Capital to bankroll his global spending spree in the steel, aluminium and energy industries.

A whistleblower alerted the Financial Conduct Authority about the investments in March 2018, yet the State-owned British Business Bank announced in June 2020 that Mr Greensill had been accredited as a lender for the Coronavirus Business Interruption Loan Scheme, which helps small businesses.

The financier then lobbied unsuccessfully for loans from the Government’s Covid Corporate Financing Facility, set up to help big firms – an effort that Mr Cameron tried to assist. Mr Greensill’s dream of floating his company on the Stock Exchange with a £5.8 billion valuation now lies in ruins and any chance of Mr Cameron netting tens of millions of pounds for his reported one per cent stake in the firm is gone.

GFG Alliance, which includes Liberty Steel, said its lending arrangements were confidential but it had improved performance of its major businesses.

There is no suggestion of wrongdoing by Mr Gupta, his firms, or Mr Greensill. Neither Mr Greensill nor Mr Cameron responded to a request for comment.