The US Navy’s 5th Fleet says it is assisting two oil tankers reportedly targeted in a deliberate attack. Iran’s official news agency IRNA said that 44 sailors on the affected ships have now been rescued by the Iranian navy – intensifying the mystery over who carried out the offence. The attack comes a week after the UAE appeared to blame Iran for attacking four more vessels in the same sea.

One Norwegian ship is confirmed to be both adrift and on fire, according to a maritime intelligence firm.

A spokeswoman said: “We are deeply concerned by reports of explosions and fires on vessels in the Strait of Hormuz.

“We are in contact with local authorities and partners in the region.”

The incident is yet another blow as crisis grips the region – and oil prices have already shot up by a reported 4.1 percent. 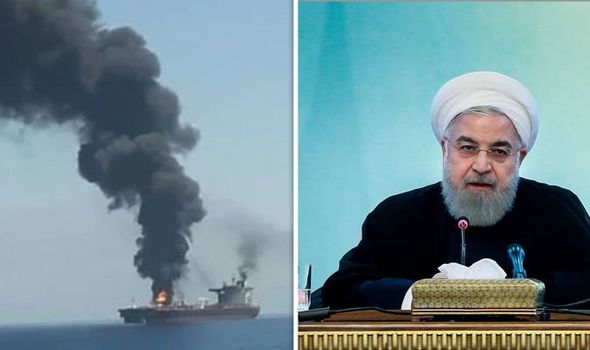 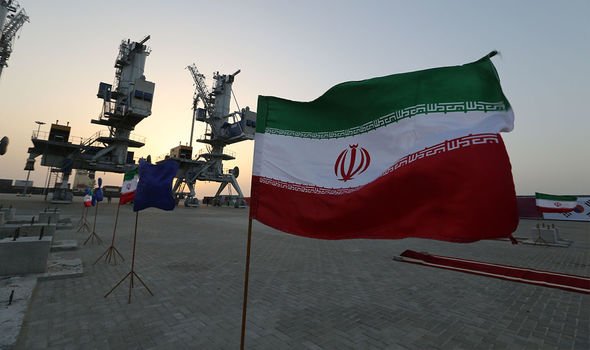 The flashpoint comes as Japanese premier Shinzo Abe is in Tehran in an attempt to soften tensions between the US – a primary ally of Saudi Arabia – and Iran.

Mr Abe is on the second day of his visit, in which he will meet Iranian President Hassan Rouhani and Supreme Leader Ayatollah Ali Khamenei in an attempt to mediate between Washington and Tehran.

However, the latest incident in the Gulf of Oman could quash any chance of more peace talks if the hostilities end up being linked to Iran.

The attack also comes as Saudi Arabia labelled an attack on Abha airport a war crime and said they would “take stern” action to punish the Houthi rebels – and their alleged Iranian funders – responsible.

The Yemeni group launched a missile at the Saudi airport that left 26 people injured yesterday as the projectile hit the arrivals hall.

The Saudi-led coalition – which includes many Gulf States and is supported by the UK and US – has vowed to respond.

A Houthi-run TV station said there have already been two air raids near the capital Sanaa. 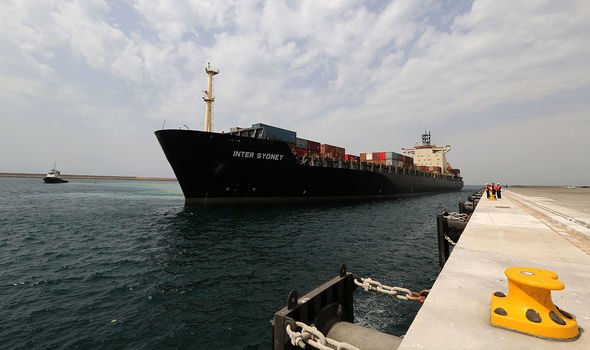 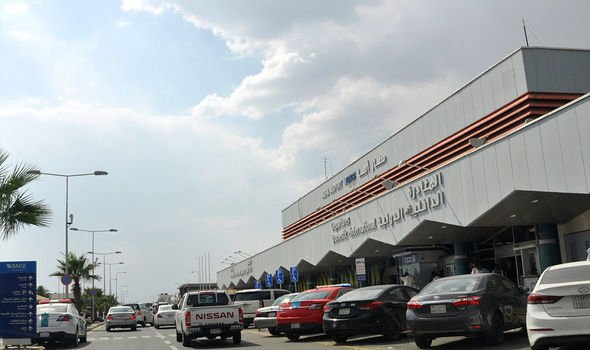 The incident was the latest in a series of attacks by the Houthis, who have stepped up their cross-border offense in recent weeks.

Coalition spokesman Turki al-Malki said: “This proves this terrorist militia’s acquisition of new advanced weapons and the continuation of the Iranian regime’s support and waging of cross-border terrorism.”

Saudi officials and state media also weighed in on the situation as tensions ramped up in the region.

“The Iranian regime is the only party in the region that has been pursuing reckless escalation.”

Iran has been accused in the past by the Saudi coalition of funding Yemeni rebels, who took power in 2015 after a militant revolution.