Home » World News » ‘Zombie’ man, 33, who burned himself to death outside the White House ‘was hallucinating on Spice laced with Angel Dust’

THE "zombie" man who died after setting himself on fire outside the White House was "hallucinating after taking Spice laced with Angel Dust".

Police sources are said to have confirmed that Arnav Gupta, 33, had taken the drug K2 which had been laced with PCP. 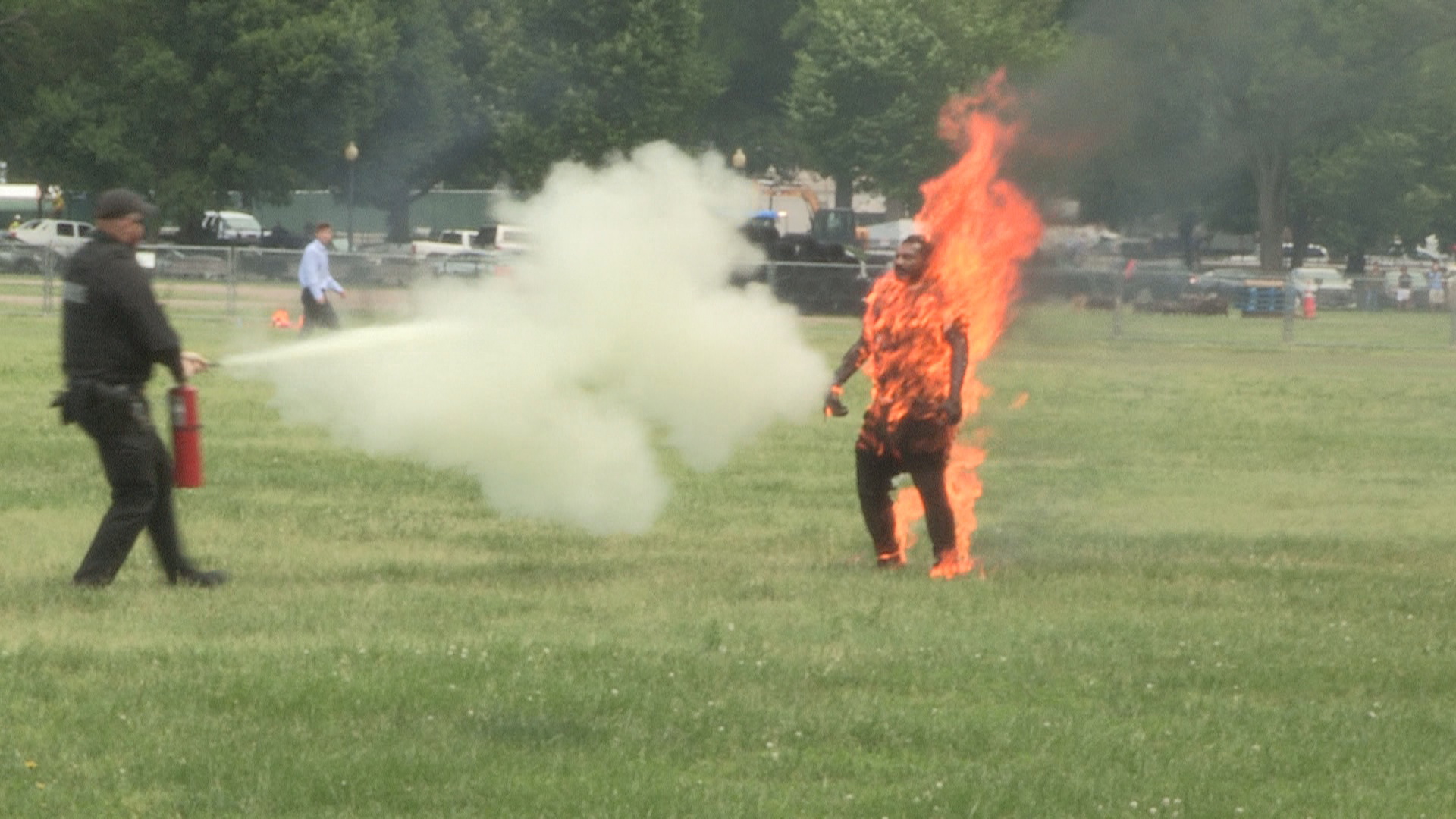 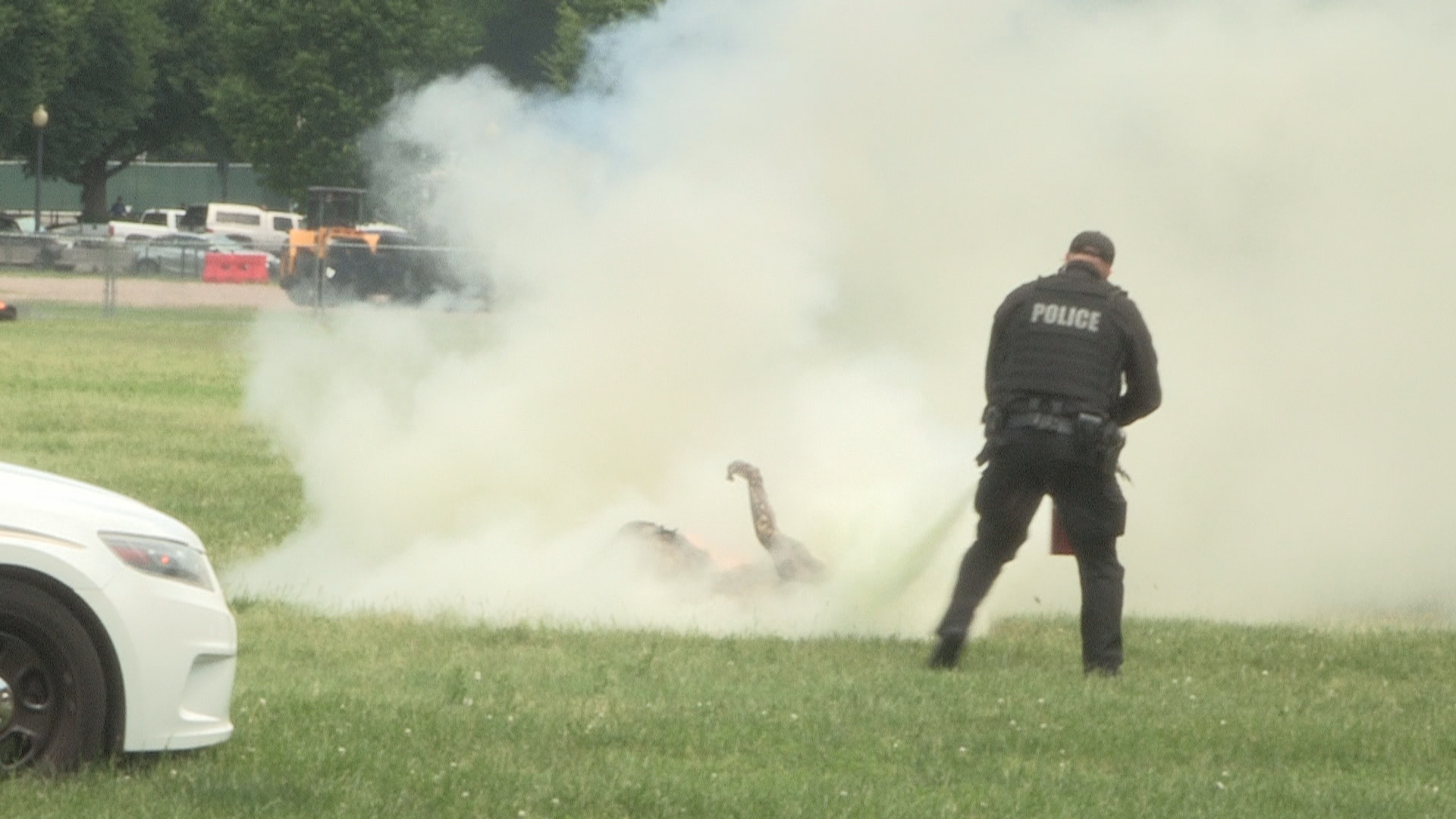 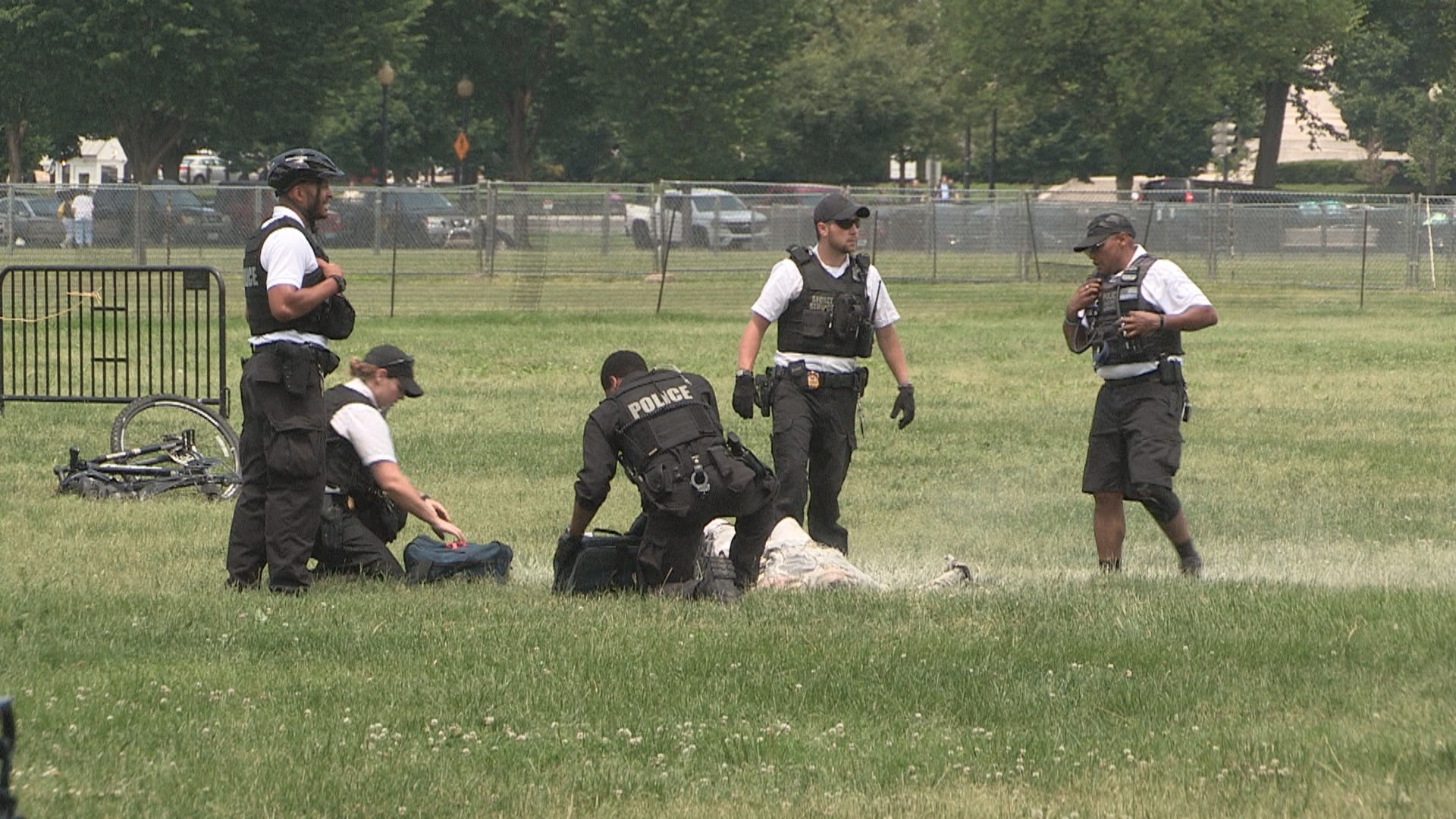 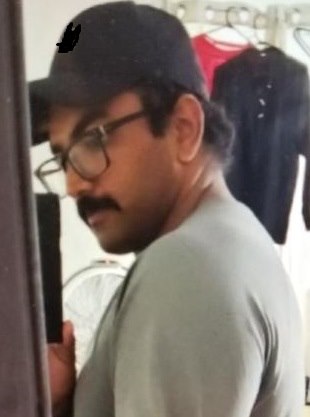 Gupta, from Bethesda, Maryland, had been reported missing by his family yesterday, about the time he was seen setting himself on fire on a lawn at Ellipse Park near the White House.

His motive remains unclear but TMZ today reported that unnamed police sources said he was hallucinating on K2 — a form of synthetic cannabis known as Spice — along with PCP.

Gupta’s family reported him missing after he left home at 9.20am.

At 12.20pm emergency services found the human torch, who reportedly suffered 85 per cent burns to his body, in an area in Washington DC known as The Ellipse or President's Park.

Disturbing pictures from the scene show him being blasted with fire extinguishers while he was lying on the lawn less than a mile from the White House.

The 52-acre park lies between the home of the US president and the Washington Monument.

The man was rushed to a nearby hospital while battling "life-threatening" injuries after suffering 85 per cent burns to his body and died in the evening, according to the US Park Police.

Secret Service officials said the agency had "responded in seconds" to the incident.

The investigation has been handed over to the Metropolitan Police Department.

US President Donald Trump was working in the Oval Office in The White House during the incident, officials confirmed.

Police found a suspicious burning package near the man which was also extinguished, reports TMZ.

An unnamed eyewitness said: "Like a torch, his whole body was on fire.

"He was just walking like a zombie or something. Just straight, he wasn't running and screaming or anything. He was walking straight. Then they put the extinguisher on him and put his [fire] out and that's it."

Alina Berzins, 17, said she was visiting the National Mall with her two cousins when “we saw this man” on the Elipse and “he starts running, and then we saw him covered in flames.”

She said several dozen cops suddenly appeared on the scene and were joined by a helicopter and multiple fire engines.

Berzin’s dad posted a video his daughter took on Twitter, writing: “Video of the person that was literally engulfed in flames on the #WhiteHouse lawn. Unbelievable.”

The video shows a man in flames for several seconds before emergency services douse him with water, with the White House visible in the background.

A school bus is also seen pulling up on the road beside the park in the video although it is not known if children were on it and they witnessed the horror.

He starts running, and then we saw him covered in flames

Park Police and US Secret Service responded to the incident, put out the fire and began first aid on the stricken man before he was taken to hospital.

Jeffrey Adams, from the US Secret Service told The Sun: "Today at approximately 12.20 pm, a male individual lit himself on fire while on the Ellipse near 15th and Constitution Ave.

Sgt. Eduardo Delgado, of the Park Police, said cops still did not know the man's motive.

A spokesman for the Washington Fire Department told CNBC: “I can confirm that we’ve transported one patient with burns from the Ellipse and we’re now on the scene assisting law enforcement."

The substance was declared unfit for human consumption by the very person who invented it.

Organic chemist John Huffmann accidentally created it in 2006 when searching for a new way of developing anti-inflammatory medication.

Two years later the substance began surfacing on websites, usually advertised as a form of incense or plant fertiliser.

The drug has been described as similar to cannabis but others have cited effects more like powerful hallucinogenics such as LSD.

An even more dangerous crystal form emerged in 2017, believed to be around 20 times more potent than the "usual" strain. 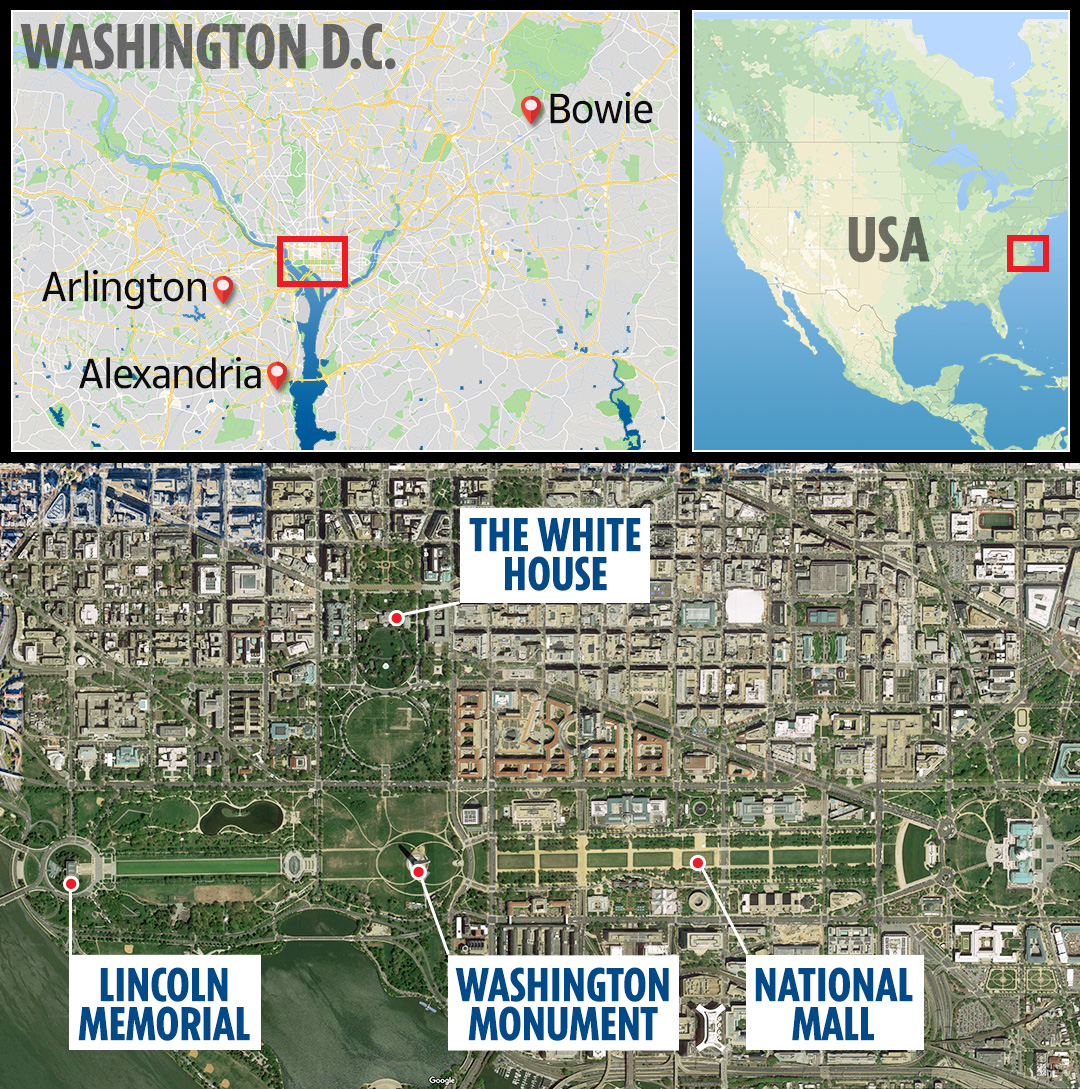 The incident happened soon after Special Counsel Robert Mueller made a public statement insisting it was “not an option” for his office to have charged Trump during his inquiry into Russian meddling in the 2016 election.

This is not the first time this year someone has set themselves on fire in the heart of American democracy.

On April 12, a man in an electric wheelchair-style scooter set himself ablaze near the same fence. 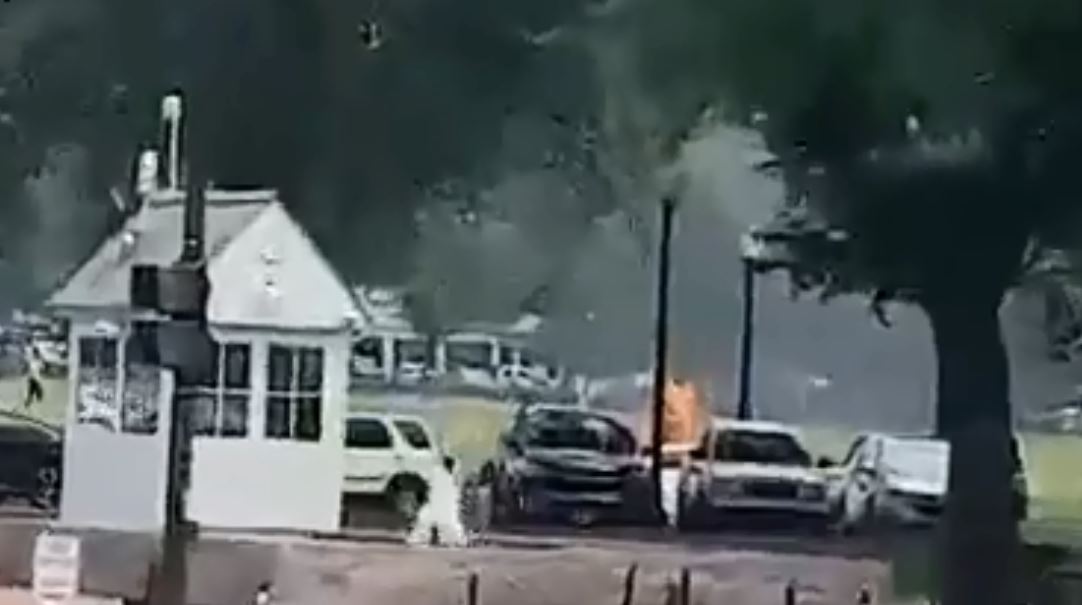 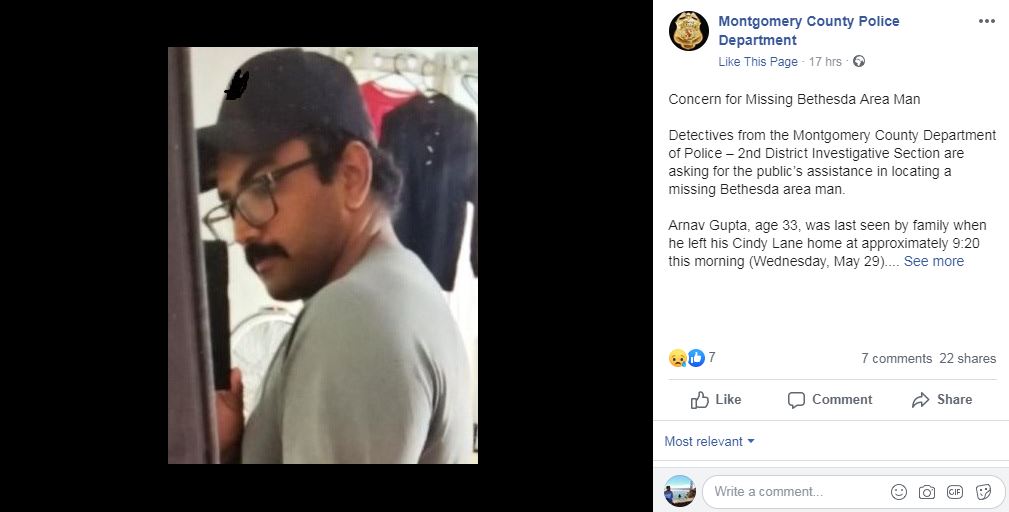 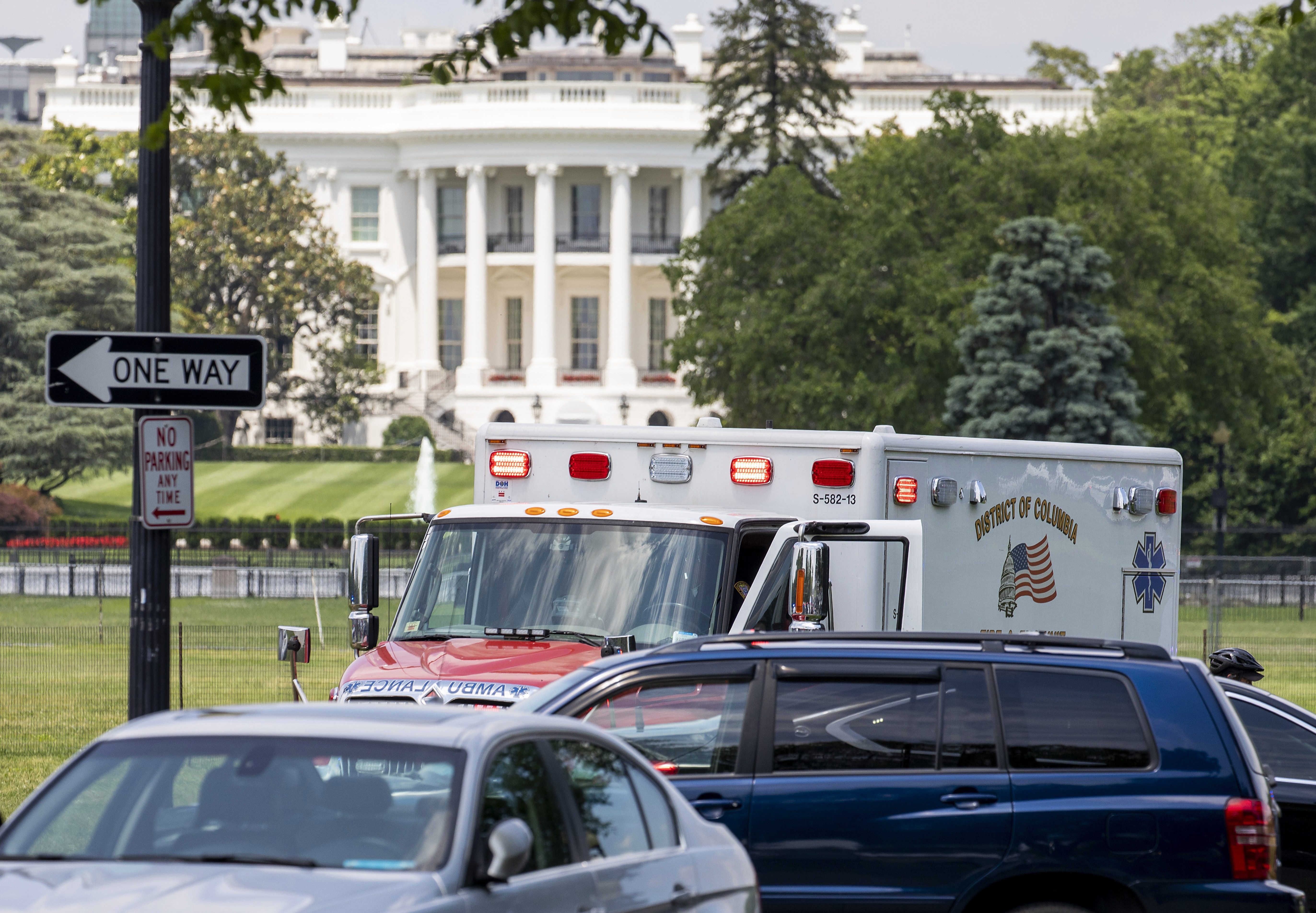